"I had a surgery to remove the piece, it was a loose part that was after locking my knee, I couldn’t straighten it. It was kind of ongoing then.”

As the eyes flick over the Oulart-The Ballagh team sheet ahead of today’s 2020/2021 AIB All-Ireland senior club camogie final against Bill and Agnes Carroll Cup holders Sarsfields at UPMC Nowlan Park (RTÉ 2 – throw-in 1.30pm), you are transported back in time to when Wexford dominated the inter-county scene.

Ursula Jacob, Karen Atkinson and the Leacy sisters, Mary and Úna, are the epitome of achievement and leadership. Each of the revered quartet lifted the O’Duffy Cup as Wexford won four out of six All-Irelands from 2007 to 2012, including a three-in-row.

END_OF_DOCUMENT_TOKEN_TO_BE_REPLACED

Úna Leacy also skippered Oulart-The Ballagh to their first club title in 2012, six months before Atkinson led the three-in-a-row Wexford team in that unforgettable year for the two-parish combo, and it was Atkinson who got to join the younger Leacy in a rare county/club captaincy double when leading the black and red contingent up those Hogan Stand steps again six years ago. 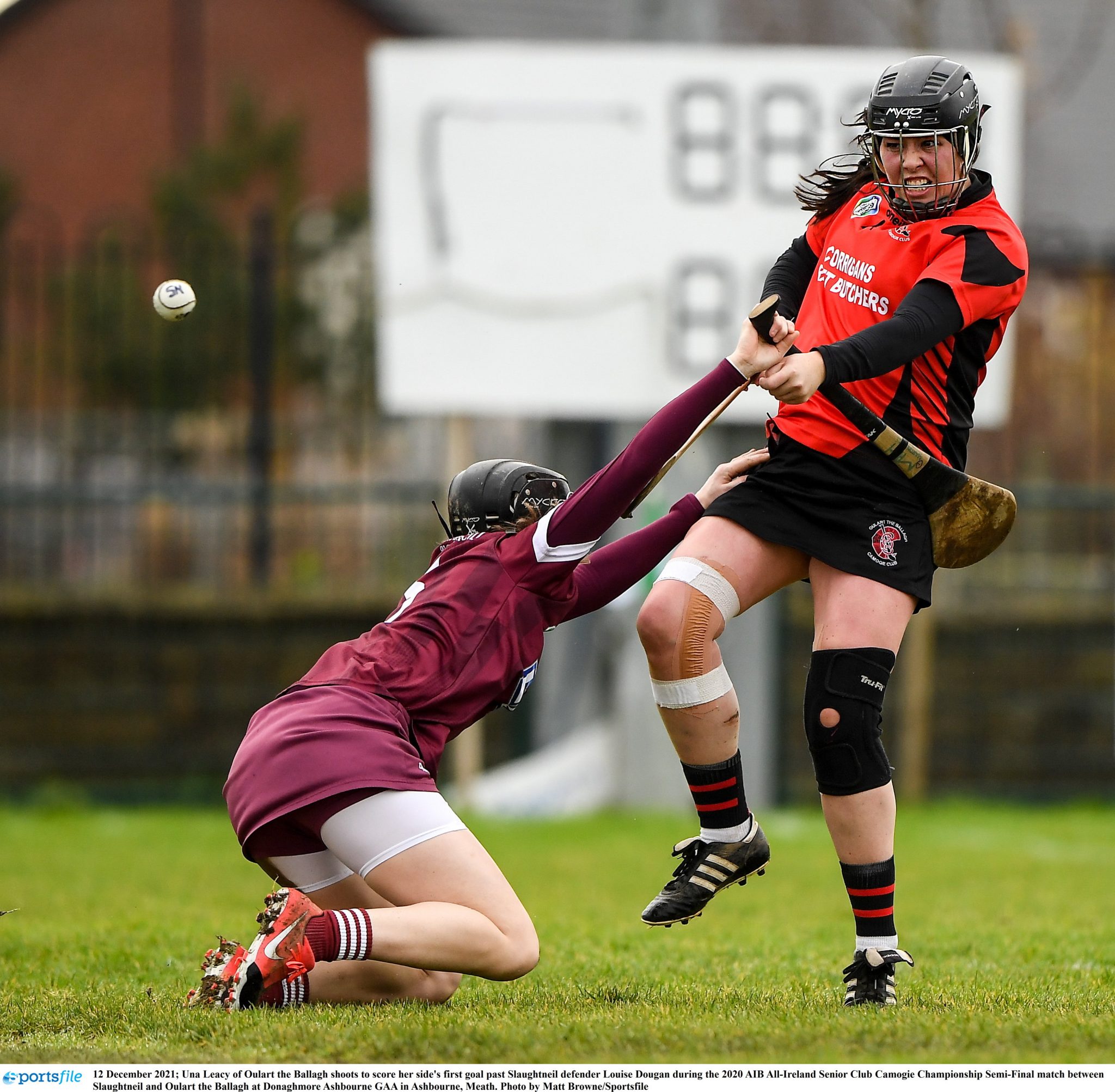 Meanwhile, the likes of Ciara Storey, Aideen Brennan and the Kehoe twins, Shelley and Stacey, (whose brother Barry was captain of the team that secured the club’s first Leinster hurling title, also in 2015, and is Úna’s partner) have been part of Wexford and Oulart-The Ballagh outfits that went the distance as well.

The Leacys were reared in an environment of excellence of course, their mother Margaret (née O’Leary) a member of the centenary team of the year at wing-back, though she was equally effective at midfield. Margaret garnered five All-Ireland club titles with Buffers Alley, three with Wexford.

END_OF_DOCUMENT_TOKEN_TO_BE_REPLACED

That passion for the game inculcated from the cot means her daughters will line out today when it would have been very easy not to. Mary, now married to Richard Hughes, gave birth to her second boy, Matthew in July but hardly missed a beat in the intervening period. 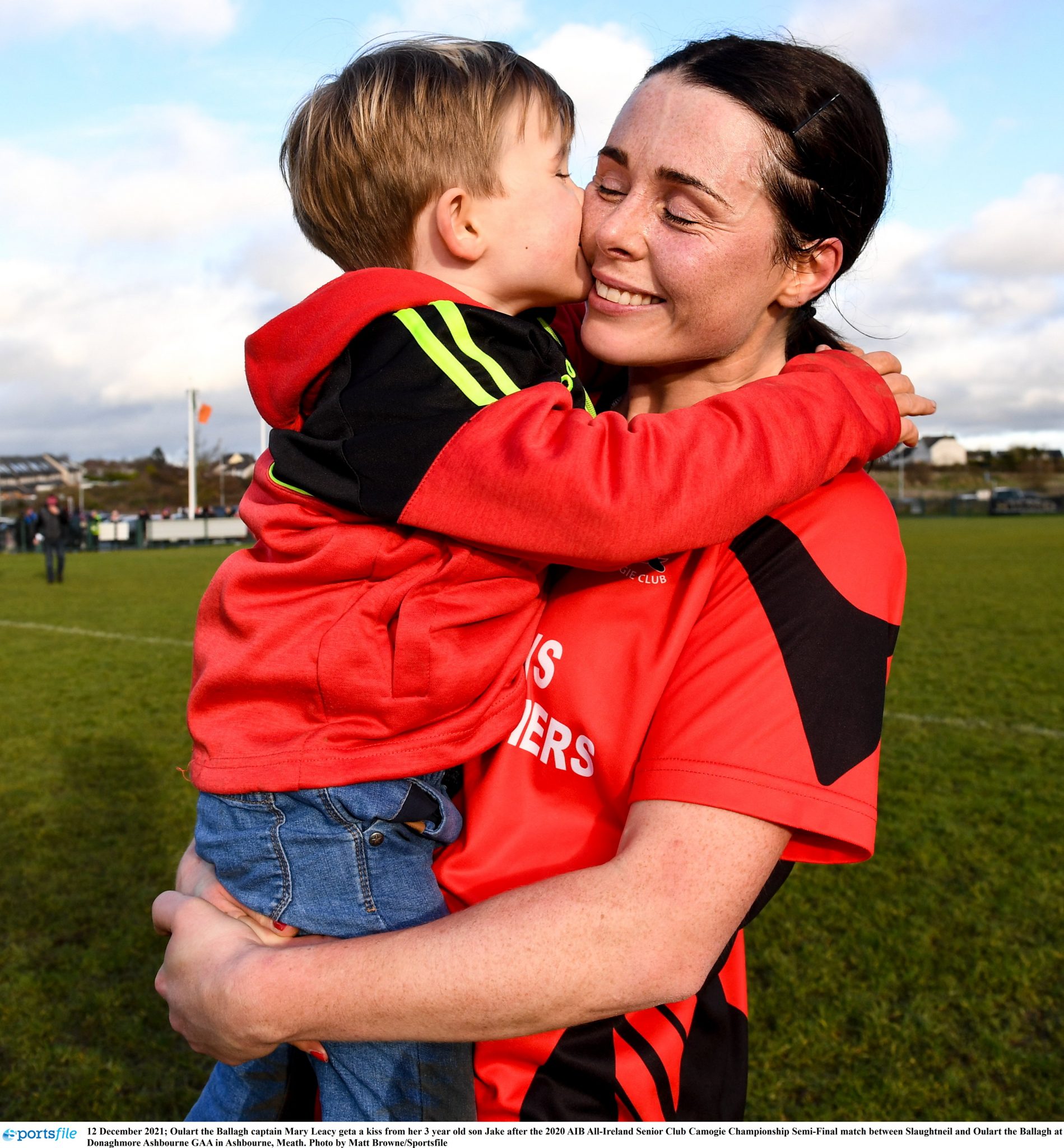 She is now little more than an hour away from joining her younger sister and Atkinson as victorious All-Ireland captains of club and county, with a fourteenth county medal and seventh Leinster memento from the 2021/2022 campaign already pocketed.

Úna also exemplifies the motto of the AIB club championships in terms of being #TheToughest, refusing to give in to two knees she has been waging war with from long before bursting onto the scene with a two-goal performance at Croke Park in Wexford’s famous All-Ireland final defeat of Cork in 2007, while still a teenager.

“I had a fracture in my knee when I was probably 11 years of age,” Úna details. “That was on my right knee. Then when I was 17, a piece of meniscus or bone or something broke off.

"I went to two consultants, Tadhg O’Sullivan and Dr Pat O’Neill in Dublin. I had a surgery to remove the piece, it was a loose part that was after locking my knee, I couldn’t straighten it. It was kind of ongoing then.” 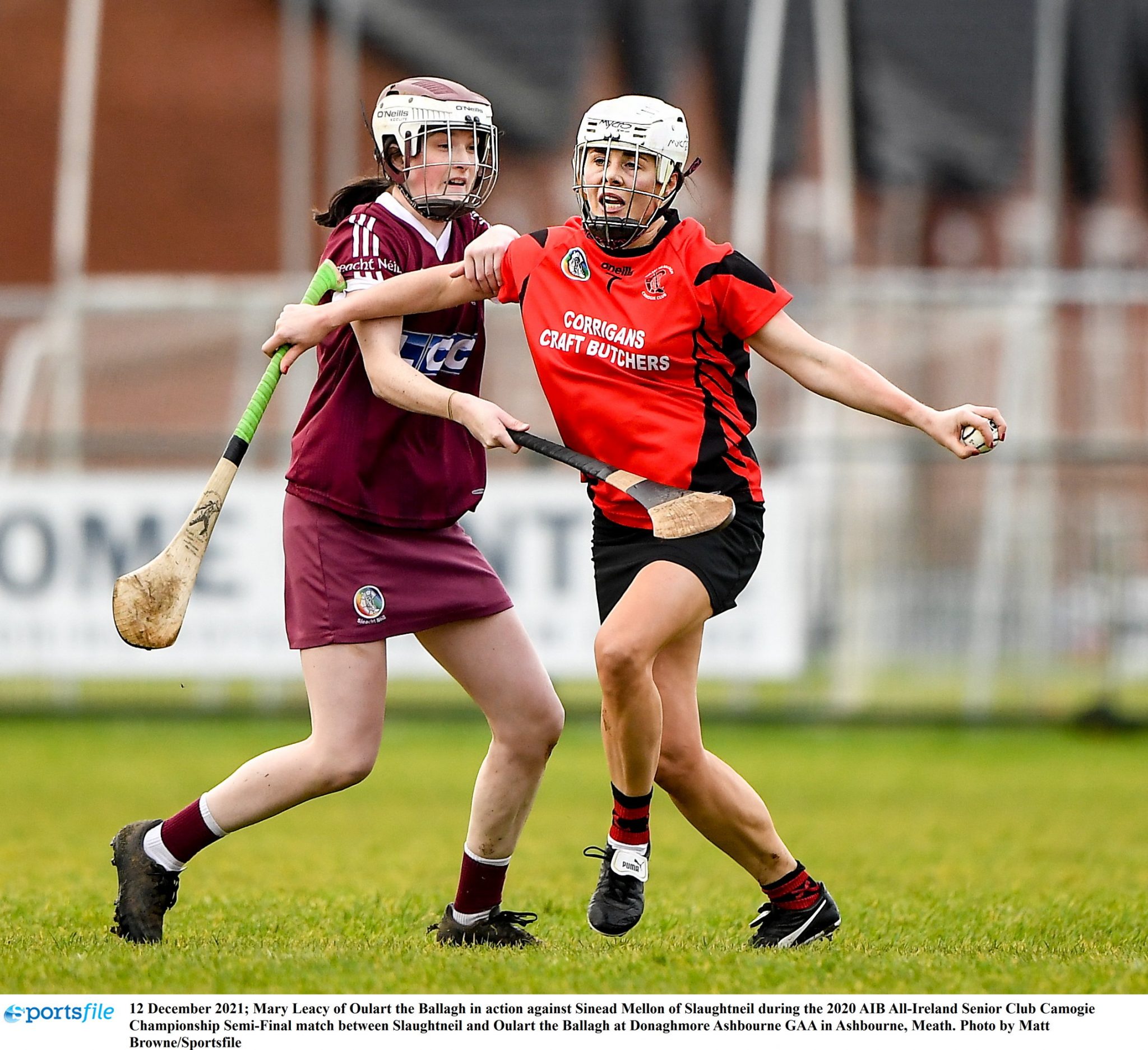 END_OF_DOCUMENT_TOKEN_TO_BE_REPLACED

That’s an understatement. Having suffered extreme discomfort climbing stairs or kneeling, an MRI revealed a complete absence of cartilage, so O’Sullivan performed another surgery and she was back in time for the club All-Ireland in 2015. But later that year, the cruciate went on her left knee. And in 2018, she did it a second time. That she is still togging out is a testament to desire and bloody-mindedness.

The 33-year-old has postponed scheduled surgeries in both knees and was a major doubt right up to throw-in of last Sunday’s semi-final defeat of Slaughtneil but one of the greatest goal scorers in the history of camogie raised a green flag early on.

“I got an MRI on my right knee back in May. Tadhg O’Sullivan told me to retire, that my knees weren’t able for it. It was only going to be a minor surgery to clean up the meniscus as best as he could, just so that I could be walking, so I won’t need a wheelchair in ten years’ time or a new knee.

“Then in early October, after playing two of the first rounds of the championship, we were playing UCD in a practice match in UCD and I just twisted my left knee. I knew there was something serious, I had to be carried off. I ended up going to get an MRI again with Tadhg O’Sullivan. 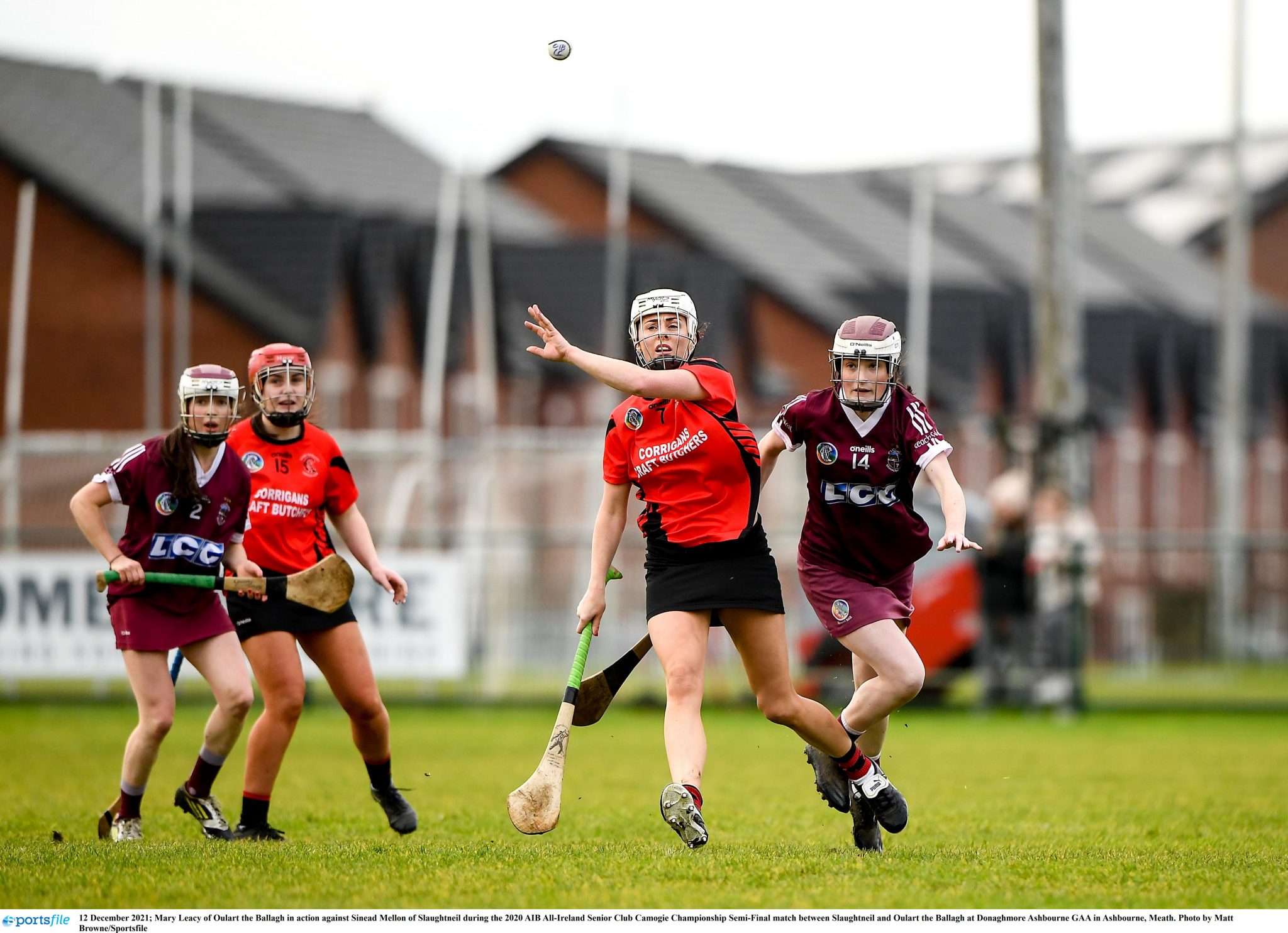 "You could imagine Tadhg now and he seeing me! Tadhg would be a very GAA man, but when he seen me, he was kind of like, ‘Oh good God!’ He looked at the MRI scan and my cartilage was fully torn.

“I said to Tadhg, ‘I have a county semi-final in four weeks’ time’. I had done my cruciate in ‘18 and then I had a baby in 2019. Then sure Covid hit in ‘20. I didn’t want to be leaving camogie on a note like that either. It was my first chance in a while to play.

“He just said to me, ‘You can do exercises and certain things. I am not telling you not to play and I am not telling you to play’. He knew by me (I was playing). The minute I walked out I rang Colin Sunderland. I was like, ‘Do you know what Colin? It’s actually kind of positive. The cartilage is torn, I don’t think I can do any more damage.’”

So there are good days and bad days, but the discovery of Donal O’Connor’s hyperbaric chamber in Enniscorthy after not being able to straighten her left knee following the Leinster final defeat of Thomastown has been a godsend, making a substantive difference.

She could feel it in her movement last Sunday, having been far more restricted until then. And that means the threat to the Sarsfields goal is greater. 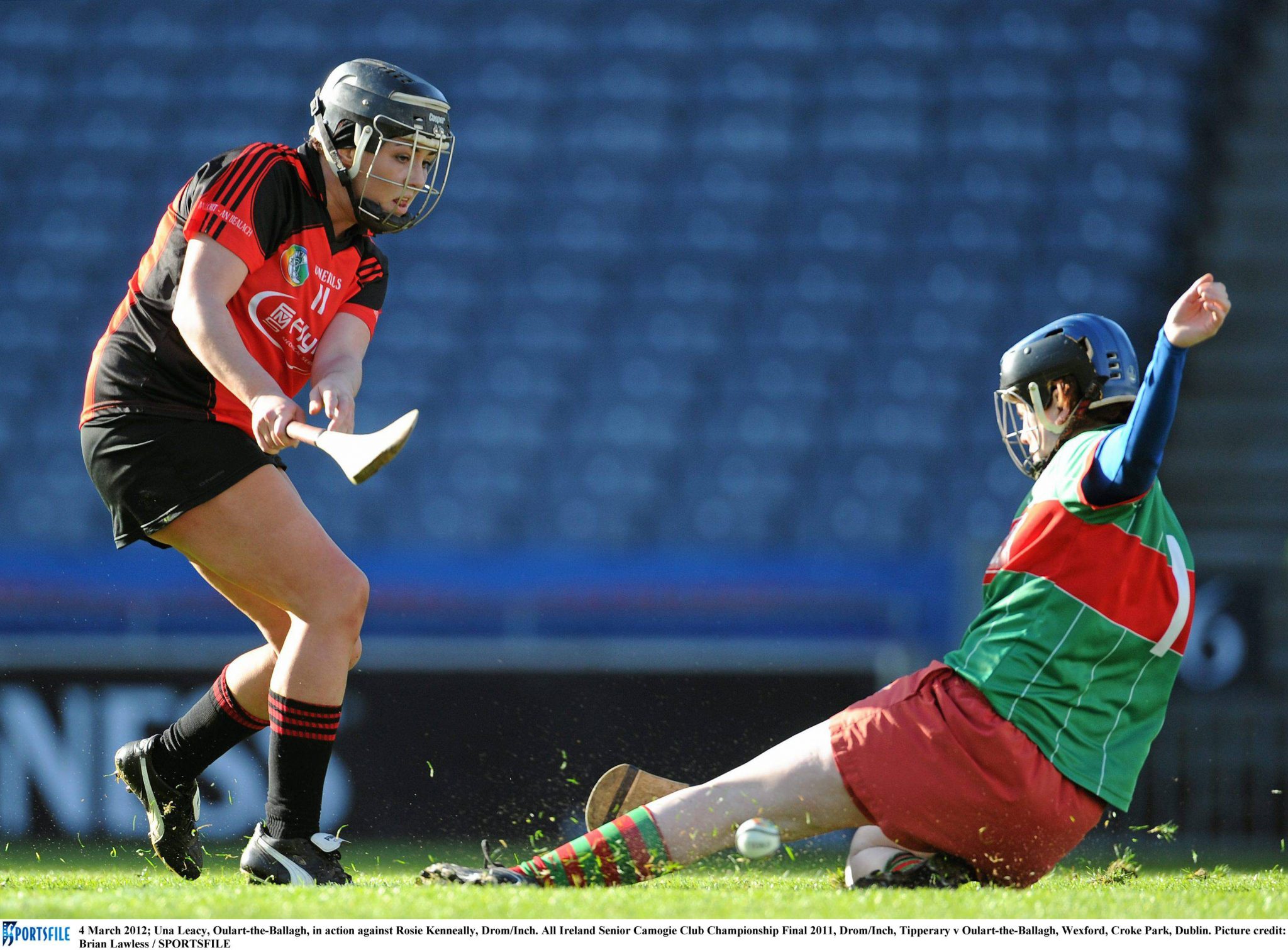 Mary is two years older and an inspiration too. To have not missed a game since the resumption of action and be playing in an All-Ireland final six months after giving birth is quite a feat.

Once upon a time, giving birth sounded a death knell to a woman’s sporting activities. There were always exceptions but they were exceptions. In opposition to Mary last Sunday was Tina Bradley, another who had had a baby during the year.

The aforementioned Atkinson has just returned to the fold after becoming a mother. The Sinnotts, Shauna and Laura, and indeed Úna are others with children. This is an important message for women.

There were a few days after giving birth to a baby brother for Jake (who is three and best friend’s with Úna’s two-year-old son Mike) when she was bedbound by sciatica, but once returning to training, the body has behaved, apart from needing to be conditioned once more for the rough and tumble of camogie.

“The first night I came back Colin was telling me to stay out of some of the drills and all,” explains Mary. “So they were very understanding. Build back up slowly.

"But it was a good time to come back, the championship was only starting so from the county final last year I literally didn’t miss a championship match the way it worked out. 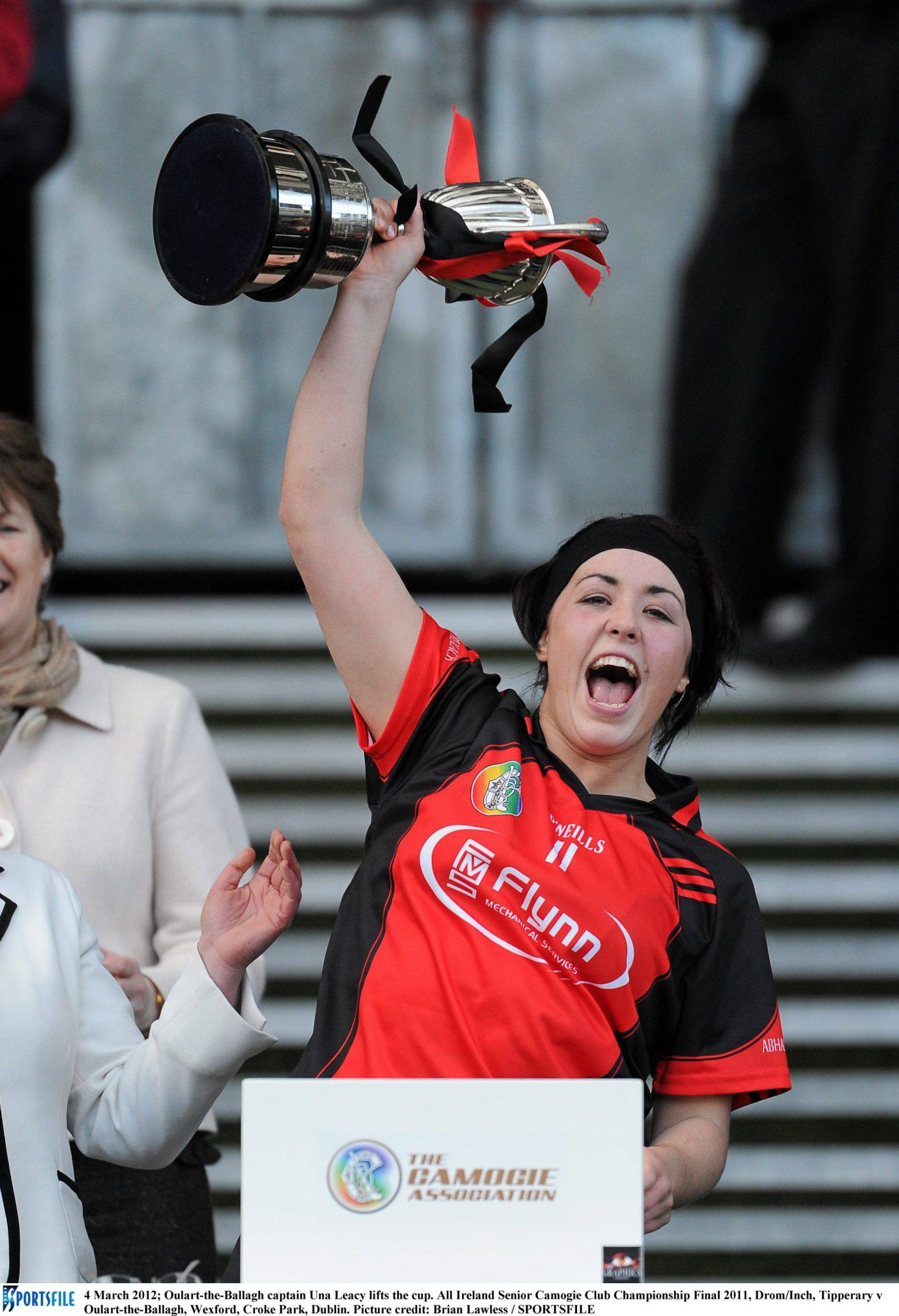 “I won’t lie though. I got back playing the first championship match, I think it was eight or nine weeks after having Matthew. But I did struggle for I’d say six-to eight weeks with my Achilles. Thankfully, just before the county final, I think it was when the ground started softening up, it got better.

"I think it’s a common thing actually because Karen Atkinson is back now. At the moment she is struggling with her Achilles as well.”

This run has provided the family and in particular Margaret with a tremendous boost, following the death of the girls’ father Matty in December 2019.

“Mammy, this is literally what she lives for,” declares Úna. “It is making her year that she has matches every weekend. She goes up to the field even to watch us training. She would always ring you or text you.

"After a match sometimes you would nearly avoid her because you would be getting a full match analysis from her. ‘I know, I know, I was at the match, I was playing!’ 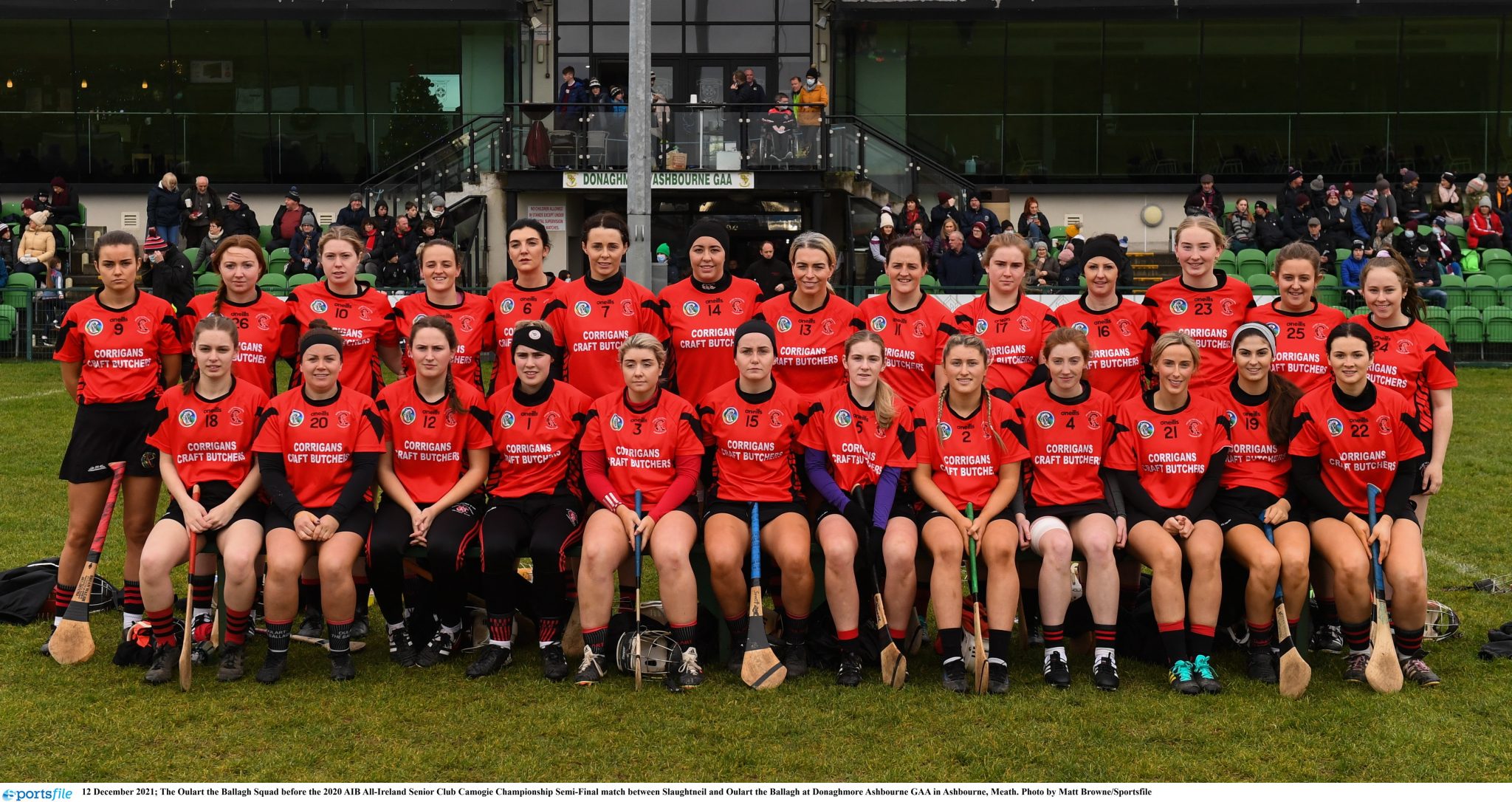 "But it’s great to have her there and so involved and interested. Yeah, since my father passed away it’s the camogie that’s keeping her going.”

To that end, Mary maintains that victory this afternoon would provide an infusion of positivity as good as any booster, to a community that has endured its share of sadness in recent years.

“It would be unbelievable,” emphasises the legend who played from 13 to 31 for Wexford. “Over the last two years with the pandemic, there has been a lot of sad occasions in our parish, in our village. We have lost some great people. It would just give a lift to their families.

“You can’t take anything for granted in sport. We don’t know whether we will ever get a chance to get back to this level. I think with your club, it’s so different to county. You grow up with the girl. The unique friendships and the bond with everyone. It’s just friendship. We are very lucky. We are two small half-parishes. All of the girls, we grew up together and we know each other inside and outside. But it would be great to win with your family and friends. It would be great for the parish.”

As Mary and Úna Leacy have already illustrated, it will not be for the want of trying.


popular
Ireland team to play Wales: Andy Farrell's XV, the big calls and bold cuts
Jaden Sancho can't hide his smile as Old Trafford give heartwarming reception
Everton release brutal 59-word statement to confirm Anthony Gordon departure
Discontent over Netflix access for Six Nations documentary as Johnny Sexton focuses on his Last Dance
"Every team did it!" - Paul O'Connell on Roy Keane comment to Ronan O'Gara that he couldn't deny
Owen Farrell praises Johnny Sexton in revealing interview ahead of Six Nations
"It's crazy to think Bundee Aki might come straight in and start against Wales"
You may also like
6 days ago
Lidl launches One Good Club in support of youth mental health
2 weeks ago
O'Byrne Cup reduced to farce as Offaly withdraw from competition
2 weeks ago
Rory Gallagher expects Glen players to be back for Derry the week after club All-Ireland final
3 weeks ago
"That fecker, again?!" - A Dubliner's perspective of going up against Lee Keegan
3 weeks ago
The top five GAA players who never won the All-Ireland
3 weeks ago
Dessie Farrell reveals why Paul Mannion and Jack McCaffrey returned to Dublin
Next Page