"He was looking further down the line than I was, I was only looking at that final but he saw the bigger picture."

In 2011 Dublin were chasing their first All-Ireland in 16 years, something which is hard to imagine now, given their unrelenting grip on the Sam Maguire in the decade that followed.

Then manager, Pat Gilroy, understood that to win an All-Ireland, you need to be prepared for even the most unlikely circumstances. That means making decisions that actually seem counterproductive in the short-term.

END_OF_DOCUMENT_TOKEN_TO_BE_REPLACED

Speaking on the GAA Hour, former Dublin All-Star, Alan Brogan explains why Pat Gilroy told him not to appeal his red card offence, even though it meant that he would be suspended for the National League final.

"I got sent off in Salthill the previous fortnight and it was a very harsh red card," claimed the eldest Brogan brother. "I was after getting a goal earlier in the game and was sent off after 13 or 14 minutes. 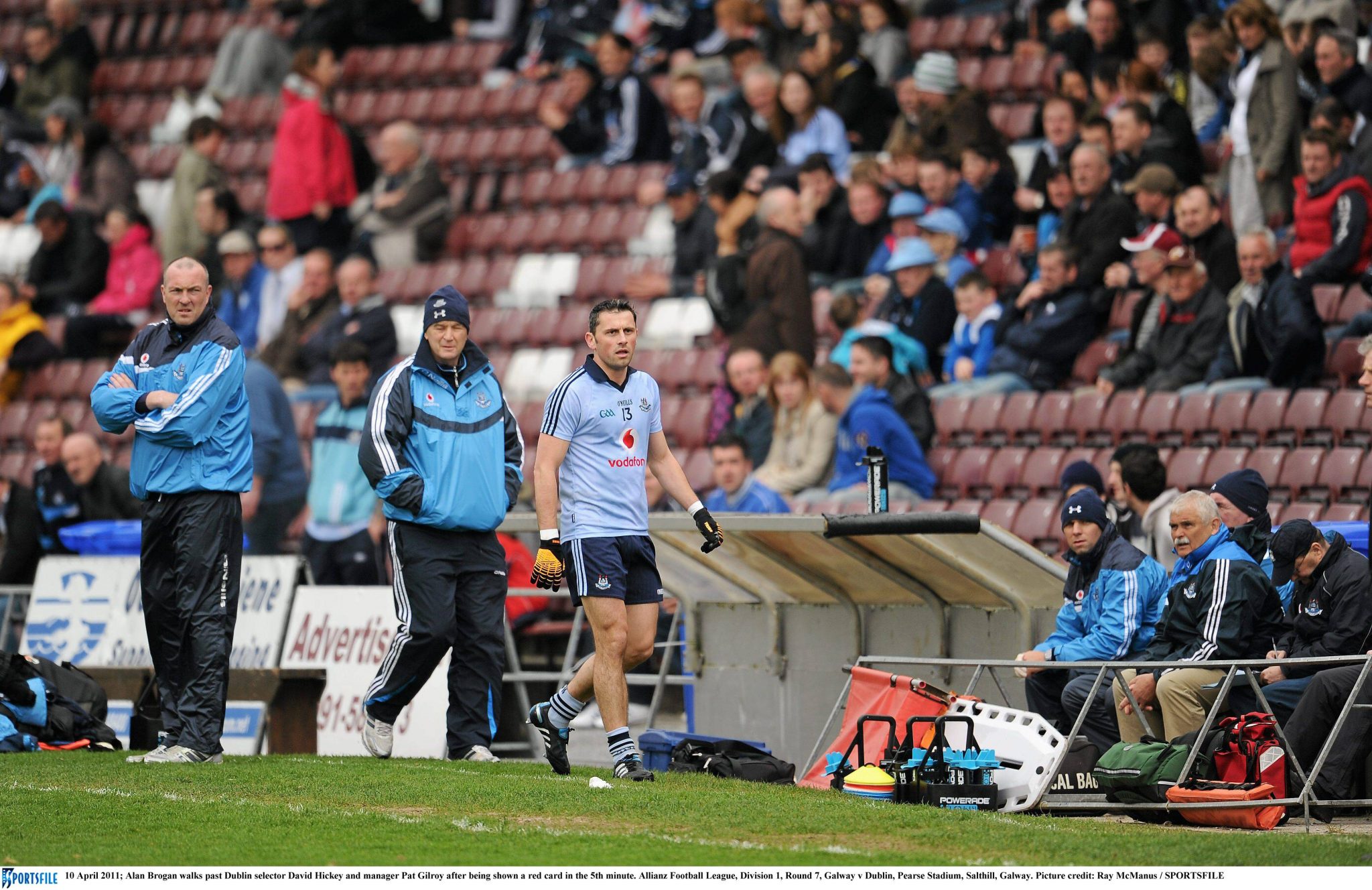 "I went up at half-time to our videographer and asked him if he caught it on video, but his angle just missed what happened. It was for an 'attempted strike' - the fella ran at me and I put my hands up. I've made mistakes before and got red cards that I deserved, but I genuinely didn't deserve it and I was going to miss my first National League final."

END_OF_DOCUMENT_TOKEN_TO_BE_REPLACED

With the plan in place, Brogan was determined to appeal the red card, confident that it would be overturned and he would be able to play against Cork; he just needed to talk to the manager first.

"I said to Pat Gilroy the week after, 'look I want to appeal this' and we had a chat and he said 'I don't think you should appeal it'.

"I said I had never played in a National League final before and he said 'there's a long year ahead and who knows, if you appeal this you might get off it, but that could be our opportunity to appeal a red gone, so hang on because we might need one later in the year. 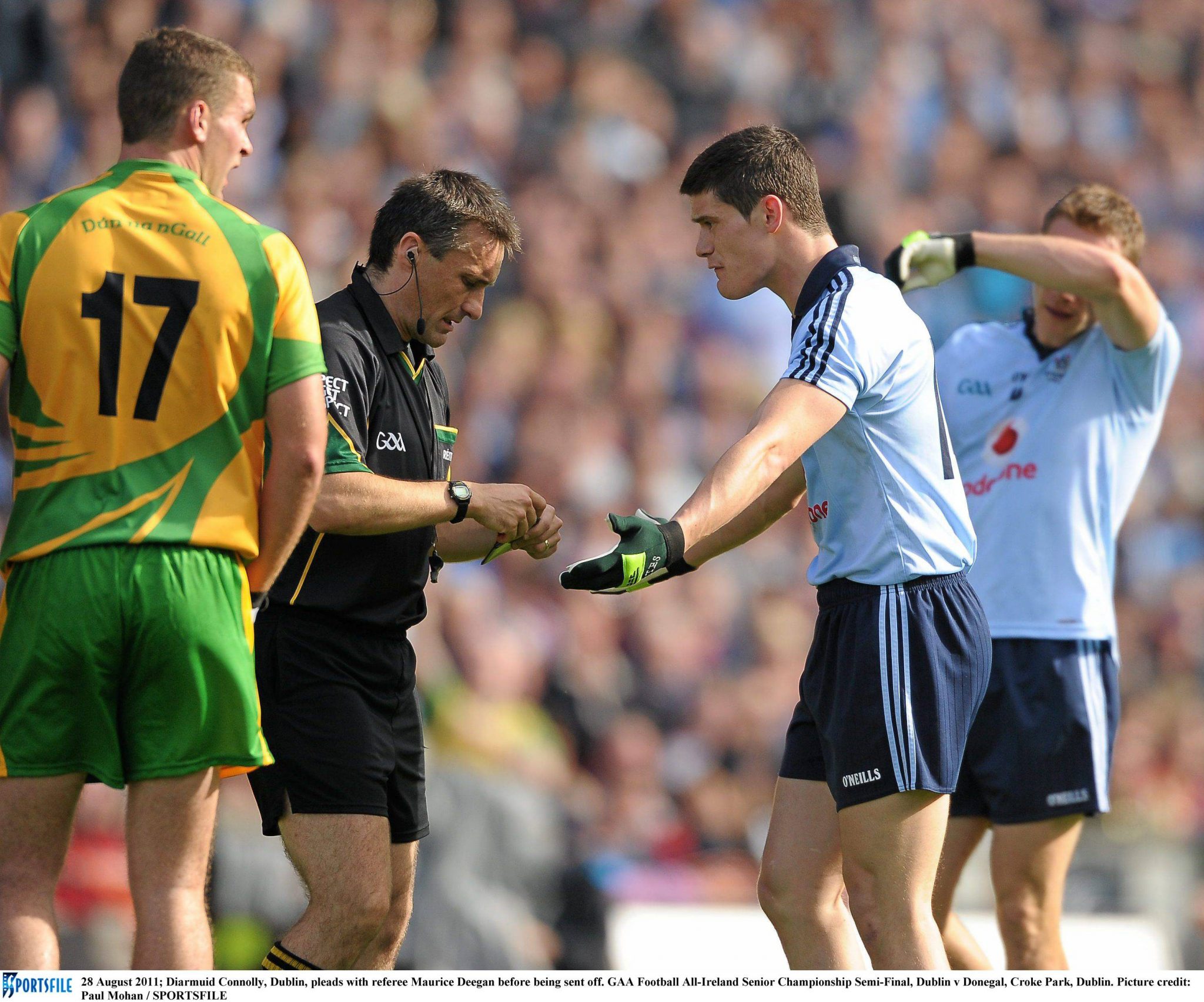 END_OF_DOCUMENT_TOKEN_TO_BE_REPLACED

"So going on Pat's word, I'll take one for the team here and I won't appeal it. Lo and behold, we needed an appeal later in the year when Diarmuid Connolly got sent off against Donegal, and he got it back fair and square.

"We used our appeal, our one get-out-of-jail card that day, and got Diarmuid back for the final. It's the little things like that. He was looking further down the line than me, I was only looking at that final, but he saw the bigger picture and it paid off."


popular
Gary Neville reveals Man United ignored advice to sign Joao Cancelo
David Meyler on how Kenny Dalglish almost signed him for Liverpool
Sean O'Brien could get to play England, at Twickenham, in his final game
Boris Johnson slams Jurgen Klopp for defending Liverpool fans booing national anthem
QUIZ: You have 60 seconds to answer one Premier League goalkeeper question
Gearoid Hegarty's harsh red card leads to a heated debate in The Sunday Game studio
"I think there are only five Kilkenny players who are guaranteed to start on any given day" - Cody's motivational methods
You may also like
3 days ago
Monaghan will be a "different kind of challenge" compared to Tyrone says Derry boss
4 days ago
"I enjoyed it" - Padraig O'Hora opens up on his battle with David Clifford in League final
5 days ago
The All-Ireland hangover is a real thing, Dublin's dominance just made us forget about it
6 days ago
David Clifford tells Darran O'Sullivan how handles all of the pressure and attention he receives
6 days ago
Three hurling games, one Ulster championship clash, and an u20 All-Ireland final on TV this weekend
1 week ago
Mickey Harte says 'it's nearly too late to market Tailteann Cup well now'
Next Page