THE five remaining 2018 TG4 All-Ireland finalists will be revealed over the weekend, with two senior semi-finals, an intermediate last four clash, and both junior semi-finals down for decision.

On Saturday, there’s a LIVE TG4 triple-header down for decision at Dr. Hyde Park in Roscommon.

END_OF_DOCUMENT_TOKEN_TO_BE_REPLACED

Meath and Roscommon battle it out for the right to face Tyrone at Croke Park on September 16 in the intermediate decider, before Cork face Donegal and Galway tackle champions Dublin in the senior semi-finals.

On Sunday, attention switches to the junior grade, as last year’s runners-up Derry meet Louth, and Limerick face off against London.

END_OF_DOCUMENT_TOKEN_TO_BE_REPLACED

Tyrone were the first of confirmed 2018 TG4 All-Ireland Finalist to be confirmed and on Saturday, Roscommon or Meath will join them in the intermediate decider.

The Rossies were most impressive in the All-Ireland qualifiers also, defeating Meath by six points and Fermanagh by 14 to top Group 4.

END_OF_DOCUMENT_TOKEN_TO_BE_REPLACED

That set Michael Finneran’s team up for a crack at Laois in the quarter-finals and this game will be remembered by those who were present in Moate as one of the finest of recent times.

Two excellent teams went at it hammer and tongs and when the dust settled, Roscommon prevailed by four points.

Roscommon last won the All-Ireland Intermediate crown back in 2005, while a win for Meath today would send them through to a very first final.

There’s plenty at stake and while Meath have already lost out to today’s opponents in the 2018 championship, they won’t fear them.

The Royals were disappointed to lose against Wicklow in the Leinster championship but their recovery has been steady and they’ve built a growing momentum.

A big victory over Fermanagh was good enough for a second-place finish in Group 4 behind Roscommon but defeating Clare in the recent All-Ireland quarter-final was a result that made observers sit up and take notice.

The four provincial winners made it safely through to the semi-finals of the TG4 All-Ireland championship – and the scene is now set for two mouth-watering shoot-outs in Roscommon.

Cork and Donegal meet in a fixture that will revive memories of their classic Lidl NFL Division 1 final at Parnell Park last year.

Donegal will take heart from an impressive 4-11 to 2-3 victory over Cork in the group stages of this year’s League campaign but Cork were already through to the knockout stages by then.

From the outside looking in, Donegal appeared to have tailed off slightly following their impressive cruise to the TG4 Ulster championship.

They had to work hard to achieve qualifier victories over Kerry and Tipperary and were run to three points by Armagh in the All-Ireland quarter-final.

Manager Maxi Curran is an astute character, however, and will aim for his team to peak for the business end of the campaign, as Donegal prepare for the county’s very first All-Ireland senior semi-final appearance.

Cork have been hugely impressive to date and have bagged 23 goals in just five championship outings, including six for Ciara O’Sullivan and five for teen sensation Saoirse Noonan, who’s made big impacts off the bench. 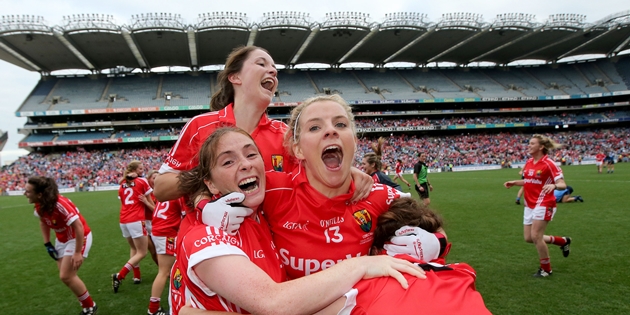 The quarter-final victory over Westmeath, when Cork scored 8-18, was a statement performance from the Rebelettes.

Manager Ephie Fitzgerald has made one change to his starting line-up from that game, with fit-again Hannah Looney coming at midfield to replace Daire Kiely, who was a late replacement last time out.

Skipper Karen Guthrie, who was carrying a knock, returns to the Donegal starting team after she came off the bench against Armagh.

Anna Maria McGlynn switches to wing-back and Emer Gallagher drops to the bench in the only change in personnel.

Donegal’s Geradline McLaughlin is the current senior championship top scorer, with a running total of 4-34.

Dublin’s fifth successive TG4 All-Ireland senior semi-final sees the Sky Blues and champions pitted with Galway, who they defeated at this stage of the competition in 2014.

That was Galway’s last semi-final appearance but the Tribeswomen have marched impressively into the last four in 2018.

They’re also the only team to have beaten Dublin in a competitive fixture this year, having claimed a group victory in Division 1 of the Lidl NFL.

Galway were also unlucky not to defeat the Dubs in the League semi-final, when Nicole Owens bagged a late goal to send Mick Bohan’s charges through to the final.

The scene is now set for what promises to be a cracking encounter at Dr. Hyde Park, with a coveted final spot on September 16 on offer for the winners. 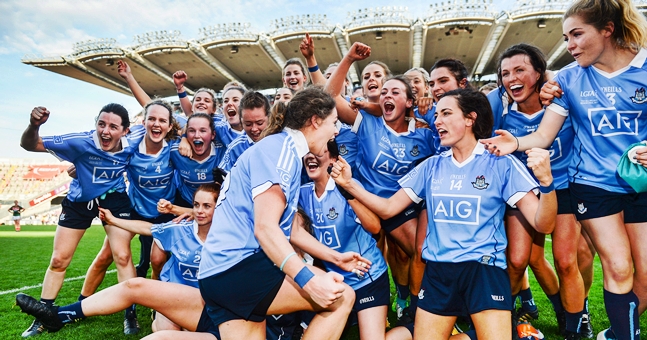 A victory for Dublin would put them in fifth straight final while a Galway win would see them earn a crack at the Brendan Martin Cup for the first time since 2005.

Dublin have named an unchanged team after sweeping past Kerry at the quarter-final stage, while Galway boss Stephen Glennon is forced into making one change.

Ailbhe Davoren suffered a serious knee injury against Mayo at the quarter-final stage and has been ruled out until 2019.

She’s replaced by Mairead Seoighe in the starting line-up, with Sarah Conneally switching from the inside line to partner Catriona Cormican at midfield.

Seoighe slots in at right corner forward as Galway aim to knock out the holders and progress to the final.

As the race to finish as the championship’s top scorer intensifies, Dublin have a couple of players in the race, but they’ll need to score heavily between now and the end of the season to overhaul Donegal’s Geraldine McLaughlin.

Dublin skipper Sinéad Aherne has 2-20 to date (26 points) and is tied on that number by 2017 Senior Players’ Player of the Year Noelle Healy, who has racked up 5-11 to date.

Limerick blasted out an ominous statement of intent in their final group game of the qualifiers to oust Carlow.

But manager John Ryan is facing an injury crisis as he prepares his side to face London, with legendary Dymphna O’Brien, who returned to the squad recently, among those who are ruled out at the time of writing.

London are one of the favourites to claim the junior crown but they were beaten on home soil by Louth last time out.

Both counties had already qualified for the semi-finals at that stage, however, and a repeat meeting could be on the cards at Croke Park on September 16.

Limerick will have something to say about that as they aim to reach a first junior final since 2010, when they won the competition.

London were champions last in 2008 and a win here would end a 10-year wait for a final appearance for the Exiles.

Derry, last year’s beaten finalists after a replay with Fermanagh, face Louth, who are many people’s tip to go all the way and lift the West County Hotel Cup on September 16.

Louth have had a fine summer, winning the TG4 Leinster championship before topping their group and progressing to the last four of the All-Ireland series.

Their victory away to London last time out was a significant result and should fill the Wee County with plenty of confidence ahead of this last-four clash with the Oak Leaf County.

But Derry, who lifted the TG4 Ulster junior title, aren’t short on confidence themselves and are carrying the hurt of last year’s final defeat with them along the road this summer.

Louth have carried themselves brilliantly throughout the 2018 championship, following the sad and untimely passing of former manager Mícheál McKeown.

A highly-motivated bunch, now under the guidance of Darren Bishop, they’ll be aiming for a first All-Ireland Junior final appearance since defeating Scotland in 2015.


popular
Matt Williams wants two changes and Peter O'Mahony benched for Ireland vs. France
"Remember that name" - Sonny Bill Williams raves about Ireland U20 star after outrageous try assist
Peter O'Mahony reaction to Liam Williams scuffle shows he may finally be mellowing
Ireland vs Wales: All the big talking points, moments and player ratings
Two changes as familiar faces return to our Ireland team to face France
The two reasons why Aidan O'Shea's performance against Armagh was his best in ages
Allianz National League Round 2: All the action and talking points
You may also like
2 weeks ago
QUIZ: How many of the 33 county SFC champions for 2022 can you name?
3 weeks ago
"You need to be able to hurl your way out of trouble" - Composure the key to Dunphy's game
1 month ago
"We'll have plenty of Christmases" - McGowan and club players should be envied not pitied
1 month ago
'With the worlds’ greatest thief not able to take even just one friendship away' - Cooper retires with heartfelt statement
1 month ago
Mickey Moran gives a rare interview in TG4's brilliant Anton O'Toole documentary
1 month ago
How many of the 65 county senior champions for 2022 can you name?
Next Page