It was after the Tyrone trouncing last year when the penny dropped for Kevin McStay.

Roscommon were battered. Double scores in Croke Park, Tyrone had put an outlandish 4-24 past them. A physical, direct and bustling team, the Ulster men ran all over Roscommon who barely laid a glove on them.

The Rossies had always been a relatively lightweight team. Usually their skills and ball-playing gets them out of jail but in this Super 8 showdown, they were overpowered to the extent that they weren't even able to play.

"Their athleticism, their conditioning, it’s way ahead of ours and we couldn’t live with it," said McStay after the game.

The Mayo man went onto call time on his three year stint with the Rossies after their final Super 8s loss to Dublin. A door opens for Anthony Cunningham, there's work to be done. 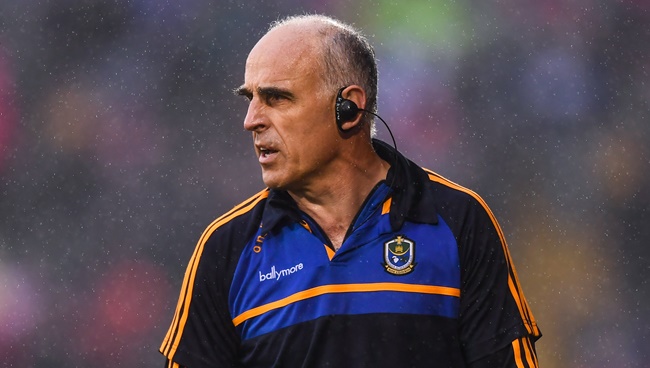 The former Leinster club winning manager with Garrycastle is aware of this weakness in their game. The Rossies are unlucky to be relegated in the League after coming out the wrong side of a number of tight games, but they do look physically stronger.

May 25 in MacHale Park and they're primed. They stick it to Mayo in their home patch and with their counting attacking plan reeled off to military precision, they edge it by a point.

A number of physical exchanges were crucial. Cathal Cregg gives Lee Keegan lots of it. David Murray and Conor Daly beat Kevin McLoughlin and Evan Regan all ends up. Enda Smith bullocks into the game off the bench and Conor Hussey doesn't let much past him.

That's not even to mention the man mountain Conor Cox who keeps pushing Brendan Harrison out of his way.

After the famous win, Cunningham gave an insight into the work they've put in on the conditioning side of their game.

"Modern day players are extremely fit. They work seven days a week – the gym work mightn't have been as strong in Roscommon for the last few years but it has to be and we have a gym for the Dublin based players which is very good and now one in Roscommon," he said to us.

The physicality wasn't the only part he was pleased with. Conor Devaney, Enda Smith and Fintan Crgg made huge impacts off the bench. Cunningham reflected on it all.

"Our bench is very very strong. They brought that bit of freshness to it in the last 20 minutes and that was vital. Conor Devaney there, two brilliant interceptions as an example. All the boys that came in, Fintan Cregg with a point at the finish, contributed immensely. But that is what we want. We want a very very strong panel. These days you need a strong panel. Hopefully there is a lot of football to play for the summer but it is one day at a time."

Cox was the main man.

"The likes of Conor Cox has been a huge find for us this year brings that bit of genius to it in very very tight angles. The top class Mayo defenders are the best in the game. It is always going to be difficult to score. But we worked hard on it. For us it is just satisfying. But we have to kick on."

Goalkeeper Darren O'Malley was deadly on the long-range frees.

"Darren O’Malley was a plus for us in that sense. Very little difference between Colm Lavin our sub goalie and Darren, from a goalkeeping point of view. Darren probably slots those 45s so it is good to have that."

This is what it's all about.

"It does. You see it out there on the field afterwards. It was astonishing really to see the happiness. The elderly people especially and the young kids who would have never seen it. That is what the GAA is all about. That’s what performances are all about. But for us it is professional in a way that we have to get a result the next day and drive on."

But the Rossies want more.


popular
From Canada to Carlow in the name of hurling: Nicolas Redmond's journey to the Fitzgibbon Cup
Ireland fitness update offers even more reason for Six Nations optimism
Kerry's captain selection for 2022 sums up the problem with their outdated system
"It must be difficult to say no, having won a game and heading back together"
Chelsea forced to change Stamford Bridge changing room after Liverpool complaint
Eddie Jones shares great tale on hour-long chat with 'inspirational' Roy Keane
Jesse Lingard 'angered by lack of respect' shown by Man United
You may also like
1 year ago
Paddy Durcan's fearlessness a sight to treasure in the age of lateral hand-passing
1 year ago
No victory speech for Clifford as Cavan drop down the Leagues
1 year ago
QUIZ: Which is the correct GAA crest?
2 years ago
All-Star 15 of footballers who HAVEN'T made it to All-Ireland final
2 years ago
Harte, McShane and Sludden do the damage as McNamee solid as a rock in defence
2 years ago
List of every county footballer with transfer confirmed to America this summer
Next Page