David and Paudie Clifford have become the ninth set of brothers to make an All-Star football team in the same year but it won't be long before there's another Clifford on the block.

Ógie Clifford was born in September, a day after Kerry lost the All-Ireland semi-final to Tyrone and his father David says that, in experiencing the birth of his son, it was a welcome high to distract from the low of getting knocked out of the championship.

"We were delighted. Ógie was born the Sunday night after the Tyrone loss. It's an example of the lows but then the highs you can feel from life as well but everything is going great so far thank God."

END_OF_DOCUMENT_TOKEN_TO_BE_REPLACED

As he picked up his third All-Star award, the Kerry forward said that the youngster is good as gold though efforts to get the left leg swinging have so far been in vein.

"It's hard to know at this stage (if he'll make a Kerry footballer,)" he laughed.

"I'm trying to get him to swing his left foot but that's proving difficult at the moment!"

That shouldn't take too long.

END_OF_DOCUMENT_TOKEN_TO_BE_REPLACED 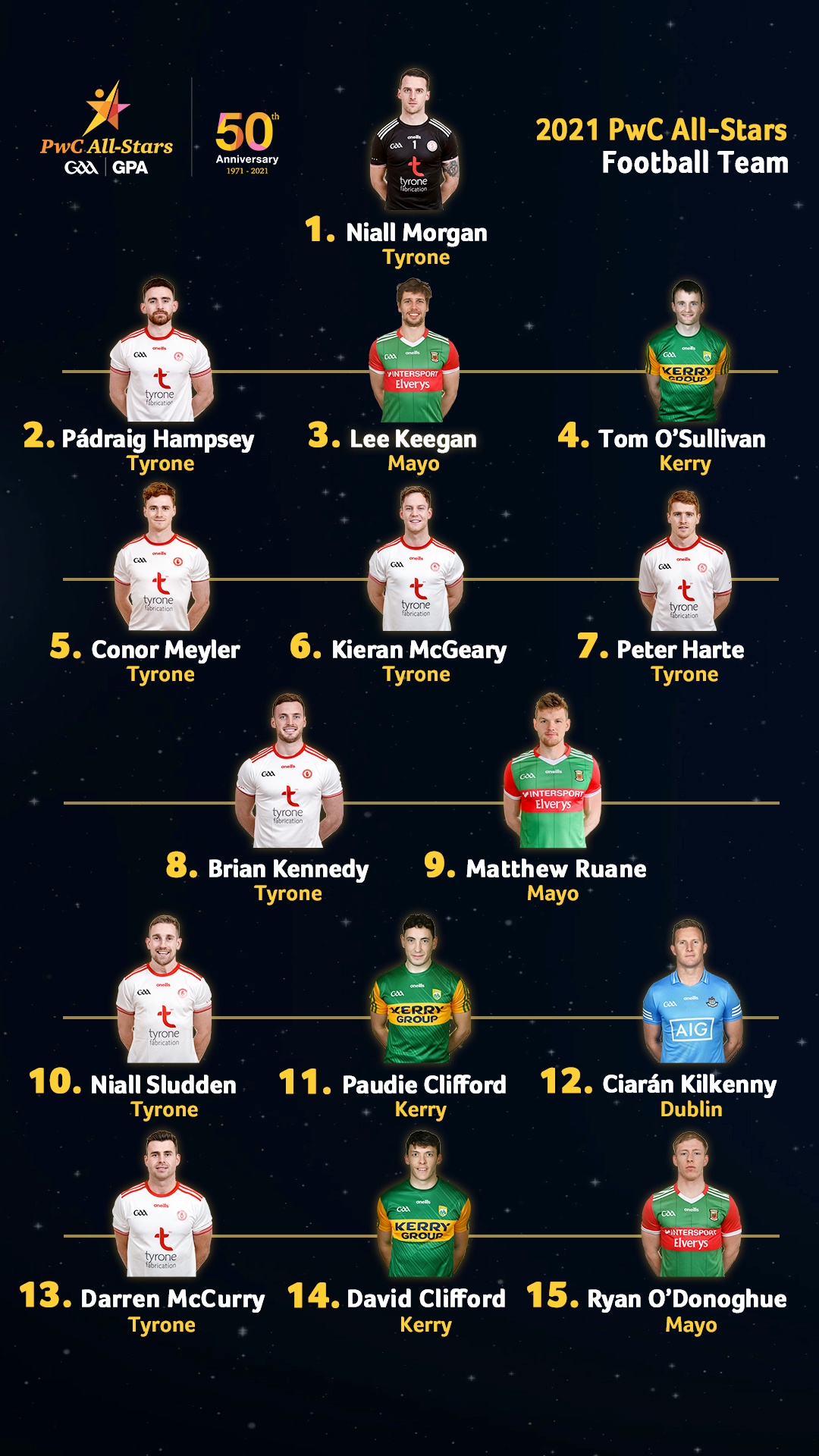 It was a special night for Keith Higgins as well, as adding to his four Gaelic football All-Stars, the Ballyhaunis man was named the Nicky Rackard Hurler of the Year. Offaly's Oisin Kelly won the Christy Ring award while Westmeath's Tommy Doyle won the Joe McDonagh Hurler of the Year.

Four Gaelic football All-Stars and now the Nicky Rackard Hurler of the Year.


popular
Gary Neville reveals Man United ignored advice to sign Joao Cancelo
David Meyler on how Kenny Dalglish almost signed him for Liverpool
Sean O'Brien could get to play England, at Twickenham, in his final game
QUIZ: You have 60 seconds to answer one Premier League goalkeeper question
Boris Johnson slams Jurgen Klopp for defending Liverpool fans booing national anthem
Gearoid Hegarty's harsh red card leads to a heated debate in The Sunday Game studio
"I think there are only five Kilkenny players who are guaranteed to start on any given day" - Cody's motivational methods
You may also like
1 month ago
"The Aussies were brutal, they'd call you all sorts of names" - Hanley on sledging in the GAA
1 month ago
After all the mouthing, O'Hora admits defeat and pays his respects to outrageous Clifford
1 month ago
Allianz League final media event cancelled because of GPA protest
1 month ago
The natural exuberance of schools footballers puts inter-county in the shade
1 month ago
"There's four of them looking at it" - Pat Spillane calls a spade a spade about Fermanagh's awful injustice
2 months ago
"Christ above let the boys have a few pints and let them enjoy it like it was when we started" - Club GAA OTT for Hanley
Next Page