Derry took on Donegal in the game of the season so far, as a Paddy McBrearty point at the death won it for Declan Bonner's side.

The BBC half-time analysis was equally as fiery, with former Tyrone boss locking horns with Armagh's Oisin McConville, regarding comments he made to describe Derry's style of play.

END_OF_DOCUMENT_TOKEN_TO_BE_REPLACED

Harte: I just want to pick up on something that Oisin said at the start, he described this game as defensive, and that's doing it a disservice.

McConville: I didn't say it was defensive.

END_OF_DOCUMENT_TOKEN_TO_BE_REPLACED

Harte: Oh you did, you said there's a lot of defensive football being played here.

McConville: No, I said they were getting bodies back, that doesn't mean defensive football...

Harte: No, I'm sorry, you used the word defensive...

McConville: No I didn't.

END_OF_DOCUMENT_TOKEN_TO_BE_REPLACED

Harte: That's alright, I'm just telling you to mind the language, because it's better to say that it's quality football and the defenders are the people who are playing with real skill here today, more than the forwards. 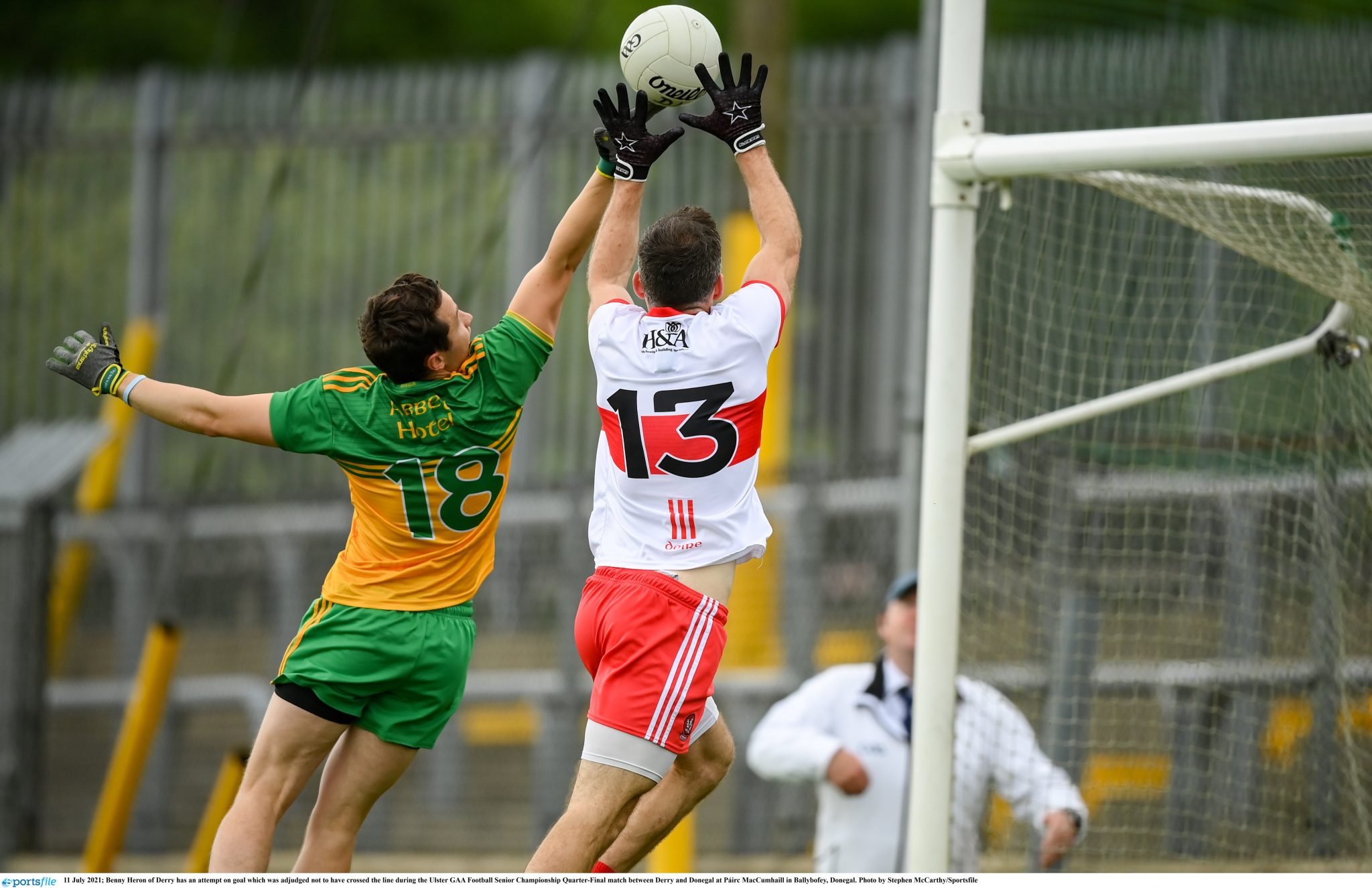 After looking back at the footage, we can confirm that Harte was correct and that McConville's exact words were:"Okay, it's defensive football."

However, the context surrounding it was that of praise, as he applauded Derry's work rate, skill and determination.

On a technicality though, he did say "defensive", so you would have to chalk that one up for a Harte win.


popular
World Cup 2022 Day 13: All the major action and talking points
Shay Given on how far Ireland could've gone at the 2002 World Cup with Roy Keane in the team
The SportsJOE Friday Pub quiz: Week 3
From Ireland to Argentina: Alexis Mac Allister's Irish roots explained
Ivan Rakitic criticised for alleged comments condemning 'gays, black people, dwarves and the obese'
Jack Grealish says he regrets his comments about Miguel Almiron
France demand FIFA change result of World Cup defeat over 'rule break'
You may also like
3 weeks ago
Munster, Connacht and Ulster GAA clashes stack your TV guide this weekend
3 weeks ago
Jamie Clarke takes sabbatical from soccer to commit to Crossmaglen
1 month ago
Paul Finlay reveals secret to high performance in your late 30s
1 month ago
The one moment that shows why David Clifford is the best player around
1 month ago
Quiz: Can you name these intercounty GAA teams from their nickname?
1 month ago
The five most unlucky players to miss out on an All-Star
Next Page