In recent times, the chase for the extra one percent has become the name of the game.

There is a very reasonable argument that we're disregarding and undervaluing the other 99% in its pursuit, but it's so widespread these days that it's at least worth discussing.

Indeed, the involvement of every different type of coach with GAA teams has become so normalised that it won't be long before each backroom team is so stacked that they'll need their own buses going to games.

That'll be the day for bus-drivers but until then, the performance coaches are the ones ruling the roost.

'Performance Coach' is the new buzz word in the GAA. From Michael Fennelly joining up with the Kildare footballers to take up that role to Kieran Donaghy hatching up with the Galway hurlers just this week, it's clear that it's an avenue being explored by county teams.

We were talking to Galway hurler Conor Cooney on Monday at the AIB All-Ireland club finals day and he filled us in on the role Donaghy will have in Micheal Donoghue's team.

"It’s great to have him there, maybe analysing games a bit and seeing what marginal gains you can make and things like that," he said. 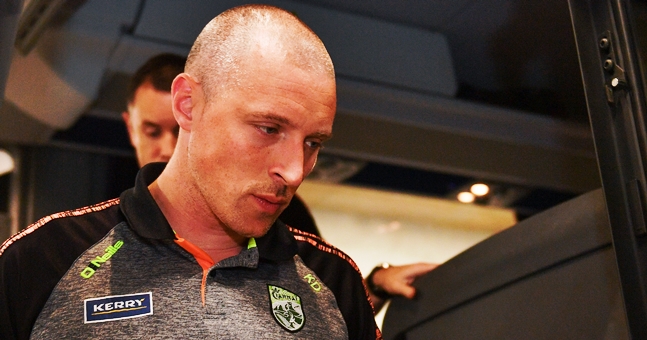 “He seems like a great guy and a great character, he was involved with a fantastic Kerry team there so, I suppose it’s an outside voice and an outside view and a different perspective on things.

“I always think that’s a good idea to challenge your own way of thinking and challenge the way you’re doing things and maybe adapt and change. If you don’t you’ll probably become stagnant and ultimately you’ll be beaten," he continued.

So the main thing is to analyse games and then to try and bring some new ideas mindset-wise to the Galway hurlers. As a forward, the St Thomas' star is particularly keen to work with the Austin Stacks man.

"So yeah, he’ll be a great guy to have around especially for myself being a forward - I’ll be trying to gleam a few gems of wisdom from him throughout the year so, yeah, looking forward to working with him.

"We’ve had people involved at different stages, people coming in, from different walks of life, giving talks and things like that..." 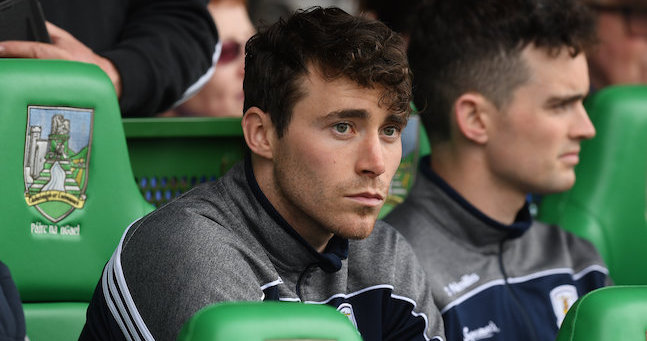 END_OF_DOCUMENT_TOKEN_TO_BE_REPLACED

Cooney and St Thomas' are looking forward to the All-Ireland club final against Ballyhale Shamrocks on St Patrick's day, though he informed us that they'll be going into the game without forward Kenneth Burke, who was injured in the semi-final against Cushendall.

"Kenneth's under pressure. He got surgery there on his hamstring. Realistically, probably, he'll be out," said Cooney.

"We have a pretty good clean bill of health [otherwise]...I suppose he'll be a massive loss for us. He's such a leader there and he has so much experience. He's so dedicated as well and he's just trained so hard. It's disappointing for him but we'll do our best to get the win and maybe do it for him in a way - it might light a fire under a few lads and get us going." 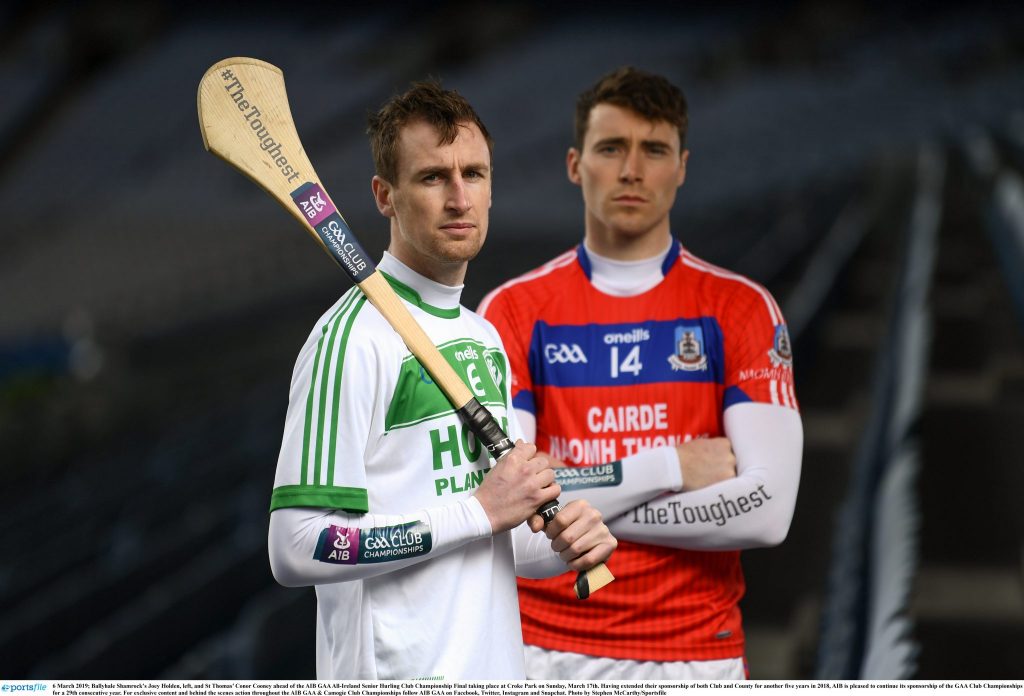 Ballyhale Shamrock’s Joey Holden, left, and St Thomas’ Conor Cooney ahead of the AIB GAA All-Ireland Senior Hurling Club Championship Final taking place at Croke Park on Sunday, March 17th. Having extended their sponsorship of both Club and County for another five years in 2018, AIB is pleased to continue its sponsorship of the GAA Club Championships for a 29th consecutive year. For exclusive content and behind the scenes action throughout the AIB GAA & Camogie Club Championships follow AIB GAA on Facebook, Twitter, Instagram and Snapchat.

popular
The SportsJOE 12 o'clock quiz | Day 139
"There's times I do think I probably have let people down but in fairness, I have got good support from back home"
The SportsJOE 12 o'clock quiz | Day 137
Goal disallowed in Dublin SFC because player wasn't wearing his gumshield
The SportsJOE 12 o'clock quiz | Day 138
"I was asked to be the team doctor. I thought well I'll never play senior camogie for Galway"
All hail Alexis Sanchez, the man who played Manchester United like a piano
You may also like
1 month ago
"He was a nightmare to play against...you were just a sitting duck"
3 months ago
Closed doors no issue for O'Brien
4 months ago
"I'd play 18 holes of Pitch n Putt" - Jack O'Shea's All-Ireland final prep pure class
4 months ago
St Patrick's day memories: Rural Caltra with one of the great underdog triumphs
5 months ago
"I was kind of going 'I'm not a Kerry player" - Donaghy's story a brilliant watch
5 months ago
Mayo issue update on crunch Allianz Leagues clash with Kerry
Next Page