"I wish there was a good story behind it but there's not."

Padraig O'Hora has literally come out of nowhere in Gaelic football terms, to establishing himself as one of the best defenders in the game.

With his man bun perfectly perched on his head, and a smile wider than my latest attempt at scoring a free kick, the Mayo player almost seems too nice to be a top inter-county footballer. 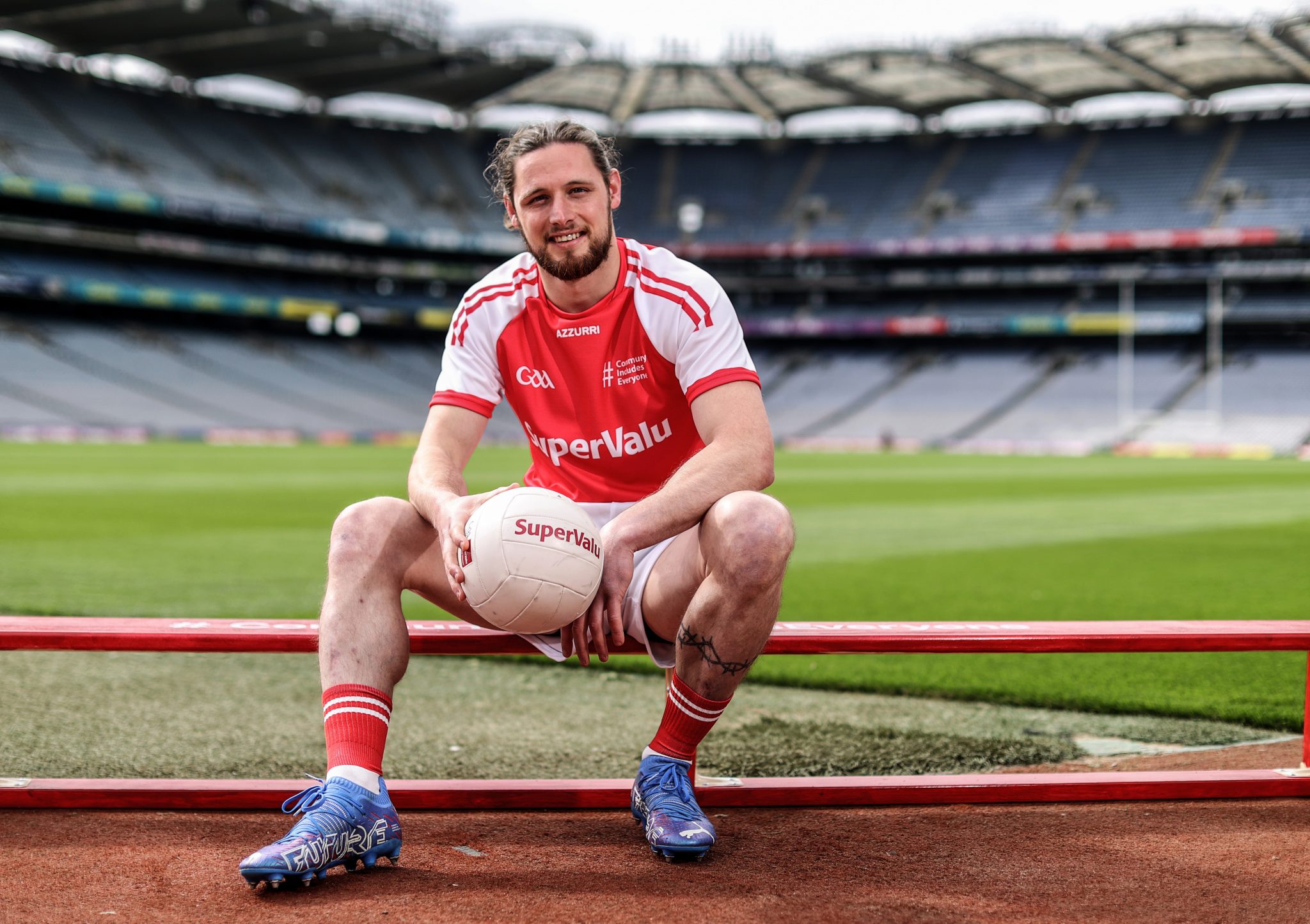 However, it's clear to see that his care-free attitude and positive mindset play huge roles in his footballing career, and that first and foremost, he just wants to enjoy it.

"I find it quite easy, I'm here to enjoy myself. I have wee ones at home and so I'm taking time away from them, in that I miss family occasions.

"If I'm not enjoying it I would have left, so I have to enjoy the training and the games. It's an experience, if nothing else. I'm grateful to be in the position I'm in. It is a great game. 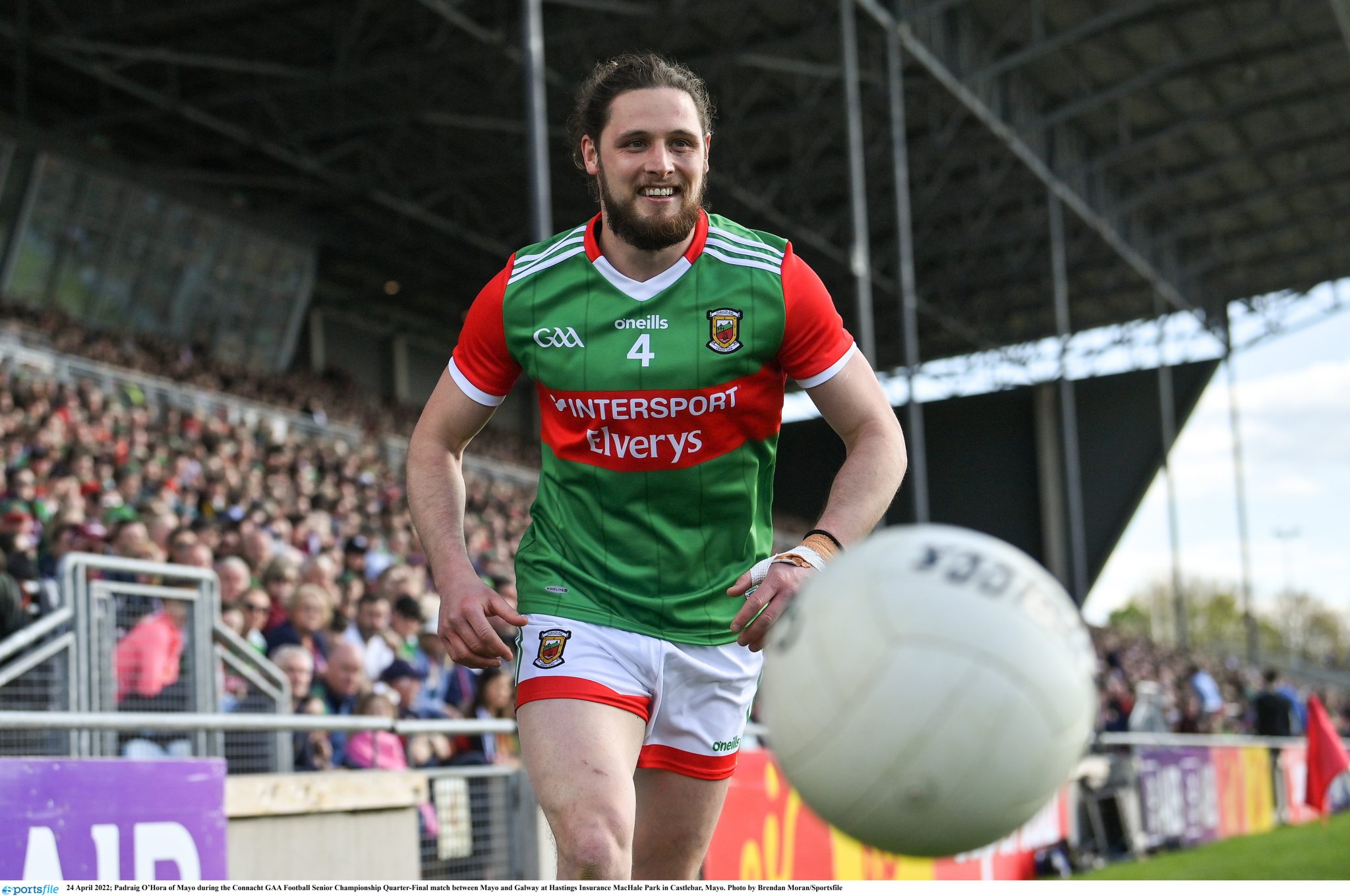 My little girl plays Under-6. I go to the training when I can; they are happy just running around with their mates, enjoying life. You don't want to lose that. At the end of the day, Gaelic football is fun."

With such a positive outlook on the wonderful game, it's important to note that his role specifically, is often based around stopping other players from playing that game.

A vicious and relentless man-marker, O'Hora sticks to the best players like glue and does everything in his power to upset their rhythm - a role which he relishes. 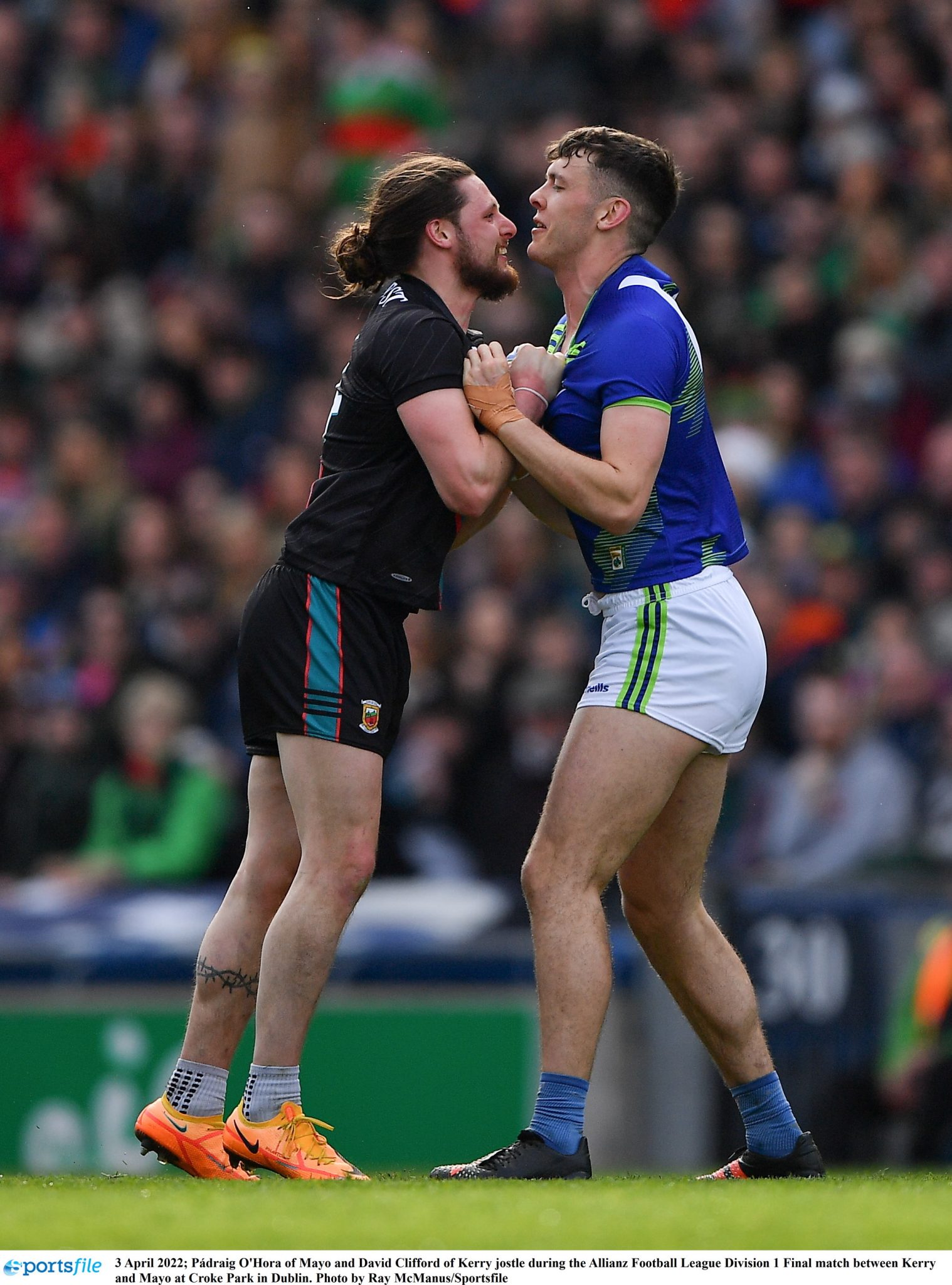 "I was naturally a good defender, but I have to improve all the time because of the standard of footballers around me. We have some of the best footballers in the country (in Mayo), so when you're training with them you have to improve - you either have to keep up with the pack or fall off.

"I grew up all my life marking whoever was the dangerous forward on the other club team. It's a simple mindset to go into - A v B and away you go - but you're still collectively defending."

Most recently he was tasked with the seemingly impossible task of stopping David Clifford, when Mayo played Kerry in the Division One final. 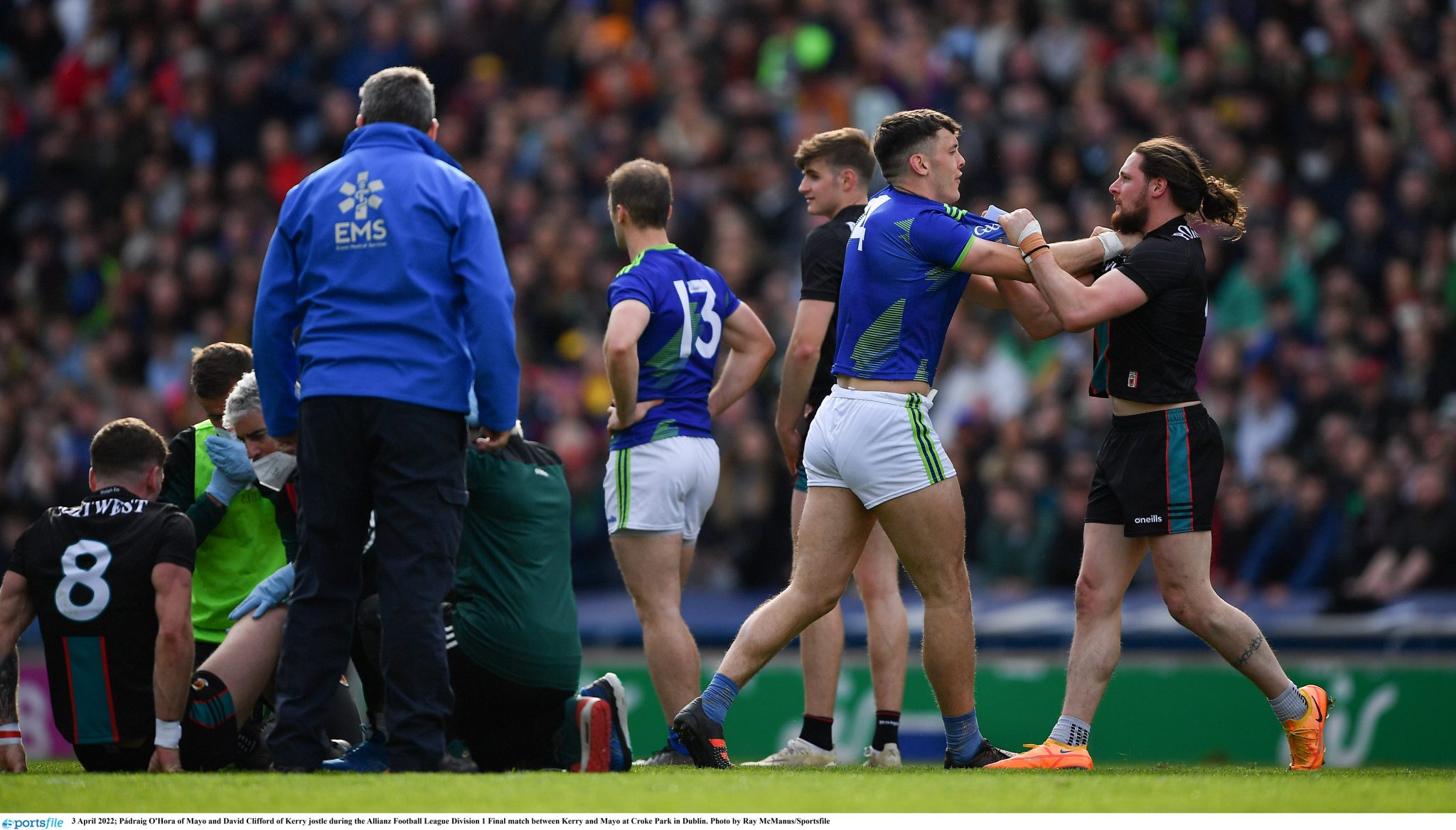 The Kingdom came out on top that day by some distance, and Clifford was at the heart of everything, playing some unbelievable stuff, all at the expense of O'Hora.
Advertisement

During their tussle, the cameras picked up on an exchange between the players, where O'Hora was bluntly pushing and having some choice words with the Kerryman.

When asked about what he said to Clifford and his performance that day, the Ballina clubman responded in his usual positive manner. 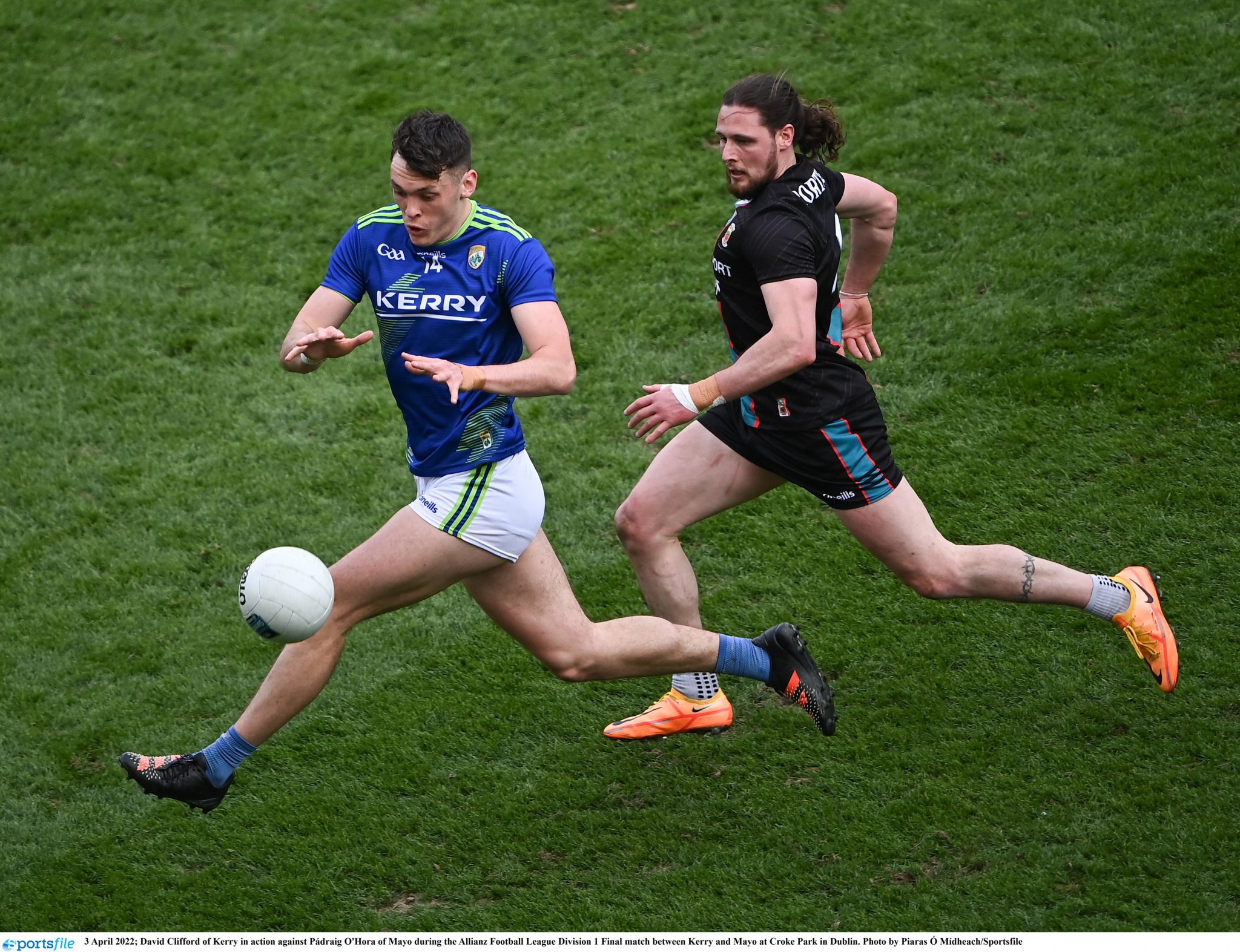 "It didn't go the way I wanted it to go but I enjoyed it. You lose games. I was a bit downhearted for a few minutes but then my little girl jumped onto the pitch.

"You get a smile and then you forget about it. It's part of the overall experience and I hope there's more to come. 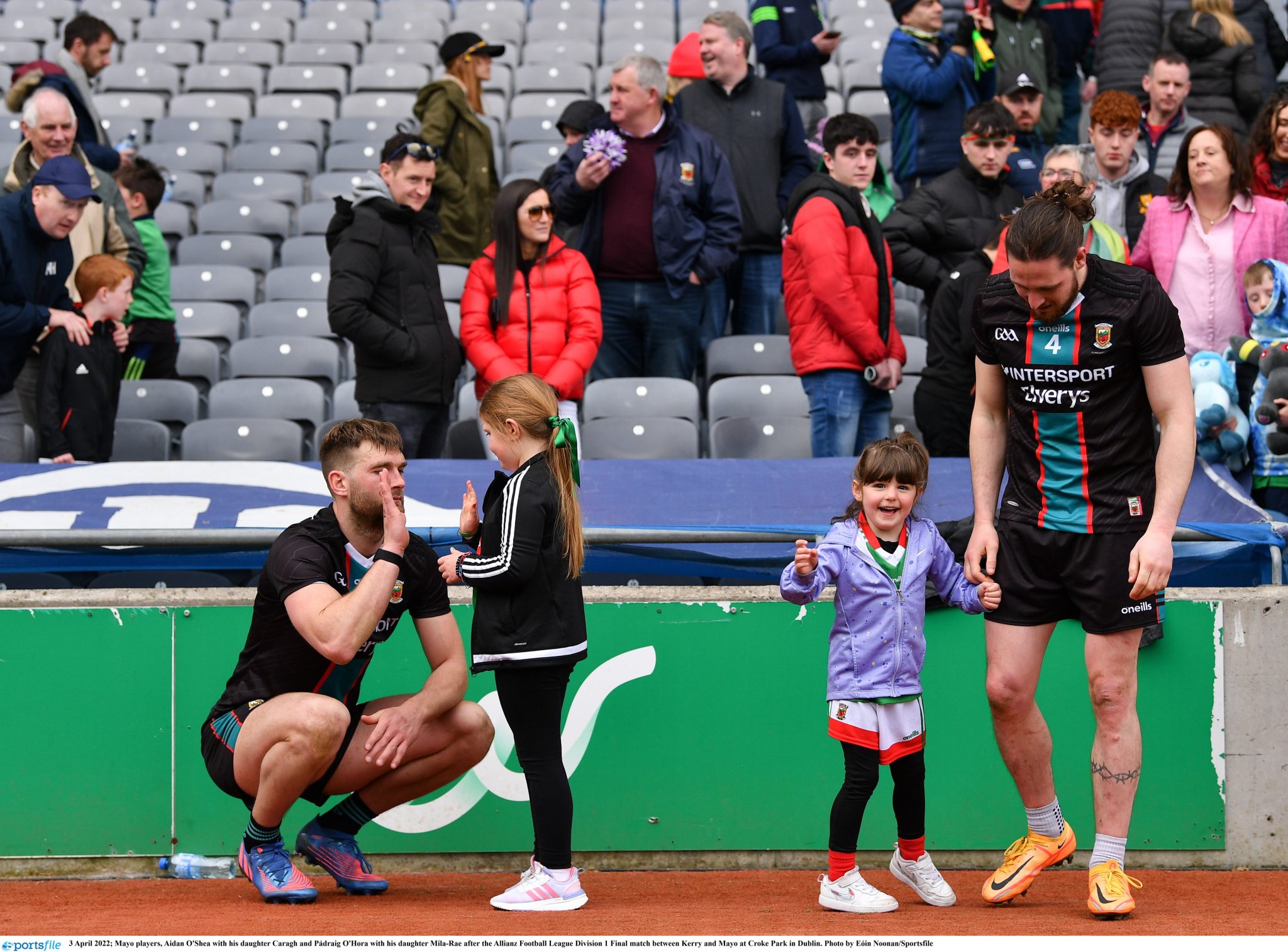 "It doesn't put me up or down. I'm in touch with different groups about resilience all the time. The criticism that I take will come from within my circle - my friends, my family and the team.

"If somebody was upset with me about my performance I would have to take it on, likewise if management were upset. If it comes externally I just don't care. Everybody can have their opinion, it doesn't bother me at all."

Padraig O’Hora was speaking at the launch of SuperValu’s #CommunityIncludesEveryone campaign. Now in their thirteenth year of supporting the GAA All-Ireland Senior Football Championship, SuperValu is calling on each and every member of GAA communities to do what they can to make their community more diverse and inclusive.


popular
Roy Keane handled Gary Neville’s goal celebration as most Irish fans would
Roy Keane cracks up ITV pundits with description of Senegal supporters
World Cup 2022 Day 15: All the major action and talking points
Ronaldo finally reveals why he got that hideous haircut
Damien Duff makes 'brutally honest' England World Cup prediction after Wales win
Mauricio Pochettino on Kylian Mbappe and rumours that he's 'difficult'
World Cup 2022 Day 14: All the major action and talking points
You may also like
3 weeks ago
Munster, Connacht and Ulster GAA clashes stack your TV guide this weekend
4 weeks ago
Jamie Clarke takes sabbatical from soccer to commit to Crossmaglen
1 month ago
Paul Finlay reveals secret to high performance in your late 30s
1 month ago
The one moment that shows why David Clifford is the best player around
1 month ago
Quiz: Can you name these intercounty GAA teams from their nickname?
1 month ago
The five most unlucky players to miss out on an All-Star
Next Page