You'd be surprised the amount of people who think you're stone mad just for playing hurling.

Would you not be afraid some lad is going to chop your hand off with one of those sticks? It's almost cringy and you laugh it off before trying to bring the conversation to an end. Ah, it's not that bad, not that bad at all.

What's even more cringy is when people who actually have played the game and know its ins-and-outs try to build up this image of a manly game, as if all hurlers are some sort of gladiators. Yes, it's a tough sport and there are some particularly brave players but there are tough and brave players in other sports too, just like there are some hurlers who wouldn't be that brave at all.

The image, you suspect, is born out of the classic YouTube clip of someone like Johnny Maher pulling like no tomorrow. We should boast about the skill, the speed, the touch, the high catching and so on before we point to the belts. Not every game is a free-for-all timber auction and hurls we must remember, are tools rather than weapons, and are for the most part, used as such.

"I hear an awful lot about the manliness of hurling," said Cheddar Plunkett on Thursday's GAA Hour Hurling Show.

"Let's kill that straight away. I hate us talking up something in our sport when the same thing is in an awful lot of other sports. It is a tough, physical game, played in the right spirit but there's a whole lot of games that are the same," he said.

Hurling's manliness came up for discussion in the show after Cork legend Ben O'Connor made the point in the Irish Independent that "they're taking the manliness out of the game" with the finicky tendencies of certain referees.

While not agreeing with the terminology, Plunkett agrees with the Cork man's point about certain officiating habits, most notably, the head-high tackle and how it's dealt with.

"It's gas because I was thinking about this last week," said Plunkett, "We do need to be specific about what we're talking about here." 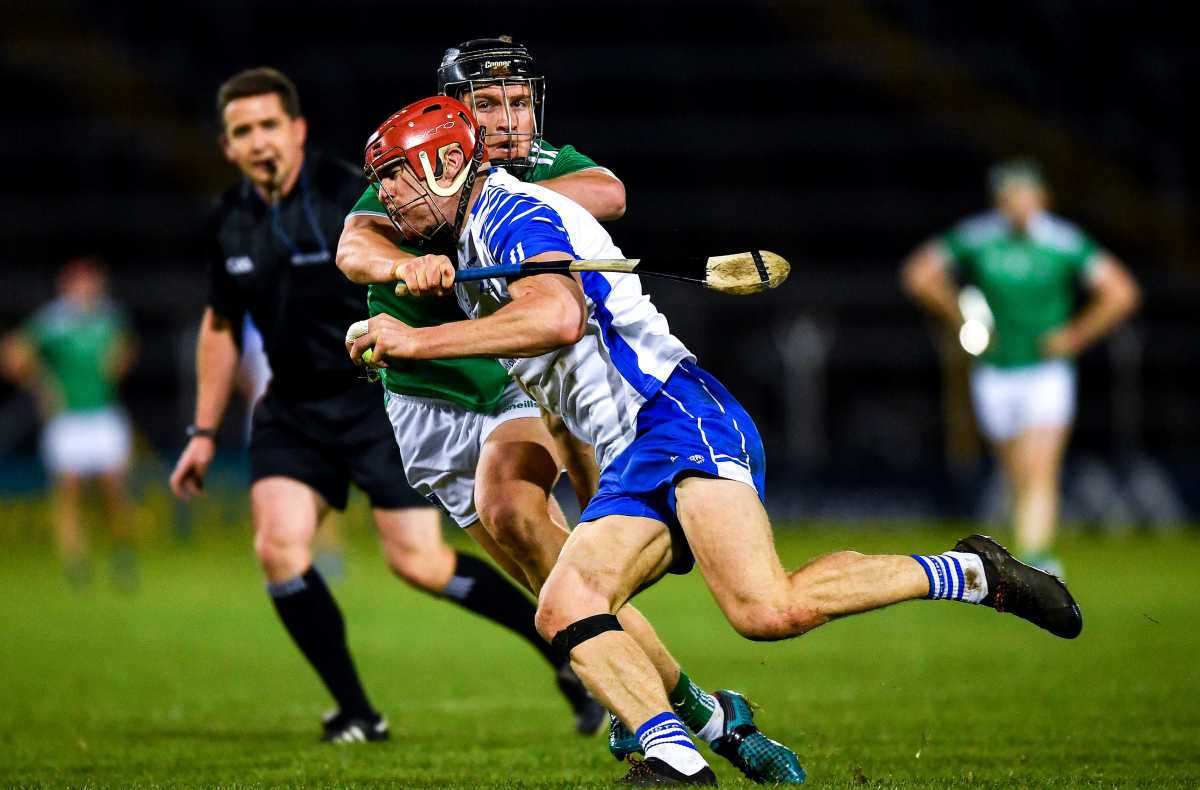 END_OF_DOCUMENT_TOKEN_TO_BE_REPLACED

"The head-high tackle needs to be looked at. Is it a head high tackle that's a danger to you? An awful lot of players are very good at knocking the head back as they come into the tackle, and then it doesn't look good and it's a yellow, even though the defending player was just sucked into it."

It's one of the most frustrating things to happen within the four lines, when an opposing player ducks into your hurl and dives for the ground. Indeed, soft yellow cards and harmless frees for indiscretions such as a minor touches or tugs when players are just contesting the ball is another bone of contention.

"I just think we need to look at that, is it as dangerous as what people are saying. I'd fully be with the medical people with regard to head injuries. I'd certainly like to see GAA doctors looking at the way the head tackle is being refereed. I think if we specifically looked at that at the minute, we'd probably take a lot of silly frees out of the game.

"I'd say 90% of those tackles haven't a health and safety issue around them. There are other things going on that have, and I think we just need to be specific about that and take it out," added the former Laois player and manager.

Brian Carroll agrees with Plunkett, claiming that it should be a free the other way if a player goes in to buy a free in that manner.

"The really top class referees can see the difference and they can see what the player is trying to do and they don't award the free. Some less experienced refs follow it to the letter of the law. It's frustrating for people who understand the game, when people are just buying a free. If you're ducking you're head into a challenge, I think it should be a free the other way."

You can listen to The GAA Hour Hurling Show with Colm Parkinson, Cheddar Plunkett and Brian Carroll here.

popular
Roy Keane's first impression of Cristiano Ronaldo proved to be very accurate
The 14 Irish players Down Under as TG4 come up with the goods once again
The SportsJOE 12 o'clock quiz | Day 290
Lady Gaga will perform Satanic ritual during Super Bowl halftime show, according to conspiracy theorist
"I have more work done than any player in Ireland" - The Trevor Giles tribute show
Joe Rogan doesn't agree with giving McGregor a rematch against Khabib
Pesky penis interrupts important Conor McGregor phone call
You may also like
1 week ago
"The divil you know is better than the divil you don't" - Larkin stands by Cody
2 weeks ago
"Is it curry or is it stew?" - Seamus Flanagan and a Limerick training session in November
1 month ago
"Cillian O'Connor, amazingly, didn't even flinch at what was said by Philly"
1 month ago
"It's going to be very hard to see anyone laying a glove on Limerick for a while" - JJ Delaney
1 month ago
"He isn't a flat track bully; he's the reason Mayo hammered them"
1 month ago
Mayo know what's required to beat Dublin... but it could get dicey
Next Page