Individuals don't win All-Ireland medals, teams do, and to Tyrone's team had an incredible bond this year.

It wasn't just the starting 15 that was important, it was the entire squad, even those who didn't make the 26-man panel on match day.

Kieran McGeary was one of the stand out players this season, but he knows that Tyrone's success was a team effort, and tells the perfect story to prove it. 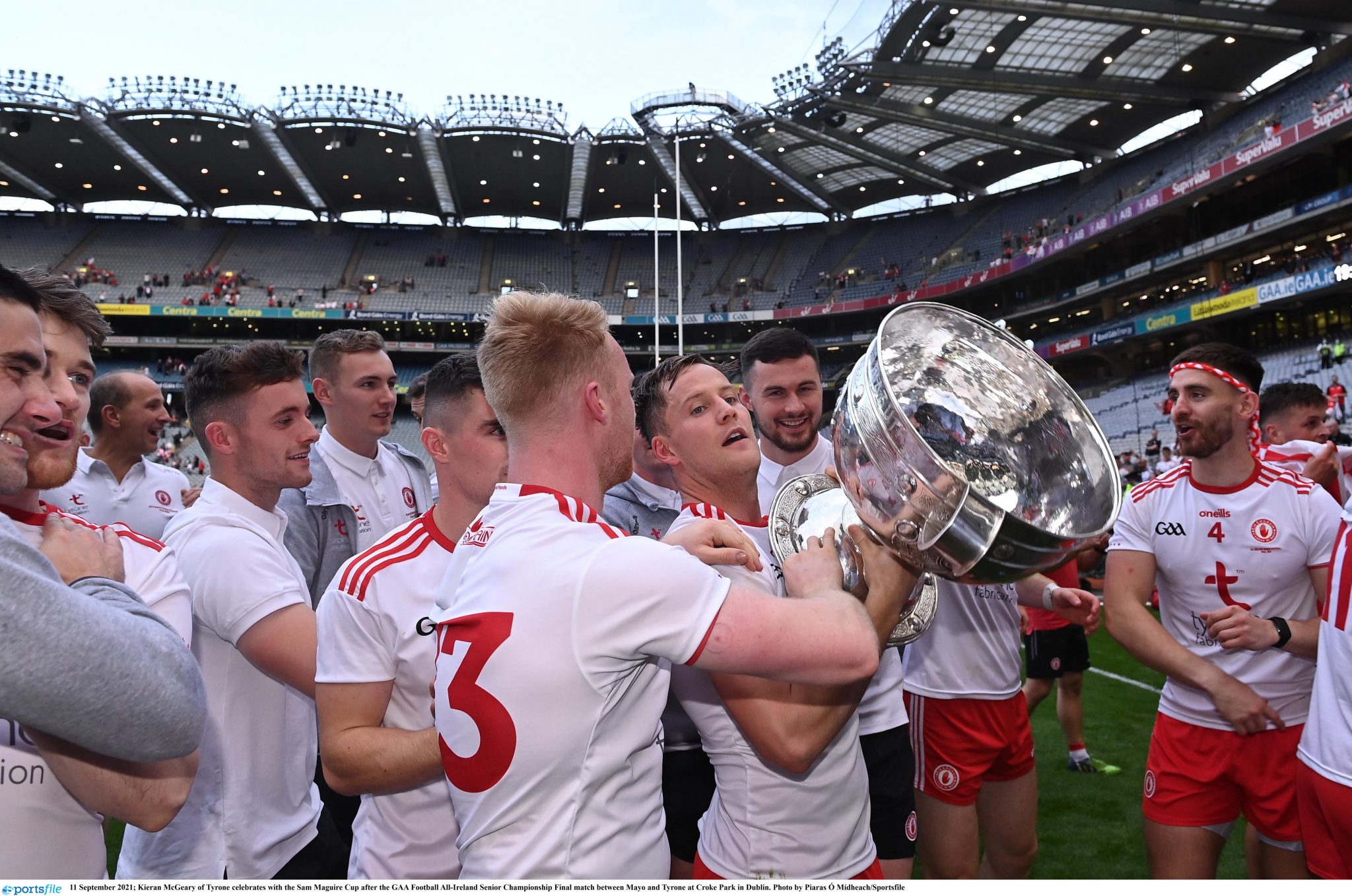 "I suppose this is the year that it has all just clicked perfectly, because of our Ulster and All-Ireland success. They are honestly a bunch of great lads, they really are, every single one of them.

"The way they conduct themselves, on and off the pitch, the way boys help you at training, even moreso the fellas that - I'll give you an example, boys that didn't make the 26 on the Thursday night, it's such a tough call for anybody, if you look at some of the players on the panel that never made the 26, they're some of the best, best lads and best footballers if you were to go through Tyrone.

END_OF_DOCUMENT_TOKEN_TO_BE_REPLACED

"That just underlines the type of players they are. Straight away it's all about the 'we' and not the 'I' in that situation.

"And that would be hard to go home on the Thursday night and know that you weren't on the panel but if you have all the boys doing that, you're not in a bad setup."


popular
Patrick Vieira appears to kick fan after Everton defeat
Rangers legend says he and Roy Keane didn't speak during Man United spell
Rory McIlroy response to doubters on his final hole was such a relief
Your guide to a huge weekend of sport and how to watch it all
The coolest customer in hand-ball hoping to carry on the family tradition for Kilkenny
Chris Sutton praises and throws subtle dig at Rangers after Europa League final loss
Boris Johnson slams Jurgen Klopp for defending Liverpool fans booing national anthem
You may also like
1 day ago
"County football isn't for everyone" - Down captain Barry O'Hagan hits back at criticism
3 days ago
Eamon McGee reveals what Rory Gallagher was like under Jim McGuinness
3 days ago
If you're going into battle alongside Gareth Mckinless, then you will always have a chance
4 days ago
Rory Gallagher absolutely loses his mind celebrating as Derry beat Monaghan in Ulster semi-final
5 days ago
Monaghan will be a "different kind of challenge" compared to Tyrone says Derry boss
6 days ago
"I enjoyed it" - Padraig O'Hora opens up on his battle with David Clifford in League final
Next Page