“My position came under increasing scrutiny because I was being judged on the standards that were set in the Noughties."

Mickey Harte's new book reveals a lot of things about his journey with Tyrone, but it's the end of that journey that will no doubt attract the most interest from readers.

With nearly 20 years as senior manager of the Red Hand county, the Errigal Ciaran man does admit that it wasn't ending he wanted.

In an extract from "Devotion: A memoir," Harte explains where he was, who he was with, and how he felt, when his tenure as Tyrone manager finally came to an end.

“How it finished was not the way I would have chosen. I knew the end was close. I just never imagined my time with Tyrone would finish on a winter’s night in the car above Garvaghey, waiting on a call.” 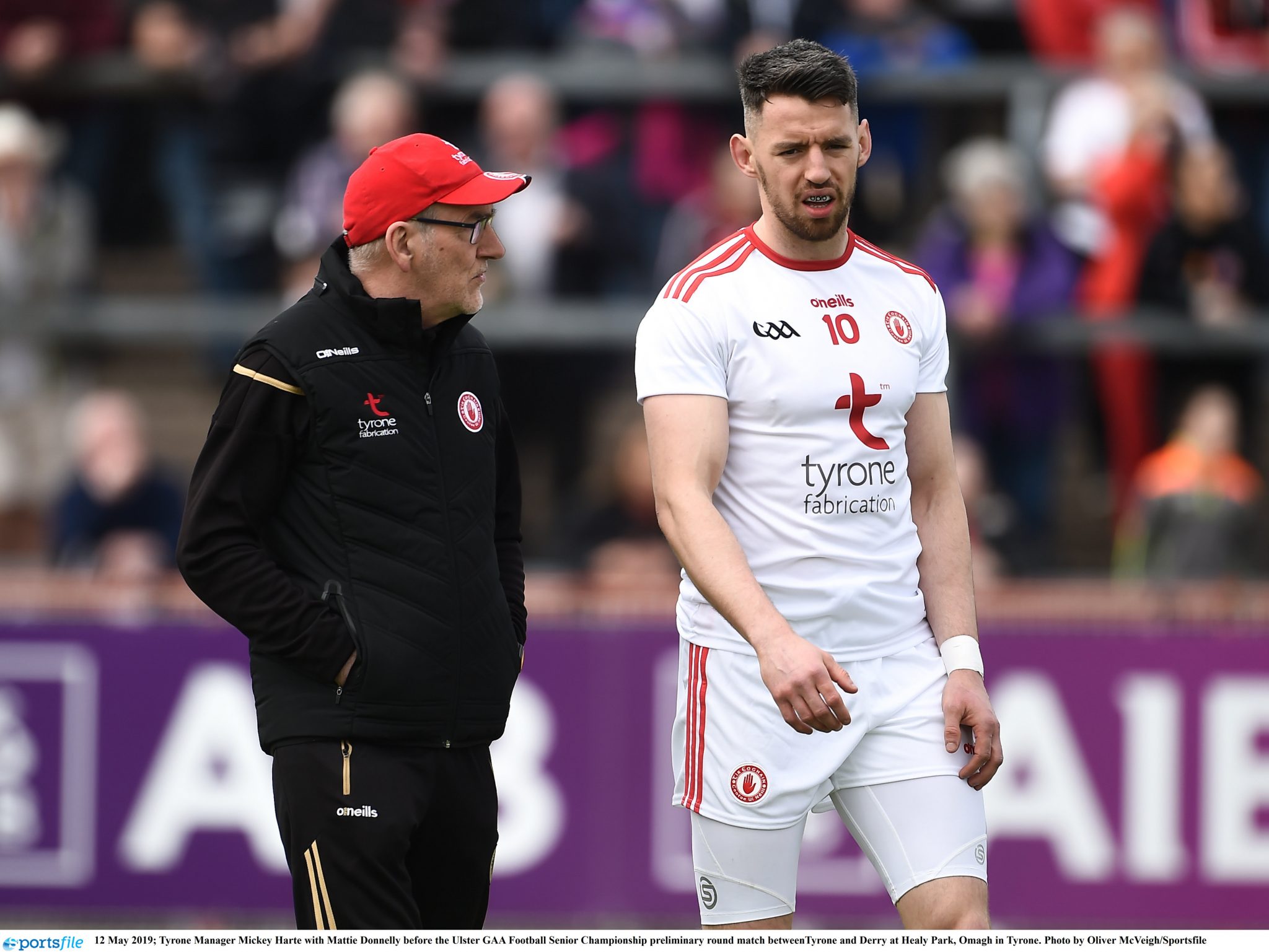 Then team captain Mattie Donnelly was with him, and the week before, Harte talked with Donnelly to “check the mood among the players”.

“If he told me the squad were set on change then I would have said goodnight,” Harte writes.

“Had the season run as normal, there would have been no need for that conversation with Mattie.”

“30 years of unbroken service seemed a good time” to bow out, but he wanted a “genuine shot” at his final year, “an opportunity denied by the coronavirus. 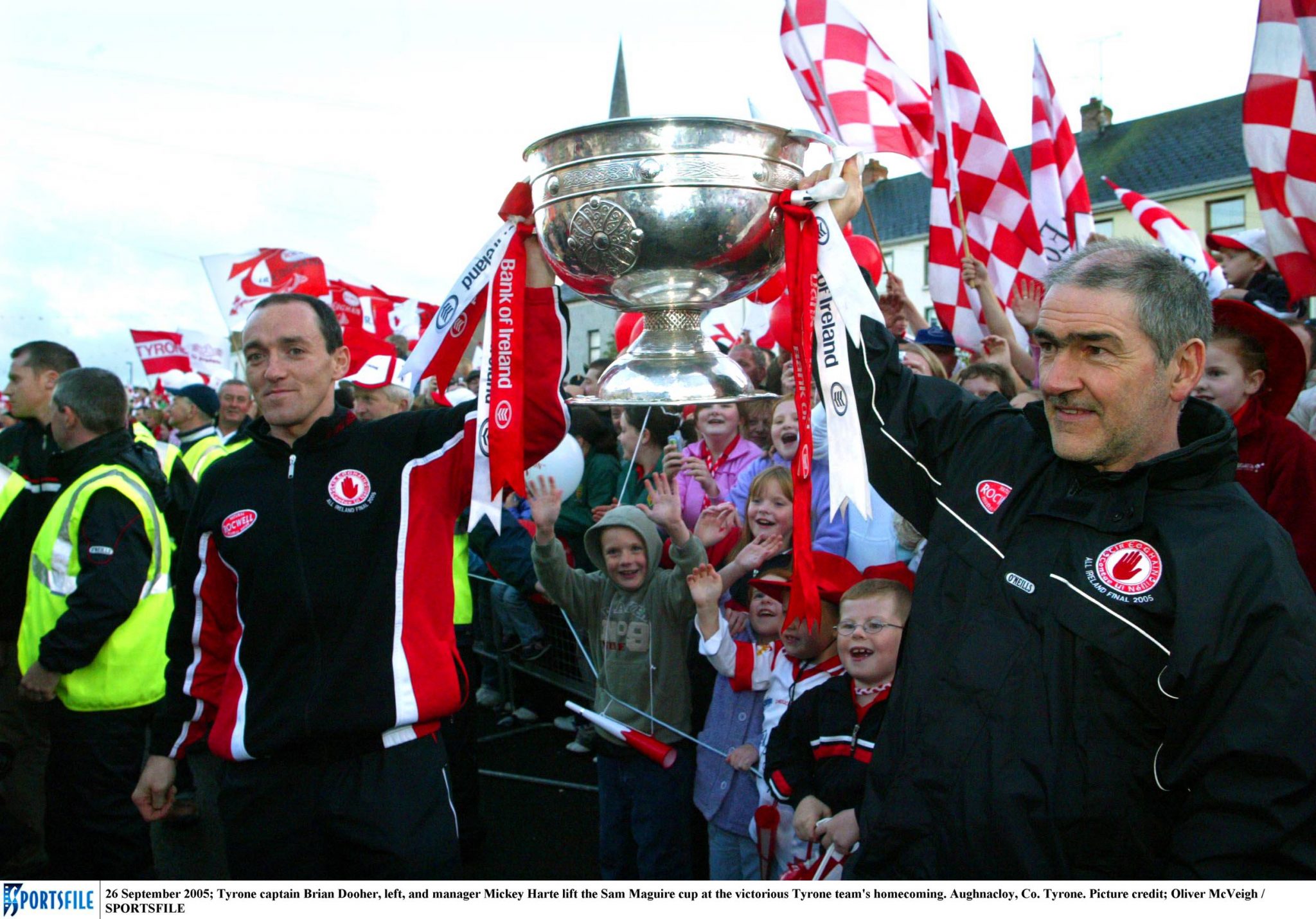 “My position came under increasing scrutiny because I was being judged on the standards that were set in the Noughties. But the football world had moved on. And our greatest ever team was breaking up.

“That period was probably more difficult for me than I realised at the time. These great players, warriors for Tyrone, were reaching the end and I had to make a lot of hard calls. I made mistakes.

“Of course, I still want Tyrone to succeed; I always will,” adds Harte, who now has a new position managing the Louth inter-county team. “I am old enough and wise enough to know that bitterness serves you no good. Life goes on.”


popular
Jurgen Klopp reacted like everyone else to Darwin Nunez headbutt red card
Jamie Carragher on the two Man United players Erik ten Hag can't trust
"I went up to the Italians and gave them a big auld shoulder" - Paul O'Donovan does it again
Carragher and Neville brutally name Man United's biggest transfer flops since 2013
Man United have 'decided to sell' promising midfielder James Garner
Wexford Under-20 lights it up as Ferns win their first ever county title
Graeme Souness under fire for calling football a ‘man’s game' while sat with Karen Carney
You may also like
5 days ago
Down county football is in tatters, but Conor Laverty is the man to piece it back together
1 week ago
Referee mic was trialled during hurling final and proves why it should be introduced permanently
1 week ago
Colm O'Rourke belives that Shane Walsh should at least wait a year before making club transfer
1 week ago
Antrim star saves someones life in the morning and then scores 1-15 for his club in the evening
1 week ago
"I just can’t agree with it" - Darran O'Sullivan critical of Shane Walsh's transfer to Kilmacud Crokes
1 week ago
Mayo star scores an outrageous total of 1-17 in Chicago championship game
Next Page