The real story behind how Hill 16 got its name

The terrace will be a sea of blue for Sunday's All-Ireland Final between Dublin and Mayo, and in raucous voice cheering on the Dubs to what will potentially be their 26th All-Ireland championship.

It would take an incredible offer to tempt those who'll be congregated on the Hill to part with their ticket.

END_OF_DOCUMENT_TOKEN_TO_BE_REPLACED

In the modern era of sterile, all-seater stadiums, laced with corporate boxes and over-powering PR systems playing Pitbull, Hill 16 represents the importance of the past for the GAA.

While Irish soccer was forced to move from it's original home, Dalymount Park, and sports teams throughout the world plot moves to more commercially viable locations, the GAA incorporated it's history into one of Europe's best, and most modern, stadia.

According to the official history of Croke Park, the terrace was: "The GAA's first effort at modernisation was the construction of a terrace area at the northern end of the ground, in what is now Dineen-Hill 16."

"This was created in 1917 using the rubble from O'Connell Street in Dublin, which had been destroyed in the 1916 Rising."

END_OF_DOCUMENT_TOKEN_TO_BE_REPLACED

This origin story holds great significance for Dubs fans, a sense of pride that they congregate on a terrace that was built from the rubble that would become the foundation of the modern state.

However, despite Croke Park's account of history, and the story around Dubliners carrying rubble on carts from O'Connell street to build the terrace, this is a complete fabrication, according to leading historian Dr Paul Rouse. 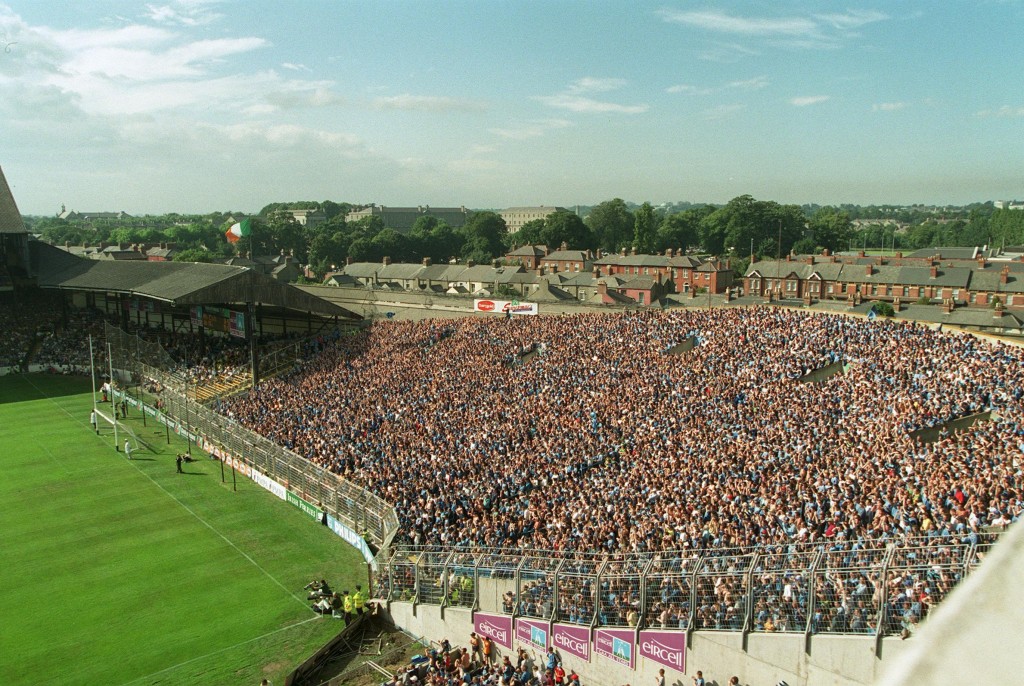 END_OF_DOCUMENT_TOKEN_TO_BE_REPLACED

Rouse says the terrace was actually built in 1915, in time for that year's All-Ireland Finals, and was named Hill 60 after a battle in the First World War in Gallipoli.

The August 1915 battle for a hill in Turkey saw the Royal Dublin Fusiliers suffer heavy losses, and, in keeping with the tradition at the time, the hill was named in its honour.

Just as the Kop in Anfield is named after a battle in the Boer War, the terrace became Hill 60.

According to UCD's Dr Rouse: "The redeveloped corner of Croke Park was considered to resemble the description of Hill 60, and soon after that part of the ground became known as Hill 60."

So how has this history been airbrushed, and the terrace become known as Hill 16?

In 1931, Dan McCarthy, a former GAA President, stated his objection to the name of the terrace, arguing that Croke Park was "sacred ground... sanctified by blood of martyrs". Therefore, he claimed it was wrong to honour a battle that took place in a foreign country, and a "foreign war".

Hill 16 was a more fitting name.

The GAA's agreed with McCarthy's proposal, and applied pressure on Irish newspapers to tow the line.

The myth about the terrace being built from the rubble of the GPO appears to also have it's source in this era, but really took hold in the 1960s.

In 1966, Raymond Smith, a journalist for the Sunday Independent, wrote how he personally met a man in a Dublin pub who had been paid 6d. a load to carry rubble to Croke Park. According to Dr Rouse: "History was overwhelmed by the power of men in pubs telling stories."

While, according to T.P. Kilfeather, writing in the Sunday Independent in 1967: "Few of those who watch Croke Park matches from the corner of the ground, known as 'Hill Sixteen', know that they stand on a hill made from the rubble of the ruins of O'Connell Street after large sections of it had been devastated in the Rising of Easter Week, 1916."

50 years later, the opposite appears to be true and few of those standing on the Hill this Sunday will know the story propagated may well be a complete fabrication.


popular
Rangers legend says he and Roy Keane didn't speak during Man United spell
Chris Sutton praises and throws subtle dig at Rangers after Europa League final loss
The coolest customer in hand-ball hoping to carry on the family tradition for Kilkenny
Rhodri Giggs accuses Gary Neville of hypocrisy over Salford sacking
FootballJOE's Career Path Quiz: #6
PSG offer Kylian Mbappe 'complete control' with insane contract offer
"I think there are only five Kilkenny players who are guaranteed to start on any given day" - Cody's motivational methods
You may also like
3 days ago
If you're going into battle alongside Gareth Mckinless, then you will always have a chance
3 days ago
Rory Gallagher absolutely loses his mind celebrating as Derry beat Monaghan in Ulster semi-final
5 days ago
Monaghan will be a "different kind of challenge" compared to Tyrone says Derry boss
6 days ago
"I enjoyed it" - Padraig O'Hora opens up on his battle with David Clifford in League final
1 week ago
The All-Ireland hangover is a real thing, Dublin's dominance just made us forget about it
1 week ago
David Clifford tells Darran O'Sullivan how handles all of the pressure and attention he receives
Next Page