"He's a big prospect and if he doesn't nestle in beside Brian Fenton this year, I've no doubt in the next two or three..."

The champs will take some stopping.

UCD gave DIT a 16 point clipping on a frozen over Belfield pitch on Wednesday night and now they bound onto the last eight of the Electric Ireland Sigerson Cup.

The deadly attacking duo of Con O'Callaghan and Evan O'Carroll did most of the damage for the home side scoring 2-6 between them but they were on top all over the pitch with Corofin's aptly named Liam Silke dictating proceedings in defence while promising Dublin talent Darren Gavin drove it on in the middle third.

Electric Ireland live streamed the game and in the aftermath they caught up with UCD manager John Divilly who was impressed by his team's patience and team spirit.

"They (the UCD players) know each other well, they've a great grá for the competition, they like playing it," he said to Oisín Langan.

"They're very fit and they're very strong...We have to be patient, give them seven or eight minutes to get into a game, to get their calls right and that. As long as they're patient, they work the scores," he said.

One player who came in for particular praise was Lucan Sarsfields club man Darren Gavin. A Dublin under-21 in 2017, the midfielder impressed for the county seniors in the O'Byrne Cup this year and he built on that form on Wednesday night. 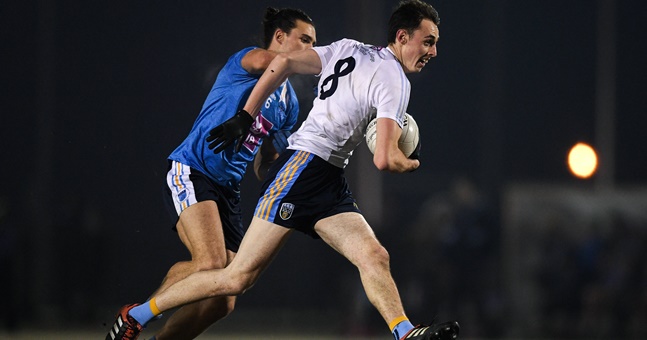 A strong runner, he burst through for a point, set up a few more and won a few frees in an action packed performance.

"His dad is from Galway. He would have played in 1998 with Galway and for years before that. I think he's a big prospect for Dublin and if he doesn't nestle in beside Brian Fenton this year, I've no doubt in the next two or three, he'll be a big prospect for Jim Gavin."

Former Dublin forward Mossy Quinn was on commentary duty for Electric Ireland and the man who caught his eye was the rangy Laois full forward Evan O'Carroll. 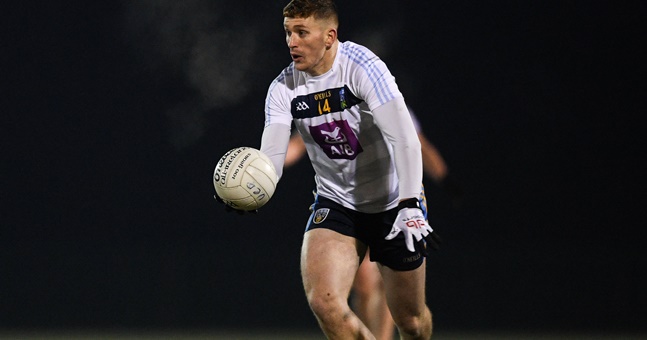 "He mixes it up, he's well able to get out in front and win his own ball. He's a big man, he's direct for his goal, he backed himself. He had a good battle with the full back Brian Power. He has good hands, he brought other lads into the game. Evan gives them that focal point in attack, his striking off the ground is pretty clean as well."

Next Wednesday it's DCU in DCU. Divilly knows who the danger man is, he's just looking forward to seeing if his boys can stop Mayo's Reape.

"We've a huge rivalry there. They've a good team as always. Brian Reape is a good player, he's one for everyone in the country to watch but I'm looking forward to seeing can our defenders stop him scoring goals next week!"

popular
The SportsJOE 12 o'clock quiz | Day 183
Luke Shaw steps up to make common sense plea to Ed Woodward
Peter Sagan pays classy tribute ahead of Sam Bennett's big moment
Irish cyclist Sam Bennett delivers classic putdown to British cycling magazine
Sam Bennett admission shows how incredible his final stage win was
Wild scenes at Semple Stadium as Kiladangan score last gasp stunner
QUIZ: Can you name the 5 Liverpool players in 15 seconds?
You may also like
7 months ago
Monaghan livewire lights up Glasnevin to seal Sigerson glory for DCU
7 months ago
The legend that is Pat Critchley has IT Carlow on brink of Sigerson history
8 months ago
Molloy braced for another clash as Sigerson and club fixed for same day
1 year ago
Sean O'Shea has Mallow drooling but Jarlath Óg Burns is some man to fetch
1 year ago
Letterkenny IT win Trench Cup after outrageous scoring run in final minutes
1 year ago
UCD stunned in Sigerson semis after being held scoreless for 38 minutes
Next Page