"It was the icing on top of a great day, one I'll cherish forever"

After 13 years down the divisions, the Waterford ladies are back in the big time. They steamrolled Kerry in the Division Two decider in Parnell Park on Sunday and in 2020, they'll be back playing Division One football.

Back where they belong.

Michelle Ryan had a huge part to play in that. A stalwart of Waterford football, she's been on the panel since 2001 when her father Michael brought her in to the set-up as a minor and even though there's been plenty of ups and downs since, she never once stopped believing.

That's what made it even sweeter.

She kicked an early goal that sent them on their way and afterwards she drank in the success with her father Michael. For the Ryans, it was the perfect day and Sportsfile's Brendan Moran captured it brilliantly.

Now that's what it's all about!

Having managed the Waterford hurlers and the Waterford ladies footballers, Michael Ryan has seen it all but he's never been as proud as seeing his daughter Michelle win Division Two title with the Déise today.@WaterfordLGFA @LadiesFootball 👏 pic.twitter.com/ft2l17VZ1w

Seeing a 64-year-old Michael invade the pitch afterwards with a wide beaming smile summed it all up and Michelle told us all about his obsessive relationship with the GAA afterwards.

"He's instilled a love for football and hurling in all of us, between myself and my brother and sisters. From as long as we can remember, he's lived for the GAA. He would have gotten us involved from an early age with BallyMac and he'd always have been a great encouragement, a drive and inspiration behind us all," she told us.

"That's why it was so great for him to come onto the field and to share the moment with him yesterday. It put the icing on such a great day, I actually don't know how he got onto the field or if he was let but I'm sure nobody would have been able to stop him!"

During his time with BallyMac and with teams down through the years, It was clear that this mad had arrived well before his time.

"His love for it is infectious like, he would have been involved in ladies football teams first and then he got into it with the hurling teams too. He might have been before his time - he was involved before Sky or any of that, he would have had video recordings of games and he'd have been up until all hours watching them and trying to come up with tactics and different ideas and improvements, he's an absolute GAA obsessive and you'd have to admire him for it."

There's proof in the pudding.

A former Nire footballer and Fourmilewater hurler in Waterford, Ryan's first break into the managerial world came in 1989 with Ballymacarbry, his local ladies football team. 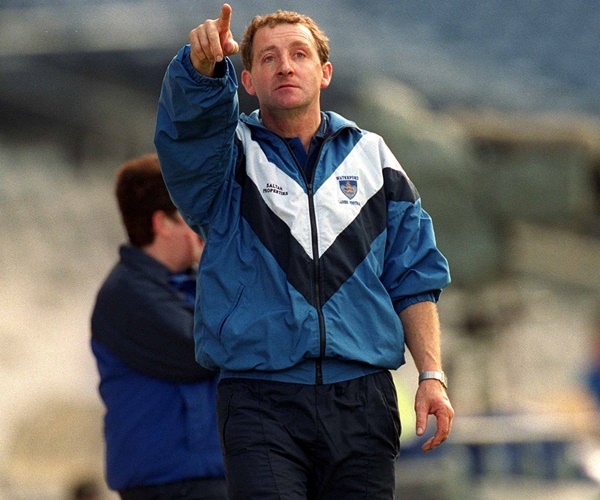 That was the start of something wonderful. Ryan managed Ballymac to their first All-Ireland senior club win in 1989 and that marked the beginning of a remarkable, unparalleled run of success. The club would go onto win nine of the next ten All-Ireland club titles.

This was something special but Ryan was only getting started.

He went onto take over the Waterford ladies football team and in 1991, would guide them to a maiden All-Ireland title. They'd follow it up with more glory the following year.

His last All-Ireland title with the Déise came in 1998 - but in recent years Ryan has gone on to manage the Waterford and Westmeath hurlers up until last year, and this year, he's taken over the Killenuale senior hurling team in south Tipperary.

It speaks of a man with a burning grá for the GAA but it isn't lost on his daughter. Next year, she'll no doubt be back for a 20th season and she's still as hungry as ever.


popular
The SportsJOE 12 o'clock quiz | Day 113
"Never back against the Irish" - How the BBC covered our USA 94 win over Italy
Jack Charlton's role in getting Roy Keane to Manchester United has been revealed
Roy Keane on the experience of being managed by Jack Charlton at USA 94
Can you name every English football league club that begins with 'S'?
Max Holloway's class gesture after controversial UFC 251 loss transcends the sport
"We can't keep hiding behind managers" - Coleman brutally honest as Everton carved up
You may also like
4 months ago
"Waterford respected the decision I made" - From Déise to defence forces and Kildare
7 months ago
Waterford duo star as Munster retain inter provincial crown
1 year ago
Munster final the big one on massive weekend of ladies football action
1 year ago
In a sports-mad household, Ryan still giving it her all for Waterford
3 weeks ago
The miracle of the Seir Kieran brothers and the man who was there for every step
3 weeks ago
"He was a nightmare to play against...you were just a sitting duck"
Next Page