"I hope he continues to enjoy a fruitful club career for many years to come."

Tommy Walsh has confirmed his retirement from the inter-county scene, a career which began way back in 2007, when he also secured his first All-Ireland title.

The 6'5 man-monster came into the team with a reputation as big as his towering physique, and few players in the history of the GAA hit the ground running like he did.

END_OF_DOCUMENT_TOKEN_TO_BE_REPLACED

He became essential to The Kingdom's plans in 2008, losing out to Tyrone in the All-Ireland final but securing the Young Player of the Year award for his dominant displays throughout the campaign - he was only 20-years-old.

The following year he was pivotal to Kerry's All-Ireland triumph, kicking four points in the final, and terrorising defences all over the country.

However, that was to be the last of his All-Ireland success, he enjoyed a five year career in the AFL, that came to an end after a nasty hamstring injury. 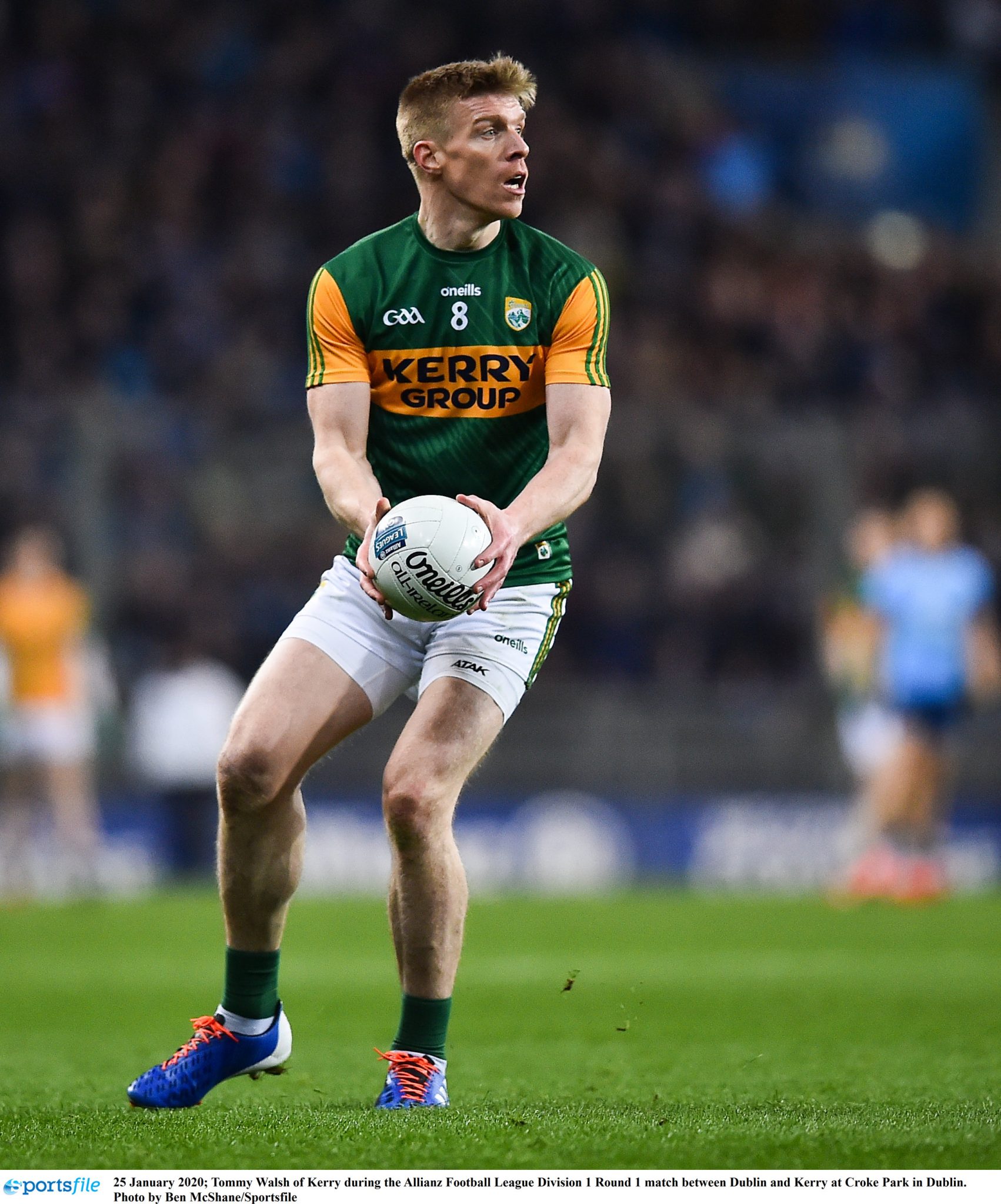 END_OF_DOCUMENT_TOKEN_TO_BE_REPLACED

He returned twice more to the Kerry panel, dedicating every last ounce of his ability to the Kingdom, but now feels it is time to call it a day.

Kerry manager Jack 'Connor said: "It was with sadness that I learned today of Tommy Walsh’s decision to retire from the Kerry Senior football panel.

"I coached Tommy for two years firstly in 2008 with Kerins O’Rahilly’s when he was instrumental in helping the club to a county final and in 2009 with Kerry.

"He gave one of the great exhibitions in the 2009 All Ireland final against Cork when he scored four great points – two from either foot. Like his father Seanie, he was a man for the big occasion and raised his game accordingly.

"I wish him all the best in retirement, and I hope he continues to enjoy a fruitful club career for many years to come."

County chairman Tim Murphy said: "Over the past two years in particular Tommy’s leadership on and off the field has helped to encourage, motivate, and successfully integrate many of our younger players onto the panel.

"On behalf of all Kerry supporters I wish to sincerely thank and acknowledge Tommy for all he has done and wish him the very best in the future."


popular
Gearoid Hegarty's harsh red card leads to a heated debate in The Sunday Game studio
French media rave about Caelan Doris and 'Playstation rugby' from Leinster
Ralf Rangnick wants to hold Man United debrief meeting with Erik ten Hag
Chelsea team-mates 'shocked' as Andreas Christensen reportedly refused to play in FA Cup final
Liverpool and Chelsea fans go viral after bizarre FA Cup final confrontation
Tailteann Cup draw doesn't pass without controversy as repeat-pairings and regional draws come under scrutiny
Waterford's championship fate no longer in their own hands after explosive Sunday
You may also like
3 days ago
"I enjoyed it" - Padraig O'Hora opens up on his battle with David Clifford in League final
4 days ago
The All-Ireland hangover is a real thing, Dublin's dominance just made us forget about it
4 days ago
David Clifford tells Darran O'Sullivan how handles all of the pressure and attention he receives
5 days ago
Three hurling games, one Ulster championship clash, and an u20 All-Ireland final on TV this weekend
6 days ago
Mickey Harte says 'it's nearly too late to market Tailteann Cup well now'
1 week ago
Andy Moran is 'disappointed with the way they set up' Tailteann Cup
Next Page