If ever proof were needed that Philly McMahon plays on the edge.

After a tremendous 2015 the Dublin corner-back would be a worthy winner of the Footballer of the Year award tonight, despite his season finishing under something of a dark cloud.

END_OF_DOCUMENT_TOKEN_TO_BE_REPLACED

The Kingdom full-forward was a 5oth minute substitute in the final and in RTÉ One's All-Ireland Day, to be screened on Monday, we see that his introduction was a red rag to an already bulling McMahon.

The programme follows a number of different characters involved in the All-Ireland football final, including RTÉ commentator Darragh Maloney, members of the Artane Boys Band and Croke Park staff, but it is the microphone on match referee David Coldrick that provides the most compelling footage. 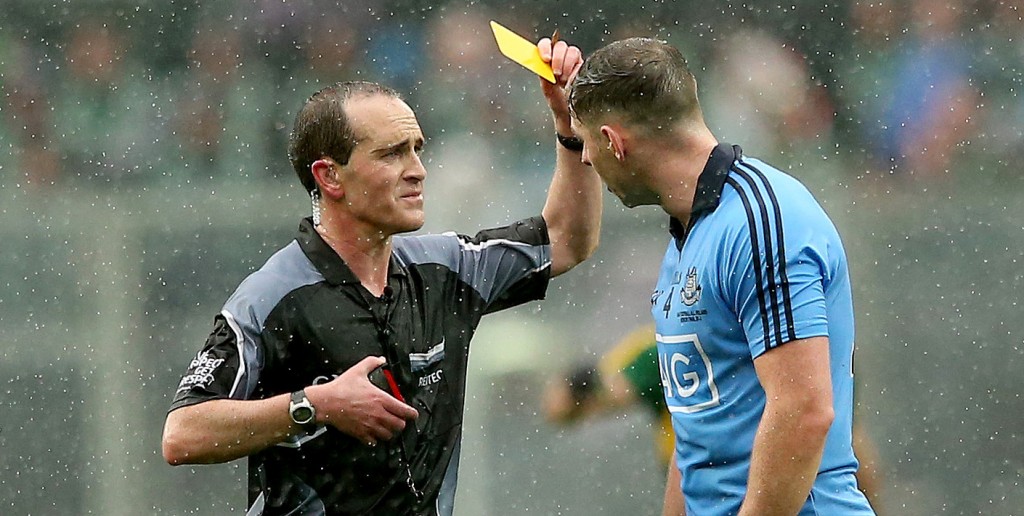 Listening to Coldrick and his assistants we learn that McMahon was under observation early in the game, with the corner-back being singled out for his treatment of Colm Cooper: "Watch four for Dublin, all the time...Watch him, David!"

END_OF_DOCUMENT_TOKEN_TO_BE_REPLACED

The Meath official has a quick word with the three-time All-Ireland winner: "Philly, come on. This is just a warning Philly, that's all."

After the break, as the conditions deteriorate and tempers fray, the introduction of Donaghy seems to up the ante. After one tussle in the Dublin square an umpire instructs Coldrick to book the Dublin defender.

"No4 persistent fouling, yellow card," says the umpire. "Look he is doing it in the middle of the field, off the field."

END_OF_DOCUMENT_TOKEN_TO_BE_REPLACED

To which Coldrick responds: "Why are you giving them an opportunity?"

"You're holding him the whole time," says Coldrick, angering the Dublin man. 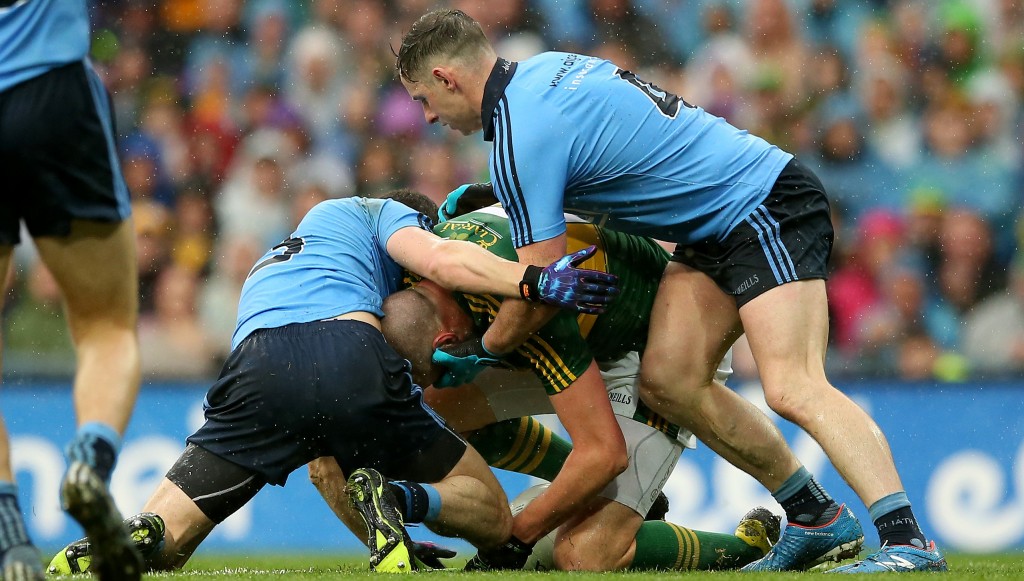 Then, with Kerry desperately chasing the game, we get the major talking point. Donaghy ends up on the ground trying to gather a loose ball when McMahon makes contact with his eye. As soon as Coldrick blows his whistle for a throw ball the Kingdom captain is over to him, pointing at his eye.

"He gouged my eye on the ground, Dave."

"I didn't see that now, Kieran," says Coldrick, before McMahon arrives on the scene and confronts Donaghy.

"That was just two lads competing, that's all," he says.

"Lads, lads. It's okay. It's alright. It's alright, Philly," says Coldrick, just as his sideline assistant Derek Fahy asks him if he wants to allow on a sub to "settle it down".

In the aftermath of their defeat, Donaghy let the matter rest, saying "what happens on the pitch stays on the pitch" and Coldrick, refereeing his third final, seemed to defuse the situation there and then.

Other highlights from the referee microphone include Diarmuid Connolly's incredulous reaction to being booked for a collision with Cooper.

"I literally just slipped... That's not a yellow card, c'mon? C'mon outta that, it's my first fucking free," said Connolly. "There was nothing rough in that."

The smile on Peter Crowley's face after this exchange is priceless, as is Garda Aidan O'Mahony's attempt to evade his black card for pulling down Kevin McManoman.

Once O'Mahony finally turns in his direction the referee shows him the black card: "That's a pull down, Aidan."

Who would be a ref?


popular
Roy Keane flew home from Qatar World Cup as 'fellow pundits were getting on his nerves'
World Cup 2022 Day 20: All the major action and talking points
Talksport presenter puts Martin O'Neill to the pin of his collar over Declan Rice and Jack Grealish
Roy Keane reveals what he wrote about England during Senegal game
Rory McIlroy explains 'falling out' with Shane Lowry that lasted a few years
Psychic lion predicts outcome of England vs France World Cup clash
World Cup Power Rankings: The top 10 players at the tournament ahead of the quarter-finals
You may also like
3 weeks ago
"I was living day to day" - Shane Carthy and Cormac Ryan open up about their past and present struggles
3 weeks ago
"I'll try get that little bit faster, that little bit fitter. I'll try to put on a bit more weight" - How Gannon aims to improve during off-season
3 weeks ago
"I couldn't get over the amount of differences between the hurling and the football" - Leaving hurlers was never an option for O'Donnell
3 weeks ago
Shocking scenes as brawl extends into the stands during Oulart-the-Ballagh vs Naomh Barróg
4 weeks ago
"We've kind of gone away from stats" - the personal goals Dias sets for himself each game as a midfielder
1 month ago
GAA JOE Team of the weekend
Next Page