Can it ever be trusted?

Has this whole thing been a lie?

Maybe Bubbles point in 2014 was over the bar and Tipp should have won the All-Ireland. Seeing as they went back on Saturday, after the fact, to over-turn Shane Walsh's free - should we just go back to 2010 and give Louth their Leinster title?

END_OF_DOCUMENT_TOKEN_TO_BE_REPLACED

So many questions left to answer.

Every county and every supporter will be thinking about their own hawk-eye based shoulda, wouldas, couldas this week but the Uk based and Sony owned company 'Hawkeye Innovations Ltd.' have come out on the defensive. They've released a statement through the GAA which attempts to put an end to all the ifs, buts and maybes.

"A combination of unrelated issues, including minor hardware failures, led to an erroneous finding for a score towards the end of the first half of the first GAA Football semi-final, which was promptly queried by match officials who subsequently took the decision to award the score.

Full end to end testing of the system will take place this week, after which a final decision will be made as to the deployment of the system for Sunday’s GAA Hurling Final.

Is there a problem with HawkEye? Shane Walsh's free late in the half was deemed wide by the technology at Croke Park, but the replay would suggest otherwise
📱 https://t.co/AhGH0dO2Ff
📺 https://t.co/ced90fBubg
📻 https://t.co/2SRRKdgjzu pic.twitter.com/NAimqXO9P2

Hawk-Eye have also confirmed that there were no historical issues with the system and that the problems experienced relate to last Saturday only and specifically to the Hill 16 end goal for that specific moment in time.

The GAA is to undertake a full review of its own protocols relating to when and how the system should be stood down if similar challenges are to arise in the future."

To be honest, the unfortunate thing about this is that this whole episode nearly leaves us with more questions than answers. 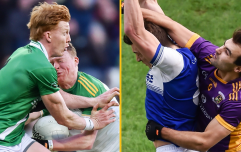 END_OF_DOCUMENT_TOKEN_TO_BE_REPLACED

The word 'unrelated,' the term 'last Saturday only,' and the phrase 'for that specific moment in time,' for example, all seem very coincidental, especially when it was one of the few times we actually had video-evidence to prove that the system was wrong. The GAA is paying up to 8000 euro for the use of this system on match-days and it's no wonder that, at the bottom of the press release, the association added that they are considering the technology's future in the game.

"The GAA is to undertake a full review of its own protocols relating to when and how the system should be stood down if similar challenges are to arise in the future," they said.

And rightly so, because what happened last Saturday was not good enough.

You may also like
3 weeks ago
How many of the 65 county senior champions for 2022 can you name?
1 month ago
"I appreciate Moycullen now more than ever" - Cooke's American lifestyle from a Moycullen base
1 month ago
GAA JOE Team of the weekend
1 month ago
Results from all around the grounds on a blockbuster day of provincial action
2 months ago
GAA JOE Team of the weekend
2 months ago
Leinster semi-final double-header confirmed after big day of provincial club action
Next Page