"We feel everyone is against us, county board, the whole lot but that’s what we want."

Eugene Branagan is a phenomenal footballer, and has already engraved himself as a Kilcoo legend following his vital role in the club's All-Ireland success this year.

The flying half back even picked up the Club Player of the Year award following his terrific performances, including a man of the match display in the final against Kilmacud Crokes. 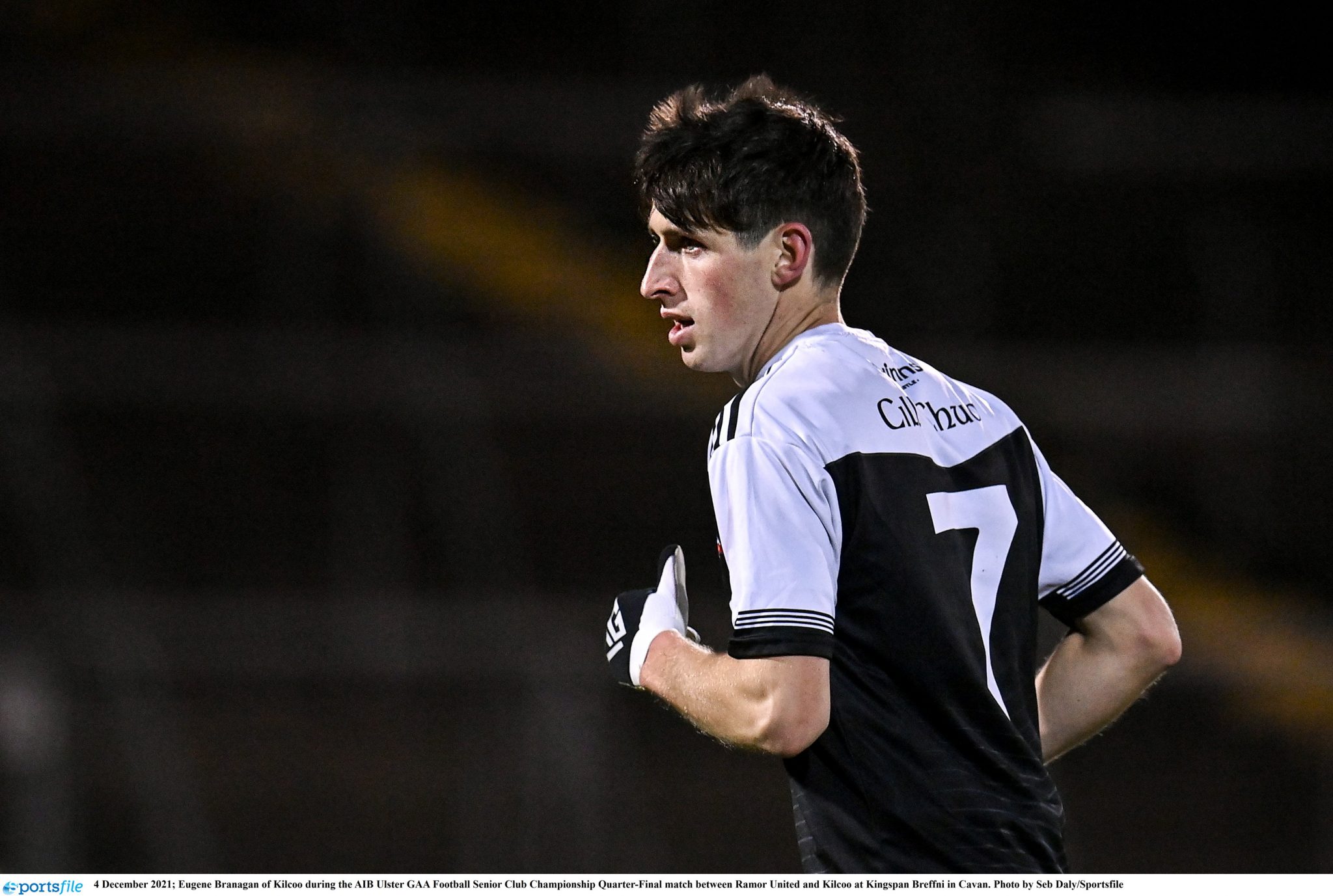 However, when collecting his award in Dublin yesterday, he was asked in an interview if he would ever play for the Down county team, and his response, in my opinion, was very disappointing.

“I think there’s a core of players, who don’t know how to win. They haven’t the winning mentality. I think that’s why a lot of Kilcoo boys don’t want to be involved – they’re just there but I don’t think they’re there to win.

"That’s the difference between Kilcoo and the county. Maybe if there was a different manager – Conor Laverty took the 21s (sic, U20s) and it was the first Ulster they’d won in maybe 20 years. 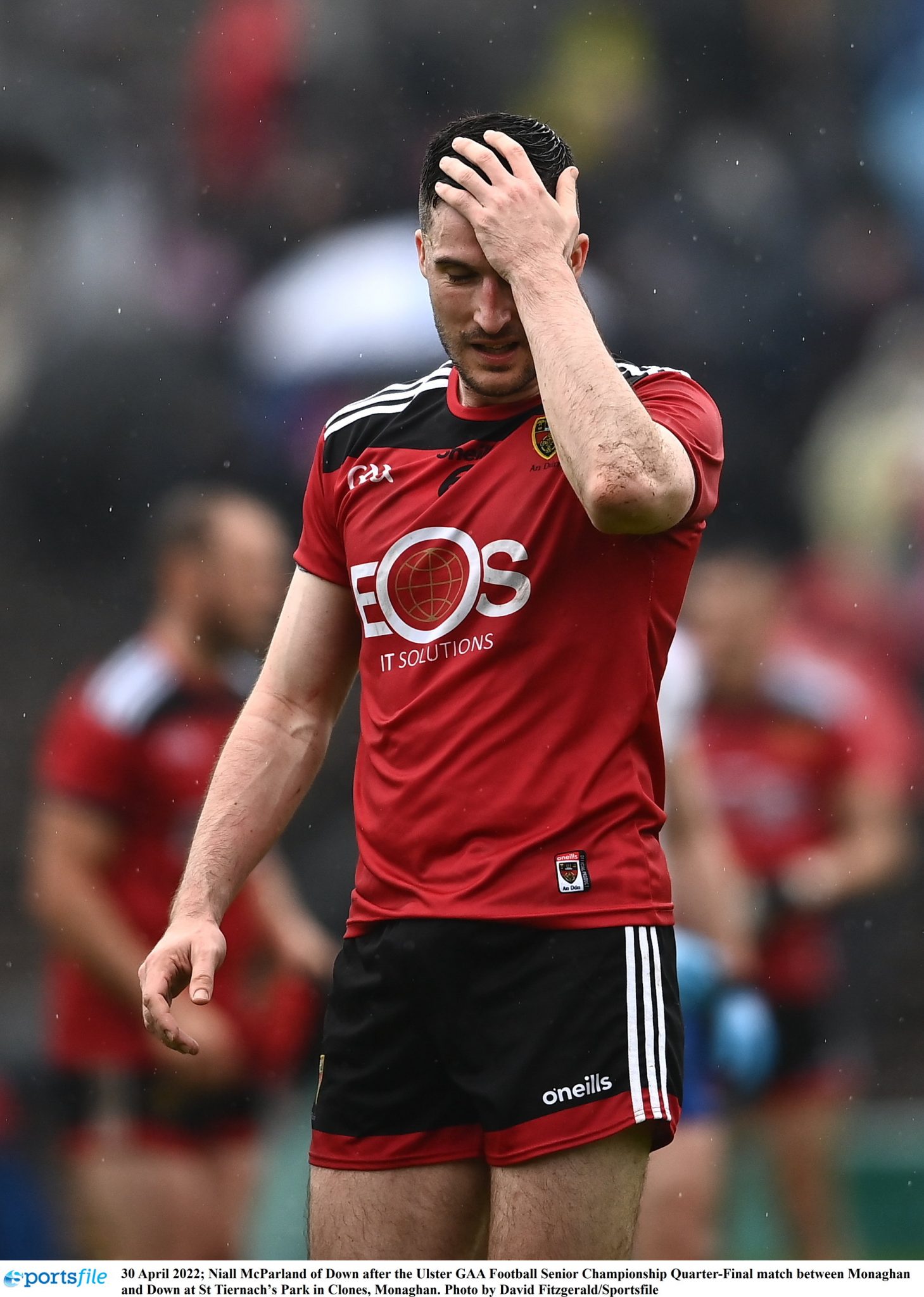 "He changed the mindset but I think it would take a different manager for a lot of Kilcoo players to come in. At the end of the day for us, it’s all about winning.

"It’s not about going and getting beaten. That’s no good for us. If they’re going and winning, we’re happy if they’re becoming better players but if we think it’s putting them back, we don’t want them like that!"

Branagan, who feels Down manager James McCartan was “thrown under the bus” after becoming manager, also believes Kilcoo’s stance has upset plenty of people in the county. 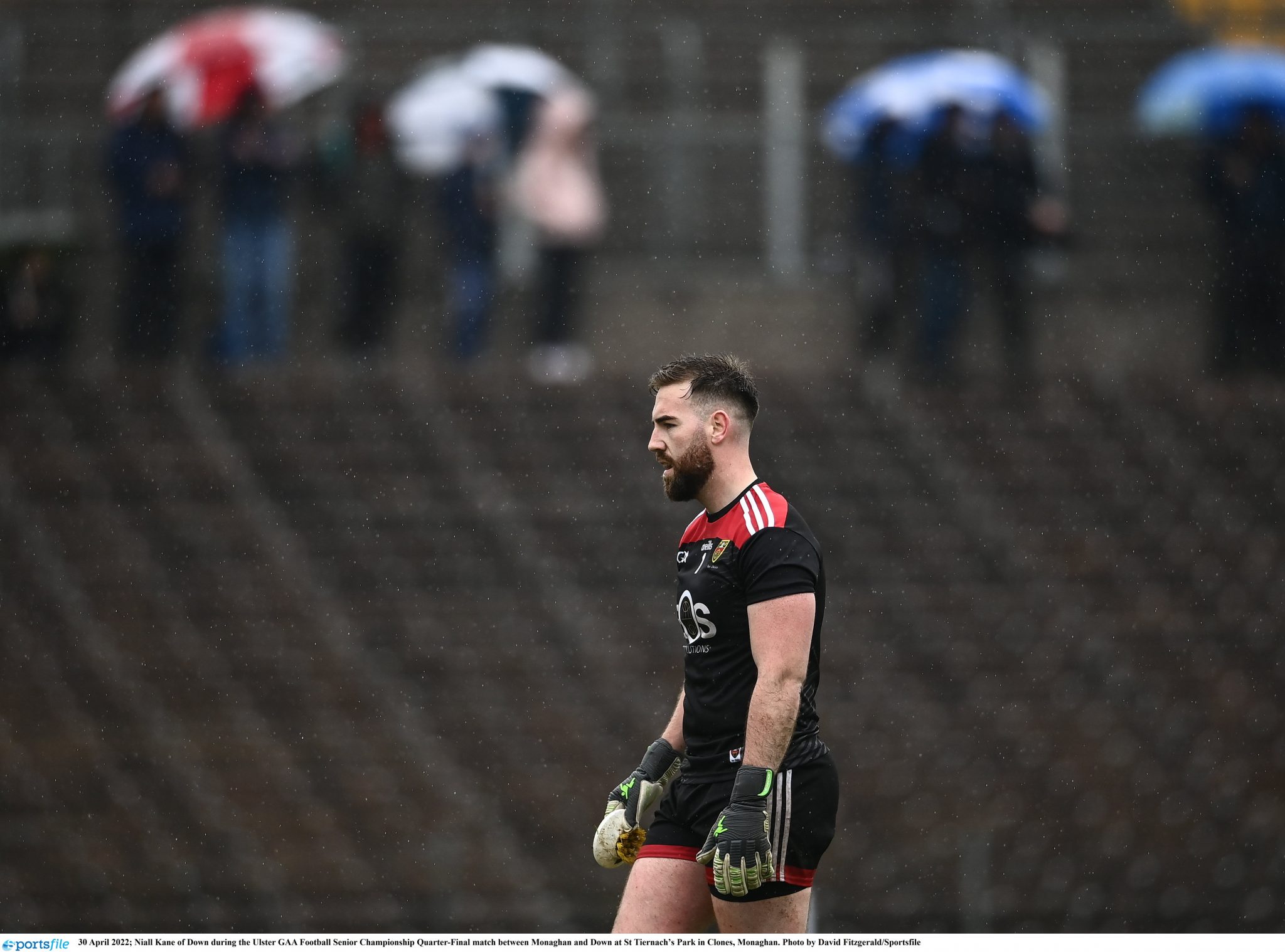 “I think that really fuels our fire. Everyone seems to be on our backs and that’s really what keeps us going, that’s what we love. We feel everyone is against us, county board, the whole lot but that’s what we want."

END_OF_DOCUMENT_TOKEN_TO_BE_REPLACED

This somewhat confirms the consensus that many in Down have felt for the past few years - that Kilcoo think they are too good for their county - and that is what they believe going by Branagan's interview.

To claim that the Down players don't want to win is an outrageous statement; the county is obviously struggling but there are so many exterior reasons to that, and Kilcoo are one of them. 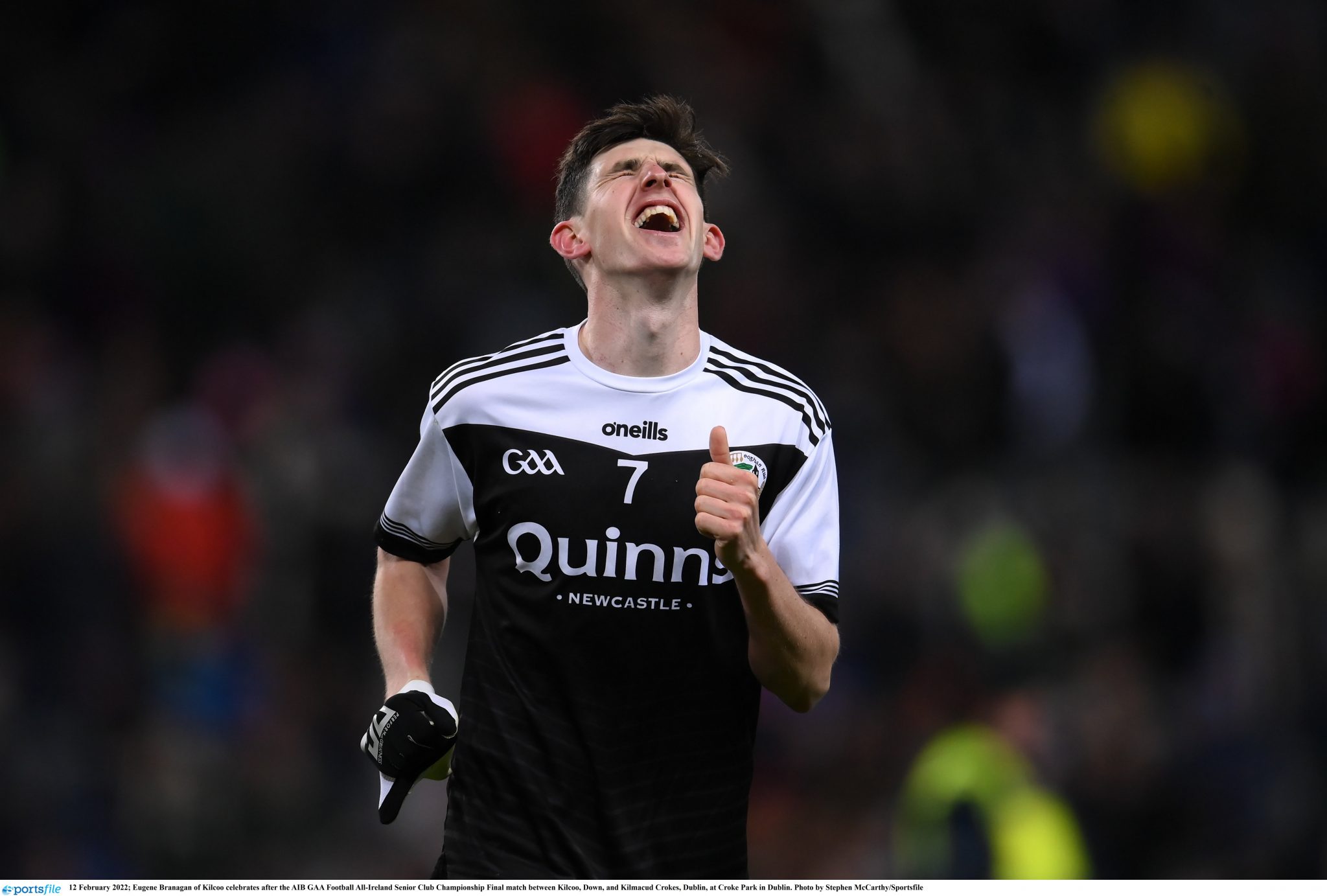 They have basically held Down at ransom; they dominate the club championship every year, which of course isn't their fault, if they're the best then that's what they deserve, but to then openly refuse to help represent their county, and share the spoils of their talent is selfish.

Surely, if the Kilcoo players were available with their 'winning mentality' they would be a huge boost to the Mourne men, and could play a big role in making them competitive again.

Down is littered with talent, a proud footballing county, the most successful in Ulster, and there are young lads who dream of wearing the red and black on a big championship day. 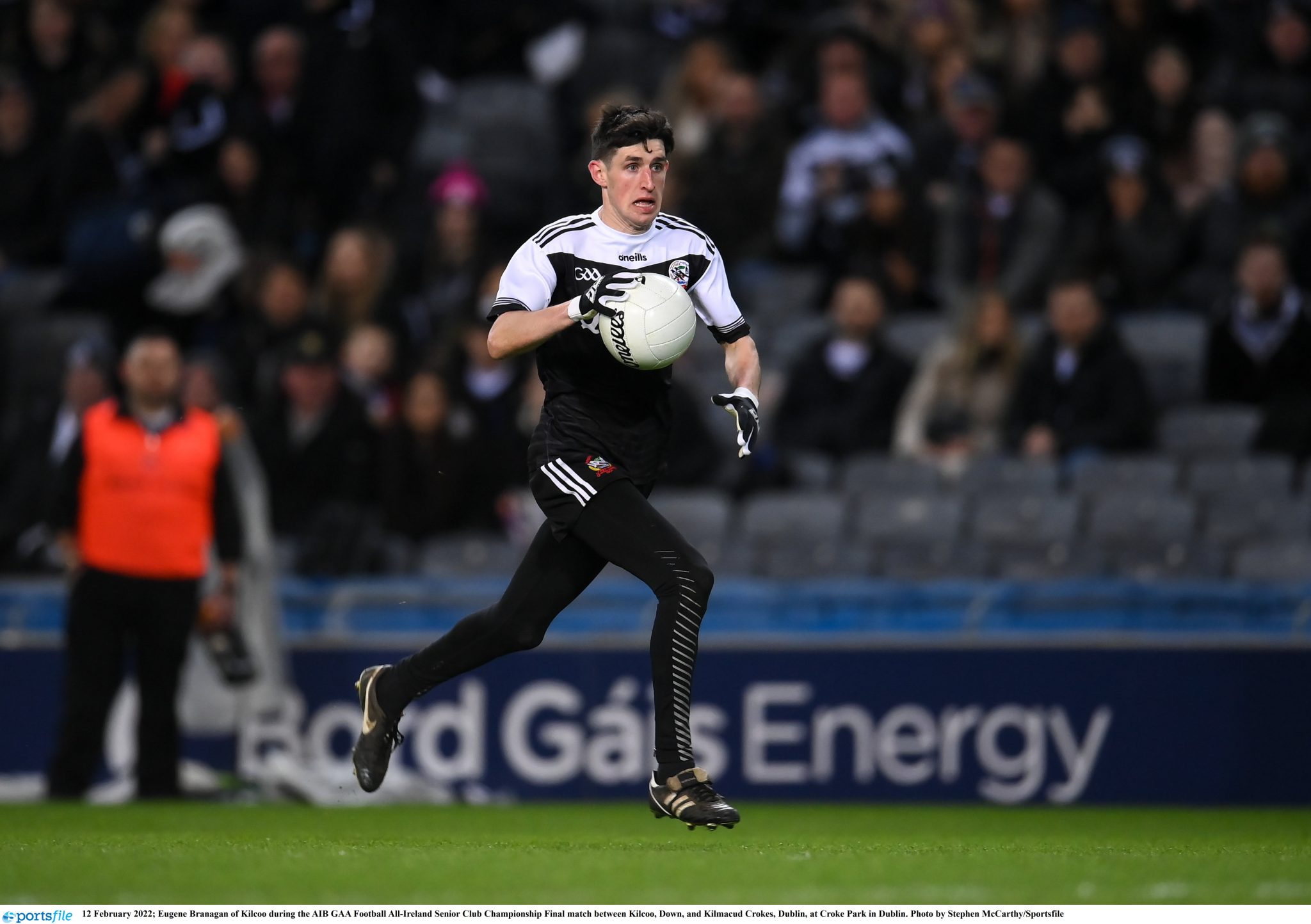 These lads maybe aren't blessed with the geographical advantage of being from a dominant club like Kilcoo, but they have the work ethic, talent and ability to make it at county level.

The issue isn't Kilcoo having a 'winning mentality' and Down not, the issue is Kilcoo have an 'us' and 'them' mentality, and that's what it boils down to.

Obviously, taking nothing away from Kilcoo's unbelievable success, or the players' incredible determination and commitment, but this attitude of their own county not being good enough for them frankly stinks. 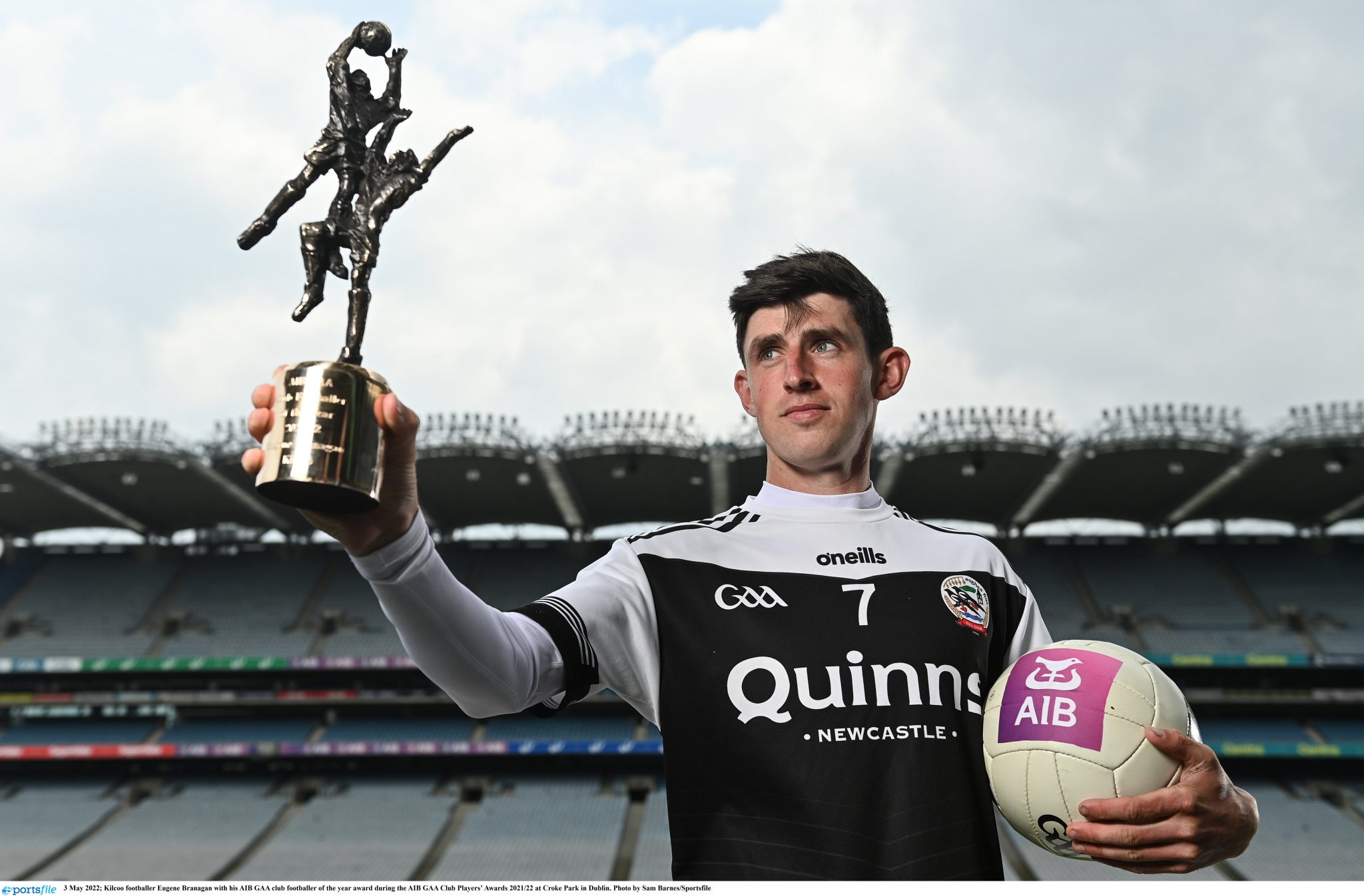 Even in his statement: "We feel everyone is against us, county board, the whole lot but that’s what we want" is a poisonous stance to take, and one that is damaging to the future of the county.

What's probably most insulting, above everything else, is the obvious culture they have created, whereby they actively discourage their teammates from playing for Down.

It is beyond insanity that the Kilcoo lads who still want to represent their county, may have to actually face a backlash from their club mates, based on the ridiculous basis that playing at county level would hold them back. 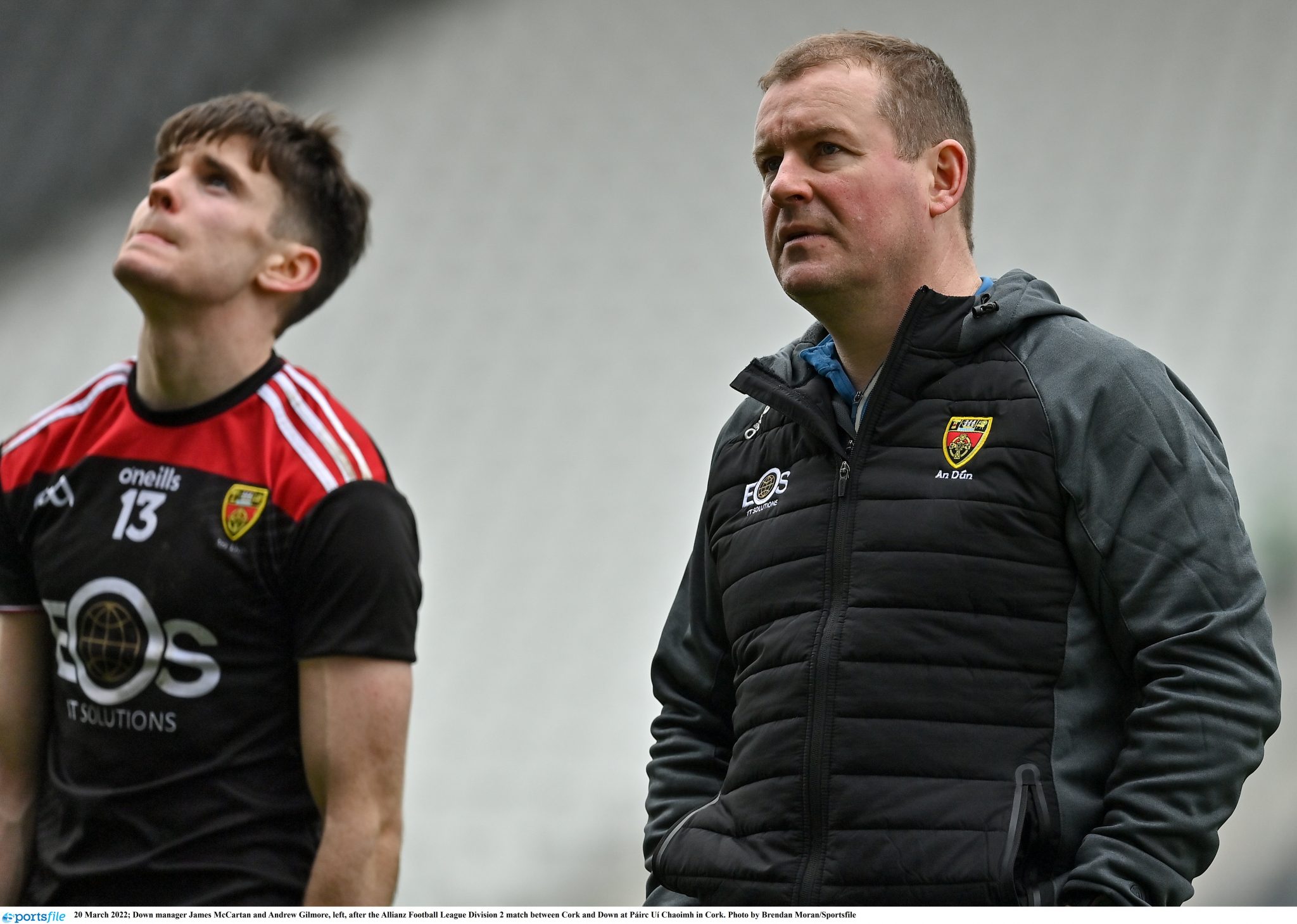 You only have to look at the recent performances and the news around James McCartan leaving and coming back, to see that Down are in a very bad place.

However, all of that is just what we can see on the surface. There is a very systemic issue when the best club in Ireland resides in your county, but want nothing to do with the inter-county team.


popular
World Cup 2022 Day 10: All the major action and talking points
Iran demand action by FIFA after USA team change flag on social media
Canelo Alvarez duped by fake Lionel Messi Instagram post
"I have equal love for football and hurling" - Sheehy set for two Leinster finals in two hours
World Cup 2022 Day Nine: All the major action and talking points
"I appreciate Moycullen now more than ever" - Cooke's American lifestyle from a Moycullen base
GAA JOE Team of the weekend
You may also like
6 months ago
"County football isn't for everyone" - Down captain Barry O'Hagan hits back at criticism
7 months ago
Fewer games but more quality on TV this weekend for GAA fans
7 months ago
County board "resolve matter" with manager James McCartan but Down still in big trouble
7 months ago
TG4 save the weekend again as they are airing six live GAA league finals
9 months ago
Kilcoo wing back puts his life on the line to turn All-Ireland club final
9 months ago
Paul Devlin talks about the Mickey Moran effect as Kilcoo prepare for Saturday's All-Ireland final against Kilmacud Crokes
Next Page