'It is imperative that their health and wellbeing is the priority in this situation.'

On Monday, Tyrone boss Brian Dooher expressed his doubts about whether his county would be able to field a team for the rescheduled All-Ireland semi-final.

The semi against Kerry has been bumped back six days, to August 21, after the Tyrone panel was badly hit with positive Covid cases. Dooher told the BBC:

"We believe we will struggle still to field a team on Saturday week, given the way the situation stands at the minute." 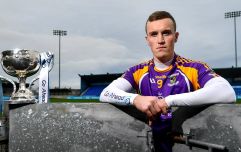 END_OF_DOCUMENT_TOKEN_TO_BE_REPLACED

Tyrone had hoped for a further delay, until August 28 or 29, but the GAA went for the August 21 date. Many GAA fans had been waiting for the Gaelic Players Association to weigh in on the matter. Today, through their chief executive Tom Parsons, they did. His statement reads:

'The Gaelic Players Association have been, and continue to be, in ongoing contact with the Tyrone Senior Football Squad through their GPA rep since the issues surrounding positive Covid-19 cases arose.  Their health and wellbeing is our primary concern.  We are also in contact with the Tyrone Senior Football Management and share their player welfare concerns.

'It’s important to note that players will always feel a deep sense of responsibility to play the game, represent their county and supporters, and will no doubt want to fulfil the All-Ireland semi-final fixture. However, it is imperative that their health and wellbeing is the priority in this situation.  As such, we have offered support to the Tyrone squad through our comprehensive health screening.

'We will consult closely with the GAA to ensure adequate time is allowed to assess the welfare of players before a decision can be made by Tyrone.

'Above all we ask for respect to be shown to the amateur status of the players and that we are all mindful of the four teams who remain in the competition.

'Players will always want to play, but their welfare must come first in any decision made.'

Will it has not reached the thumping hands on tables stage, the GPA s stressing that player welfare must come first. It will be worth following closely, over the coming days, to see if that August 21 rescheduling is set in stone, or not.


popular
Red cards, slips, heroes, villains and last second equalisers - Derrygonnelly's extra time win over Dromore had it all
Divock Origi to the rescue after Diogo Jota's absolutely incredible miss
GAA club transfers that shocked the county: Jason Sherlock
Here's all the GAA games on the tube this weekend as the provincial championship heats up
Ruesha Littlejohn gate-crashes Katie McCabe's interview after another player-of-the-match display
Fermanagh footballer opens up about losing her mum to suicide and urges people to seek counselling
Jordan Larmour enjoys satisfying bit of revenge on Mack Hansen
You may also like
39 minutes ago
Divock Origi to the rescue after Diogo Jota's absolutely incredible miss
1 hour ago
Ayr United goalkeeper banned for throwing toilet roll at rival fans
3 hours ago
Zlatan Ibrahimovic and The Curious Incident of the Juice in the Hotel Mini Bar
6 hours ago
Everton fans plan 27th minute walk out in protest at Farhad Moshiri
7 hours ago
"He's such a talented football player and he's not playing" - David Moyes on Jesse Lingard's situation
1 day ago
Football fan banned for five years over racial slurs and gestures at West Brom vs Millwall
Next Page