Gillane and Duggan shootout in the rain, Offaly warn Carlow, Laois put it up to Dublin

Three games fell by the wayside but we still had plenty to shout about.

They were in a relegation play-off regardless and the big one for them was always going to be next weekend. But that's not the way Offaly think - in fairness, it's not the way any county should think.

Winning is a habit, so is losing - the Offaly hurlers are well aware of that nowadays - but on Sunday, they stopped the rot and they won a game - their first of this League campaign.

Time to make a habit out of it now.

The old guard of Shane Dooley and Joe Bergin stepped up for Kevin Martin's men in Netwatch Cullen Park with two goals apiece and they went onto win with seven to spare. 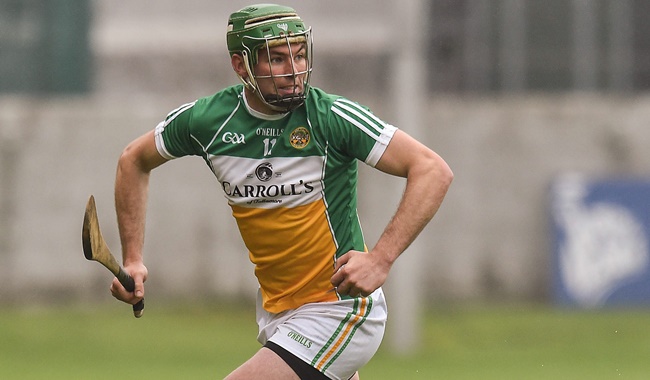 Next weekend's relegation clash is the big one though and with this grudge rivalry getting even bigger by the game, both counties will be treating it like an All-Ireland final.

END_OF_DOCUMENT_TOKEN_TO_BE_REPLACED

Laois pushed Dublin all the way in Parnell Park but in the end, a second yellow card for key man Charles Dwyer proved a telling blow for them as the Dubs powered onto win by two.

There wasn't anything concrete at stake for Dublin in this one and they were a little slow to get going. Willie Dunphy started well for the away side and they went into the break with a one point 0-7 to 0-6 lead.

Eddie Brennan's men kept driving on in the second and with stalwarts Paddy Purcell and Cha Dwyer shooting them into an 0-11 to 0-10 lead after 61 minutes, Dublin looked in bother. 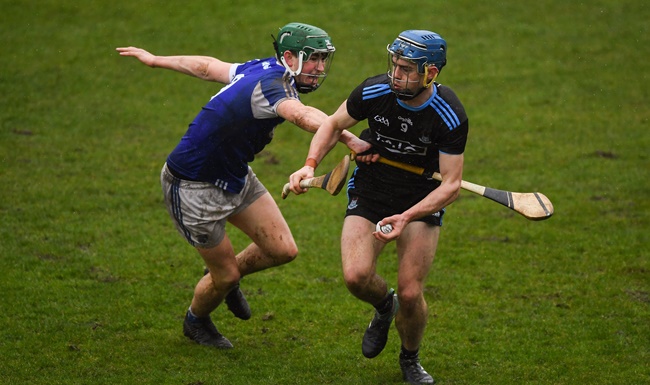 The Dublin hurlers hadn't worn their away jersey in a long time.

Dwyer's red proved crucial though and Danny Sutcliffe finished them off with two big late points.

Aaron Gillane secured a draw for Limerick with a nerveless free in the fifth minute of injury time in the lion's den of Cusack Park. The Treaty had led the Banner for much of this game in a snowy Ennis, only for Peter Duggan to turn it on its head with a second half goal for Clare. 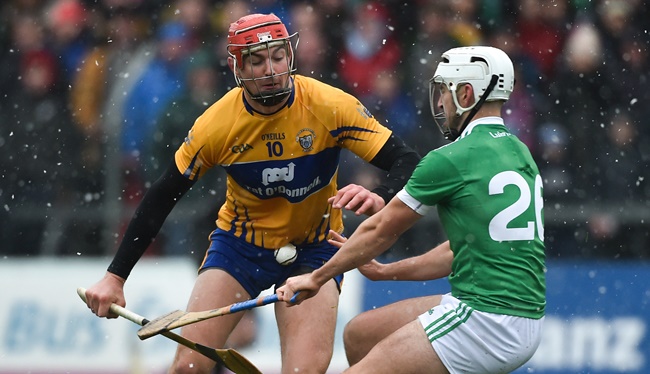 The Clooney-Quin followed it up with frees as Clare looked destined for victory, only for Gillane to strike back late on. Duggan and Gillane were accountable for most of the scoring, with the Clare man hitting 1-6 (0-6f) to the Limerick man's 0-8f.

Shane and Jordan Conway were on fire in the snow in Fitzgerald Stadium as the Kerry hurlers outclassed Meath. Some of the snaps captured by Brendan Moran of Sportsfile down in Killarney were extraordinary.

Shane Conway on the run 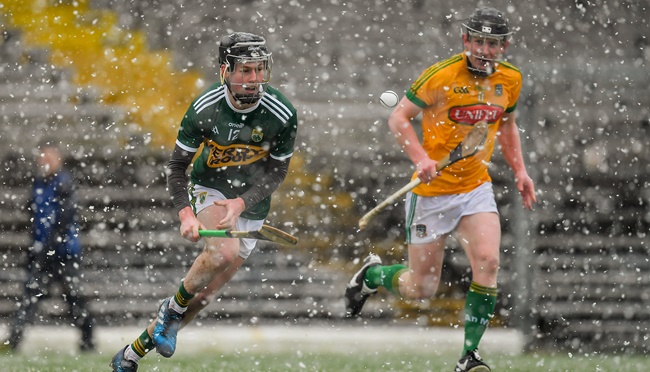 Once Jack Regan of @KiltaleGAA got his hands on it he wasn't going to let it go easy!

Some snow falling in Killarney ❄️

popular
The SportsJOE 12 o'clock quiz | Day 145
Leinster star Hugo Keenan has beaten Beauden Barrett's 'Bronco' time
300/1 winner makes history at Leopardstown
"No doubt he'll say he played shit like he normally does, but I thought it was a good game."
The SportsJOE 12 o'clock quiz | Day 144
QUIZ: Beat the clock to name the Premier League assist kings
Joe Rogan reveals he could be parting ways with the UFC
You may also like
3 months ago
Genius of Ger Loughnane rings true in his believing players
4 months ago
Ranking the most audacious and ridiculous skills pulled off by Irish sports stars
4 months ago
We give you the All-Ireland hurling final, you tell us the man-of-the-match
5 months ago
Shane O'Donnell controls the ball without really knowing where it is
5 months ago
"Then we came along and we just won most competitions we were in"
5 months ago
The Tony Kelly show in the storm as forgotten man Shanagher shows his worth
Next Page