Having lost to them in successive weekends during the National Football League, Galway settled a score with Roscommon when it really mattered.

Shane Walsh was the main man for the Tribesmen who, having lost three Connacht finals in the last three years, weren't to be denied this time around. On the line, Padraic Joyce will have been extremely satisfied with what he saw as, in backing up their semi-final win over Mayo, his team have real momentum behind them now. 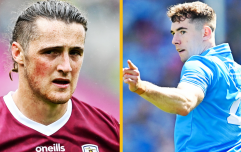 END_OF_DOCUMENT_TOKEN_TO_BE_REPLACED

Walsh was at his irresistible best in Pearse Stadium, and was rightly named as the man-of-the-match, but he had plenty of back-up on a day when Galway were sharper, slicker and faster than their rivals. Paul Conroy kicked points from everywhere, as per, while Damien Comer was like a man possessed on the edge of the square.

Comer eventually had to come off due to an ankle injury that, despite hampering him, for large parts, just couldn't stop him. The Rossies couldn't stop Kieran Molloy or Robert Finnerty either, who kicked some lovely scores but the score of the day came from Galway's 6 ft 5 inch tank of a half forward.

They'll be calling him the big easy now as, after collecting the rebound to Finnerty's shot, he controlled it calmly before drop-kicking it into the top corner.

Finishing with the drop-kick is just elite from Patrick Kelly 💯pic.twitter.com/QRXffYfraT 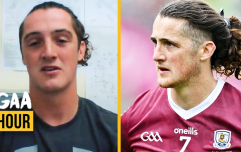 "Then I realised, I can do a bit more" - From playing it for fun to potential All-Star

END_OF_DOCUMENT_TOKEN_TO_BE_REPLACED

Roscommon didn't give up, with Conor Daly and Diarmuid Murtagh scoring late goals, but they were mere consolations because the damage had been done. The damage had been done, primarily by Walsh who, according to Colm O'Rourke, was given the freedom of the park by Anthony Cunningham's team

"In fact, they (Roscommon) had a new strategy for marking Shane Walsh and that was to leave him alone for most of the game," said O'Rourke.

"When you watch Shane Walsh play football," added Sean Cavanagh, "there's a thing of beauty about it. He controls every aspect of the game, with his pace and power and he doesn't even know which foot is his bad foot."

So, fittingly, we'll leave the last word to the man himself.

"This is the sweetest one yet," he said afterwards.

"And we just want to build on it now."


popular
"No" - Anxious wait for Jacob Stockdale injury update after latest blow
Players and mentors line up to shake referee's hand as 'Respect the ref' kicks off in Wexford
"It’s basically like a mix between rugby and soccer" - Paul Mescal attempts to explain Gaelic football on American TV show
Peter O'Mahony sparks melee after angry reaction to Zebre goading
Philly McMahon story best captures the kind of club-man St Vincent's legend Brian Mullins was
Former Manchester United teammate admits that he "idolised" Roy Keane
Na Fianna forward goes full 'Mugsy' with great point as Ballyboden crash out of Dublin Championship
You may also like
2 months ago
"We are going to fight this all the way" - Galway star Shane Walsh seeking transfer to Kilmacud Crokes
2 months ago
If the brilliant John Daly doesn't get an All-Star then something isn't right
2 months ago
'I've been dreaming of this day my whole life' - Shane Walsh lost the game but he's inspired a generation
2 months ago
Damien Comer switch that Galway passed on, during All-Ireland defeat
2 months ago
Finian Hanley take on contentious Kerry free may settle some Galway arguments
2 months ago
Cillian McDaid left Croke Park beaten and distraught, but as the country's best midfielder
Next Page