Gaelic Football's most beautiful players to watch of the last 20 years: 10-1

Just shut up and play football.

We've been counting down the most beautiful football players to watch of the last 20 years and we're spoiled trying to shoe-horn them all in.

Kildare's Johnny Doyle has incredulously been omitted but the search for the wonders of the country was never going to be easy.

Here's the top 10 most beautiful Gaelic Football players to watch of the last two decades.

In the face of modern day football and blanket defences and whatnot, Conor McManus is a throwback to the old-fashioned full forwards of the game.

He's one of the select few men who have managed to survive inside the opposition 21' and not have to adjust his style of play to suit the way the game has gone. He plays deep, he plays with double-markers and he still can't be stopped. He's lighting up championship campaigns with relentless attacking class and he's doing it with men hanging off him.

He's an oasis of skill in an era of physicality.

Defining moment: He has long since been starring for the Farney men but his performance in the Ulster final against Donegal in 2015 was something special. That was when McManus proved that he was unstoppable on his day. Two of his scores were sheer grit and toughness to shake off Neil McGee and Frank McGlynn - then Neil McGee and Paddy McGrath. Grit and toughness wrapped in stunning talent. 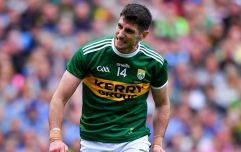 END_OF_DOCUMENT_TOKEN_TO_BE_REPLACED

The face of Dublin for over a decade.

Alan Brogan is a rarity. Is he a centre forward? A wing forward? A corner forward? A full forward? Yes. Yes, he is.

Defining moment: Take your pick. But perhaps what was the most telling of his class was when he came on in the 2015 All-Ireland final at 33 and ran straight through the Kerry heart, had a few glances, remembered who he was, and split the posts timelessly. 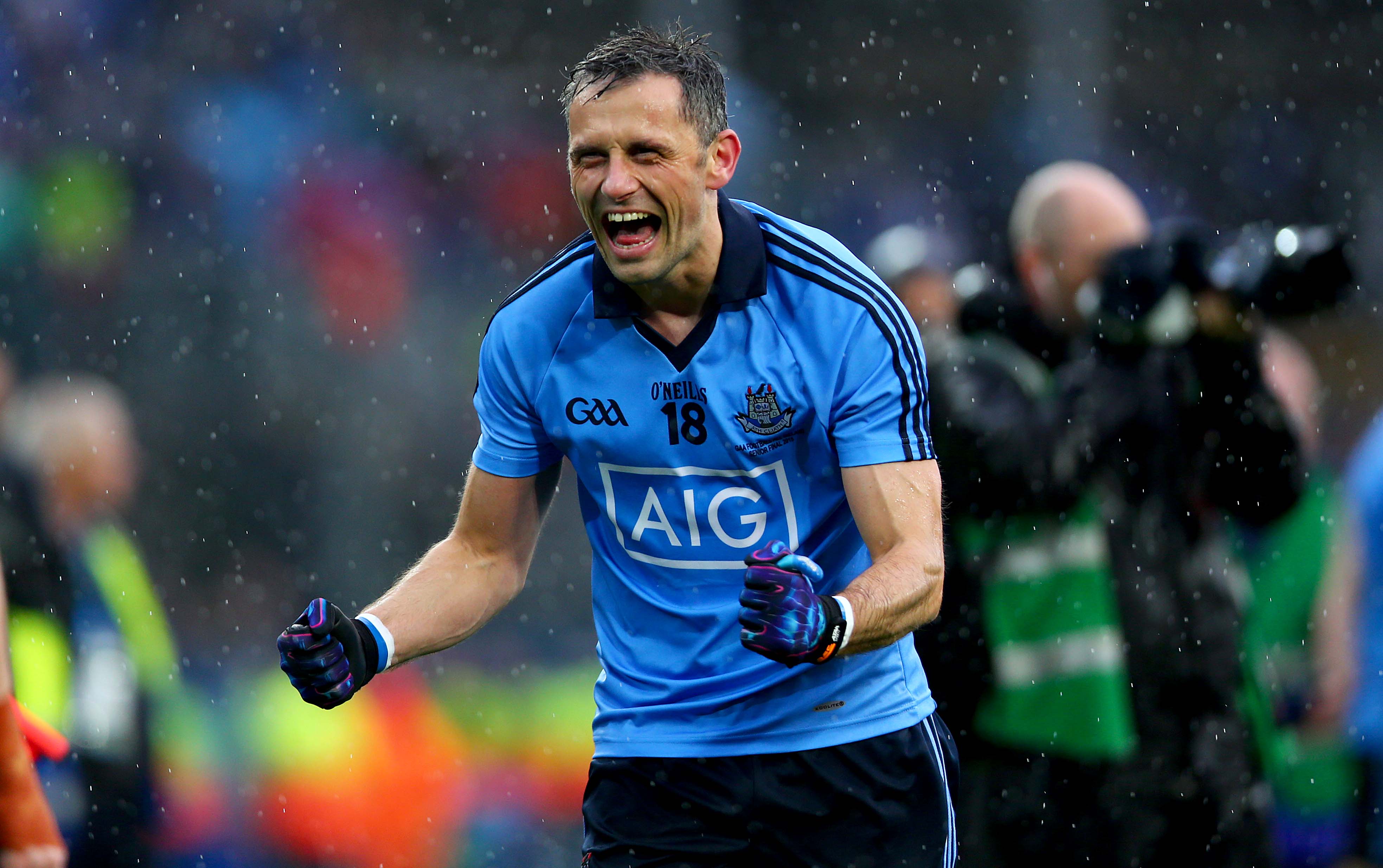 The greatest player to never win an All-Ireland. Not on your nelly.

For years, Peter Canavan was Poor Peter Canavan. So good, so deadly, so unfortunate. He was never going to get his deserved Sam. One day, one year, he decided enough was enough and shot Tyrone to glory.

Then did it again two years later with the neatest of left-footed finishes to see off Kerry. One of the most jinkiest, craftiest and most accurate full forwards around. He could sell a dummy to a magician.

Defining moment: Returning to the 2003 final having been brought off injured. The Tyrone roar had Croke Park shaking on its hinges. 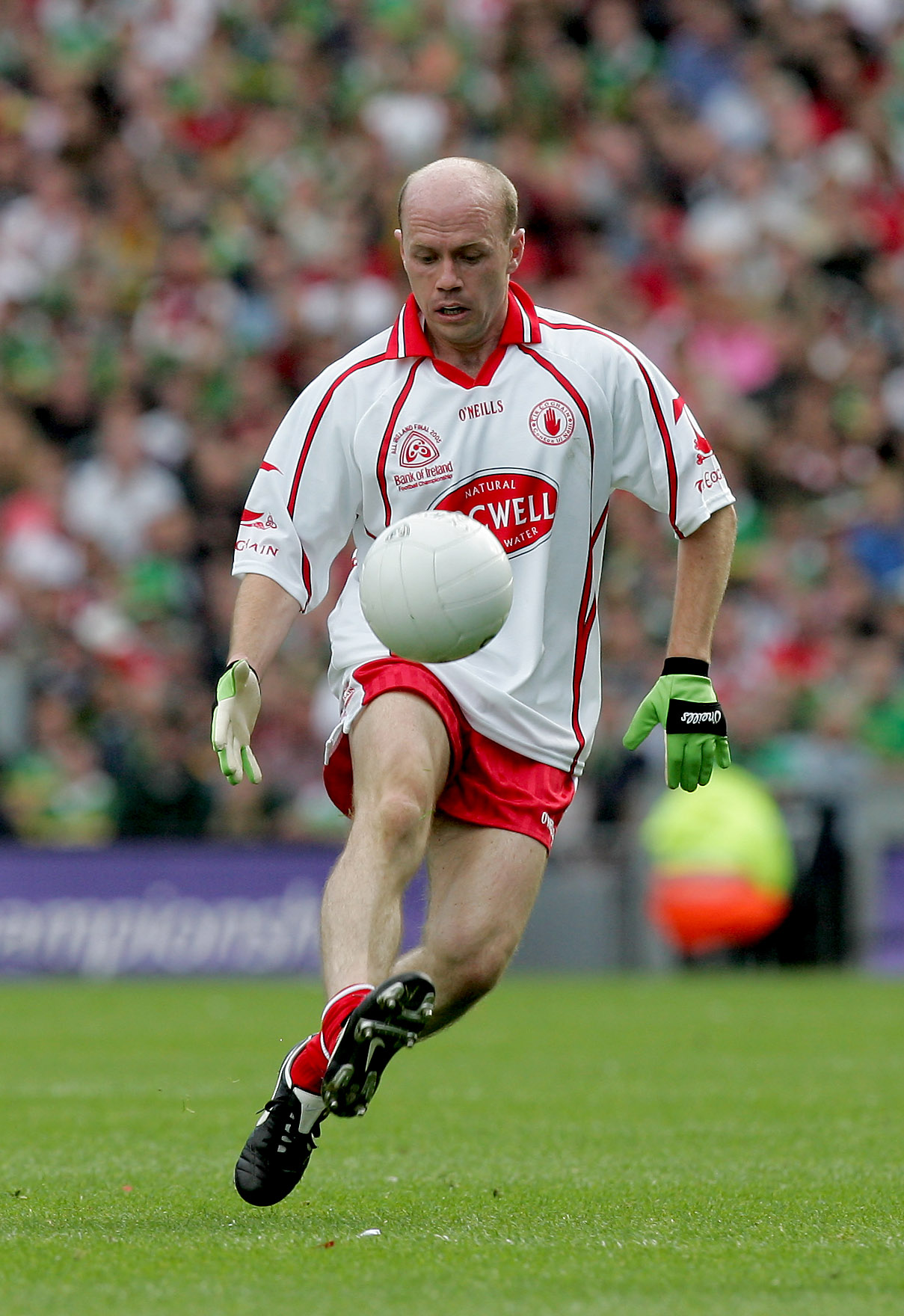 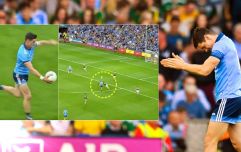 END_OF_DOCUMENT_TOKEN_TO_BE_REPLACED

The Meath team of the late 90s was just something serious and Trevor Giles oozed class with every act he performed for the two-time All-Ireland champions. One of the best set piece kickers around, his skill out the field and vision set him apart. He made the game look so simple. And so damn beautiful.

Defining moment: Holding his nerve to pick out the top corner in the '96 All-Ireland final as Meath clinched Sam. 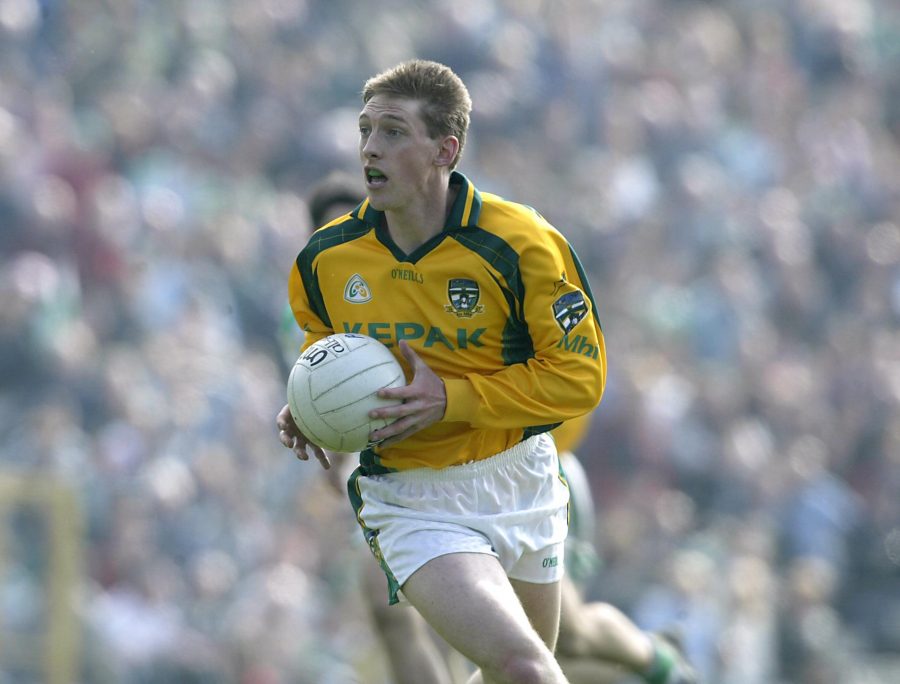 Whatever about his disciplinary record, Diarmuid Connolly is one of the most talented men to ever pick up a football and his ability to demystify the game is simply unparalleled. 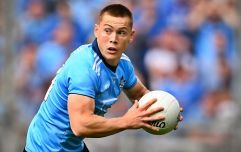 END_OF_DOCUMENT_TOKEN_TO_BE_REPLACED

The two-footed Connolly is the best passer in the country. His drilled deliveries are like heat-seeking missiles into the chests of team mates, his running power is frightening and his distance shooting is a sight behold. And one to just marvel at.

Defining moment: In 2011, he decided to just stop being a good forward and become one of the best in the country. And his seven points from play against Tyrone got those motors burning nicely. 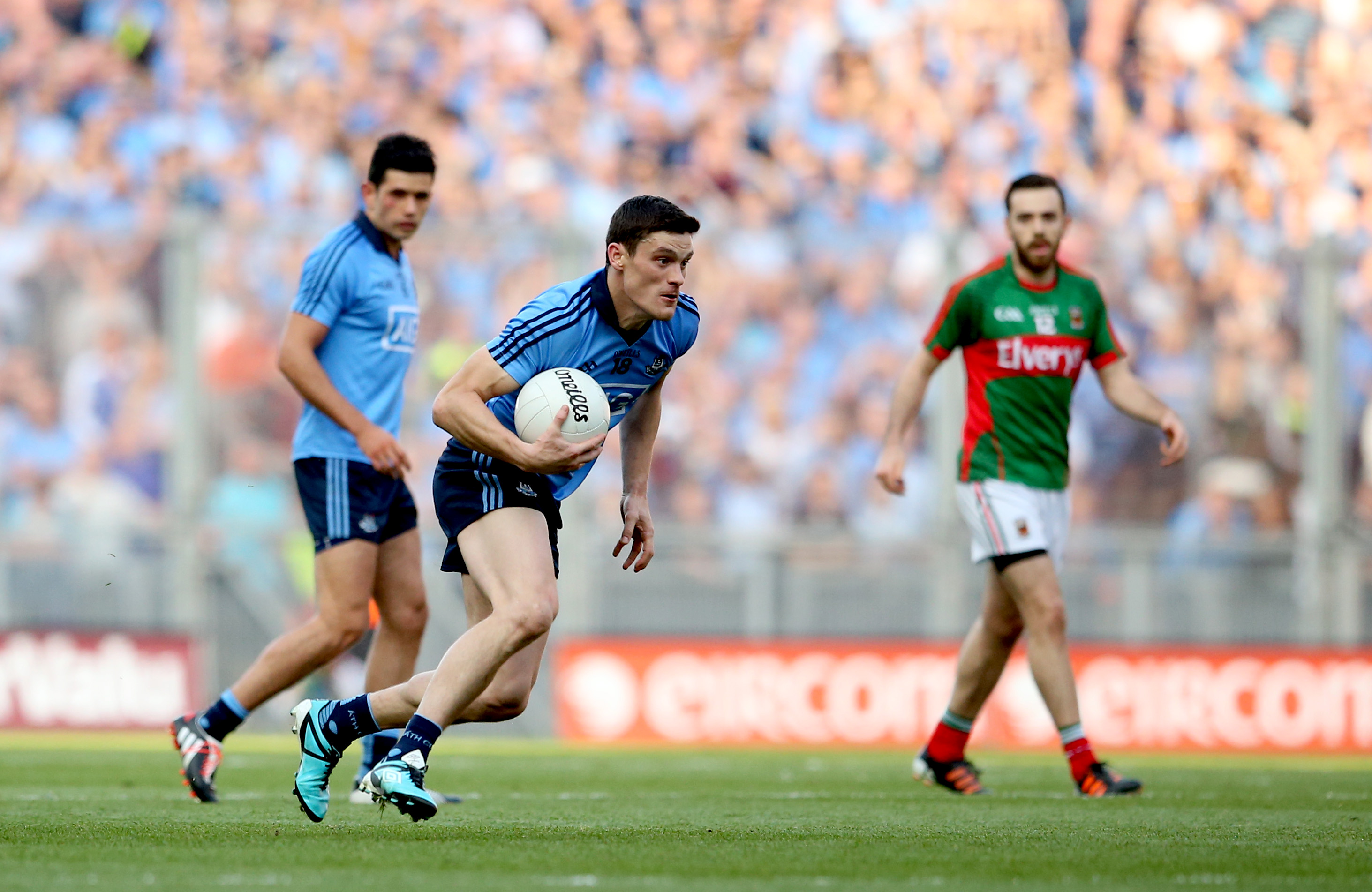 Enda Muldoon, coined The Big Easy in Ballinderry, is arguably the finest footballer to never even appear in an All-Ireland final with his county.

He has God-like status up north and it is not without reason. His brain works so much faster than his counterparts that he's already playing the next game whilst pulling the strings of the current one. A passer, a shooter, a midfielder. A delicious talent.

Defining moment: Plucking the ball from the sky, driving straight and finishing neatly in the All-Ireland quarter final in 2004 as Derry ousted Westmeath.

A once-in-a-generation player, every county needs a Maurice Fitzgerald to make living worthwhile.

Talent like his can do nothing but inspire the next pack of hopefuls and warm the hearts of the rest of them. He was a gem of a footballer. A complete footballer. It seemed that everything he did was made for a highlights reel. Never has a man had such command over a football.

Pádraic Joyce is one of the country's favourite footballers. He could turn on a shoestring, and turn you again, and find targets with nothing to work with.

He was tough, game and oh, so talented, came up with answers under serious pressure time and time again. A class act. A legend.

Defining moment: In a forward line boasting the like of Michael Donnellan, Ja Fallon and Derek Savage (Jesus, what a team), it was young Pádraic Joyce who came of age in the 1998 All-Ireland final, rattling 1-2 past Kildare and leading the Tribesmen to glory. Writing his own name into history in the process. 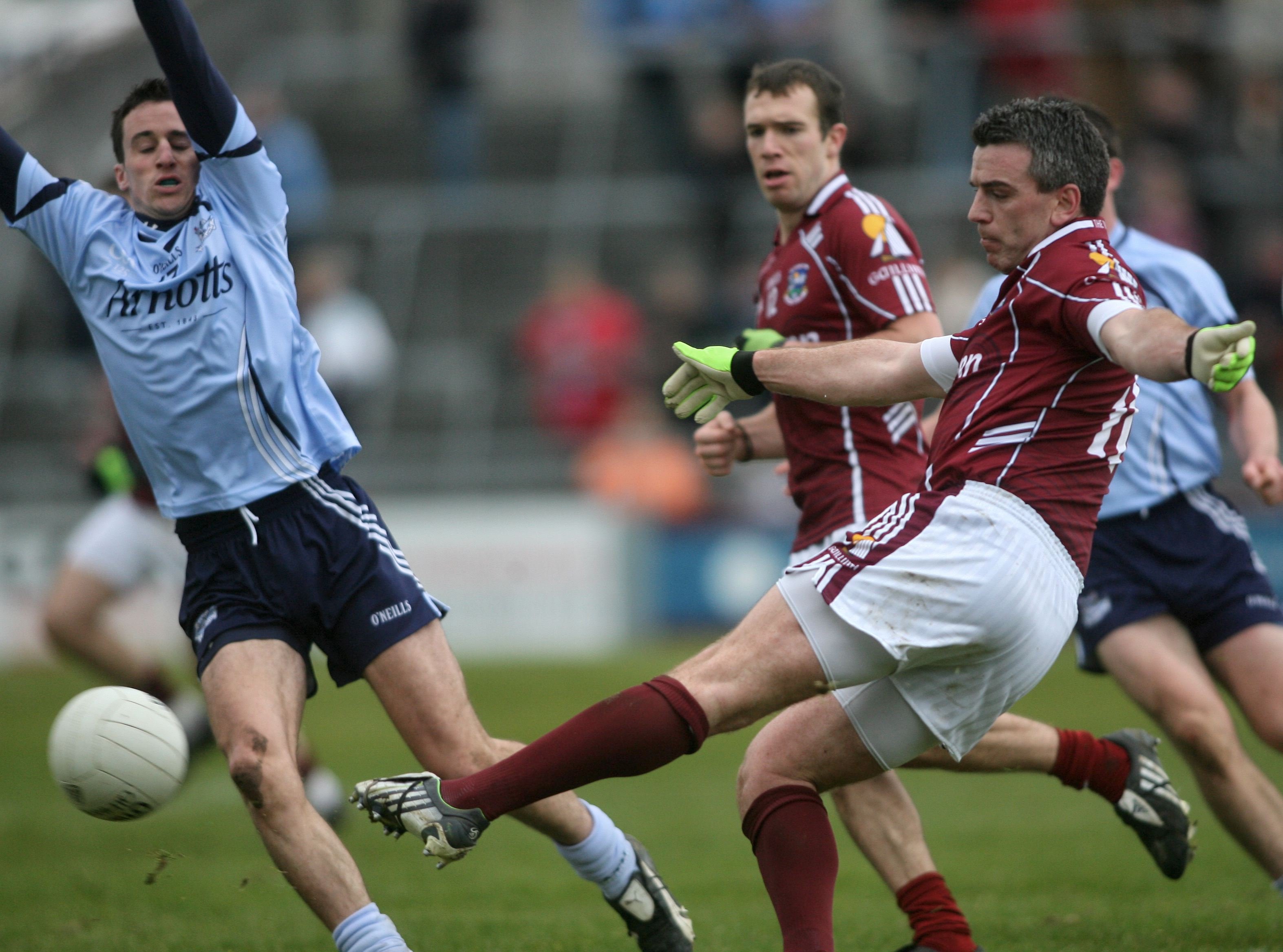 Ciarán McDonald was and still is one of the most exciting Gaelic Footballers to hit our TV screens. He clearly defined the number 11 jersey and marked himself out as the deadliest playmaker around.

His effect was so devastating that it spilled into the International Rules series where he destroyed Australia in 2004 only for them to target him before the throw-in in the next leg for a beating.

He could burst through a tackle like it was made of paper, kick crazy scores when games hung in the balance, but the way in which he controlled matches and found every corner of the pitch with his ridiculous range of passing wasn't short of revolutionary.

Defining moment: Having missed the '96 campaign, he came back in 1997 and lit it up. His no-bend scoop against Offaly in the semis, his jink inside and ridiculous curling point from a tight angle announced his name to the island and helped fire Mayo to the final.

There are no superlatives worthy enough.

How many people actually know what foot Colm Cooper prefers?

Hands down, the best number 13 the game has seen. The Gooch is a special talent that has inspired young players all over the island. The way he was able to sell defenders with one shuffle, flick the ball around a man, play one-twos, score from anywhere, go straight for goal or pick passes from deeper almost defies logic.

He sees the game in slow motion, he has to. It's the only explanation. And, when he gets ball in hands, the first thing he is thinking is how can he get closer to goal as quickly and as directly as possible.

Of the last 20 years, there hasn't been a more enjoyable or thrilling footballer to watch in action.

Defining moment: In a career of big moments, his goal against Mayo in 2004 for his first All-Ireland medal was the stuff of dreams. A high catch, take the man on, shrug him off, dart back inside, sell a dummy and find the corner. That's what gets kids outside practicing their skills. That's what Colm Cooper does.