Honestly you just can't beat it.

The last eight weekends of club GAA have been unbelievable, the weekend just past was from another world.

Gaoth Dobhair played football from the Gods, Coolderry and Ballyboden played hurling from the heavens. And when so many teams and individuals play so bloody good, how the hell are you supposed to pick a team of the weekend?

We've been doing that for the last few of them but never before has there been as many outstanding performers to miss out. Christ, picking this forward line was like a parent being asked to pick their favourite child.

Cathal Dunbar, the man hurled a first half better than any man who makes the team but he still doesn't get in. Rian O'Neill was another man hard-done by and so was Darragh Burke and Odhran Mac Niallais.

Raced up the field and scored this peach of a penalty when the Gunners needed a goal. That changed the whole game.

Made a few decent saves too.

Any corner back who scores two points from play in a game won by one is a shoo-in. McArdle did that and he kept his Eoghan Rua man scoreless. 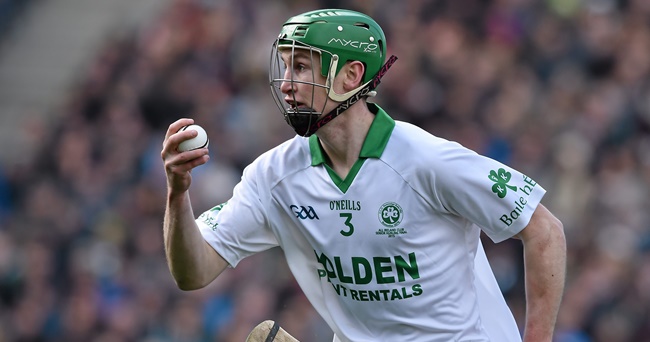 Kept Thomastown at bay when they were threatening in the Leinster camogie final in Nowlan Park. Cleared ball and stopped attacks all day.

Thomas' are back in an All-Ireland semi-final and Burke, a member of the under-21 Team of the Year is doing the business for them. Hurled Liam Mellows from the half back line.

Plucked two skyscrapers when Na Piarsaigh were trying to get back into it in the second half. Led from the back and led like the leader he is.

17 years of hurt is over. pic.twitter.com/9IFmQxkbuv

Three goals in 24 first half minutes and this block.

Gaoth Dobhair had many heroes today but Daire Ó Baoill was on another level 💪
Joe Brolly got some telling off from a @gaothdobhairclg man for calling him the wrong name 😂
https://t.co/7GqfeEDr7O 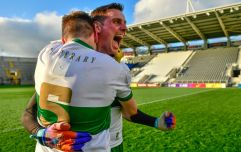 END_OF_DOCUMENT_TOKEN_TO_BE_REPLACED

The man has been running riot for Charleville and for months and he's taken them with him to Cork and Munster crowns. His teammates have one job and one job only when they get the ball and that's to pop the ball out to Darragh Fitzgibbon. He'll take care of it from there. Scored nine, five from play against Feakle. Lethal.

Hogan gets on more ball in one game than most hurlers would in seven. On Sunday, on Ballygunner's big day, he was as industrious as a Clean Ireland employee.

Everything went through him, every Ballygunner player must have got a good pass off him at some stage and that's what beat Na Piarsaigh for them.

Never has a man deserved to win a game as much as Brian Carroll today | https://t.co/y0affUzG3Q https://t.co/fPwjPv2cc9 pic.twitter.com/xLsBcxsBkN

Kicked seven points from play in an All-Ireland semi-final for her club. One of the most glorious shooters in the country, she picks off points like it's the easiest thing in the world.

Fennelly will tell you himself that he hasn't been in the best of from recently. His dander is up now though.

He scored 4-4 against Naomh Eanna, including points from all angles and goals from the top drawer.

He's back and Ballyhale Shamrocks are looking like favourites.

A stylish wing back turned graceful full forward. Kevin Cassidy scores, or sets up a score the very minute the rest of the Gaoth Dobhair team look like they might be thinking about letting the opposition back into it.

What a decision from Joe Fortune to call this man in. A footballer predominantly, he made his first senior club hurling appearance of the year in the Leinster semi-final. 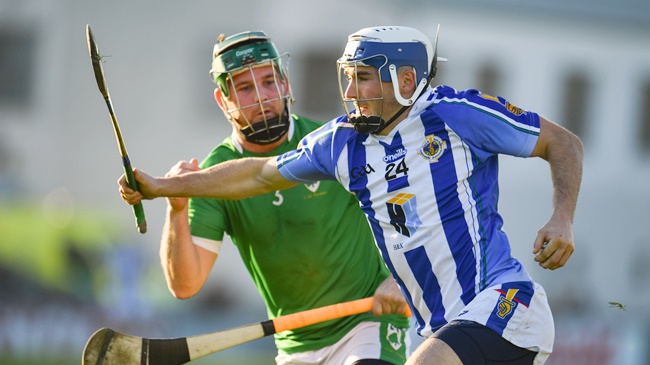 
popular
The SportsJOE 12 o'clock quiz | Day 294
"If Munster hadn't given him a contract, I'd say Leinster would have gone after him"
Conor McGregor wants immediate Dustin Poirier rematch, for UFC title
QUIZ: Name the missing player from the All-Ireland final team sheets
QUIZ: Name every Chelsea manager hired by Roman Abramovich
Cristiano Ronaldo facing laughable fine having broken Covid rules for Ski trip
The SportsJOE 12 o'clock quiz | Day 293
You may also like
2 months ago
In the wind and rain, brilliant Breen doesn't take no for an answer
3 months ago
"It's now that these fixtures need to be sorted and amended" - Jacob advises associations to plan ahead
3 months ago
"It will never be held against you" - surviving the once-in-a-career shoot-out
4 months ago
QUIZ: Which is the correct GAA crest?
5 months ago
"Even on player's bad days, you were very kind" - Seán Óg sums up O Muircheartaigh's magic
1 month ago
The SportsJOE 12 o'clock quiz | Day 274
Next Page