The GAA are used to making high stakes bets.

There was the special Dublin committee headed by former GAA President Seán McCague and former chairman of the Dublin GAA County Board John Bailey that allocated the necessary resources to help transform Dublin into the juggernaut they we see today.

There was the GAA's decision in 2014 to offer exclusive championship coverage to Sky Sports, a subscription based channel, taking a selection of matches away from free-to-air television. 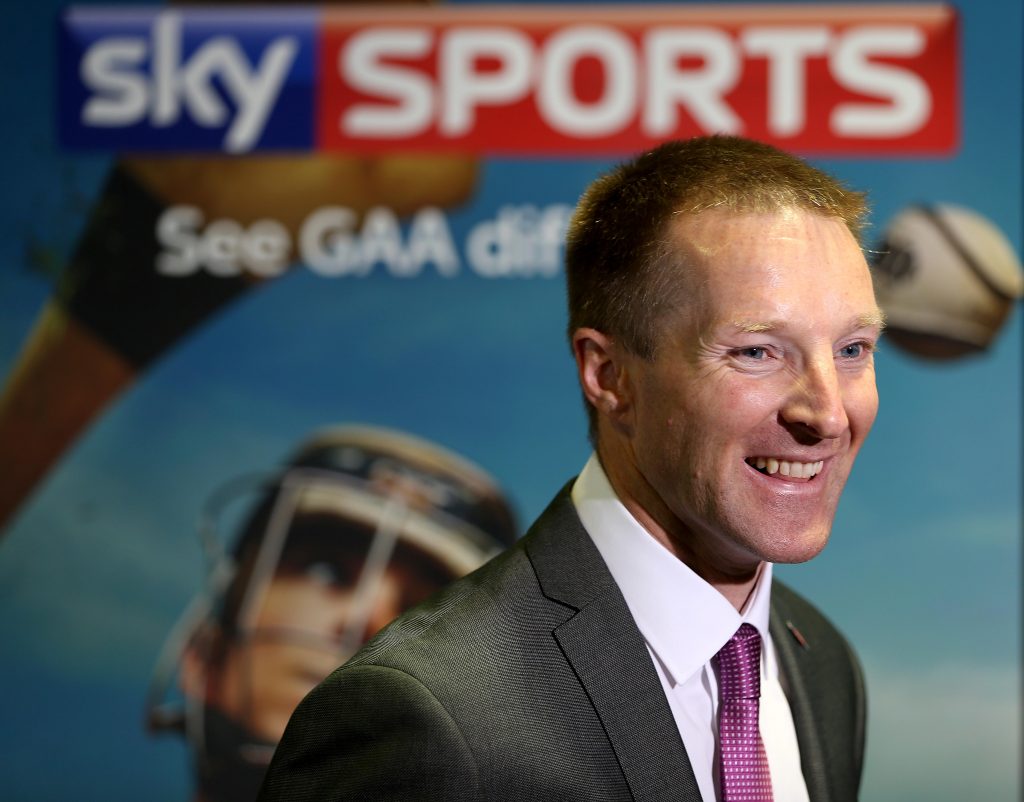 END_OF_DOCUMENT_TOKEN_TO_BE_REPLACED

The GAA bet big , and in all likelihood, they will continue to bet big in search of even bigger wins, but for their players, the lifeblood of their games, they have moved to discourage betting after GAA Congress voted by a 93-7 per cent majority to ban "sponsorship by a betting company of any competition, team, playing gear or facility".

None of the GAA's county teams are currently sponsored by bookmakers but some clubs and county boards have local arrangements with betting companies, which, they will will be allowed to continue until existing contracts run out, per the Irish Independent's Martin Breheny.

END_OF_DOCUMENT_TOKEN_TO_BE_REPLACED

Interestingly, but somewhat unsurprisingly, Alan Kerins, who spoke on behalf of the Gaelic Players' Association at Congress, revealed that of the 77 players who presented to the GPA for counselling last year, over 50 per cent related to gambling.

The startling figures are supported by so many horror stories of gambling ruining the lives of GAA players with the tale of Tyrone's Cathal McCarron's ranking up there among the very worst.

Writing in his autobiography 'Out of Control: How My Addiction Almost Killed Me and My Road to Redemption', McCarron revealed a time in his life where he took part in a gay sex video in London to feed his addiction.

"The company was based in a fancy office block in north London and looked like a legit model agency," wrote McCarron. "It didn't take me long to discover it was something more."

END_OF_DOCUMENT_TOKEN_TO_BE_REPLACED

"Anyone in their right mind knows that uploaded material can appear anywhere, but I wasn't in my right mind. I accepted the offer of some work." 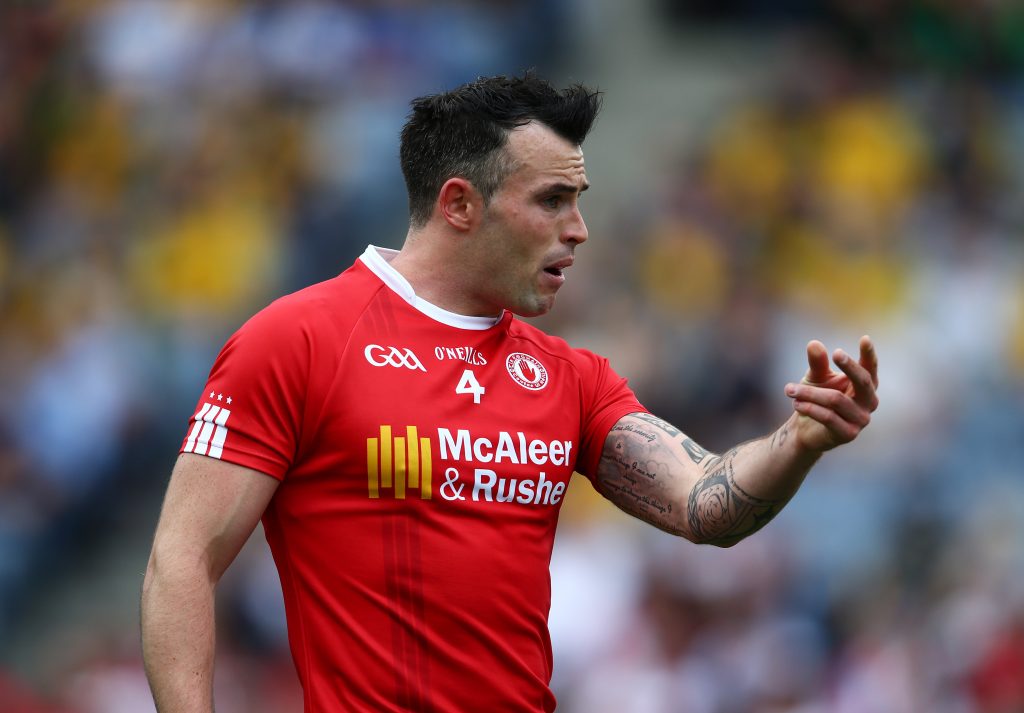 McCarron gambled away the money he received for his part in the production in just two days.

McCarron's story is harrowing, and while it is brilliantly told by Christy O'Connor in his book, it represents the most extreme example of gambling addiction.

But then there's Arravale Rovers and former county minor footballer Brian Glasheen who robbed from his previous employers to feed his gambling habit where he acquired €97,000 worth of credit cards over a five-year spell.

There's former All-Ireland minor hurling winner Timmy Dalton who went into banks telling them that he needed the money for a holiday or to finance a car when it was all money for gambling.

There's Tadhg Lonergan, a qualified referee of Tipperary club Kilsheelan-Kilcash, who was putting on bets in the hundreds of euro as early as 13 at Tramore and Leopardstown racecourses, and who later revealed in a series of brilliant interviews with Tipperary Mid-West Radio’s Stevie O’Donnell, that he had suicidal thoughts and had written a letter to his nearest and dearest in fear of the worst.

And, of course, there's former Armagh All-Ireland winner Oisin McConville, who was gambling every day by the age of 18, and at his worse, owed a staggering £100,000 to a variety of debtors.

Gambling addiction affects everyone from the local referee, to the minor county player, to some of the very best players to have played Gaelic Games.

It is a societal problem as much as it is a GAA problem, and while the two are invariably interlinked, banning the sponsorship of betting companies in GAA circles will help promote the disassociation between sporting triumph and 'having a punt'.

The GAA has been inundated with horror story after horror story of the pitfalls of gambling within its own ranks.

2018 seems like a little late for the introduction of such a sponsorship ban, but in a reactive organisation like the GAA, late is certainly better than never.

Of course, any GAA player that occasionally likes to watch the Premier League, or almost any other sport for that matter, will at almost every ad break have Ray Winstone's cockney accent floating around somewhere in the back of their mind telling them that they can bet anywhere in the world, but at least when they go to their local club, in their own backgarden, they won't be subjected to gambling's influence at the one place that even some of the most addicted of gamblers can find a temporary release. 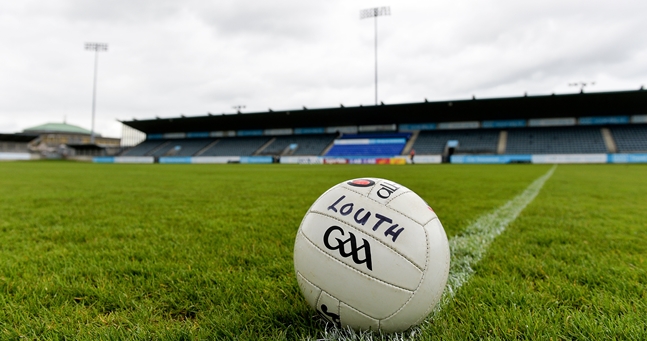 If your gambling is causing issues in your life, you can take steps to change this.

GambleAware maintains the live operation of the National Gambling Helpline for the Republic of Ireland. Fulfilment is being done by Ireland's leading national provider of addiction counselling and related support services, Cuan Mhuire. For further information on the magnificent work of Cuan Mhuire, visit http://www.cuanmhuire.ie/.

While the hours for the helpline at the moment are limited to 9am to 5:30pm Monday to Friday, GambleAware hopes to extend these hours as well as provide online internet support also via live chat over extended hours.


popular
Noel Gallagher left 'covered in blood' after headbutt from Ruben Dias’ dad
Cutting through the contradictions from one of the worst television segments of the year
Aiden McGeady details the abuse he suffered after playing for Ireland instead of Scotland
Roy Keane shows great comic timing after Jack Grealish party invite
BBC apologise after accidentally posting mocking Man United message live on TV
The FootballJOE Pub Quiz: Week 38
France the sore losers as Ireland Men reach first ever Sevens World Series final
You may also like
1 week ago
Eamon McGee reveals what Rory Gallagher was like under Jim McGuinness
1 week ago
If you're going into battle alongside Gareth Mckinless, then you will always have a chance
1 week ago
Rory Gallagher absolutely loses his mind celebrating as Derry beat Monaghan in Ulster semi-final
1 week ago
Monaghan will be a "different kind of challenge" compared to Tyrone says Derry boss
1 week ago
"I enjoyed it" - Padraig O'Hora opens up on his battle with David Clifford in League final
1 week ago
The All-Ireland hangover is a real thing, Dublin's dominance just made us forget about it
Next Page