Both incidents proved to be big talking points in the aftermath.

Dublin’s James McCarthy will miss the first competitive game in 2022, after receiving a ban following an incident between himself and Diarmuid O’Connor, in last month's All-Ireland semi-final.

Mayo had just scored a 45, thanks to a re-taken kick by Rob Hennelly, that forced the game into extra time.

END_OF_DOCUMENT_TOKEN_TO_BE_REPLACED

As McCarthy was running back into position, he swung his elbow back which collided with O'Connor, hitting him in the throat and forcing him to go down to receive treatment.

Despite complaints from the Mayo players, the referee, nor any of the officials saw the incident, and the Dublin star didn't get as much as a yellow. 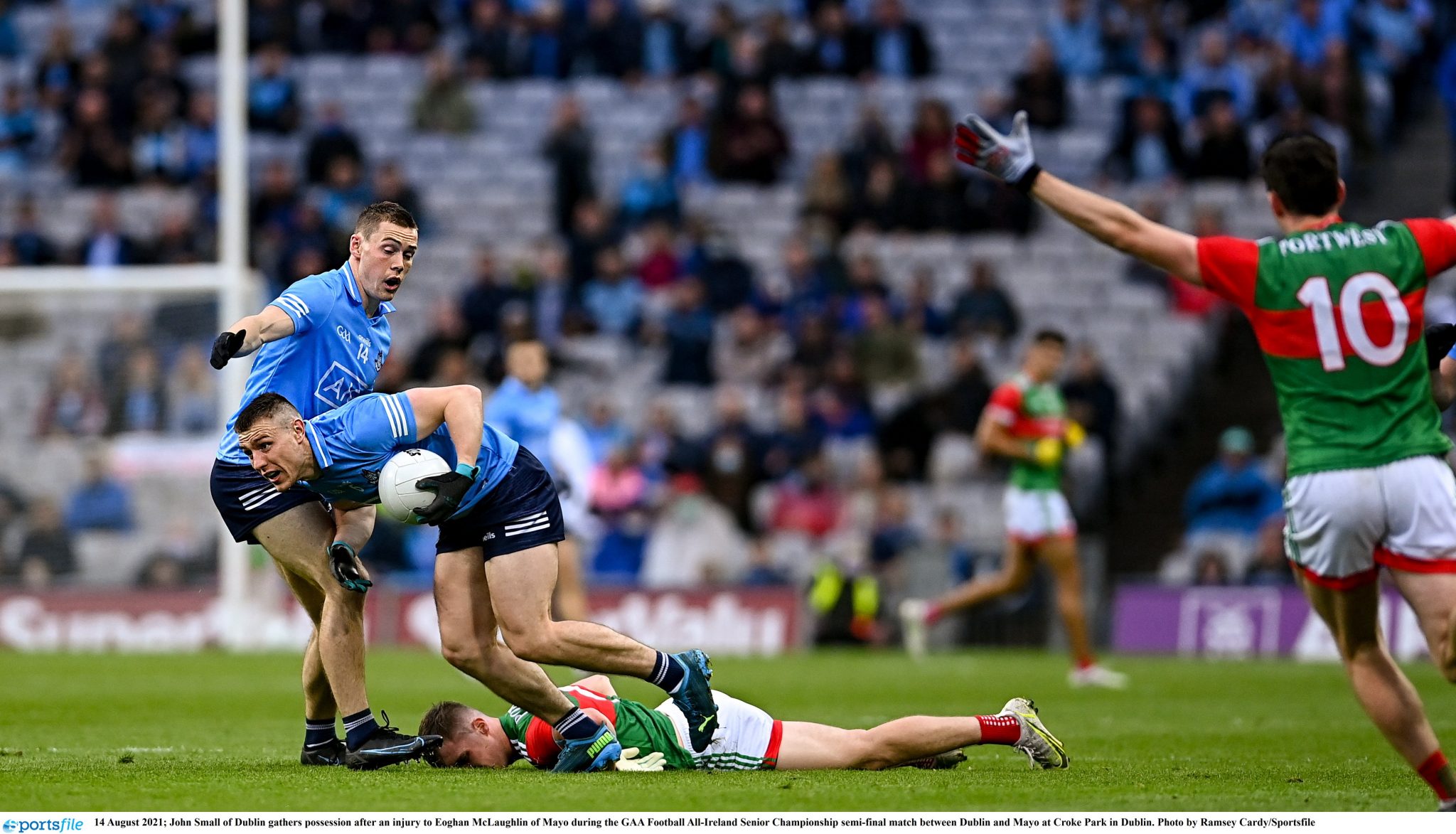 It did spark something of a ruckus which saw Aidan o'shea run on to the field, despite being subbed off already, and getting involved in an altercation with Philly McMahon.

END_OF_DOCUMENT_TOKEN_TO_BE_REPLACED

Referee, Conor Lane, blew the whistle for full time in the middle of this barrage of pushing and pulling.

The GAA’s Central Competition Controls Committee (CCCC) has since reviewed the incident, and agreed that McCarthy was deserving of a red card, thus the suspension will see him miss the first 2022 league game.

Another incident that was revisited, was the clash between John Small and Eoghan McLaughlin, that resulted in the Mayo defender breaking his jaw in two places.

However, it was decided that Small would not face any retrospective charges, and will be available for Dublin for the beginning of the 2022 campaign.


popular
Javier Hernandez offers to play for Manchester United for free
Mario Balotelli, Luis Suarez, Fernando Torres and why Rio Ferdinand "hated them"
"I don’t trust you" - Joey Barton delivers brutal dismissal of Irish defender
"I remember just hugging this Irish guy" - How one Kiwi rugby star reacted to Ireland's historic series win
Down county football is in tatters, but Conor Laverty is the man to piece it back together
Gatecrashed interviews and chip-shop previews - Wexford GAA's online coverage sets the standard
"I'll ask for everyone that comes to the game to wear purple and roots for us" - Pat Fitzgerald
You may also like
4 days ago
Antrim star saves someones life in the morning and then scores 1-15 for his club in the evening
1 week ago
"I just can’t agree with it" - Darran O'Sullivan critical of Shane Walsh's transfer to Kilmacud Crokes
1 week ago
Mayo star scores an outrageous total of 1-17 in Chicago championship game
1 week ago
The GAA hasn't gone away you know - Some great games on TV this weekend
1 week ago
Fermanagh manager happy to change honeymoon plans for All-Ireland final replay with Antrim
1 week ago
One week after All-Ireland heroics, David Clifford lights it up for Fossa
Next Page