Crossmaglen Rangers under-21 footballer, Ruairí O'Neill, is currently fighting for his life in hospital after contracting meningitis.

The news comes as a shock to the Crossmaglen and wider GAA community as just two weeks previously, O'Neill helped his team to secure their second county title. 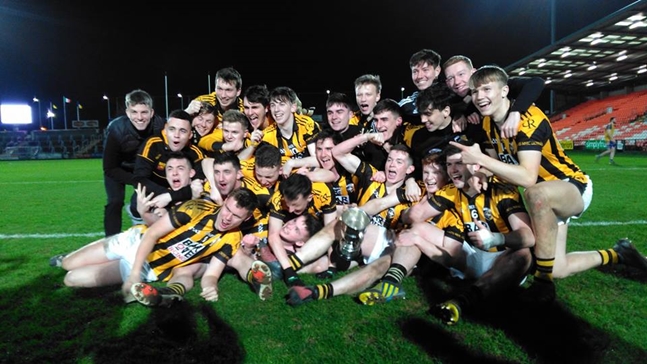 END_OF_DOCUMENT_TOKEN_TO_BE_REPLACED

There has been an outpouring of support on the club's Facebook page with messages of support coming from as far away as the GAA community in New York.

Ruairi's father, Kevin, wrote on Facebook that his son is currently playing in "the toughest match of his life".

Contacted by SportsJOE, a spokesperson for the club gave an update on the situation.

"Ruairi is a talented young player and vital member of the Crossmaglen Rangers club.

"The Community in Crossmaglen is rallying round the family to provide whatever support we can.  The thoughts and prayers of all our club members and the entire Crossmaglen Community are very much with Ruairi and his family at this difficult time.

"We thank everyone from across the country and further afield who have sent messages and good wishes to Ruiari and his family and appreciate the tremendous support of the GAA family at this time.

"We are all praying for Ruairi’s full and speedy recovery."

Thinking of Ruairi & wishing him the very best. #GodBless https://t.co/2sfQvrajI3

The thoughts and prayers of the Burren GAA community are with Ruairi O'Neill, his family and all at @crossrangers #GAAFamily 🙏🏐

Thoughts with Ruairi O'Neill and the @crossrangers club at this difficult time.

Thoughts and prayers for young Ruairi 'Bazzy' O Neill, tough as teak and born to win..@crossrangers


popular
"I've had stick my whole career" - Mike McCarthy on 'Plastic Paddy' jibes and singing the anthem
Roy Keane explains why Ireland didn't 'tie down' Declan Rice and Jack Grealish
Roy Keane has his say on Stephen Kenny's performance as Republic of Ireland manager
'Go and get a job' - Ronnie O'Sullivan responds to Shaun Murphy's amateur player comments
"Just brilliant" - Alex Goode backs Caelan Doris for 'Best Player' award
Ulster make massive statement as they out-gun Leinster in Dublin
BT Sport release statement as Chris Sutton is denied access to Ibrox again
You may also like
4 months ago
County teams announcing their starting line-ups in advance is pointless
4 months ago
One of the hardest things about being a manager is listening to strangers tell you where you went wrong
5 months ago
Kieran Donaghy reveals what it's like to work with "very direct" Kieran McGeeney at Armagh
5 months ago
23 characters in the best GAA picture of the year
6 months ago
"Some people just have different passions" - Geezer sees where Clarke is coming from
6 months ago
"He's not suited to the modern game at all" - Will Jamie Clarke play for Armagh again?
Next Page