Watty Grahams Glen chairman Barry Slowey has confirmed that his club will seek clarification from the GAA over the late drama that unfolded in Croke Park in the All-Ireland club football final.

The drama of course being the fact that Kilmacud Crokes defended Glen's last attack with sixteen players, as you will see in the below image. 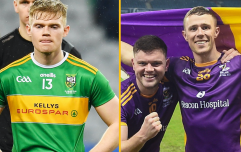 END_OF_DOCUMENT_TOKEN_TO_BE_REPLACED

The whole thing went a bit haywire in those last few minutes. As Danny Tallon lined up a last-gasp 45, you could see, watching on from the Hogan Stand, that Crokes manager Robbie Brennan called on two late subs in a bid to kill the clock.

Tom Fox came on for Paul Mannion and then, with the clock ticking, Conor Casey ran on for Dara Mullin.

Casey ran into a defensive position, but Mullin remained on the pitch as the referee blew his whistle for the 45 to be taken.

Tallon hit a clever short one to Conleth McGuckin, who only just missed the target from 30 yards, but Mullin wasn't off the field in time, he was on the goal-line and, as it turned out, neither was Paul Mannion. 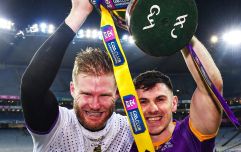 END_OF_DOCUMENT_TOKEN_TO_BE_REPLACED

Malachy O'Rourke and his assistant Ryan Porter spotted the mistake immediately and seemed to ask for the 45 to be re-taken, but they had no joy.

In his post-match press conference, O'Rourke was speaking from a personal point of view when he said that he'd tend to "accept we got beat on the day."

But the club have since sought clarification from the GAA. 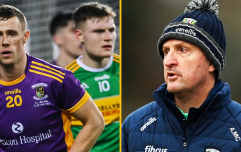 "It's very clear how I felt about it. I had a very definite view on it" - McEntee on Dunboyne's 2005 semi-final saga

END_OF_DOCUMENT_TOKEN_TO_BE_REPLACED

“The club have been made aware that potentially a rule has been broken and as such we will seek clarification from the gaa," said the Glen chairman Barry Slowey in a statement on Sunday night.

And the rule-book, as it goes, would seem to be in Glen's favour should they object, or should the CCCC conduct a review on matters.

Rule 6.44 (b) (i) of the GAA’s Official Guide Part I states that a proven objection for a team exceeding the number of players permitted as per Rule 2.1 (15 player) can result in either the award of the game to the opposing team, or replay, or fine, depending on the circumstances.

“I think Dara Mullin was coming off, at 14. I think he was just taking his time, to be honest with you. Probably that oul cynical word of killing the clock, so he was always coming. There was just John (Gilmartin) the linesman (fourth official) said, ‘He’s not off yet, so wait, wait, wait’. That’s all we are kind of aware of on it at the minute.”

You can watch all the madness unfold here.

Kilmacud’s 16 players on the pitch.

Here’s @SportTG4 #GAABeo coverage of the final 90 seconds of the game. You can see when the subs come on & go off. pic.twitter.com/B5iHnX0tP8


popular
Ireland vs Wales: All the big talking points, moments and player ratings
Conor McGregor offers solution to Croke Park fiasco that should suit all parties
Conor McGregor hit by car ‘at full speed’ while cycling
Hugo Keenan shows incredible speed to save the day after rollicking Irish start
Allianz National League Round 2: All the action and talking points
Everton release brutal 59-word statement to confirm Anthony Gordon departure
Ireland team to play Wales: Andy Farrell's XV, the big calls and bold cuts
You may also like
1 week ago
Replay is not the answer for Glen-Kilmacud mess of epic proportions
1 week ago
All in Glen's hands as the club must lodge an objection if they want a replay
1 week ago
"A replay is the likely outcome" - Joe Brolly weighs in on club final drama
2 weeks ago
"That undermines some of the hard work that's being done" - Cunningham doesn't agree with 'super-club' jibes
4 weeks ago
"We'll have plenty of Christmases" - McGowan and club players should be envied not pitied
1 month ago
"At that particular time, I was trying to make Australia work" - Walsh making most of his second chance
Next Page