We have been starved of the ball, destroyed our kitchen floors with burpee-related accidents and exhausted every 5km trail in Ireland.

However, at long last the return to GAA training is within the grasp of those O'Neills gloves you got for Christmas, but still haven’t had a chance to wear.

The north of Ireland’s clubs are back as soon as Monday 12th April, while the county scene are dusting off their GPS vests, personalised boots and 70 different quarter-zip tops for an 19th April return.

END_OF_DOCUMENT_TOKEN_TO_BE_REPLACED

As exciting as this is, it can also be a little overwhelming as we get ready to jump straight back into the frying pan of beep tests, tackling grids and three-man-weaves.

Luckily, Brian Keane, creator of the Lean Body GAA Program, author and fitness guru, has five useful tips to prepare you for your glorious return to the pitch.

“Scale back your personal training first of all. Look at your training load first as a lot of things will come thick and fast and you don't want to be pulling from all different sides, so if you're finding that there's a lot of training sessions, games, sevens tournaments and things like that, then you want to scale back your other training.

END_OF_DOCUMENT_TOKEN_TO_BE_REPLACED

“So things like your runs and your weight workouts - you don't want to overload your body with too much too soon. The temptation will be, if you've been doing any work in the gym or at home or body-weight workouts or runs, that you now keep that and then add in the training on top of it, which is normally a recipe for injury unless you make the adjustments to the recovery.

“I think a good split for most players is like a five-day week, so if they're back training, or if you're playing matches say, two or three times a week, you're doing another two workouts outside of that and you're not going too hard too soon.” 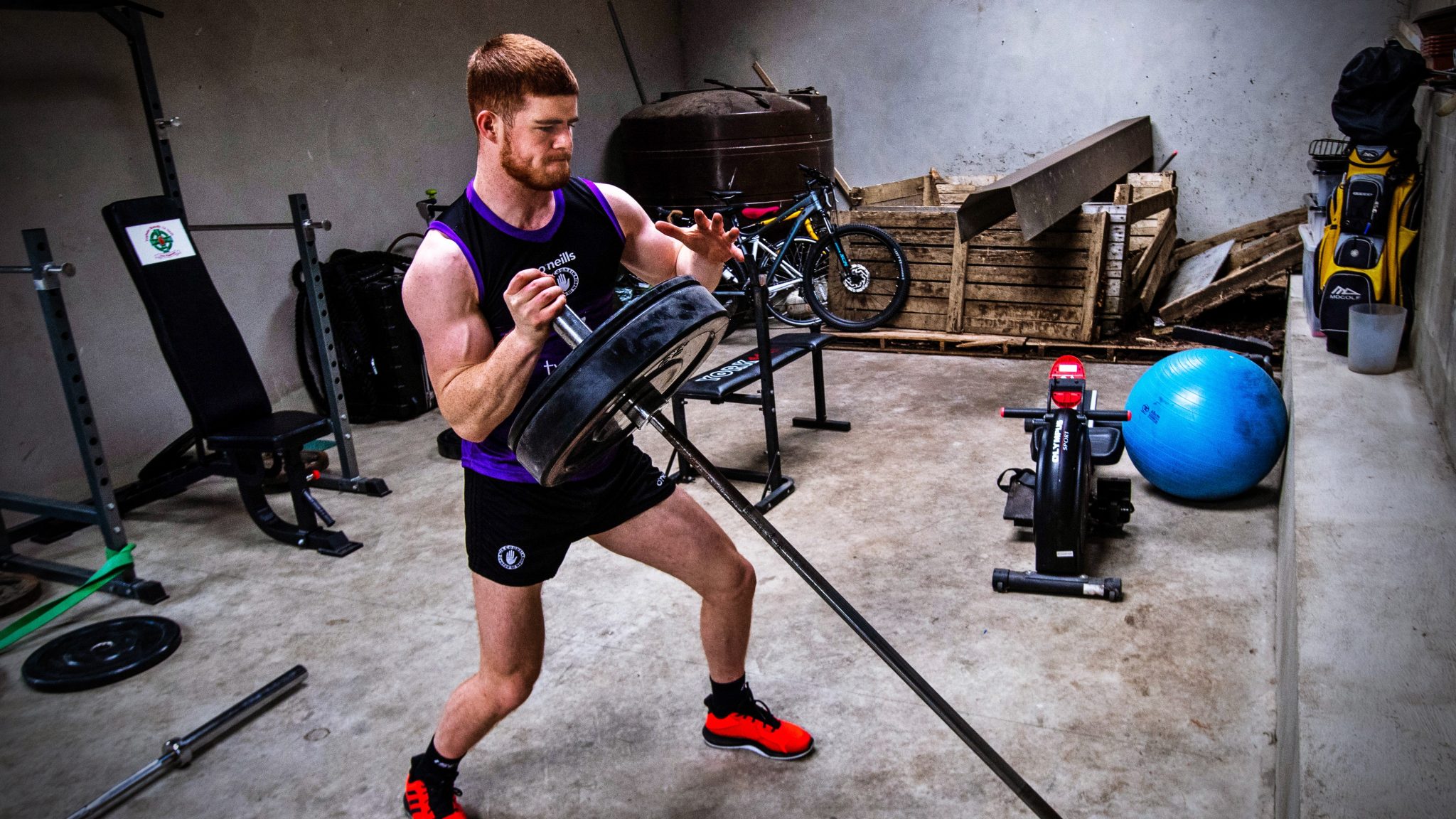 “The general rules in nutrition never really change when it comes to fuelling for GAA players. You're talking complex carbs, healthy fats, complete protein sources. Those things won't really change on Monday. However, it's probably more important that you're being mindful of fuelling your body than before.

“Some players are coming back to training, having done nothing for the last three months, and there's other players who have been in a fantastic routine.

“The nutrition on both sides is going to be, what's going to fuel me?

So regardless of where you fall on that spectrum of doing nothing or too much, it's important to keep that in mind because that's what's going to improve your recovery.”

“When I say recovery I'm talking physical recovery, stretching, foam rolling, Epsom salt baths etc. All of those things, they're probably going to give people a better bang for their buck right now, because it's a very peculiar season in that people are going from zero to 100 and a lot of people have had a completely different route.

“So, what improving your recovery looks like is trigger point tension on hamstrings, rolling on quads, rolling on calves, increasing your hydration levels and hitting your protein goals.”

“Now this is another strand of recovery but sleep is hugely important. If you focus on quality sleep then your recovery and repair comes with it.

“This is very much a case of not blowing your load too soon. Don't go hell for leather from the get go. After the last lockdown and things reopened, players went from zero to 100 without thinking about the entire season as a whole.

“I think expectation and aligning the expectation on the front end is the way to do this. If I took away your bicycle from you for five years and then you jumped on a bike, you'd be like, ‘oh this feels a bit weird’ for a few minutes and that's what happens, the longer you're away from something, you're going to lose a little bit of that muscle memory.

“It's the same with football, hurling and camogie. Just know that, dropping the ball and getting your touch back will take time, so don’t have unrealistic expectations of how you would be playing now compared to the middle of a season.”

If you take one bit of advice from any of this, “don’t blow your load too soon”, is probably the most applicable. Good luck!


popular
Gary Neville reveals Man United ignored advice to sign Joao Cancelo
"County football isn't for everyone" - Down captain Barry O'Hagan hits back at criticism
"I think there are only five Kilkenny players who are guaranteed to start on any given day" - Cody's motivational methods
Rhodri Giggs accuses Gary Neville of hypocrisy over Salford sacking
Billy Sharp breaks silence after attack from Nottingham Forest fan during pitch invasion
Erik ten Hag identifies Ajax defender Lisandro Martinez as Man United transfer target
FootballJOE's Career Path Quiz: #6
You may also like
2 days ago
If you're going into battle alongside Gareth Mckinless, then you will always have a chance
2 days ago
Rory Gallagher absolutely loses his mind celebrating as Derry beat Monaghan in Ulster semi-final
4 days ago
Monaghan will be a "different kind of challenge" compared to Tyrone says Derry boss
5 days ago
"I enjoyed it" - Padraig O'Hora opens up on his battle with David Clifford in League final
6 days ago
The All-Ireland hangover is a real thing, Dublin's dominance just made us forget about it
1 week ago
David Clifford tells Darran O'Sullivan how handles all of the pressure and attention he receives
Next Page