"Goalkeepers generally aren't very good Gaelic footballers. If they were, they wouldn’t be goalkeepers."

That was Darragh Ó Sé, shooting from the hip in last month's Irish Times in a manner that, when you think about it, all of his family can.

"No county is so overloaded with high-class inter-county footballers that they can afford to stick one of them in goal," he continued, in his own way of saying that, if you're a goalkeeper and not a ball-player, you should stay in goals.

END_OF_DOCUMENT_TOKEN_TO_BE_REPLACED

Prior to Ethan Rafferty's emergence, let's not forget, and as far as goalkeepers go, you'd have to say that Morgan was the best roamer in the business. He has speed and he has composure - the two most important survival ingredients a long way from home - and that's why, after his 2021 displays, some people said he'd be good enough to start out the field for Tyrone if he wanted to.

But even though he joins the attack and kicks passes and points as well as the next man, Morgan has enough self-awareness to see where the Kerry-man is coming from.

"If I was fit enough, I'd want to play outfield for Tyrone," he says.

"I can see Darragh's argument, to an extent. I'm sure Ethan, if he had his way, he'd rather play outfield for Armagh as well." 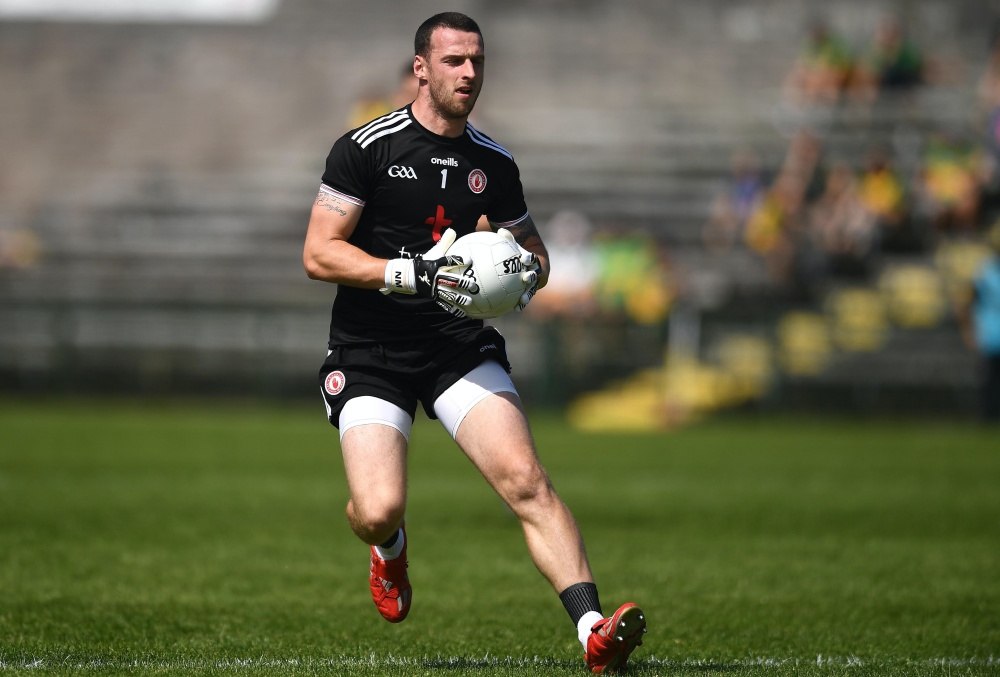 END_OF_DOCUMENT_TOKEN_TO_BE_REPLACED

But the point is that, unlike many of their peers, Morgan and Rafferty wouldn't be far off starting out the field for their counties. That's why, in many ways, they're the exceptions to Darragh Ó Sé's rule.

Ó Sé's argument revolved around the point that, in Rory Beggan, you have a goalkeeper who's trying to be something he's not. Morgan, on the other-hand, name-checked Beggan as a goalkeeper who is able to mix it out the field but none-the-less, he agrees with Ó Sé's general point. If you're not a ball-playing goalkeeper, then don't try to be.

"Teams are really going to start using this evolving keeper role. It's just important that they make sure the people doing it are capable of doing it, and it's not just a case of 'Oh we saw Niall Morgan, Rory Beggan or Ethan Rafferty doing this so we want you to do this'. You might have a goalkeeper panicking, and getting nervous, and not wanting to do any of his jobs."

And that's why his experience of playing out the field for Edendork has done no harm, though he has one point to make on Ó Sé's argument.

"There's not too many outfielders that you can put in nets either."

Ethan Rafferty is the obvious exception, and that's exactly how it's put to Morgan.

"At the start of the year, I thought it was madness," he says.

"I didn't know whether it was going to work or not. I know he had a small bit of history in goals whenever he was younger. I thought it was too late to make a goalkeeper out of somebody.

Ethan Rafferty with a fantastic point. The @Armagh_GAA goalkeeper gets his second of the day. pic.twitter.com/JxwZbrJt4N

"But I've been proved seriously wrong. Bit by bit, he's grown into games. He's made his mistakes, surely. I sort of thought that come a big game, his [lack of] experience as a goalkeeper would let him down. I think Donegal really got on top of him in Ulster. But because of that, he's grown even more. He was excellent against us, and excellent against Donegal in the backdoor.

"He's strong under the high ball, great at carrying the ball, and his kickouts have got a lot better. His shot-stopping is slowly improving. That's probably his only area of weakness. It's crazy to think that when talking about a goalkeeper, shot-stopping is now near the bottom of the list rather than at the top."

So, maybe that's it. You're either a ball-playing goalkeeper, like Morgan or Rafferty, or you've a lot to work on.

And if you haven't got the work done, then don't be going out there until you're ready to rock and roll. 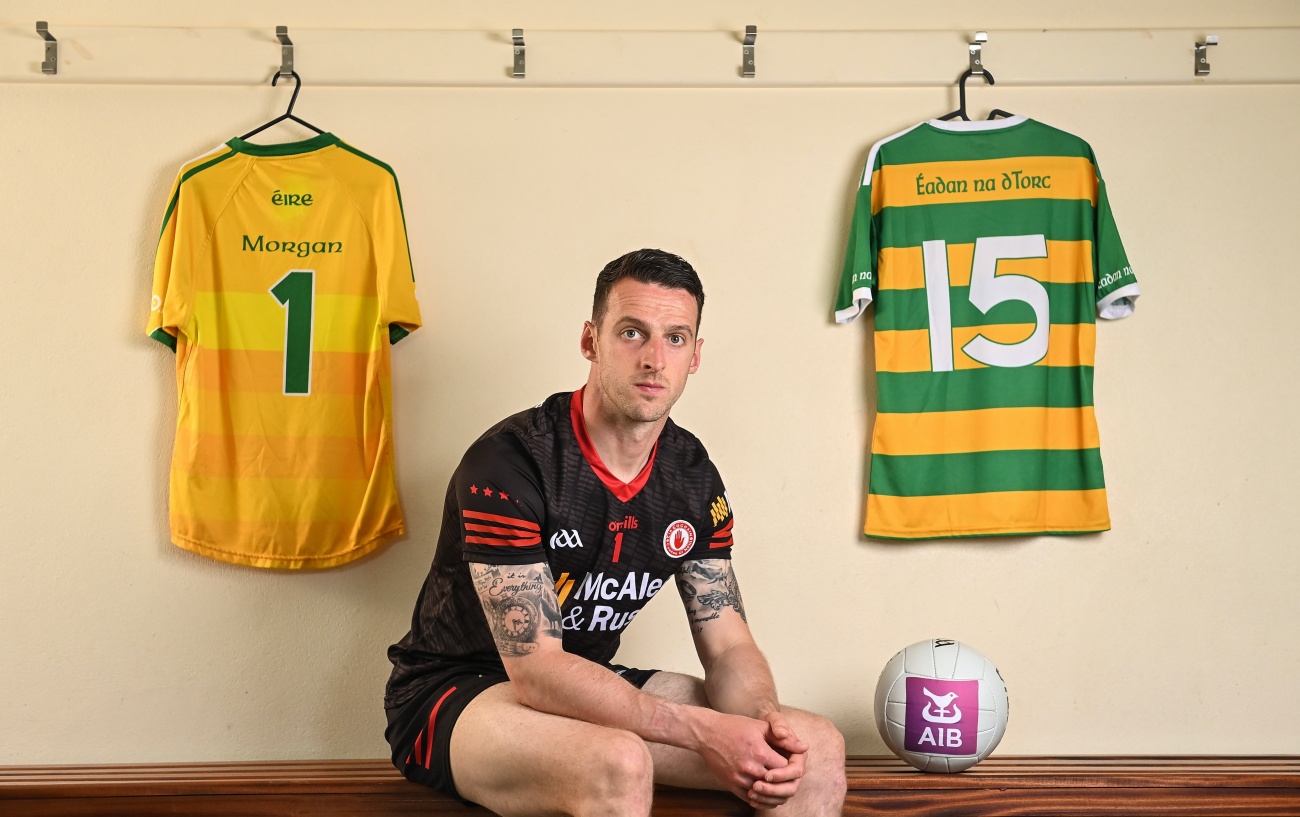 21 June 2022; Tyrone and Edendork St Malachy's goalkeeper Niall Morgan pictured at the launch of AIB’s new series, The Drive, which explores the adversity faced by inter-county players in the modern game and what drives them to pull on the jersey year after year. Photo by Ramsey Cardy/Sportsfile


popular
Ballyhale's Colin Fennelly felt Ballygunner's victory speech was disrespectful
Brazil star responds after Roy Keane slates dancing celebrations
Roy Keane reacts to Brazil's jubilant celebrations in first half demolition job
Samuel Eto'o involved in an ugly confrontation with fan outside World Cup match
Eniola Aluko responds to criticism after on-air mistake on ITV
Rory McIlroy explains 'falling out' with Shane Lowry that lasted a few years
Roy Keane handled Gary Neville’s goal celebration as most Irish fans would
You may also like
1 month ago
GAA JOE Team of the weekend
1 month ago
"I'm a bit battered after it." - Shane Walsh comes through the wars to inspire Kilmacud Crokes
3 months ago
Conor McKenna set to return to the AFL in huge blow for Tyrone
5 months ago
"Life can be very cruel" - Anthony Daly captures the feeling of a GAA community in shock
5 months ago
Tyrone GAA in mourning following death of senior hurling star Damian Casey
5 months ago
"Even somebody as stupid as I am would get the hint" - Colm O'Rourke rules himself out of Meath job in classic O'Rourke fashion
Next Page