December 2018 in Netwatch Cullen Park and the 2019 season has already begun.

For the first time since the 1990s, the football has got going before Christmas and though the added spice of the new rules was expected to turn a few more heads, it wasn't enough of an attraction for most with a measly crowd showing up in Carlow for the county's O'Byrne Cup opener against Westmeath.

With a bitter breeze blowing, only the Carlow and Westmeath diehards made it out with the rest of them having better things to be at.

That's where the warm fire at home and the Leinster club final live on TG4 come into the equation.

And even though O'Connor Park was where the craic was, Carlow and Westmeath offered up a decent game of football a couple of miles south with the new rules in operation breathing some life into the occasion. 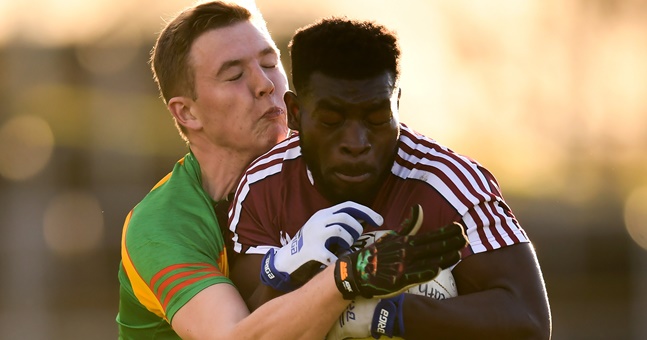 All in all, the restriction of hand passes to only three creates a game where only the skilful survive. Under the new conditions, a high-press becomes an open goal of a tactic to try and encourage mistakes and as a result, players in possession of the ball come under more pressure than ever before.

Often, there's no get out of jail card of a hand-pass anymore, and unfortunately for the one-dimensional 'athlete' type players, for those who aren't quick on their feet and who don't have the best vision or spacial awareness, they'll be in a bit of bother.

On top of this, Possession is harder won because the forced kick often goes loose and this leads to more one-on-one contests. That can only be considered a good thing, as can these changes on the whole.

We totted up the end of game stats and here's how those rules impacted on the game.

Restriction on hand-passes to a maximum of three in succession

This is undoubtedly the most impactful of all the new rule changes. 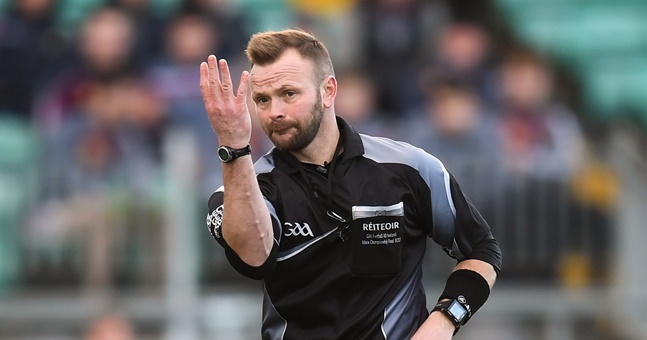 Westmeath sensed the weakness in the Carlow ranks, in their one-dimensional hand-passing approach and Jack Cooney's men were rewarded for pressing high and pressing hard. Carlow coughed up possession and they often kicked laterally and backwards, inviting Westmeath even further forward and putting themselves under more pressure.

Westmeath on the other hand were better able to mix their game up. Their kickpassing was sharper and it was slicker and they were only caught out for overhand-passing on two occasions, one of them a panic decision when a goal was on the cards.

One of their subs, Luke Loughlin, demonstrated the value and the beuaty of a well-performed kick-pass on numerous occasions after his introduction.

"There were a lot of short kick passes, five, six metres. It’s just a matter of trying to think your way through the game, knowing when you are on your limite of hand passes and then just trying to maintain possession and not forcing it."

"I wouldn't be hopeful. I don't think it's a better spectacle when the ball is being kicked away like that. No one wants to see that.

"When there is a sweeper in play it's nearly a recipe for a turnover, last line in particular, turnover after turnover and here today that's going to be a problem, a big problem. I don't think it's going to add anything to it, when teams are at full strength and more competitive it will be even worse," he said.

Carlow were turned over on the ball 29 times, to Westmeath's 25. 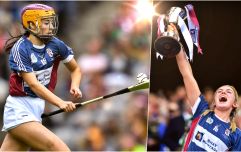 END_OF_DOCUMENT_TOKEN_TO_BE_REPLACED

Three advanced marks were called in the whole game. There was no massive increase in the teams attempting to lump ball in high to win marks closer to goal, but then again, a team's tactics and player's habits aren't going to change overnight. This will be a process.

Westmeath's Jack Cooney: "The mark is something that could be worked on, inside the 45, I don’t know, inside the 21 might offer a bit more reward for the longer kick, you might see that one v one tussle inside then, you might see more high fielding..."

There were two sidelines, both in the second half of this game and both players kicked forward without hesitating or dilly-dallying.

Westmeath's Sean Pettit was sent to the bin for ten minutes for a cynical foul on a Carlow player.

The kickout from 20mt line

Westmeath were once pulled up over a kick-out delivered to a player who was at the moment of the kick-out being taken, inside the D surrounding the 20mt line. This resulted in a hot ball within this D.

Anthony Nolan had no trouble counting the hand-passes and he barely made a bad call the whole match long.


popular
The SportsJOE 12 o'clock quiz | Day 134
"It's not about winning at underage. It's about building players and building people"
"Me and him used to room together, and he was a bit of a nightmare"
It was Pierre-Emerick Aubameyang's final but Emiliano Martinez's moment
Excitement in Mitchelstown as Cork man set for AFL debut at 20
A starting XI of the best free agents available this summer transfer window
The SportsJOE 12 o'clock quiz | Day 133
You may also like
1 year ago
Hurling team of the weekend
1 year ago
Westmeath's Killian Doyle registers outrageous 0-17 against Antrim
1 year ago
Conway shoots the lights out in battle of the sharpest Joe McDonagh shooters
1 year ago
"Westmeath probably have the best full back in hurling at the moment in Tommy Doyle"
1 year ago
The best 15 hurlers of the National League
3 weeks ago
Na Piarsaigh's coaching set-up a juvenile's dream
Next Page