"It’s something that has to change."

This week on the GAA Hour, host Darran O'Sullivan was at home isolating with COVID but shouldered on to record the podcast remotely with his two guests Eamon McGee and Finian Hanley.

With so much happening over the weekend there was no shortage of talking points, but there was also no escaping the fact that the lads on the show could only watch one live game on television, which was Dublin vs Monaghan and thank God for TG4, or we wouldn't even have had that.

This meant all of the analysis around the other games had to be based on two or three-minute highlight clips online or from the League on Sunday show. 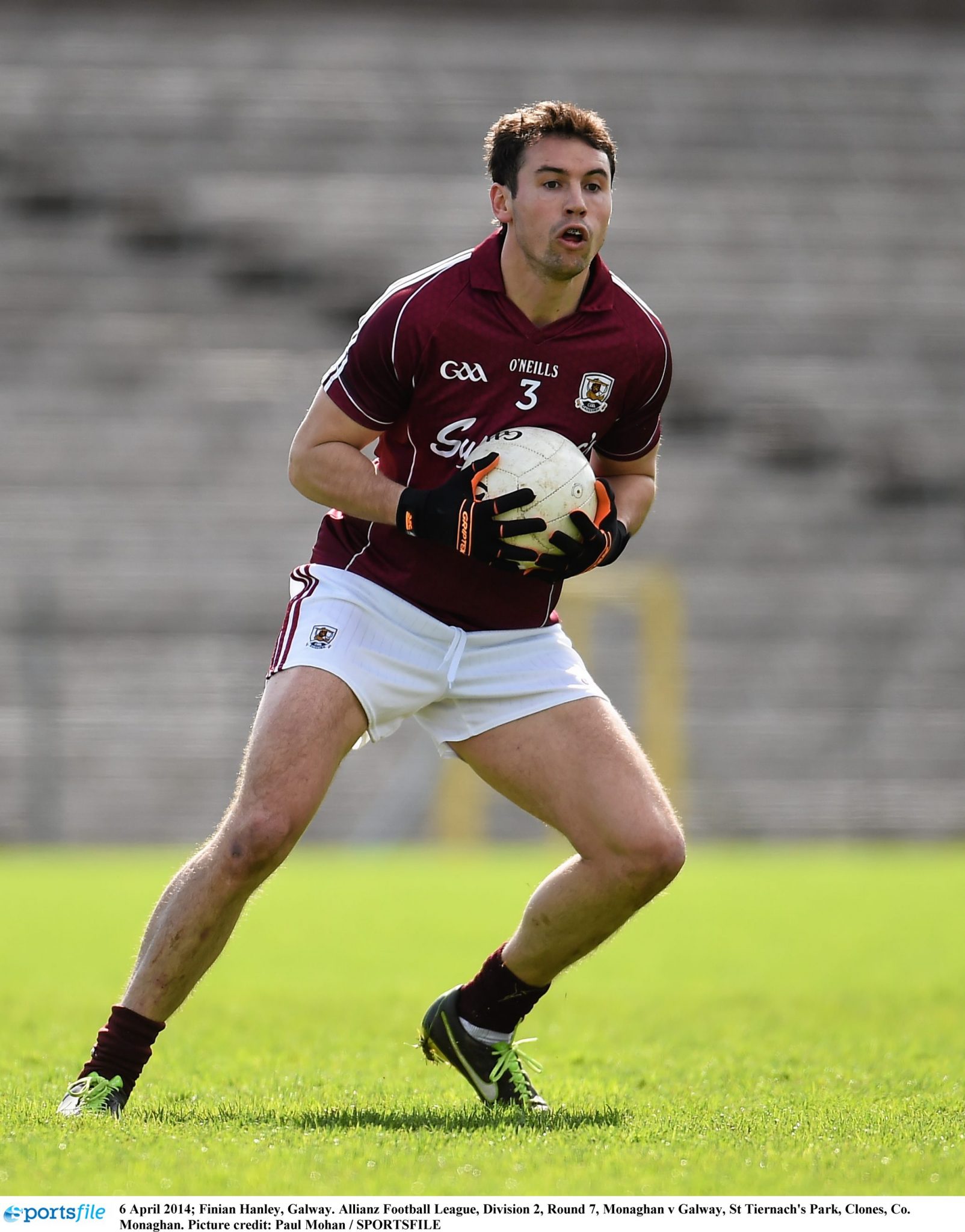 Former Galway star Finian Hanley wasn't shy in explaining what he thought of the lack of coverage that was available, and has some suggestions that GAA fans could be very interested in.

"We all sit down and watch Soccer Saturday on a Saturday, I know I do, and it’s three o’clock starts, and it’s on there, and Clinton Morrisson and the boys are throwing out ideas on the different games and stuff.

END_OF_DOCUMENT_TOKEN_TO_BE_REPLACED

"I don’t know, is there any way of doing something like that on a Sunday? The problem with the GAA is all the games are on different times and we will get to the fiasco in Division Four in a while, but something like… if you had from Munster, yourself (Darran O'Sullivan), Eamon in Ulster, and Mike Meehan and Philly McMahon, sitting around the table talking about the different games, as they are watching the four Division One games, of course people would watch it.

- Dublin are a Division Two side
- Make the Tailteann Cup great
- Tyrone's answer to Trent Alexander Arnold@Darransull86, @EamonMcGee and @hanley_finian are on the job after a thrilling final round of the National Football League.

"People are listening to different radio stations,but they want to get ideas on how the games are going, and the coverage was absolutely brutal.

"There was nothing, when so many people want to watch these matches and can’t get to them as well, or at least get a feel for them, or get some sort of the buzz around them - as you said last week, the buzz is around the league because the top teams are playing the top teams. 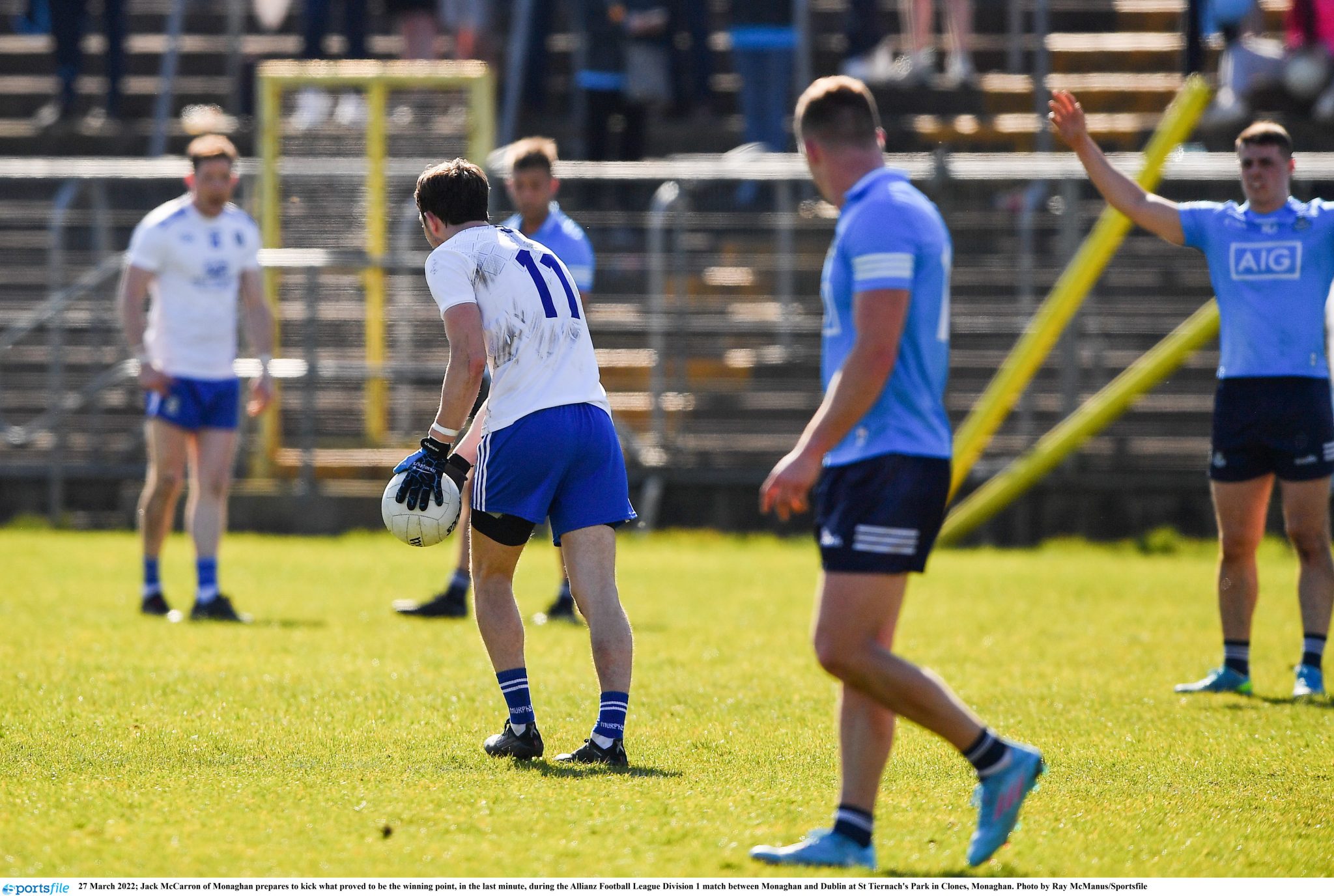 END_OF_DOCUMENT_TOKEN_TO_BE_REPLACED

"The Dubs are going down, there’s a lot of talking points but that would be an idea, and obviously some sort of - if you can’t show games on RTÉ or you can’t show games on TG4, have some sort of programme on the news channel or something like that for a couple of hours, that gives us the opportunity to turn on and have somebody at least watching the game, I don’t know, is that a runner?

"But the lack of coverage was brutal, and I would have sat down and watched three or four games yesterday and there’s thousands more who would have as well.

"It’s something that has to change, and maybe you’re right, maybe it is setting up their own channel, they have GAAGO but then it comes back to money, and how this works and will it work, but sure look, if you don’t try it, then you’ll never know." 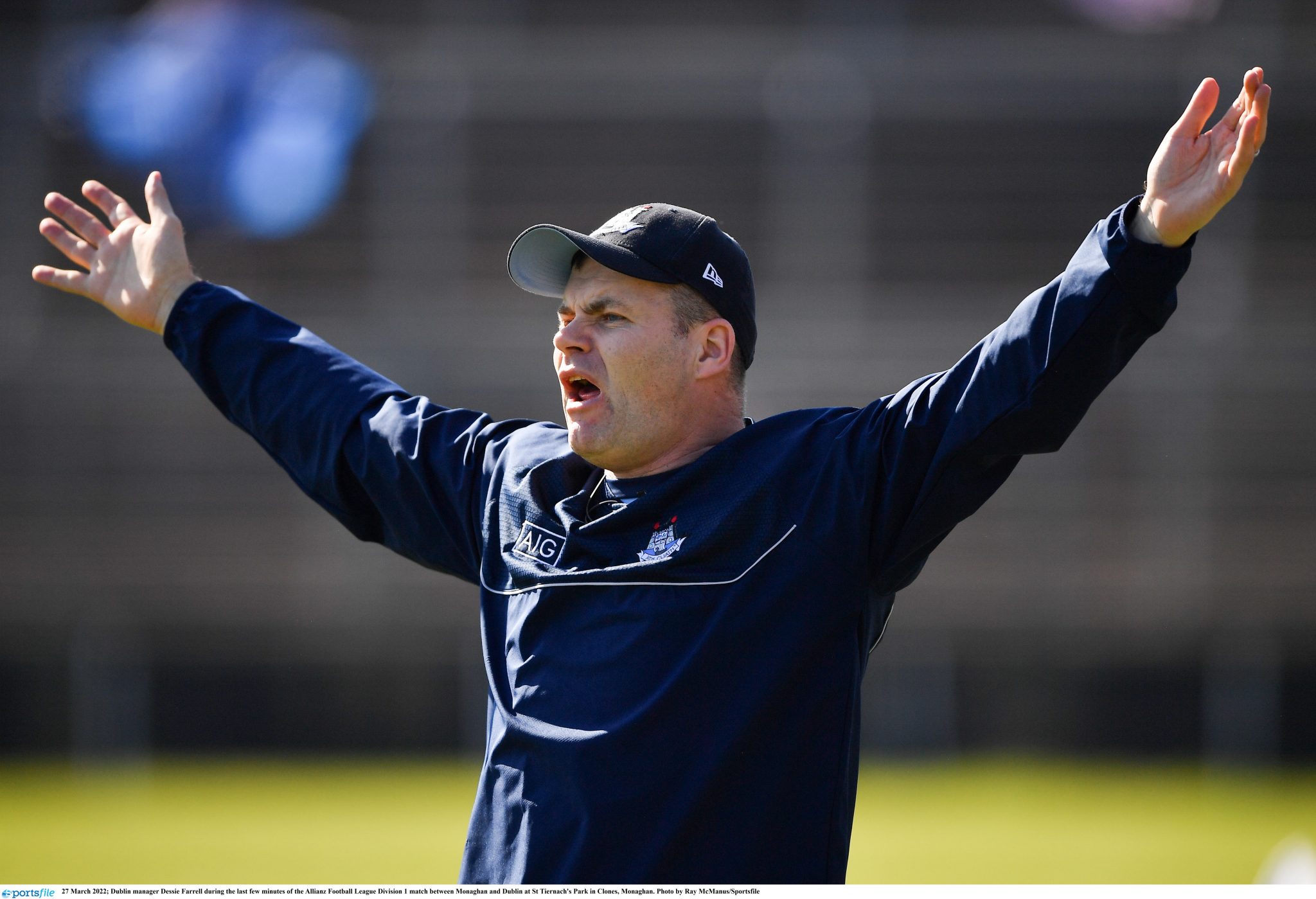 It just so happens that Jeff Sterling has announced he will be staying on with Soccer Saturday, so we are going to need someone else to get the ball rolling.

Or at the very least, talk about said rolling ball.

You may also like
6 hours ago
The SportsJOE Friday Pub Quiz: Week 9
1 week ago
Lidl launches One Good Club in support of youth mental health
2 weeks ago
Lee Keegan reveals who the toughest person he ever had to mark was
2 weeks ago
Paudie Clifford had the only response needed after being cleaned out by vicious elbow
3 weeks ago
O'Byrne Cup reduced to farce as Offaly withdraw from competition
3 weeks ago
Rory Gallagher expects Glen players to be back for Derry the week after club All-Ireland final
Next Page