"You’d just get up in the morning and go for a little walk and listen to a bit of mass there, the local priest used to say it online..."

A good morning is half the day done and wouldn't Cian Lynch's start set you up? Lock-down or no lock-down, the head is clear and the mind is free.

So it's not Justin Bieber or Sigala blaring, it's the local priest Cian Lynch is listening to as he gets ready to attack the day.

"Faith is something we can all hold onto now and grasp with two hands," says the charismatic Limerick hurler at the launch of Littlewoods Style meets Substance campaign.

"During the lockdown when mass was stopped, it was something I kind of looked to, do you know just saying a few prayers to keep the positive vibes and positivity going, and that’s important for any young person..."

"It was kind of a grounding for me personally and it would set me up for the day. It’d take away any worries you might have too. You can get so engrossed or so consumed by everything that’s going on, social media or whatever it might be but that grounding, I’m grateful that I have faith. Faith can come in different ways for different people but it’s just looking at it as a light at the end of the tunnel and it can focus the mind and that too..."

Lynch is following that passion in his studies at NUIG, with a masters in Religion and Geography seeing him start his teaching practice placement in Castletroy College in the next two weeks.

"It’ll be great to get a bit of experience teaching Religion and Geography, so I’m grateful for that. 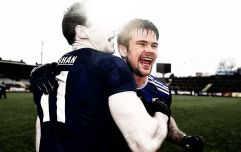 "I'm just sick of people putting Cavan down to be honest"

END_OF_DOCUMENT_TOKEN_TO_BE_REPLACED

"It was always something I wanted to go down, to get involved with teaching kids or young adults and teaching is the way to do it," he adds.

So it was faith, and a healthy amount of Call of Duty which kept him going over the summer months.

"I was playing Call of Duty for quite a few months, stuck in the Gulag," he laughs, "I don’t know do you know the Gulag, you get sent to the gulag when you lose in the game. I spent a lot of time in there! My mother would kill me haha, I’m on it too much. Ah listen, we just have to stay as positive as we can!"

It was the thoughts of a championship, first with Patrickswell and now with Limerick which kept him going.

"It's stuff like that, just going to training, whether it's hail, rain or snow, you're just delighted to be able to get out and meet your friends. Just to get out of the house, get out of a rut you might have been in."

"Everyone has their opinion, but I'd just go back to the perspective and how getting out at this time of the year is massive for the mental health. Not only us as players, but people in general. I know they can't go to the games, but to be able to sit down, watch a few games..." 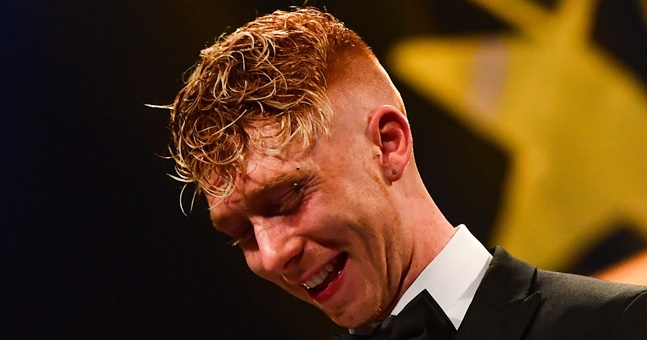 2 November 2018; Hurler of the year Cian Lynch of Limerick during the PwC All Stars 2018 at the Convention Centre in Dublin. Photo by Ramsey Cardy/Sportsfile 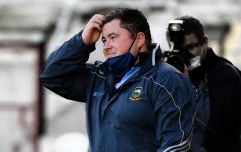 "He took the attention off himself straight away. He won't get the credit he deserves"

END_OF_DOCUMENT_TOKEN_TO_BE_REPLACED

Lynch, who was a highly rated young soccer player, found himself watching his St Kevin's Boys teammate Jack Byrne over the last few weeks with Shamrock Rovers and says the pair still keep in touch.

"Jack was the flair player in fairness to him. He was unreal, it is brilliant to see him with Shamrock Rovers and the Irish set-up. I know he was unfortunate there last week, he wasn't able to travel due to the virus. It is great to see a lad like him play at the highest level, it is cool. It was no surprise to see how good he is because he was always that good underage too. He played in the Kennedy Cup in the Bowl in UL, I remember sitting on the bank watching it, I remember him put on an absolute performance, it is something that stands out when anyone refers to him. It is cool now.

"Yeah, in fairness he'd text after an 'ould big win or I'd give him a shout or a text congratulating him, especially on his call up recently to the Irish squad!"

"It was a great (the soccer.) It was an outlet. For me personally it was a break away from the hurling, soccer was more of a way to relax, to just breathe. There wasn't that pressure on you, to go out to perform. With hurling it was always my first love, it was my go to. Playing a game of soccer, a kickaround, it was a good release. You'd love to be playing an 'ould game now, but we will have to wait another while."

The waiting is almost over with the hurling, as Limerick face neighbours Clare in the first round of the Championship this Sunday. The buzz is getting real now. Lynch will be praying for a holy Sunday.

"We know Clare very well, a lot of us have gone to school with the lads as well which is massive. But we just have to go out and focus on ourselves and give Clare the utmost respect that they deserve because they’re a great team and we’ve had many battles down through the last three to four years." 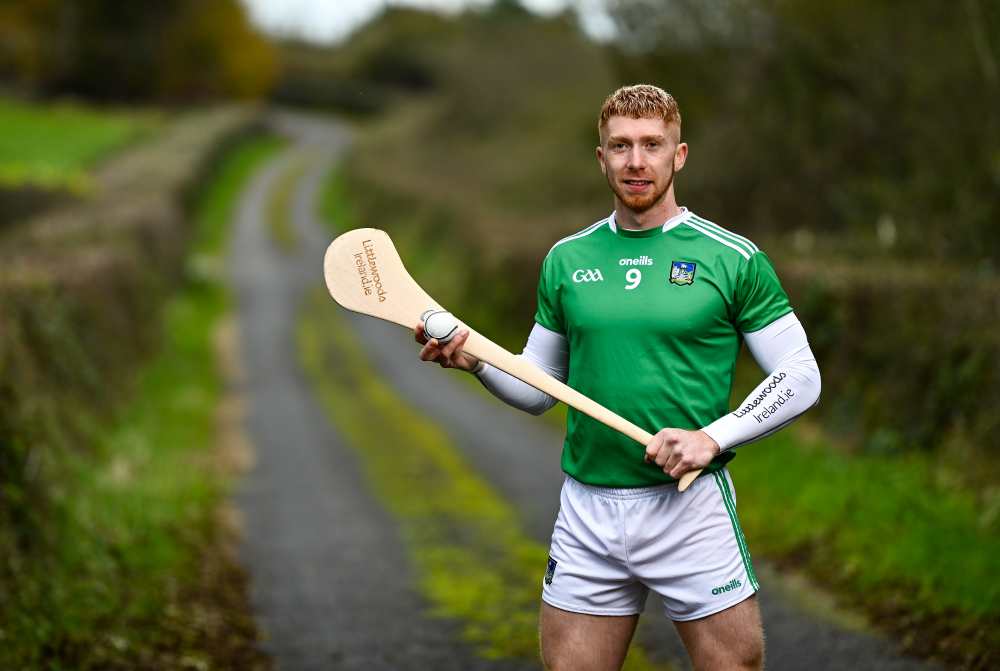 Limerick Hurler Cian Lynch joined All Ireland Senior Hurling Championship Sponsor Littlewoods Ireland to launch their new ‘Style Meets Substance’ campaign. Returning for the 4th year running as a top-tier sponsor, Littlewoods Ireland’s ‘Style Meets Substance’ campaign is a celebration of hurling people, their individuality, their love for the game and the joy of Championship.

popular
"I'm just sick of people putting Cavan down to be honest"
The SportsJOE 12 o'clock quiz | Day 248
Much-changed Ireland team we'd like to see start against Georgia
"He took the attention off himself straight away. He won't get the credit he deserves"
"This fella is the greatest shoo-in for an All-Star I've ever seen"
"We dominated physically" - Eddie Jones puts Ireland in their box again
O'Riordan's prodigious journey deserved this Holy Sunday
You may also like
1 week ago
"I didn’t know where I was really meant to be. I was running around like a blue-arsed fly!"
1 week ago
Paddy Durcan's fearlessness a sight to treasure in the age of lateral hand-passing
1 week ago
"Its a tough journey now. But we are glad to still have the opportunity"
2 weeks ago
Why RTÉ clips may not be available for some viewers in the north on social media
2 weeks ago
The SportsJOE 12 o'clock quiz | Day 233
2 weeks ago
Class all-round as Tipperary set to wear Bloody Sunday replica jersey in Munster final
Next Page