"All those excuses go out the window, you do whatever it bloody takes" Carroll calls on Offaly players to lead

It goes from bad to worse for Offaly hurling.

It seems like every year the county have reached 'rock bottom' but then the next year it gets even worse. Where they're at now though is as bad it's been with the Faithful staring down a second successive relegation from the Joe McDonagh Cup to Christy Ring hurling.

Rumours of player upheaval have been rife for the last while and that came all to a head on Monday with their manager Kevin Martin relieved of his duties two days after a 13 point loss to Westmeath. 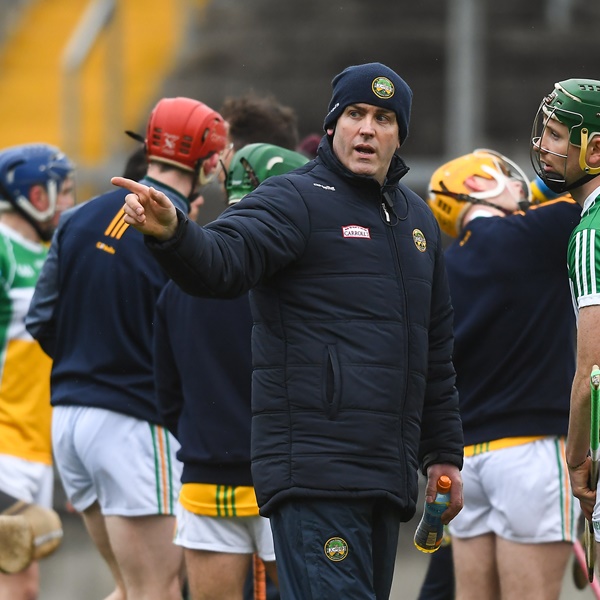 Joachim Kelly from the Lusmagh club will take over for the remainder of the summer.

There comes a time when the players must look at themselves though. Brian Whelahan, Eamonn Kelly, Kevin Ryan and now Kevin Martin have all come and gone as managers in the last few years and there's no more time for the blame game.

Coolderry man and former Offaly hurling stalwart Brian Carroll was speaking on The GAA Hour Hurling Show with Colm Parkinson on Monday afternoon when he discussed the situation.

Carroll called on the squad's senior members to lead the way forward in their next two do-or-die Joe McDonagh Cup games against Antrim and Kerry.

"Those players need to lead. We're talking about the likes of Joe Bergin, Shane Dooley, Conor Mahon and Colin Egan. These boys are around a long time and they really need to step up now...They need to sort out this panel and make sure everyone is pulling their weight.

He tried to put his finger on the reasons that may have caused some player discontent.

"There are other factors, Kevin Connolly from my own club - Offaly hurler of the year last year - given ten minutes. You know, Shane Kinsella from Kinnity, hurled with the county for a good couple of years now - he only gets half an hour.

"These guys, if they're any way fit should be starting what is essentially a do-or-die game if they really wanted to qualify...We need our best hurlers on the field and there is a certain amount of disharmony over where certain players are playing."

"But, all those excuses go out the window and I won't accept them anymore. The next two games these guys play, I don't care where you're asked to play or what you're asked to do, you do whatever it bloody takes and as a group of players, they have to do it...

"Stop blaming and taking the easy option as far as I'm concerned. Maybe it will take a relegation again for some of these players to go away from Offaly hurling because do you know what, they're only fooling themselves in the long run if they think what they're doing is good enough, and this constant blame culture.

"So I don't want to see it happen (relegation) far from it. I'd rather they got their acts together and preserved the Joe McDonagh status that at least they have something to work on..."

You can listen to the GAA Hour Hurling Show here.