What a weekend of football.

For the first time since 2002, when Mayo and Monaghan contested the Senior Final, the showpiece Senior Final will not feature Cork or Dublin.

From 2003-2021 inclusive, Cork lined out in a total of 13 Finals, winning eleven, as Dublin’s return from eleven final appearances in that same time frame was a tally of five wins, including four-in-a-row from 2017-2020. 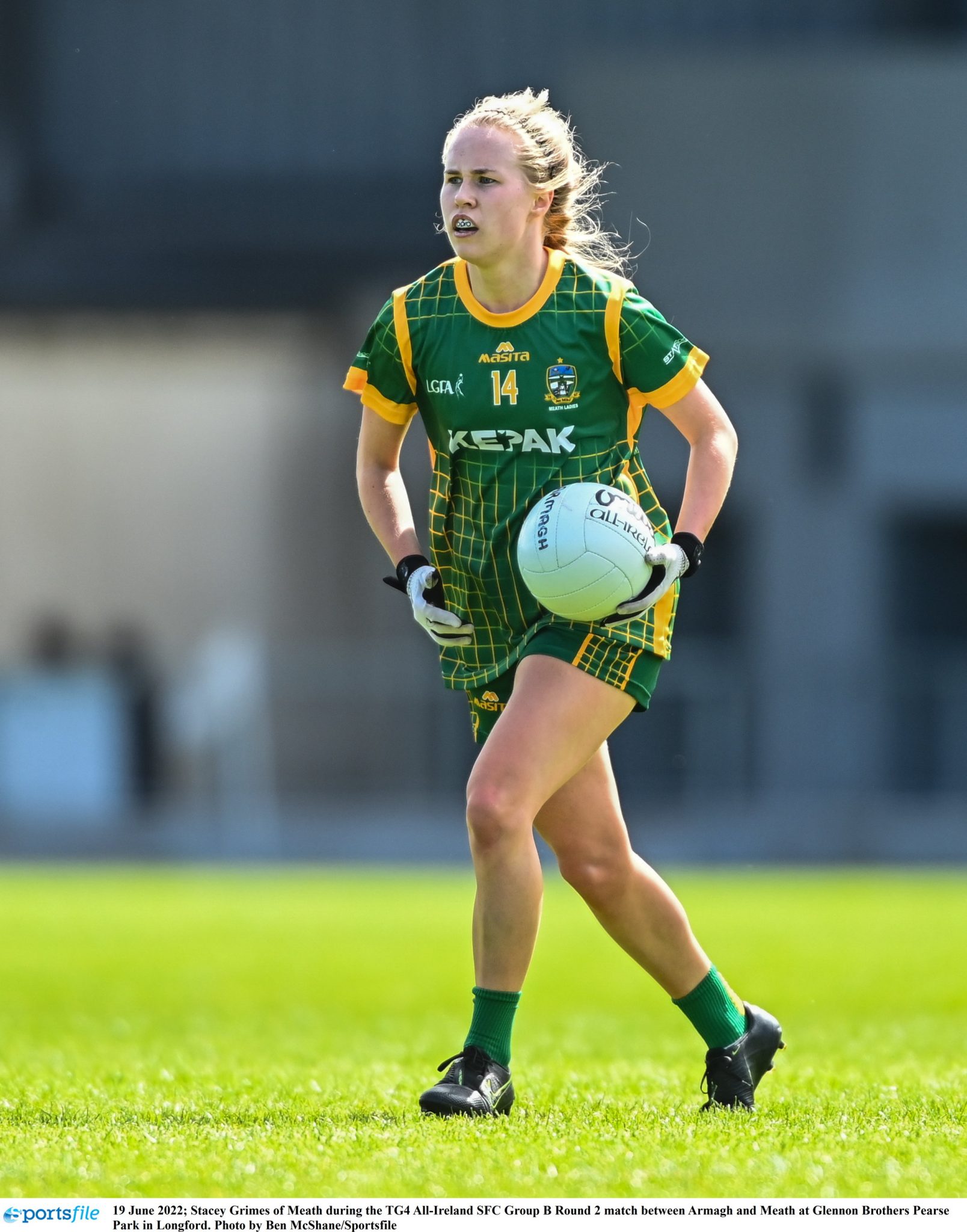 END_OF_DOCUMENT_TOKEN_TO_BE_REPLACED

It’s been a quite incredible period of dominance from those two counties but neither will play at Croke Park on Saturday – and the race for Brendan Martin Cup glory is wide open.

Kerry take on Mayo at 2pm, followed by the meeting of Donegal and holders Meath at 4pm.

END_OF_DOCUMENT_TOKEN_TO_BE_REPLACED

Both games are live on TG4 https://nasc.tg4.tv/Peil-na-mBan-Beo

There is an air of unpredictability around the concluding stages of the 2022 TG4 All-Ireland Senior Championship – and that’s perhaps due in part to Meath’s trail-blazing 2021 campaign. 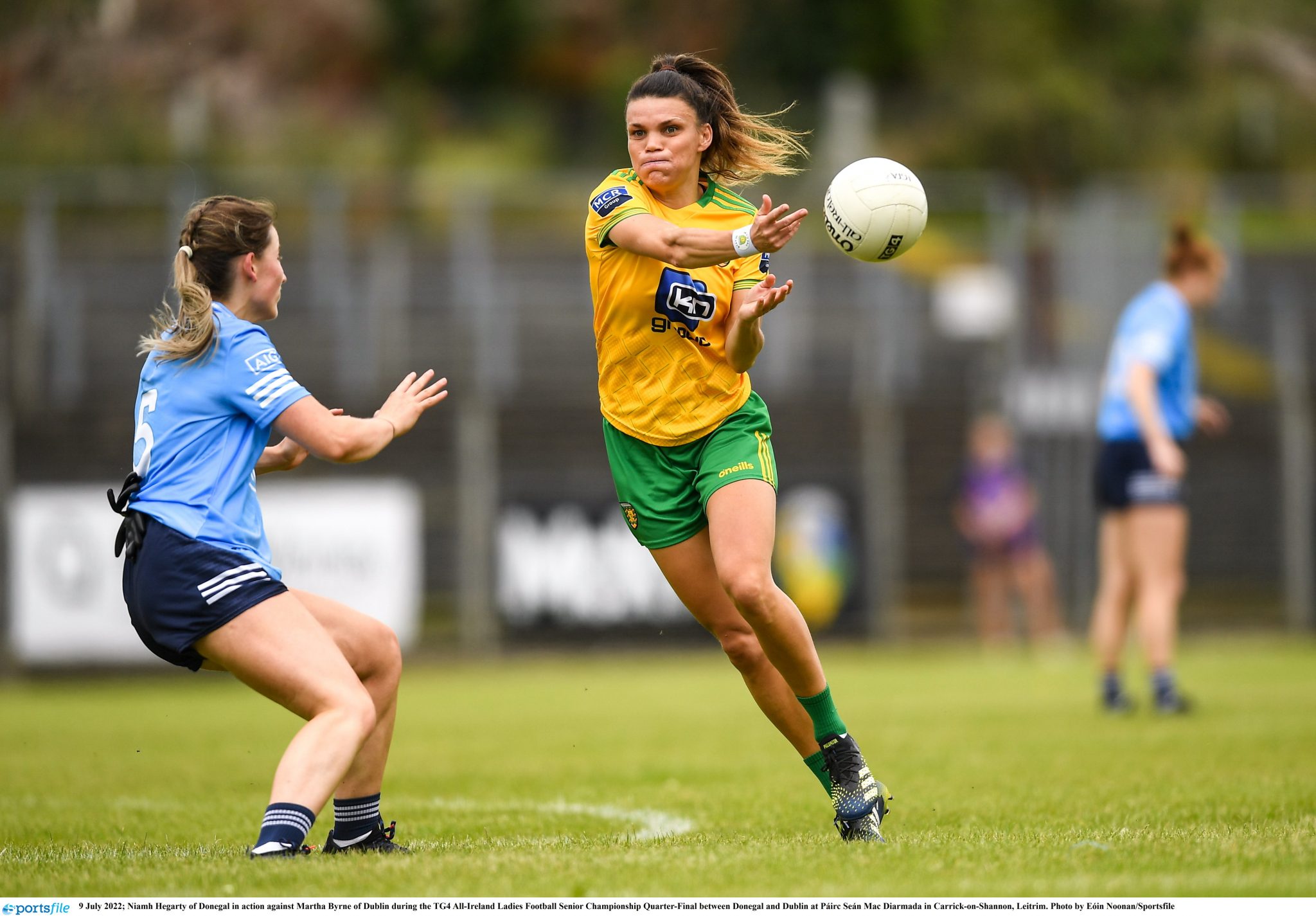 Having risen from the Intermediate ranks in 2020, Meath created history by adding the Senior title in their first season back in the elite grade.

Kerry and Mayo have both named unchanged starting line-up for their Croke Park semi-final.

For Mayo, aiming for a first Final appearance since 2017, it’s a second successive semi-final. 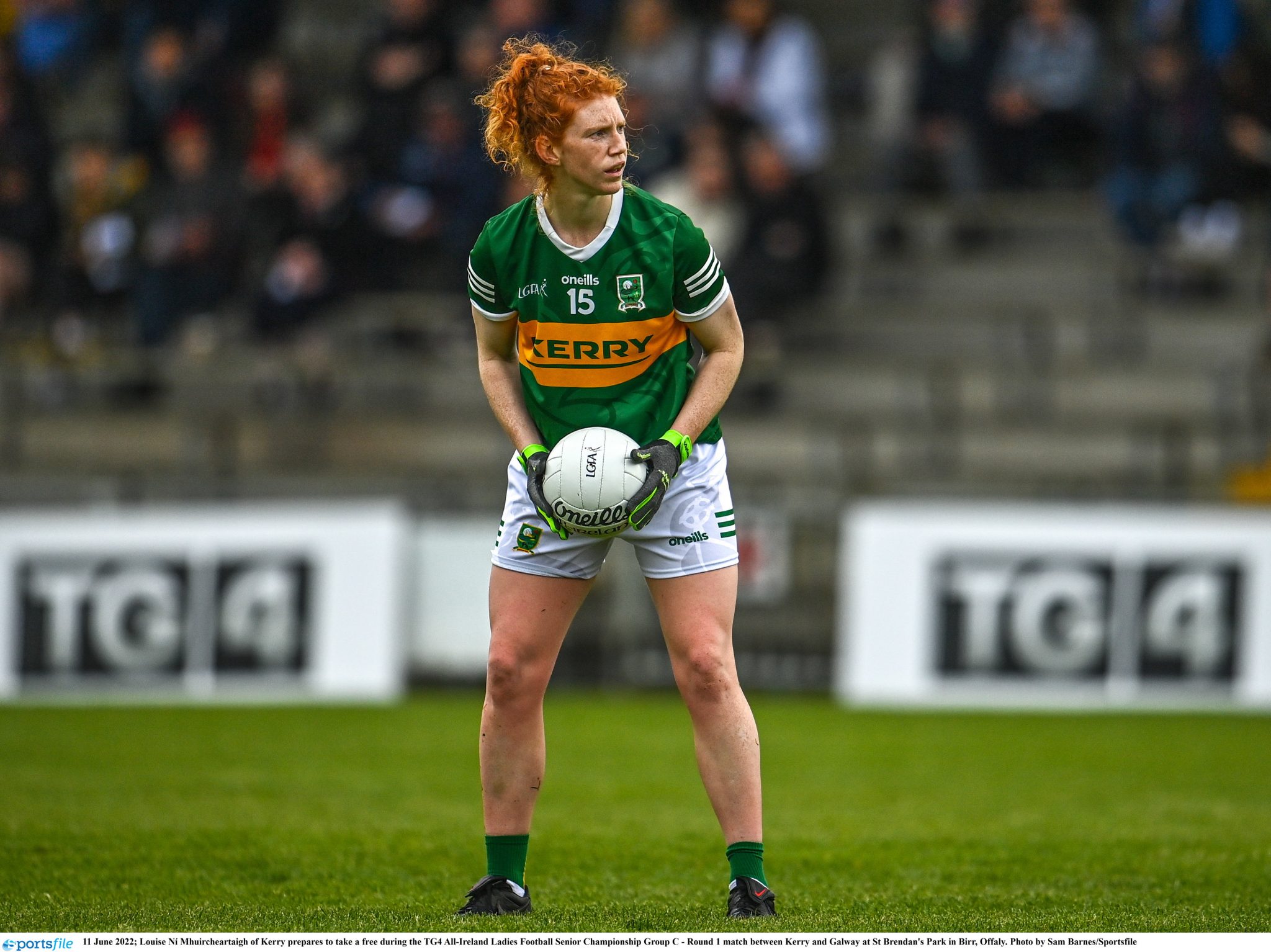 The green and red will feel they didn’t do themselves justice at Croke Park against Dublin last year but manager Michael Moyles and his charges have the chance to make amends.

They’ll run into stiff opposition in the form of Kerry, however, as the Kingdom line out in their first semi-final in five years, and with ace forward Louise Ní Mhuircheartaigh in scintillating form.

Ní Mhuircheartaigh will move ahead of Cork’s Doireann O’Sullivan as TG4 Senior Championship top scorer if she registers even a single point today – and coming off the back of 2-6 against Armagh, it’s bound to happen. 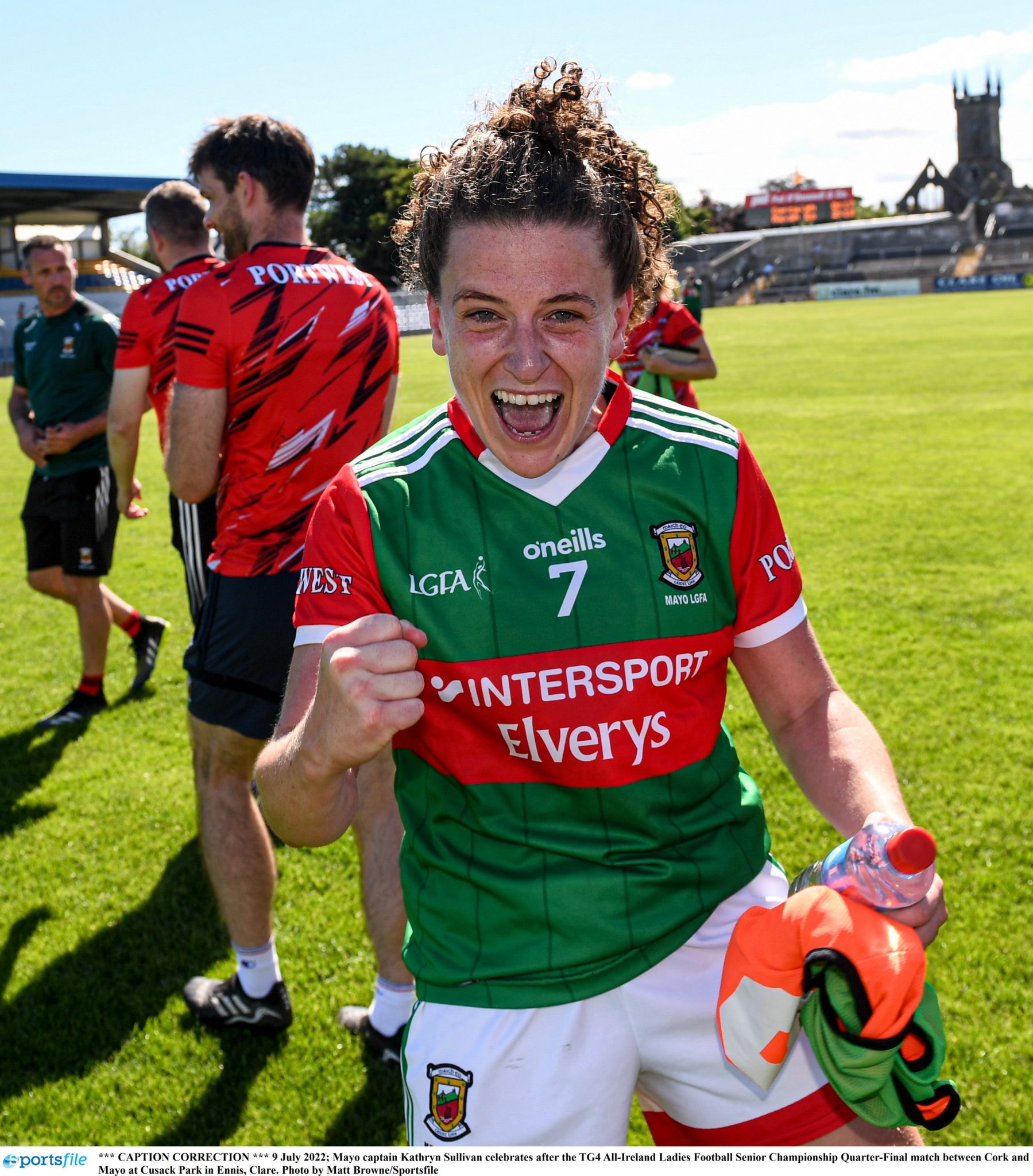 Kerry, one of the game’s true aristocrats, haven’t contested a Senior Final since 2012 but under the shrewd tutelage of joint-managers Declan Quill and Darragh Long, they’ll fancy their chances.

Kerry have already tasted that winning feeling at Croke Park in 2022, as they defeated Armagh in the Lidl NFL Division 2 Final.

It was Armagh that Kerry overcame again last weekend to reach Croke Park, this time in the All-Ireland series, as Mayo stunned Cork in their quarter-final. 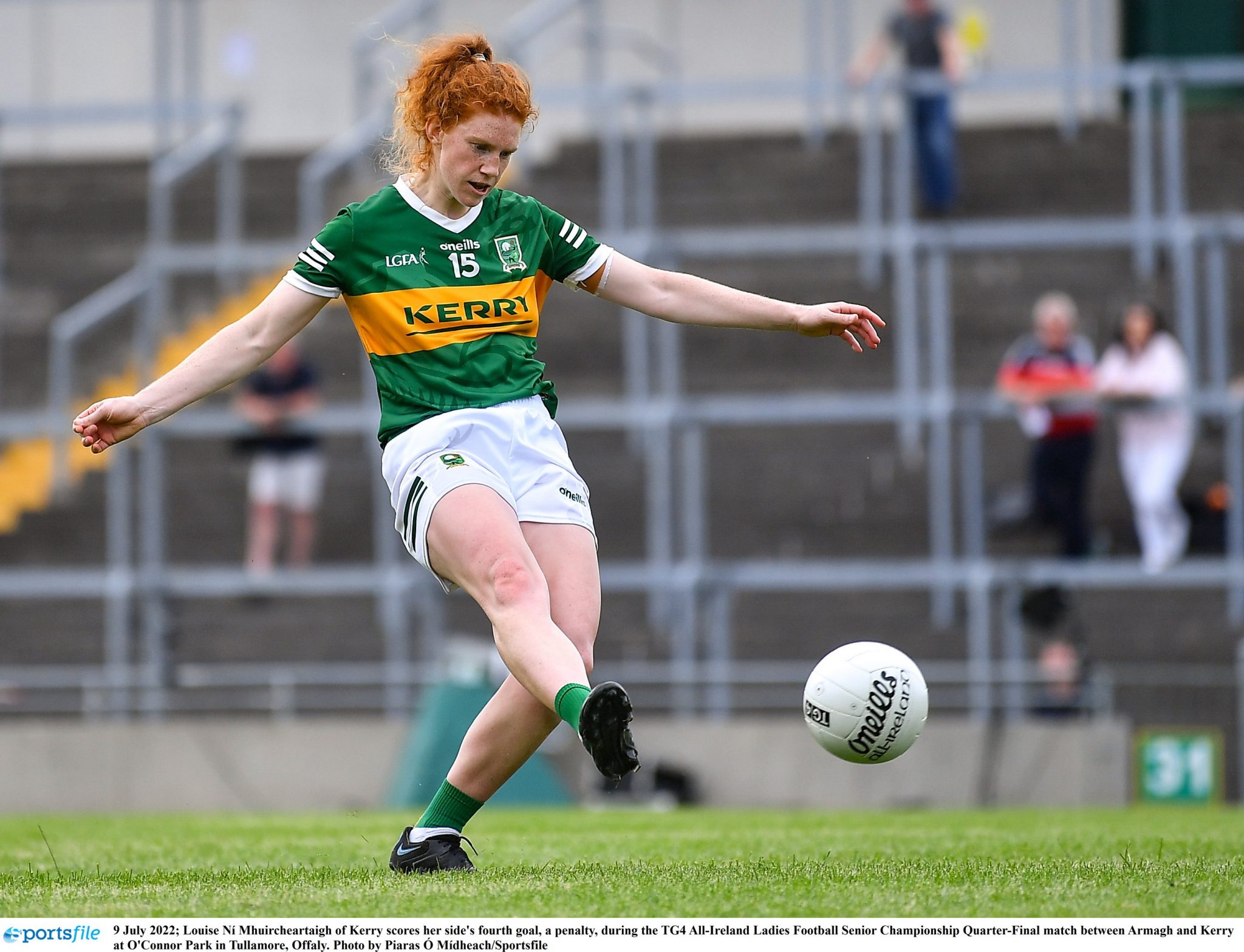 Mayo may have lost some big names to the AFLW but they’re galvanised under Moyles and this is a side still packed with big-game experience.

Fiona McHale has been excellent this season, skipper Kathryn Sullivan is a born leader and the Cafferky sisters, Lisa and Sinead, have been influential too.

DONEGAL boss Maxi Curran has made three changes in personnel as the county goes in search of a very first TG4 All-Ireland Senior Final appearance.

Following last Saturday’s stunning victory over Dublin, Curran has called in Niamh Carr, Susanne White and Karen Guthrie for starts, with Emer Gallagher, who made her 100th county appearance against the Dubs, Tara Hegarty and Róisín Rodgers dropping to the bench.

Meath are the reigning champions and they’ll face a Donegal side appearing in just a second Senior semi-final – and their first since 2018. 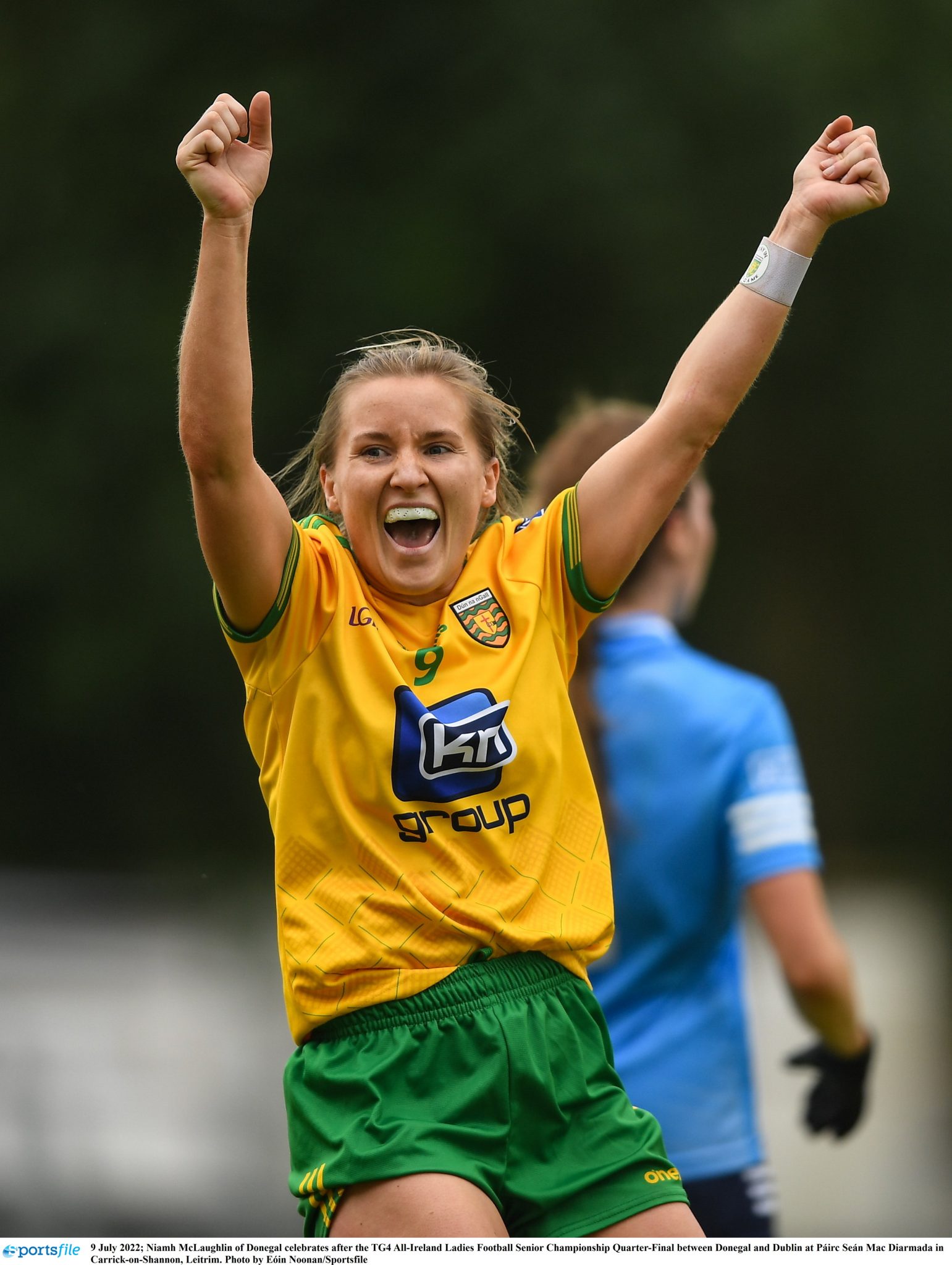 Opportunity knocks for both counties, with a return date at Croke Park on July 31 just an hour away, but this one could go either way.

Just two points separated the sides when they clashed at GAA HQ in the Lidl National League Division 1 Final.

Since then, both sides lost their provincials Finals, Donegal to Armagh in Ulster, while Meath fell to Dublin in the Leinster decider.

But they’ve advanced to the last four of the All-Ireland series, and on the back of gritty quarter-final displays. 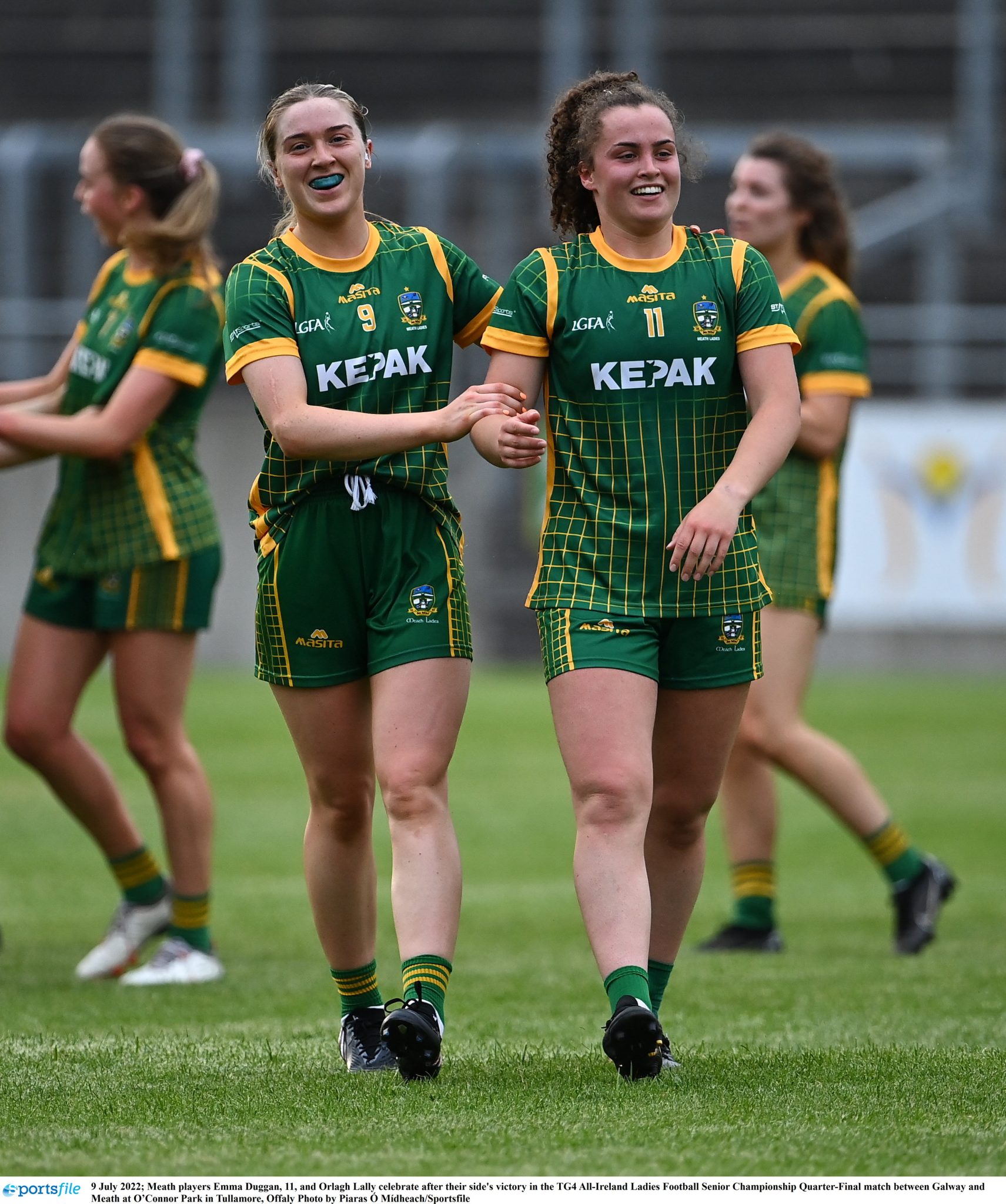 As Donegal were picking their way past Dublin, Emma Duggan’s wonder score at the death sent Meath through in Tullamore at Galway’s expense.

The Royals are a battle-hardened outfit and won’t want to give up their hold on the trophy.

Manager Eamonn Murray has plumped for an unchanged starting line-up.


popular
Erling Haaland registers strange statistic on home debut as Mark Travers keeps the City score down
"He can add something to our attacking line up" - Jamie Clarke signs for Northern Irish soccer club
Barcelona allowed to register four new signings, but Jules Kounde misses out
Erik ten Hag’s Man United demands show why he should reject their offer
Luke Chadwick recalls furious Alex Ferguson reaction when he rejected loan move
Ranking the best county GAA songs of all-time (32-1)
"It was unfair on the Galway backs” - Tomás Ó Sé admits that Kerry benefitted from unfair rule
You may also like
5 days ago
Referee mic was trialled during hurling final and proves why it should be introduced permanently
5 days ago
Colm O'Rourke belives that Shane Walsh should at least wait a year before making club transfer
1 week ago
Antrim star saves someones life in the morning and then scores 1-15 for his club in the evening
1 week ago
"I just can’t agree with it" - Darran O'Sullivan critical of Shane Walsh's transfer to Kilmacud Crokes
1 week ago
Mayo star scores an outrageous total of 1-17 in Chicago championship game
1 week ago
The GAA hasn't gone away you know - Some great games on TV this weekend
Next Page