It's hardly any wonder that, when everything was up in the air, Eoin Doyle was the man to calm things down in Naas.

It was eight weeks ago, on the back of a dispute in the build-up to the county semi-final, when Paul Kelly left his job and left the Naas senior footballers without a manager. Things had been moving along nicely then until suddenly, the biggest game of the year was on the horizon and there was no manager on the line.

Back then, especially when you consider the struggles they've had in recent years, you'd have thought that Naas were on a hiding to nothing and that, apart from a few headlines they didn't want, this was going to be another humdrum season without a smell of a trophy. 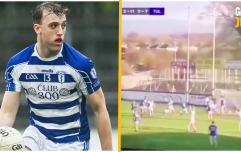 END_OF_DOCUMENT_TOKEN_TO_BE_REPLACED

That's how a lot of people saw it but along with men like Eamonn Callaghan, like Cormac Kirwan and a few other Naas stalwarts, Eoin Doyle had other ideas. It's in the worst of times when leaders emerge and as well as having the desire to turn this thing around, more important than that, Doyle also had the ability.

With little or no time to work with, he took over as player/manager and as Eamonn Callaghan has explained many times in the last few weeks, he absolutely immersed himself in the task.

"Eoin has put a huge amount of time into it away from the football pitch to prepare us as professionally as we ever have been," Callaghan said to us during the week.

"He’s just an unbelievable character. He has great respect amongst the players and while I’m sure it’s taken a lot out of him, he certainly hasn’t shown it on the pitch."

And so from cloud-cuckoo-land to a Leinster final, over the next eight weeks Naas enjoyed one of their most memorable periods ever. Under Doyle's guidance, they won their first county title in 31 years and they had the whole country following them as, from a sticky situation to a special journey, they just kept on winning.

As player-manager, he's inspired his club @NaasGAA to their first county title in 31 years. They've followed it up with a run in Leinster, which has brought them through to a semi-final on Sunday week. pic.twitter.com/1nEGbmCpYf

That run ended on Saturday night in Croke Park when they were out-classed by Kilmacud Crokes but all involved can be proud of the year they've put in, none-more-so than Doyle himself. 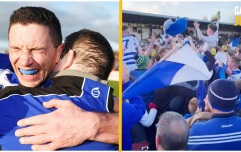 END_OF_DOCUMENT_TOKEN_TO_BE_REPLACED

"We leave here with no excuses," the player-manager said afterwards in an endearing interview with RTÉ's Marie Crowe.

"Crokes were the better team on the day, particularly in that second half. We gave it everything, prepared as best as we could but there's no excuses.

Doyle is 30 years of age, he's a Kildare captain and as he congratulated Kilmacud Crokes, as he wishes his club's hurlers the best of luck next weekend, it was very easy to see how he managed to turn this situation around for Naas.

"Those supporters have been behind us all year too. I just hope we have the same level of a crowd behind our hurlers next weekend in St Conleth's Park too and hopefully they can get their provincial title, for Brian and for James that were playing today, and for the whole club too. Hopefully they can go one better and they can win that one, please God." 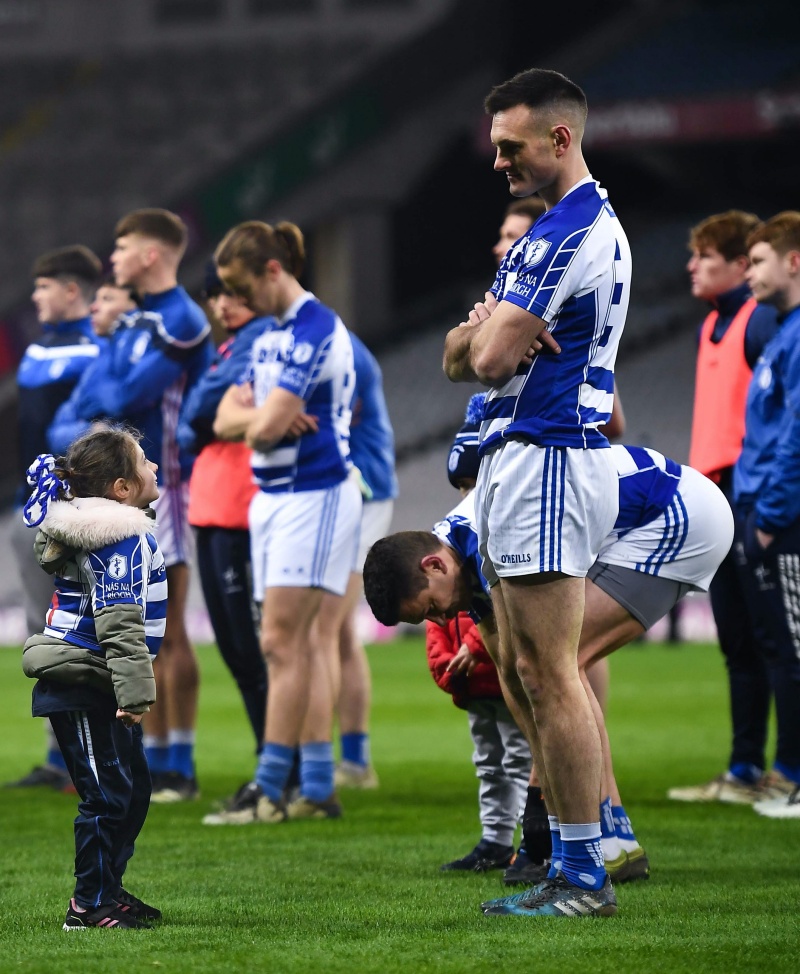 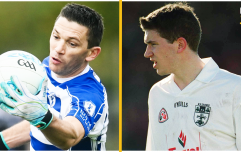 "He'd have a cool head, he'd read the situation and he'd have huge respect in the dressing room" - Callaghan still the man for Naas

END_OF_DOCUMENT_TOKEN_TO_BE_REPLACED

"We knew Kilmacud would bring that bit of experience and that's what they did. They shored it up particularly in that second half and that's what experience does. Well done to them and I wish them the best of luck in everything they do going forward.

"We were missing a few lads but so were they, Paul Mannion wasn't playing as well, so I'm sure they'd have loved to have had him and that's just sport."

At the end of a remarkable journey Doyle spoke from the heart. That's what he's done all year.


popular
Andy Moran reveals which former Mayo teammate was the ultimate team player
Paul Galvin is not one bit impressed with the new Kerry jersey
"It’s hard not to respect Johnny, even if you don’t like him!" - Dan Biggar
QUIZ: Which is the correct GAA crest?
QUIZ: Name the 25 clubs relegated from the Premier League more than once
Craig Dias on club All-Ireland run, winning Leinster, and making his second debut for Dublin a decade after his first
Kieran Trippier pinpoints Daniel Levy's biggest transfer mistake
You may also like
3 months ago
Player manager takes over Naas just days before county senior semi-final
4 months ago
The scenes in Newbridge as the biggest hit and hope ever knocks Moorefield out
5 months ago
Mayo will never have a better chance to put Dublin hoodoo to bed
6 months ago
After seven years in charge, Armagh have a big decision to make on Kieran McGeeney
6 months ago
St Conleth's Park erupts as Kildare U20 goes wild in injury time to stun Wexford
7 months ago
Kildare club players have to pay on the gate to play League games
Next Page