Hand on heart, Davy Fitzgerald doesn't know any other way.

Say whatever you like about the Clare-man but dishonesty is one thing you couldn't accuse him of. Good days and bad, Fitzgerald wears his heart on his sleeve and the same goes, it's fairly clear, for his loyal lieutenant Lee Chin.

Davy didn't spare his Wexford players as he ran the rule over their dispiriting 13 point loss to Galway in Saturday's Leinster semi-final, referring to their showing as 'horrendous.' "I'm not involved in f****** hurling to go out there and put up the white flag," he continued in his post-match debrief.

From the outside looking in, some viewed Davy's public show of displeasure as quite harsh on his Wexford players, but centre forward Chin says his manager was 'on the money,' at the launch of Now TV's hurl vs hurley campaign. Out there in the same position, any Wexford player would have said the same things according to Chin.

"Look, Davy was pretty accurate after the game. He did mention that he was speaking on behalf of us all which I thought was fairly correct. Obviously it was very disappointing for myself, for us. We're all hurting. It wasn't something we anticipated or expected. Just very disappointing. I'm well aware of the words that he expressed after the game and I do think that he was on the money." 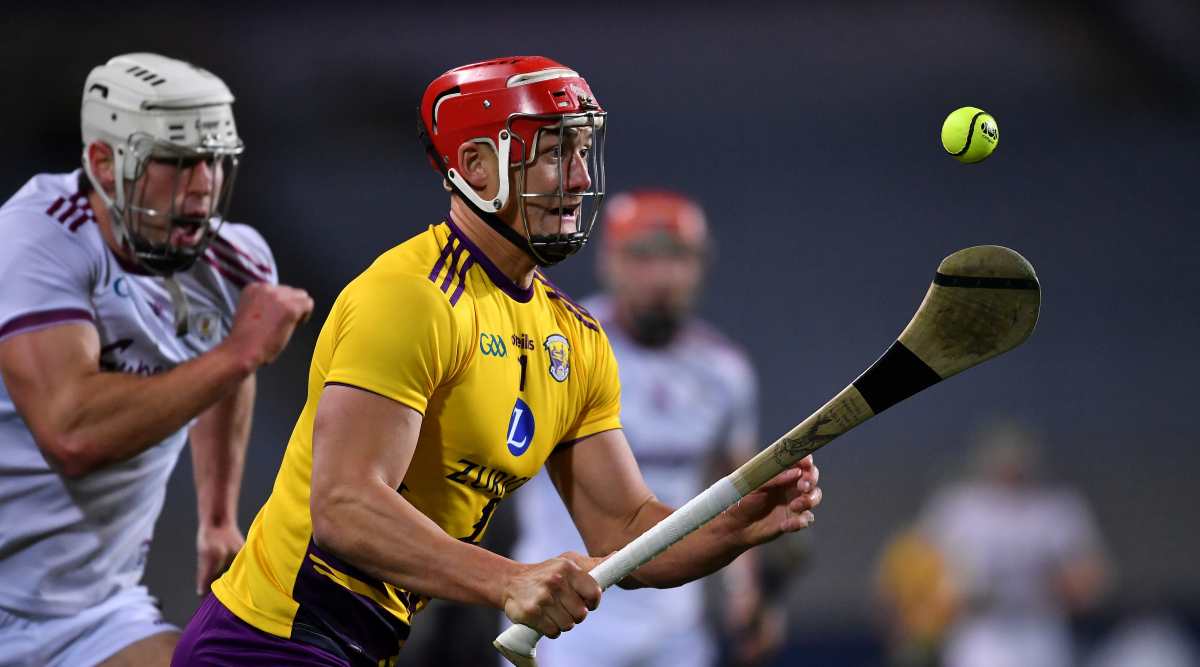 "Me personally, what he said, I knew that I was feeling very similar. I was embarrassed after the game. we hold ourselves to a higher standard. We didn't expect that to happen. We wanted to go out and perform. We let ourselves down, we let the Wexford people down."

In the Wexford changing room, the dressing down was just as colourful. If not more so. Chin welcomed the honesty with his attitude being that if you can't be honest with each other as a team, what can you be?

"He was, yeah. Of course. And more. He was very passionate when he came into us and addressed us. As players, we were hurting and when he expressed how he felt he put a lot of things into perspective as well and sometimes you need it. He's a great man to put things into perspective, he showed his passion and we just feel we let him down also. He has given a lot to us over the last number of years and we owe him more than that. As I said, we'll be doing everything we can to put it right the next day.

"It's hard to put into a reason how and why the game went that way. A lot of individuals just didn't perform well. When we had the ball in possession, we didn't do what we are capable of doing with it, we didn't move the ball through the lines. We obviously have our style of play and I don't think we got it right on the day. 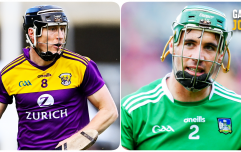 No manager can change the fact that players want games

END_OF_DOCUMENT_TOKEN_TO_BE_REPLACED

"Look, you're playing against top opposition. Galway, in a lot of areas they are strong in, I think they dominated the game, particularly after 20 minutes. in the air, in the rucks, 50-50 balls, they were on the breaks quicker. Then they had a couple of guys on the day who were on fire."

"It's something we'll look to put right the next day."

Fitzgerald is wounded, Wexford are wounded and that next day, you feel, will see a very different Wexford performance. 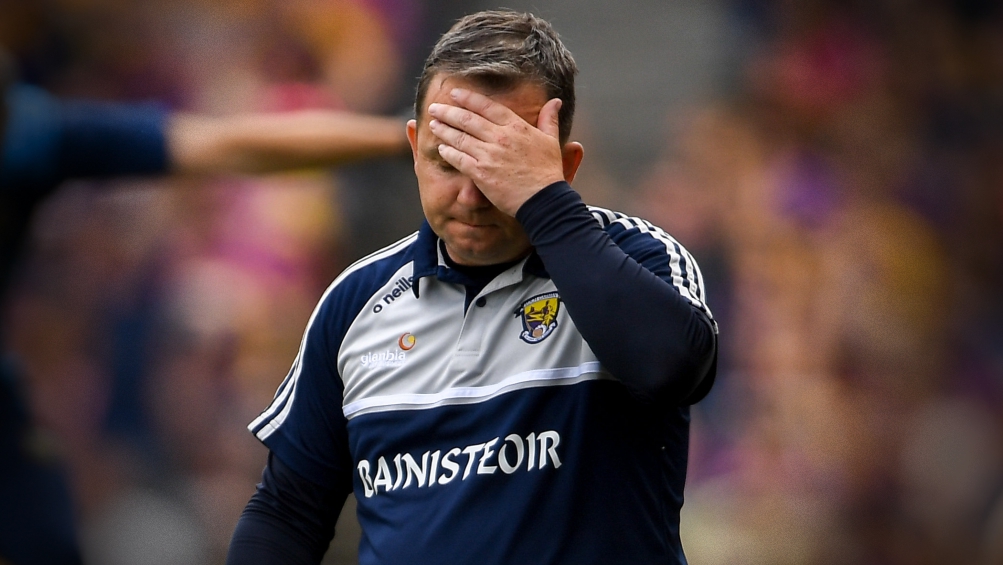 "I think Davy has done wonders with us since he came to Wexford," added Chin. He has been so committed to us and the direction Wexford hurling has taken since Davy's arrival is something that will go down in history, I think, for us in Wexford anyhow. He's pretty much changed the culture in Wexford hurling and it's something we're proud of. We're not thinking of what Davy's next step is or what the next project is for us or him; it's just about putting in a performance the next day. Look it, we have one more chance and that's the way we're looking at it. We're looking at ourselves the next day in terms of the way we conduct ourselves and our attitude on the day."

Chin for his part, calls his weapon of choice a hurl. He's on the money with that one, too. 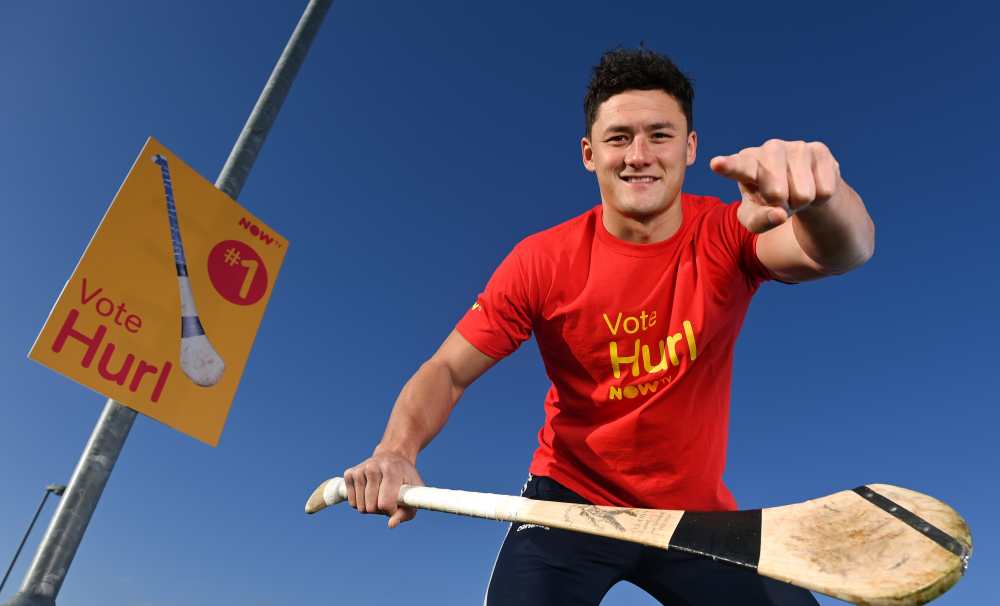 Wexford hurler Lee Chin, pictured, and Tipperary hurler Seamus Callanan hit the campaign trail as they kicked off NOW TV’s Hurl v Hurley campaign which will see the nation vote on what is the definitive term for a hurler’s most prized possession! The two All-Stars will spend the next week canvassing the Irish public to decide what it is we should call a camán with Lee backing Hurl and Séamus putting his support behind Hurley. The result of the poll will be revealed to the public on November 12th. To have your say visit HurlvHurley.com where you can cast your vote right now! Pictured is Wexford hurler Lee Chin at Faythe Harriers GAA Club in Wexford. Photo by Ramsey Cardy/Sportsfile


popular
Peter Queally vaults into Bellator title picture with stunning win over Pitbull
Gatland comments give insight as to why CJ Stander missed Lions call
The Garry Ringrose narrative around the Lions Tour is complete bull
The SportsJOE 12 o'clock quiz | Day 347
Lions XV that should start the First Test against South Africa
Courtney Lawes and Jack Conan were the Lions 36th and 37th men
Offaly star Mairéad Daly's remarkable comeback from double ACL injuries
You may also like
6 days ago
Even Dunne broke down after Griffin's team talk from the soul
1 week ago
Colm Parkinson will never forget Liam Griffin's speech to the Laois footballers in the 90s
3 months ago
"I’d have massive respect for him as a person, but I was very disappointed in that"
6 months ago
No messing, no moaning... Conor Whelan just shuts up and plays
6 months ago
"It's now that these fixtures need to be sorted and amended" - Jacob advises associations to plan ahead
7 months ago
A summer of golf and getting fit, but Davy Fitz is delighted to be back hurling
Next Page