Headlines were made earlier this year.

Two Dublin lady footballers appeared alongside their partners and male counterparts on the Ray D'Arcy show to talk about their All-Ireland success.

Niamh McEvoy was on the show with Fiona Hudson along with Dean Rock and Paul Flynn to talk about a hectic couple of weeks after winning the All-Ireland and one topic of conversation was a team holiday.

It is understood that Croke Park provide a grant to All-Ireland winners to travel on a team holiday but the LGFA does not have the same resources.

As Hudson said on the show:

"We're hoping to go away - we're starting with a bit of fundraising now. I suppose it doesn't come with the package like it does with the guys,"

"We have never been on a team holiday as a group so we're going to look into doing a bit of fundraising and hopefully we'll get some support."

END_OF_DOCUMENT_TOKEN_TO_BE_REPLACED

It all seems a bit unfair, as Flynn said on the night the ladies team put in the same commitment levels as the lads yet they don't reap the same rewards and money seems like the biggest difference.

One member of the All-Ireland winning team, Lyndsey Davey, spoke about the team holiday and gave her take on the situation:

"It got a lot of attention and probably a lot of people thought it was a bit of injustice to us saying ‘Why aren’t you getting the same as the men?’

"Look, at the end of the day we’re separate organisations, they get a lot more attendances throughout the year so they have a bigger fund to put back into the players," Davey said.

But it wasn't all doom and gloom, there have been massive strides in ladies football over the last few years and that culminated at the 2017 All-Ireland final where there was a record crowd of 46, 286, almost 12,000 higher than the year previous.

"I think we’re going from strength to strength, in the space of a couple of years look at the figures in the All-Ireland final and how massive they’ve jumped," Davey continued.

"Hopefully, we can just build on that and keep progressing in the sport."

There have always been murmurs that the LGFA would merge with the GAA and become one but Davey doesn't take too much notice of it all:

"To be honest, as a player we just focus on playing. We don’t get really involved on that side of things, we’re out there to do a job and play and represent our county and do the best job we can.

"I know there have been talks about that, maybe it’s something that will happen down the line. It’s one of those things you have to way up the pros and cons, I’m not sure of the implications it would have for both associations if it was to happen.

"We played Mayo in a league match this year in Croke Park, if you got more like that more doubleheaders I think it would do no harm to the sport, it will only increase the awareness of it." 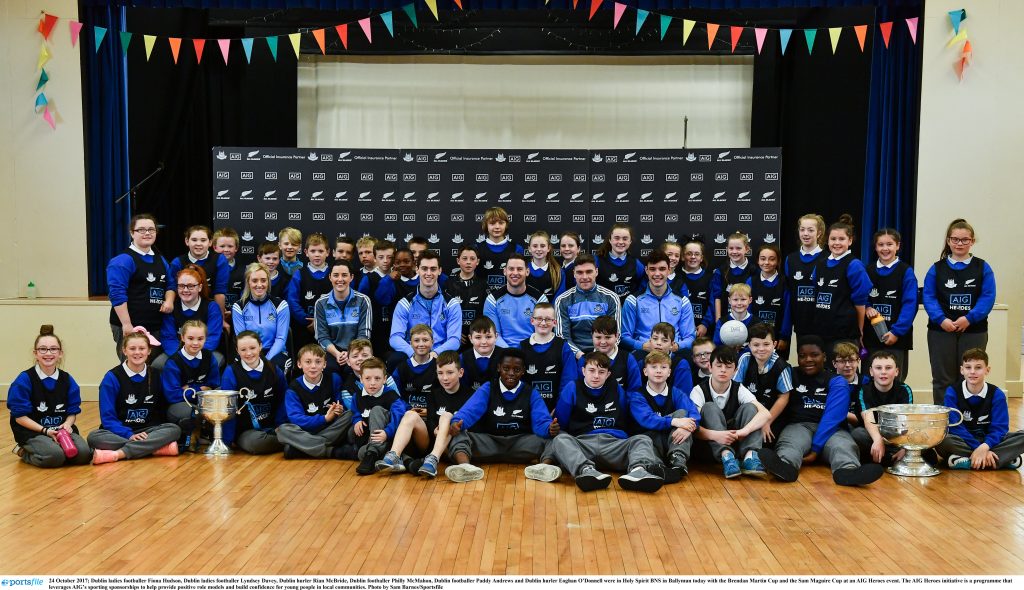 
popular
The four stone-cold certainties for All-Stars even as early as this
"He's actually smiling putting the ball over the bar. He should nearly be fainting." - Ryall on Limerick's legacy
Eamon McGee just couldn't help himself with Armagh-melee tweet
"The economy was one of the big reasons" - Cadogan's move from an electrician to personal training
Gavin Coombes one of four Irish players to push themselves into Test picture
Kylian Mbappe reportedly wants PSG to sell Neymar
Full Ireland player ratings after Maori All Blacks teach us an early lesson
You may also like
3 weeks ago
The GAA community comes together in support of Sean Drummond
1 month ago
Just because they signed an autograph doesn't mean they're not hurting inside
1 month ago
Kilkenny, Dublin and Wexford could all still end up going out of the championship next Saturday
1 month ago
Familiar feeling for the Dubs as Kilkenny rack up a cricket score
1 month ago
"I realise on the far side that all of that stuff is not what it's cracked up to be." - 2011 reunion allows O'Sullivan to take it all in
1 month ago
"Jesus, no, if he finds out, he'll think I'm going soft now." - the social life of inter-county GAA players
Next Page