We've seen something similar before on Stephen Cluxton all this time but the 14 outfielders of the capital strutted into Breffni Park in Cavan looking dashing if nothing else.

The All-Ireland champions wore an alternative geansaí for the league opener whilst Cavan too donned a white strip but, if there were medals to be handed out for the nicest... Christ, it's a nice kit, okay?

The Dubs have always been big hitters in our inter-county jersey rankings - controversially so in some people's eyes, but there's no denying that their knitwear is classy.

They kit out in it even better. 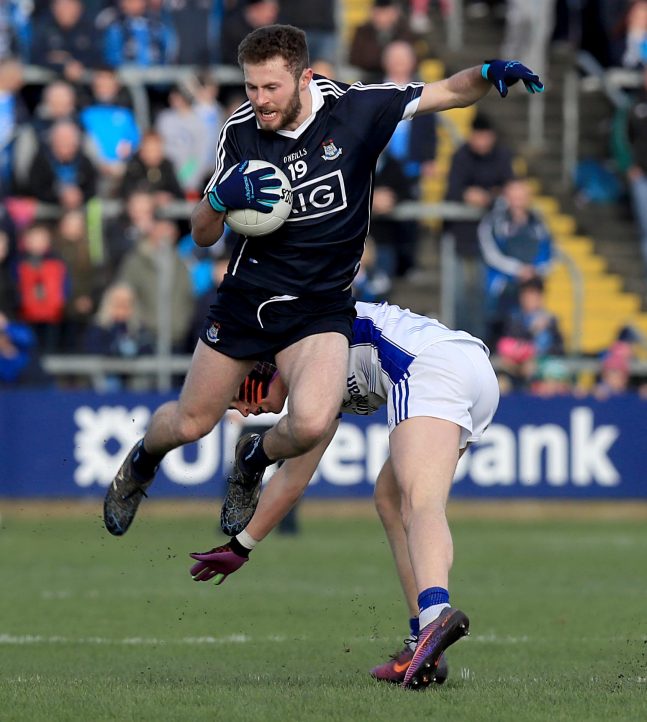 And the latest outfit won the hearts of the GAA public far and wide. Hey, who doesn't love a good jersey?

The 'away' Dublin jersey is beautiful! If the big white box wasn't around the AIG though it would be even nicer! 10/10 tho, would wear lol

I really want one of those Dublin jerseys

Keep up to date on all the jerseys - and the scores - with out live blog.

Gary Brennan's second match in as many days in two different codes really sums up the man that he is https://t.co/Ge3aXIpWzd


popular
Rangers legend says he and Roy Keane didn't speak during Man United spell
Man jailed for headbutting Sheffield United captain Billy Sharp
The coolest customer in hand-ball hoping to carry on the family tradition for Kilkenny
Chris Sutton praises and throws subtle dig at Rangers after Europa League final loss
"Certainly not a position that I'd like to be in" - Rory McIlroy on Greg Norman controversy
Rhodri Giggs accuses Gary Neville of hypocrisy over Salford sacking
FootballJOE's Career Path Quiz: #6
You may also like
1 week ago
"I realise on the far side that all of that stuff is not what it's cracked up to be." - 2011 reunion allows O'Sullivan to take it all in
1 week ago
"Jesus, no, if he finds out, he'll think I'm going soft now." - the social life of inter-county GAA players
1 week ago
Buff Egan calls it as Laois skin the Cats in O'Moore Park
2 weeks ago
From a hurler to a super-sub to a starter who's determined to keep his place
2 weeks ago
"It's important to me to get our second team a bit closer to the first team" - Brogan does it for the club
1 month ago
"The players coming through aren’t of the same calibre.” - Christie on Dublin's eventual demise
Next Page