Davy Byrne started off his evening by getting the better of David Clifford. It did not last long.

All eyes have been on David Clifford since his first moments in the Kerry minor team. Having just turned 21 on Wednesday, Clifford captained Kerry for the first time against none other than All-Ireland champions Dublin.

The Allianz Leagues fixture list threw up Dublin against Kerry for the opening round in Division 1 and Croke Park was happy to play host.

The Kerry defence lead five points in the opening 13 minutes with Kerry managing a sole score in return. Clifford's first effort to get a score on the board for The Kingdom was scuppered by a superb Davy Byrne block.

James O'Donoghue registered his first point of the night, moments after, and Clifford soon had both sides level. Kerry's talisman rushed away from the Dublin goal and spun as he received a pass into his chest. Byrne tried his best to put Clifford off with a shoulder barge but it had no effect. 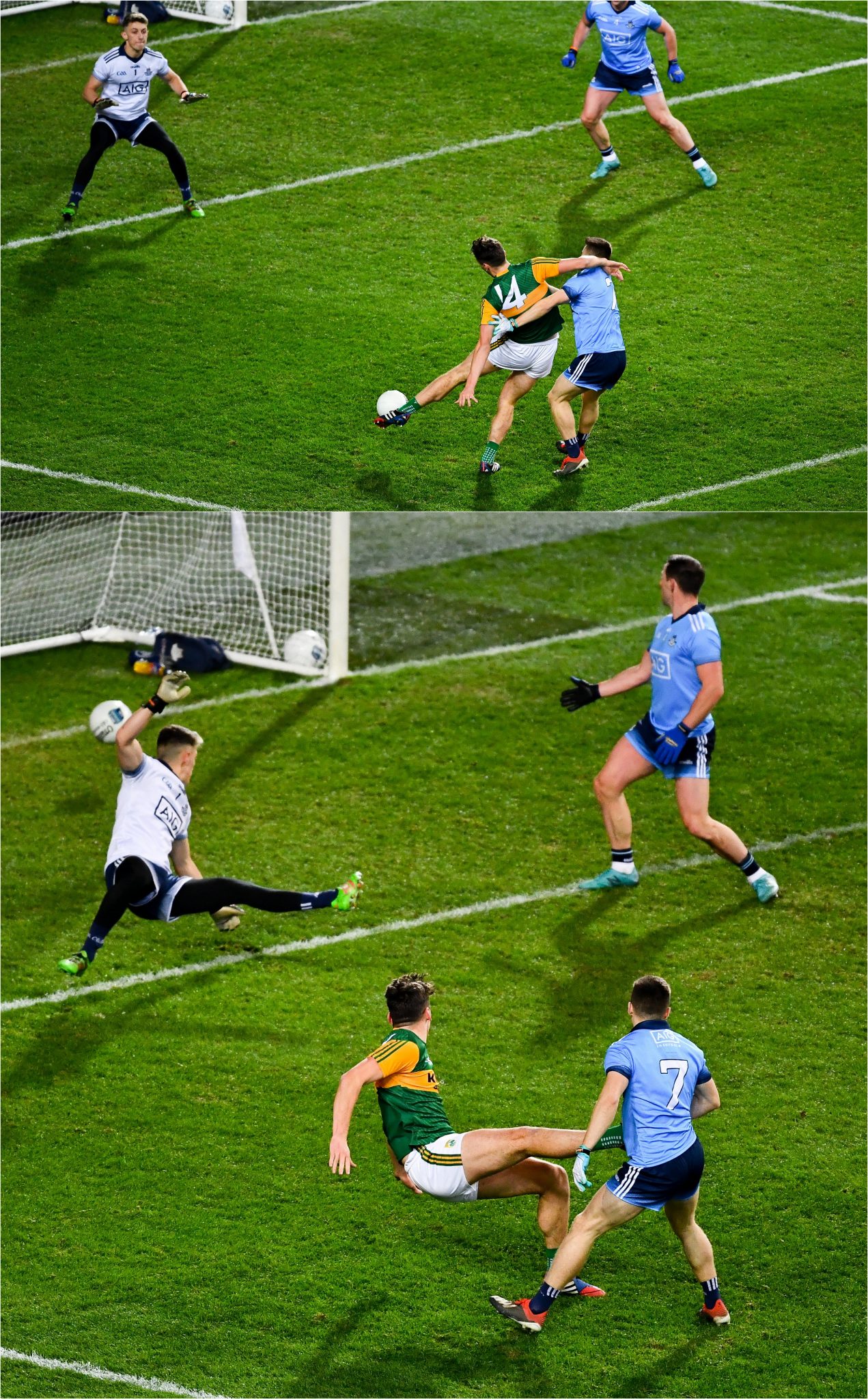 With Byrne flailing and left behind, Eoin Murchan heaved over to intervene but not before the Kerry captain cooly slotted past Evan Comerford. It was a score that had the Kerry contingent at GAA HQ on their feet, and rightly so.

END_OF_DOCUMENT_TOKEN_TO_BE_REPLACED

Brian Fenton registered three superb scores to put Dublin back in front but Kerry had their tails up after that Clifford goal and further points from O'Donoghue and Sean O'Shea nudged The Kingdom ahead.

That was until Dean Rock punished the Kerry defence with a well-taken penalty but, down the other end, Byrne was starting to struggle with Clifford. The Fossa clubman shaped to shoot with his right and cut back inside with an extravagant bounce before curling over a left-footed point. He made it 1-2 for his opening 35 minutes with a free from close range.

Fenton, meanwhile, went 0-4 from his four attempts at the Kerry uprights and every one of them was a joy to behold.

Fascinating stuff as the two best attacks in the country go hell for leather and light it up at Croker.


popular
The SportsJOE 12 o'clock quiz | Day 292
Conor McGregor wants immediate Dustin Poirier rematch, for UFC title
Looks like Rojo and Lingard are finally on the way out of Old Trafford
"It’s an easier life in goal, you’re not waiting for some fella to give you a box in the jaw"
Two uncapped players and some shock omissions as Ireland name Six Nations squad
Liverpool UFC star would fight black belt Manchester United striker Zlatan Ibrahimovic
Roy Keane story shows the power he had at Manchester United
You may also like
1 month ago
GAA JOE All-Star Gaelic football team
1 month ago
"Cillian O'Connor, amazingly, didn't even flinch at what was said by Philly"
1 month ago
"Outstanding refereeing" - courageous ref praised after under-20 final
1 month ago
Mutual respect between Fitzsimons and Keegan a stirring sight
1 month ago
Dublin and Mayo players clash in tunnel at half time
1 month ago
6-in-a-row for Dublin as they beat Mayo again
Next Page