As All-Ireland successes go, few have been as hard-earned and deserved as Galway's.

315 days. That's how long the 2020 All-Ireland U20 football championship endured and after all that time, all the mental and physical hardships along the way, all the shit that this year has brought, the Tribesmen have clinched one of the sweetest glories of all.

Mayo, Leitrim, Roscommon, Kerry and now Dublin stood in front of Galway and, one by one, tackle by tackle and score by score, this Galway team had the talent, the coaching and the heart to see them all off.

And seeing off the Dubs in the decider was a fitting end for a team who started training 14 months ago, especially considering the threat of Dublin was as ominous as you'd expect it to be.

The capital city outfit ran through the Leinster championship with 10 points, 9 points, 13 points and 10 points to spare in each of their clashes but perhaps Galway knew something special was brewing out west after their 20-point dismantling of Roscommon in the Connacht final set them up for a rattle at the Kingdom.

"I didn't get a chance to write a speech, I was doing college assignments all week!

A very special and very memorable All-Ireland acceptance speech from @Galway_GAA captain and man of the match, Jack Glynn pic.twitter.com/clRHUaInJe

And it all could've been so different if they didn't see off Mayo on penalties all the way back in February in the Connacht quarter-finals.

Matthew Tierney held his nerve that day from the spot and it's almost as if it was written in the stars because Matthew Tierney was born to play in Croke Park and he duly lit the place up with his mesmerising runs and his trusty left peg. 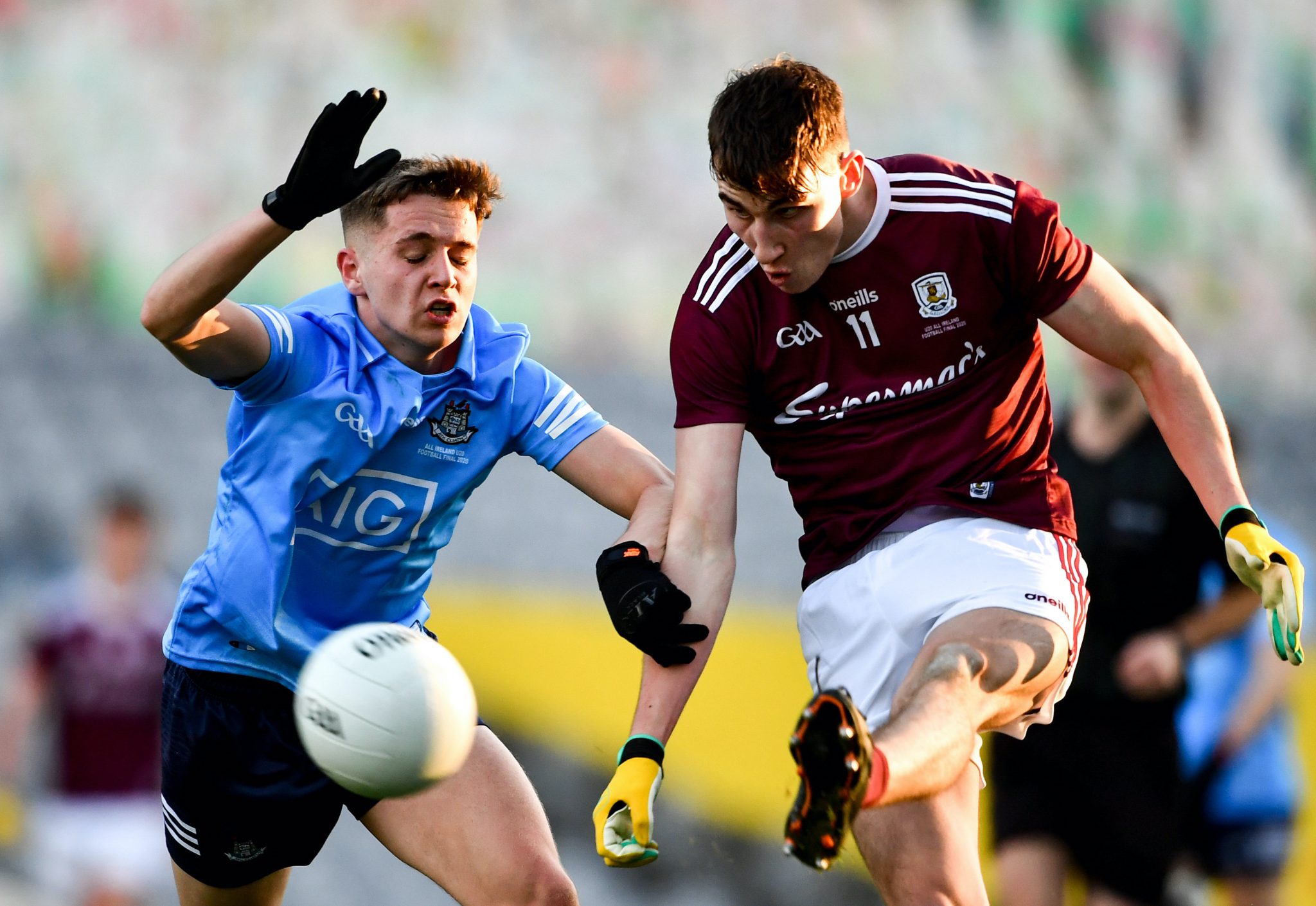 A spectacular 1-6 tally from the boot of Tomo Culhane did most of the damage for the westerners who went six ahead with 23 minutes left but had to keep Dublin at a finger's length as the minimum separated the sides in the end.

Matthew Tierney is having the time of his life in Croke Park!

Blazes a trail over the turf to set up Tomo Culhane ⚡pic.twitter.com/lak1DzKmTh

And whilst Tierney and Culhane did the damage at one end, it was the performance of Jack Glynn in the full back line for Galway that really made the difference.

Glynn put in a man of the match display as he went toe to toe in a rip-roaring battle with Ciaran Archer, who basically made himself a household name after starring throughout the 2019 championship.

But Glynn made himself Archer's shadow on Saturday afternoon and his strength and pace across the ground, his discipline and his brain made him a match for Archer in a duel that Galway simply needed to at least break even in if they had a chance of winning this.

And 315 days after they started, after they were dragged into a penalty shootout in Castlebar, it was Glynn who made his way to the Hogan Stand steps and it was Galway who reigned supreme.


popular
"Of the 37, Bundee Aki would be my 37th most expected selection and my worst rated"
Peter Queally vaults into Bellator title picture with stunning win over Pitbull
Gatland comments give insight as to why CJ Stander missed Lions call
The Garry Ringrose narrative around the Lions Tour is complete bull
The SportsJOE 12 o'clock quiz | Day 347
Offaly star Mairéad Daly's remarkable comeback from double ACL injuries
South African media shocked by Lions omissions of Sexton and Ryan

You may also like
2 months ago
Gaule honoured as camogie player of the year for a second time
3 months ago
"I did for one second think of flinging the boot at him" - Maher's journey an inspirational thing
3 months ago
Limerick dominate All Star nominations with fair Hurler of the Year spread
4 months ago
"Outstanding refereeing" - courageous ref praised after under-20 final
4 months ago
You may write the weekend off with no fewer than 11 GAA games LIVE on TV
5 months ago
"There's no nonsense with this team, they're just going out there and playing the game"
Next Page