As you would expect, Limerick lead the way with 12 of their players earning All-Star nominations for 2022.

Graeme Mulcahy, Dan Morrissey and Darragh O'Donovan are the three starters who haven't been nominated for the Treaty, with John Kiely's side looking unlikely to match their record-breaking haul of 12 award winners from 2021.

Kilkenny are next best, with eight Cats earning nominations though, all things considered, you'd have to say that their flying wing back Mikey Carey is unlucky not to make it onto the 45 man short-list. Both Paddy Deegan and Daithí Burke are rather fortunate to be in ahead of him.

END_OF_DOCUMENT_TOKEN_TO_BE_REPLACED

Another notable absentee is Galway newcomer Darren Morrissey, though it has to be said that the defensive positions are extremely competitive this year. It's very hard to know who to take out.

Meanwhile, it's a proud day for Raharney and Westmeath as the free-scoring Killian Doyle becomes their first All-Star nominee since 1986 - that was the year David Kilcoyne became the Lake County's first and only hurling All-Star. Doyle is unlikely to win an award, and it's possible that he's had better years from open play, though it's nigh time his scoring feats have been recognised.

As for the cream of the crop, it's likely that TJ Reid and Barry Nash will just lose out to Diarmaid Byrnes for Hurler of the Year. Eoin Cody, on the other hand, is chasing history as he looks to win Young Hurler of the Year for a third time. His team-mate Mikey Butler, however, is tipped to displace him. 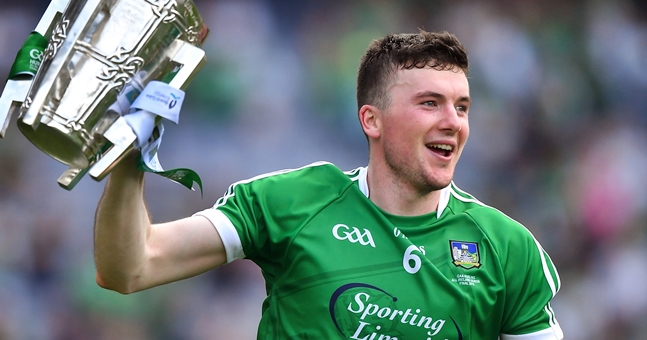 PwC GAA/GPA Hurler of the Year


popular
Talksport presenter puts Martin O'Neill to the pin of his collar over Declan Rice and Jack Grealish
Rory McIlroy explains 'falling out' with Shane Lowry that lasted a few years
Roy Keane scores winning goal past Micah Richards in ITV v BBC pundits match
World Cup Power Rankings: The top 10 players at the tournament ahead of the quarter-finals
Gary Neville sticks up for Ronaldo as contextless pictures and videos taken as gospel
Cristiano Ronaldo's sister blasts Portugal boss' decision to start forward on the bench
Roy Keane reveals what he wrote about England during Senegal game
You may also like
1 month ago
"Watching nights like these, saying 'I want to be up there some night" - Marty draws a good one out of Young Hurler of the Year Butler
1 month ago
GAA JOE 2022 All-Star hurling team
1 month ago
Bray, Walsh and Mackey nominated for the top award in camogie
1 month ago
Shocks in Wexford, Leitrim and Monaghan on blockbuster day of county final action
1 month ago
"I'm a bit battered after it." - Shane Walsh comes through the wars to inspire Kilmacud Crokes
1 month ago
Seven passes, six players... Ballyhale plot their way to as good a team score as you'll ever see
Next Page