Andrew Fryday is the chairman of Clonoulty Rossmore GAA club, he is Dillon Quirke's uncle and on Saturday sport on RTE, he paid an emotional tribute to his late nephew.

Quirke was playing in Clonoulty Rossmore's county championship game against Kilruane MacDonaghs when, at the end of the first half, he collapsed onto the ground.

Efforts were made by the Knights of Malta and by a Kilruane MacDonaghs player to revive the 24-year-old, before he was taken to hospital, but nothing could be done. Quirke is survived by his father Dan, his mother Hazel, sisters Shannon and Kellie - and it was Hazel's brother Andrew who spoke so poignantly about the man that Dillon was, and the loss that he will be. 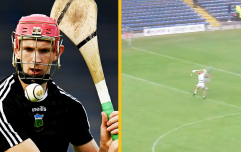 END_OF_DOCUMENT_TOKEN_TO_BE_REPLACED

"We're heartbroken down here in our little community.

"Everything was normal, Dillon was having an outstanding game, one of his best games so far this year at full forward. He was the power of strength in there, had scored a great point and set up a fantastic goal.

"Next thing he just keeled over, and it brought us this sadness and tragedy that we have today. Dillon is also my nephew. My sister is Dillon's mother, as well as being chairman, it's very hard as a family to accept what happened.." 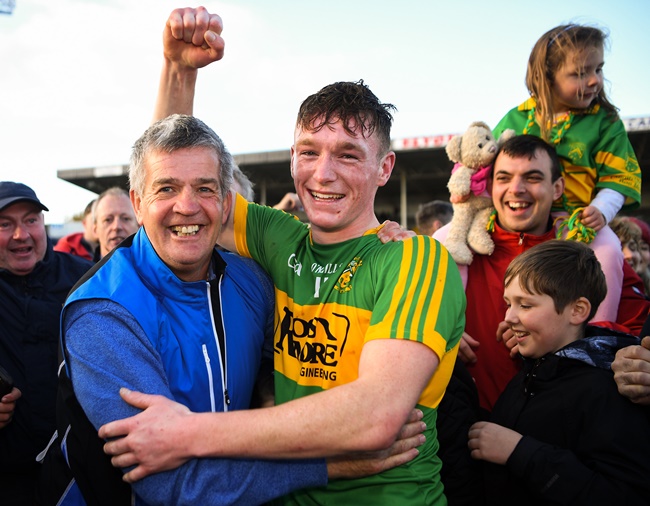 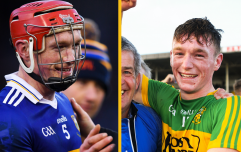 END_OF_DOCUMENT_TOKEN_TO_BE_REPLACED

"He had his mother's charm and father's divilment. He's an awful loss to us as a family and to our local community.

"Dillon's father Dan was an exceptional footballer and an exceptional hurler for Tipperary too. Dillon looked up to Declan (Ryan,) Dan, to all of us in the club, to our hurling days.

"As a young fella, he wanted to hear about our stories and our victories and we told him going back. His day did come too, and he did have them as well, but there was an awful lot more days that he could have had."

Fryday went onto pay tribute to the referee Michael Kennedy, to the Tipperary county board, and to Kilruane MacDonaghs and Tipperary player Craig Morgan in particular, who tried his best to save his close friend. 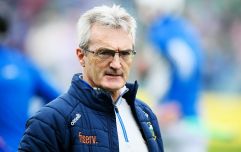 END_OF_DOCUMENT_TOKEN_TO_BE_REPLACED

"I'd like to compliment the referee and the Tipperary county board for what they did when this tragic accident happened in Thurles. When we said we were under pressure, we didn't know how severe this was and there was no problem from the referee Michael Kennedy when we asked for a postponement of the match.

"I'd like to compliment Kilruane MacDonaghs GAA club also. Craig Morgan, one of their players, " Fryday said emotionally, "who would be a close friend of Dillon's, actually knelt down beside him and helped him in his few minutes of need.

"It's tough times, and we find it very hard. Dillon was our man. Every club has a leader and he was our leader. We're devastated, devastated, and I'd like to thank everybody for all their condolences. It's really appreciated. We're just going to take our time now and do what we have to do to say farewell to one of our best men."

The Tipperary GAA community is in mourning following the death of senior hurler Dillon Quirke after he collapsed whilst playing for his club Clonoulty/Rossmore on Friday evening. Our correspondent Marty Morrissey is at Semple Stadium | Read more: https://t.co/QhU9RXUAJw pic.twitter.com/wyVRGEuu4E

Liam Sheedy was also interviewed on the programme, and as a former manager of Quirke's, he paid tribute to his former player.

"It's really hard to process what's happened. He was a great guy around the place. He loved life and he loved hurling. Hurling was his love. He was meticulous about his preparation. During the lock-down, he set up his own gym in his house.

May he Rest in Peace.


popular
"How long does this go on for?" - Damien Delaney challenges Stephen Kenny's record
Roy Keane wasn't having Ronny Johnsen's lovely gesture in Man United legends game at Anfield
James McClean's battle with John McGinn worth the attendance fee alone
Ireland player ratings as Stephen Kenny's team lose 2-1 to Scotland
Liam Brady questions Stephen Kenny's decision to substitute Michael Obafemi in Scotland loss
Paul O'Donovan briefly breaks character in remarkable gold medal interview
"It is hard, especially when you’re 18 and I’d never left Ireland by myself," - Tuohy reflects on tough days after Grand Final win
You may also like
2 months ago
“Then he started scoring points from his own goal-line” – Delaney doing his club and family proud
4 months ago
Cutting through the contradictions from one of the worst television segments of the year
4 months ago
Colm Bonnar's post-match interview shows how cruel sport can be
4 months ago
Waterford's championship fate no longer in their own hands after explosive Sunday
4 months ago
"Jesus, no, if he finds out, he'll think I'm going soft now." - the social life of inter-county GAA players
4 months ago
"It's becoming nearly embarrassing watching hurling at the minute" - Calls for hand-pass rule change in hurling
Next Page