The GAA has faced heavy criticism for the ticketing system.

The Director of Communications for the GAA, Alan Milton, has said the GAA will learn from the chaos surrounding tickets for the All-Ireland Football semi-final between Dublin and Mayo this Saturday.

Many fans were left disappointed by failing to get tickets after queuing in stores across the two counties and waiting online for hours.

Some queued in the online portal for over five hours before being informed that there were no more tickets available.

The game is set to be an 82,300 sell-out, the first this summer in Croke Park as last year's winners Dublin take on a resurgent Mayo in what is the pick of the two semi-finals.

Speaking to RTÉ Radio 1’s Today with Miriam O’Callaghan, Milton said the GAA will communicate with ticketing site Tickets.ie to try and resolve any issues going forward but did say the extraordinary demand for tickets was a "big ask of the system".

"The system yesterday was dealing with 82,300 tickets for Saturday, potentially 60,000 for Sunday. Within that, you had 7,000 season ticket holders for Saturday, somewhere in the region of half that for Sunday," Milton said. 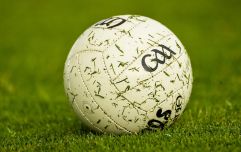 END_OF_DOCUMENT_TOKEN_TO_BE_REPLACED

"It was a big, big ask of the system.

"There are definitely learnings to be taken from yesterday. The key one for me from the correspondence I've received personally, would be the queuing system online.

"People had issues with it and we need to speak to Tickets.ie to find out whether or not there are issues, be that multiple browsers or people refreshing pages because it was very frustrating for people. And indeed for people in shops," he said.

popular
The SportsJOE 12 o'clock quiz | Day 113
QUIZ: Can you name the first professional teams of these footballers?
"Never back against the Irish" - How the BBC covered our USA 94 win over Italy
Jack Charlton's role in getting Roy Keane to Manchester United has been revealed
Roy Keane on the experience of being managed by Jack Charlton at USA 94
Can you name every English football league club that begins with 'S'?
Max Holloway's class gesture after controversial UFC 251 loss transcends the sport
You may also like
2 weeks ago
"I thought, 'What better time to get my experience than in a global pandemic?'" - Síofra Ní Chonaill
1 month ago
QUIZ: Name every All-Ireland football winner of the last 33 years?
1 month ago
Antrim's greatest day relived as TG4 unveil stunning schedule for June
1 month ago
What is the sport they are playing in Normal People?
2 months ago
QUIZ: Name the missing player from the All-Ireland final team sheets
2 months ago
QUIZ: How many of the 10 most successful football counties can you name without making a mistake?
Next Page