You can't keep a good man down!

Matthew Twomey is said to be the leading candidate in the race to replace Paudie Murray as Cork senior camogie manager and the word is that, if the Douglas man gets the job, Davy Fitzgerald will be a part of his management ticket as the team's coach.

The Clare-man was heavily linked with the Galway hurling job last month only to be pipped at the post by Henry Shefflin but, ever since he left Wexford at the end of this summer, he has refused to rule anything out. It's going on 36 years now that he has been involved in the inter-county game, first as a player and then as a a manager, and with his Sixmilebridge team getting knocked out of Clare early, it seems that Fitzgerald is ready to rock again.

END_OF_DOCUMENT_TOKEN_TO_BE_REPLACED

Cork's Evening Echo had it last night that, with Twomey the front-runner for the job, Fitzgerald is on the verge of getting back involved. It wouldn't be his first role in the women's game with Fitzgerald having managed the Clare minor team to the All-Ireland final in 2008 while he helped Ardrahan to a Galway senior title in 2018.

He's currently on our screens as a coach in Ireland's Fittest Family, a show he's one of the creators of, but all those commitments and all these years don't seem to have worn him out just yet. 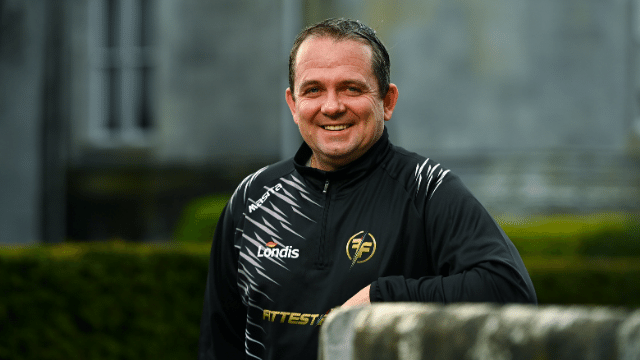 Cork haven't won an All-Ireland camogie title in four years, their last win coming in 2018 when they defeated Kilkenny. That would be considered a drought for a county of their tradition and having narrowly lost the final to Galway this year, Paudie Murray stepped away from the role he held for a decade. There is a mix of youth and experience in the squad though and along with Kilkenny and Galway, they will be favourites come 2022 once again.


popular
Gearoid Hegarty's harsh red card leads to a heated debate in The Sunday Game studio
French media rave about Caelan Doris and 'Playstation rugby' from Leinster
Somehow, we all may have underestimated Johnny Sexton
Austin Gleeson sent off as Seamus Harnedy stands up again with an absolute stormer
Erik ten Hag terminates contract with Ajax early to start work at Man United
Liverpool and Chelsea fans go viral after bizarre FA Cup final confrontation
Rory Gallagher absolutely loses his mind celebrating as Derry beat Monaghan in Ulster semi-final
You may also like
2 weeks ago
Welcome to hell with one of the toughest corner backs in hurling
3 weeks ago
"Give it a bash for a year" - Patrick Campbell on the Zoom call that changed his sporting life
3 weeks ago
"Yeah you've a system to play, but there are 1000 variables in a game of hurling."
4 weeks ago
"Are Cork wronging Coleman here?" - Donal Óg questions Cork's tactics against Limerick
1 month ago
Shane Meehan shows his class with breath-taker of a goal against Cork under-20s
1 month ago
Job done, onto the next one for Waterford as Prunty and Bennett steer the ship
Next Page