The end of an era.

He's a decisive character, there is no doubt it, but Davy Fitzgerald has brought energy, passion and entertainment to the game, and some special memories for Wexford fans.

Wexford GAA confirmed the news earlier today that after five years in charge, he has left his position as manager.

"I have informed the County Board that I will not be in a position to continue in my role as Bainisteoir of the Wexford Senior Hurling team.

"The main reason for this is down to the six-hour round trip from my home in Sixmilebridge, which I have done for the last five years.

"I have never felt closer or happier with any team in all my years coaching and I thoroughly enjoyed every second of my five years in Wexford.

"It has been an absolute privilege and an honour to have worked with every one of the players during my time in Wexford. 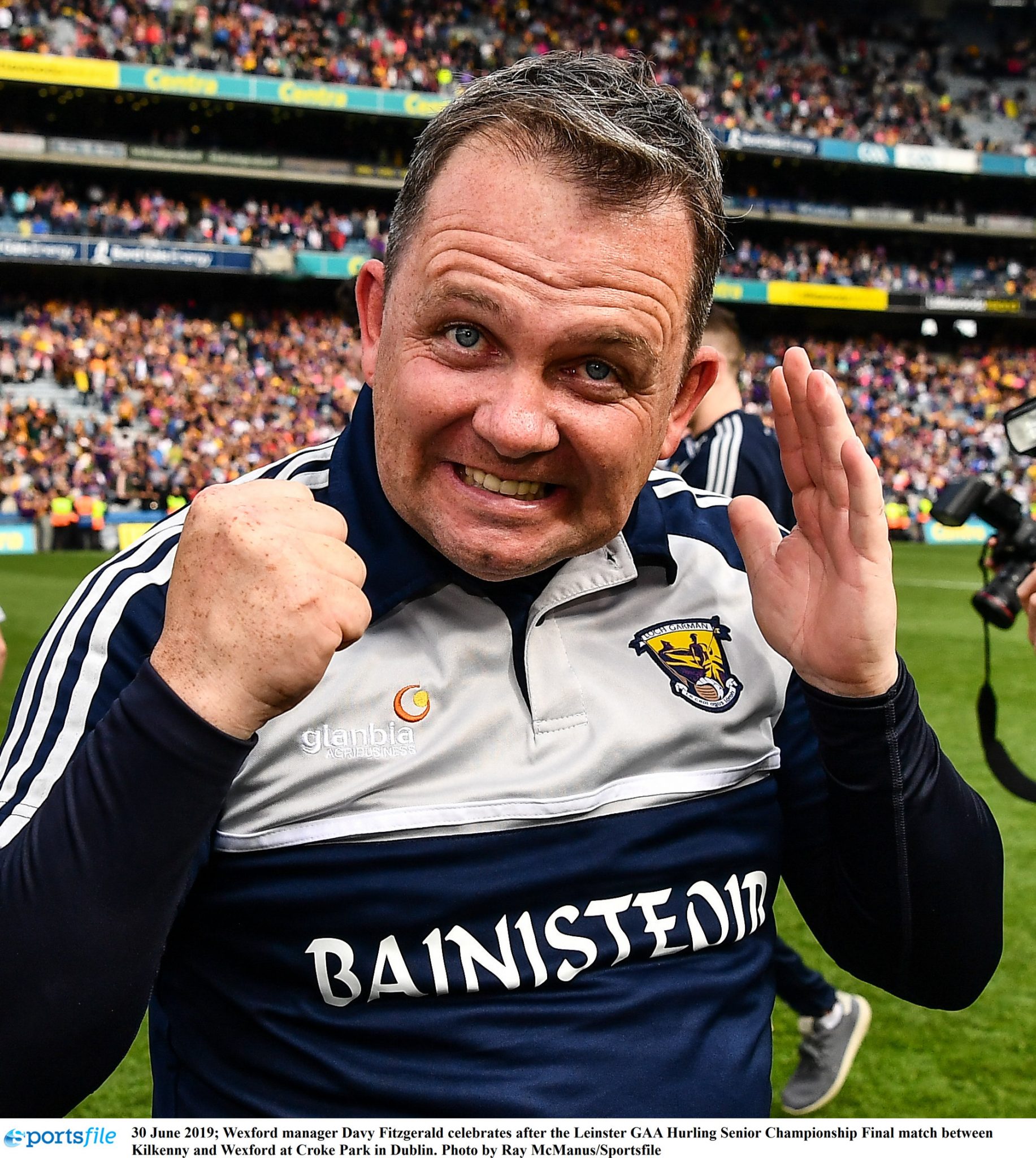 "There were ups and downs, highs and lows, as is the nature of sport, all of which was experienced with a sense of collective pride and enjoyment.

"To the players, county board, clubs and people of Wexford, I wish to thank each and every one of you for playing no small part in every enjoyable second of the journey.

"From the first meeting in Gorey in October 2016 to last Saturday week in Thurles you have all made me feel so welcome, supported and proud to be involved with Wexford.

"On behalf of myself and my backroom team I wish to thank everyone associated with Wexford GAA for everything over the last five years and I wish you all the very best for the future. Le Croí agus Lámh, Davy."

Wexford GAA chairman Mícheál Martin said: "We wish to sincerely thank Davy and his backroom team for the manner in which they have carried out their duties over their stewardship.

"Davy's arrival in 2017 resulted in immediate promotion to Division One of the National Hurling League and a first Leinster Final appearance since 2008.

"In the last five years we have been consistently competitive, with the 2019 Leinster final victory the standout moment.

"Davy's contribution to the activities of Wexford GAA went above and beyond those expected from a Senior Team Manager. Davy is and will always be held in the highest of esteem by all in Wexford GAA."


popular
The best nicknames in the GAA as chosen by you
If it was easy we'd all be doing it
Jamie Heaslip delivers Jack Carty reality check, hours before Ireland call-up
Predicting Ireland's starting XV for Wales after Andy Farrell squad announcement
NFL star happy to admit rugby is 'tougher and more athletic' than American Football
Australia confirms Novak Djokovic is banned from country for three years
Scott Brown waves off Rangers' Ryan Kent after red card
You may also like
5 days ago
The GAA should do more to celebrate the top scorers of their sports
5 days ago
Sambo's Laochra Gael episode may be the most powerful GAA documentary there is
1 week ago
Pauric Mahony gives advice on how GAA players can recover from ACL injuries
1 week ago
America produces the goods again with another gorgeous GAA jersey
1 week ago
Ulster GAA secretary wants to change the steps rule in Gaelic football
1 month ago
Bill Cooper announces his retirement from inter-county hurling
Next Page