" If a fellow doesn't take that first option and has to wheel around, it’s because he’s not aware of his surroundings."

If you were to watch a highlights reel of Galway's league campaign, you will be rewarded with some of the best individual performances you could see from a Gaelic footballer.

Shane Walsh was in unstoppable form, he was so direct, so fast, so brave and just took on everyone in his sights, abandoning all caution to the wind.

Some of the scores he got were just outrageous, but as the championship has begun, the Galway star hasn't quite found that same form. 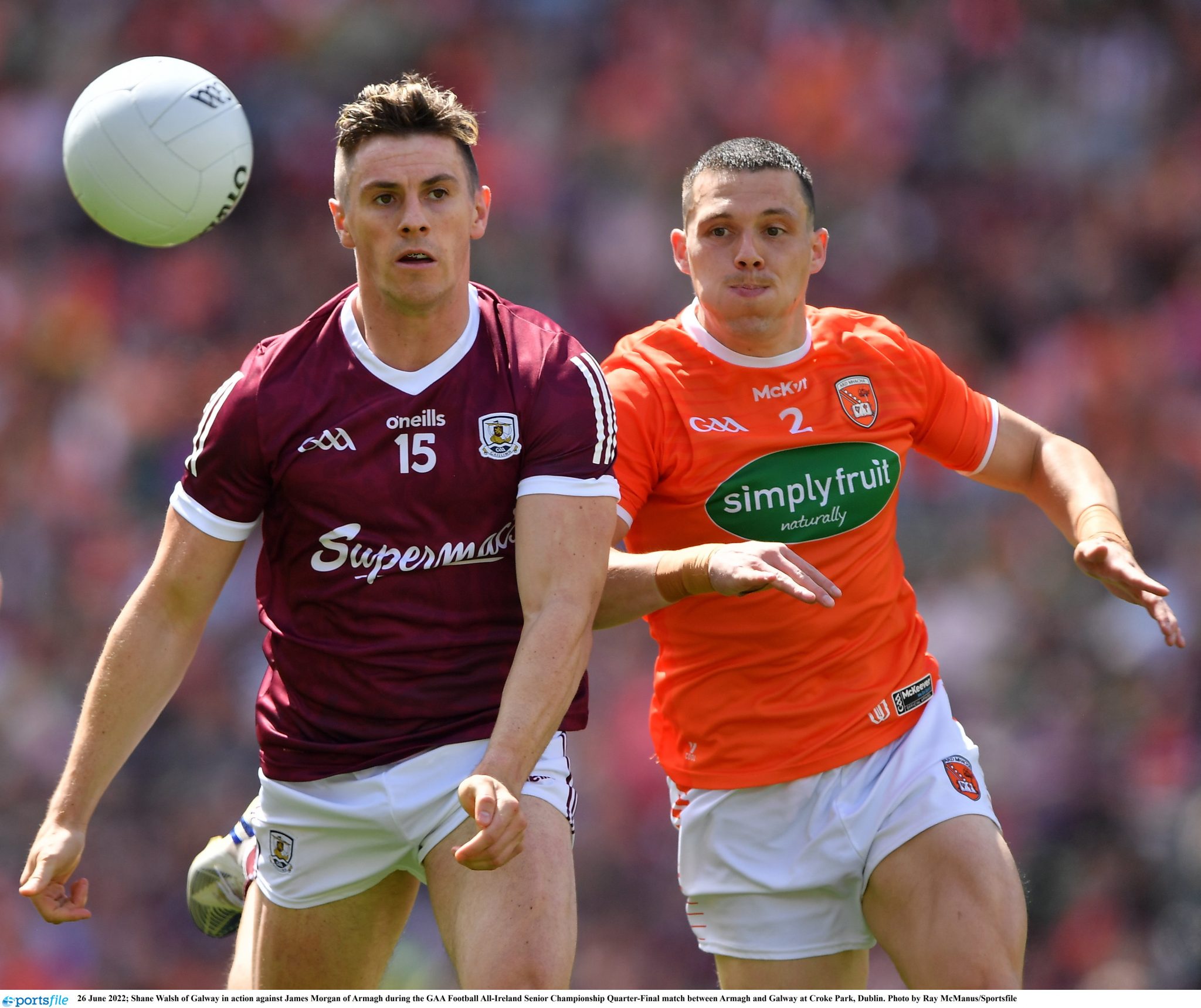 END_OF_DOCUMENT_TOKEN_TO_BE_REPLACED

Still absolutely pivotal in big moments, particularly in dead-ball situations, but not grabbing the game by the scruff of the neck like you would expect him too.

Speaking on the GAA Hour, Darran O'Sullivan explains why this might be the case.

END_OF_DOCUMENT_TOKEN_TO_BE_REPLACED

"Somebody from a Kerry point of view who I think they would have to be very wary of, and not just because Shane Walsh has all of the talent in the world and the speed and the strength, and is as good with a left and right foot as anybody in the country - he’s been quiet the last two games, for his own standard. 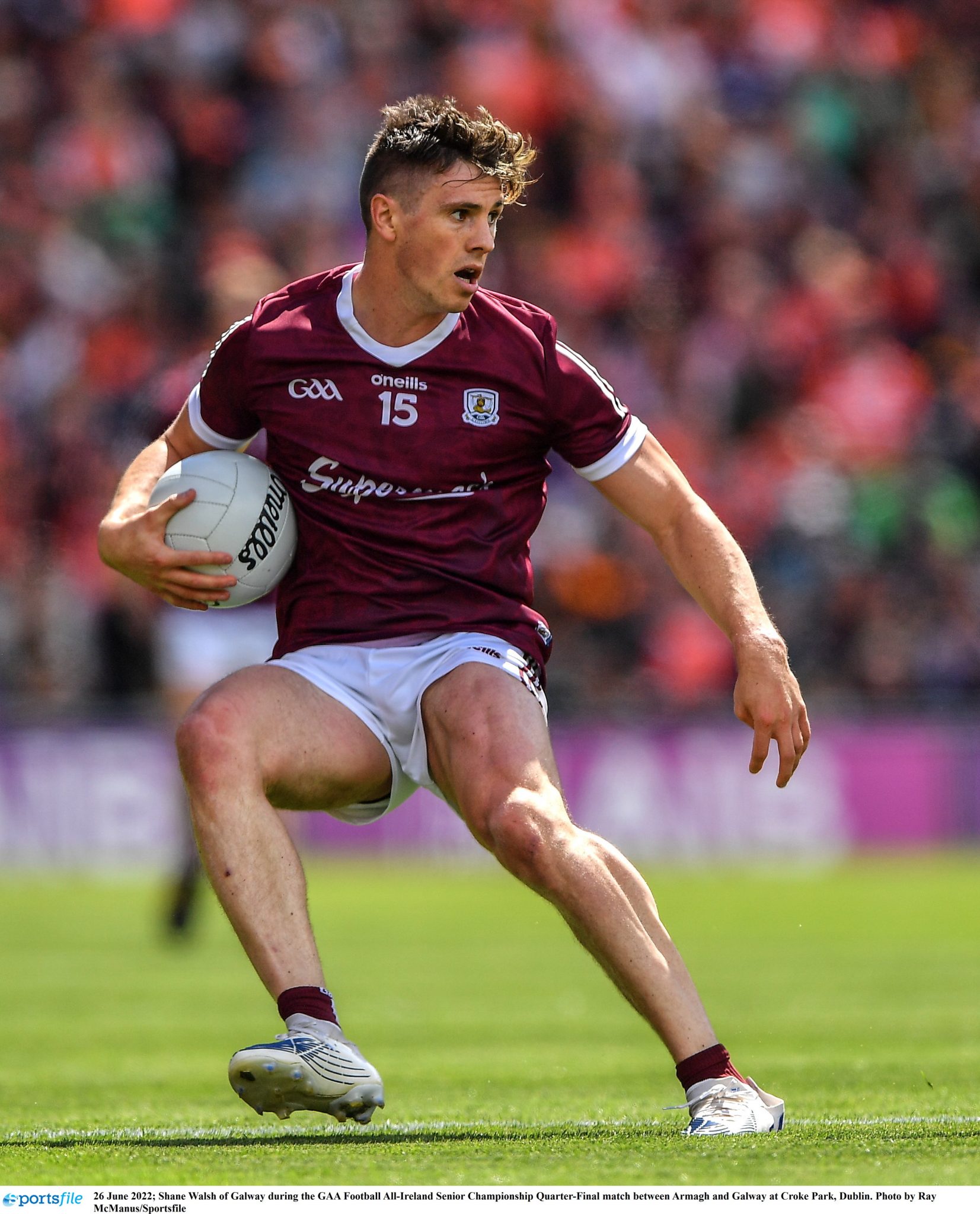 "Yes his frees have been excellent which you would expect, but from play he’s been quiet, and he’s somebody now, who wants to be in that same conversation with David Clifford, Con O’Callaghan, Darren McCurry, all of these A-class forwards, there’s currently a question mark about him, so I think it’s a huge game for him.

"The last two big games kind of passed him by, maybe trying a bit too much at times, instead of maybe trying to do something special all of the time, just try and be a constant threat, and constantly doing the right things, even if they are simple, so I think it’s going to be a big day for him.

"It will be interesting for him, like Tom O'Sullivan coming out the field marking him, he’ll have his hands full." 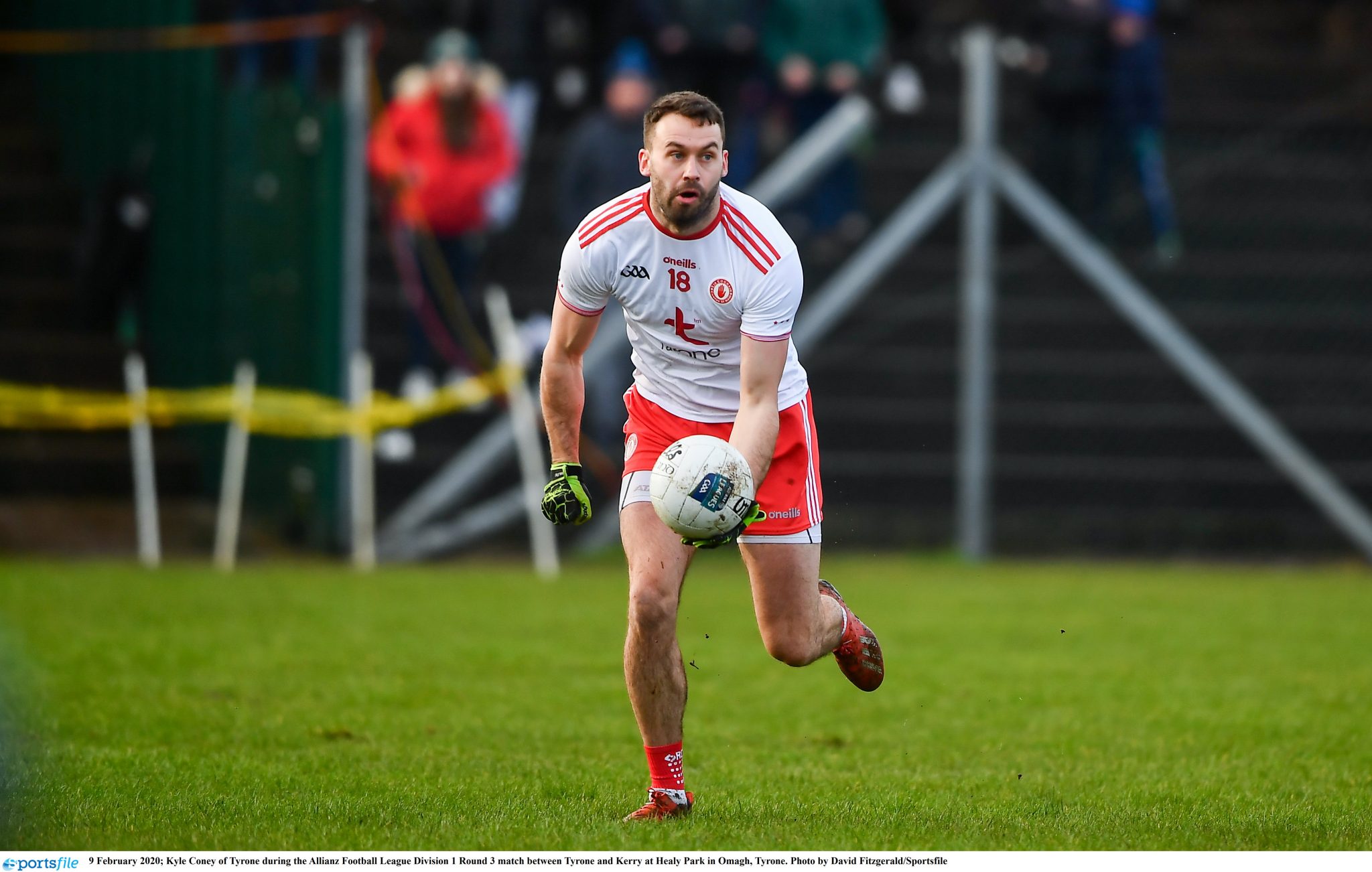 END_OF_DOCUMENT_TOKEN_TO_BE_REPLACED

Tyrone's Kyle Coney was also on the show, and believes that it could be a case of trying too hard.

"Sometimes - a lot of the time - the right option is the first option, sometimes when you try and somebody is going passed you, and you don’t use it and you come around, and you try to solo left, solo right, and go passed someone and it doesn’t work - if he could use the first option and get himself back into the game more, he probably tries something special all of the time, and forces it maybe sometimes. "

""If it comes off - unbelievable." 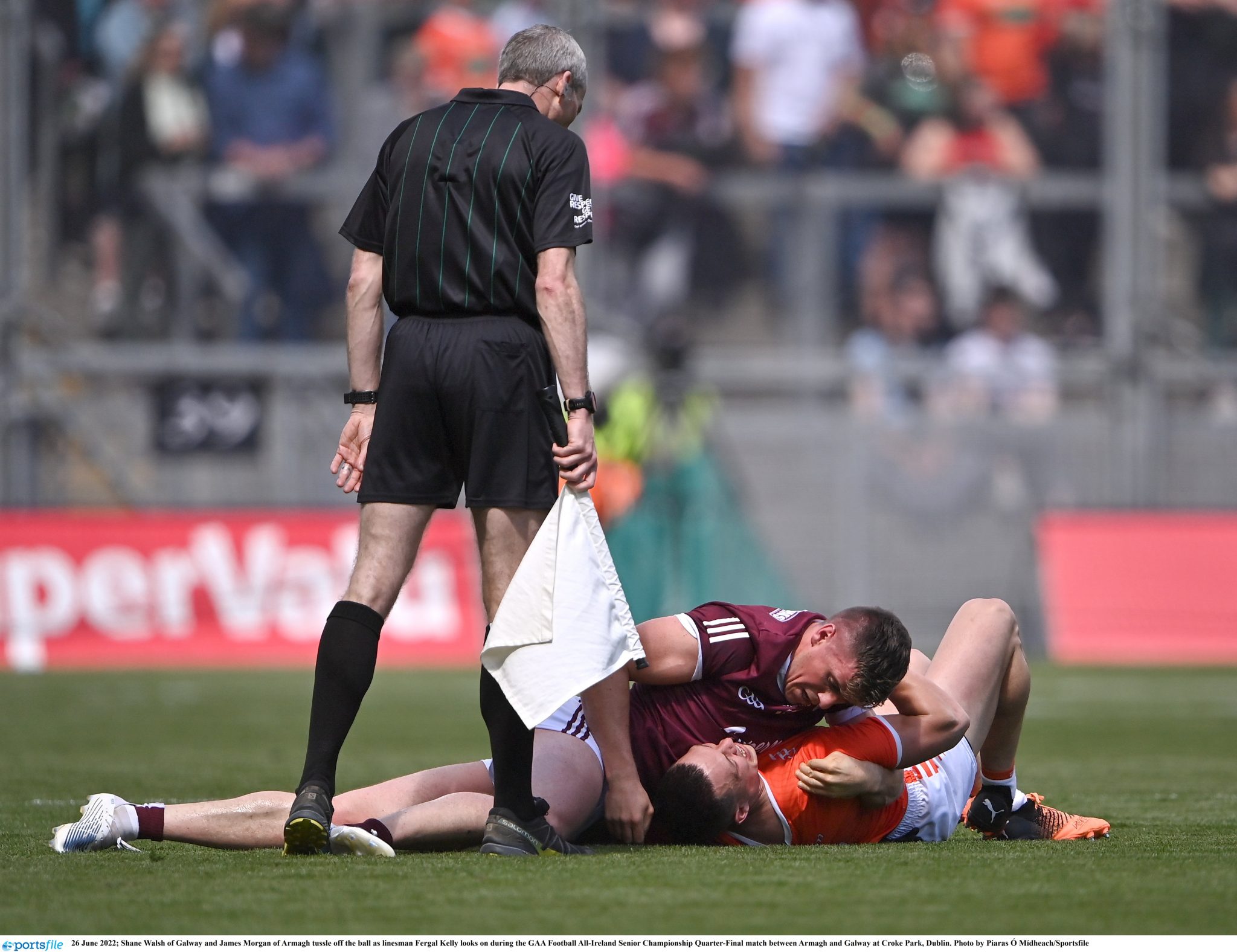 "I always find though if a fellow doesn't take that first option and has to wheel around, it’s because he’s not aware of his surroundings" added O'Sullivan.

"So maybe it’s something that he has to bring into his game, you know, you see them talking in soccer sometimes, I was listening to Roy Keane, who was actually on about Jack Grealish, and the amount of touches, or maybe it was Souness, one of them was on about all of the touches he has, all of the times he gets fouled, and they said ‘well he has to take them touches, because he's actually not aware of what’s going on around him.’" 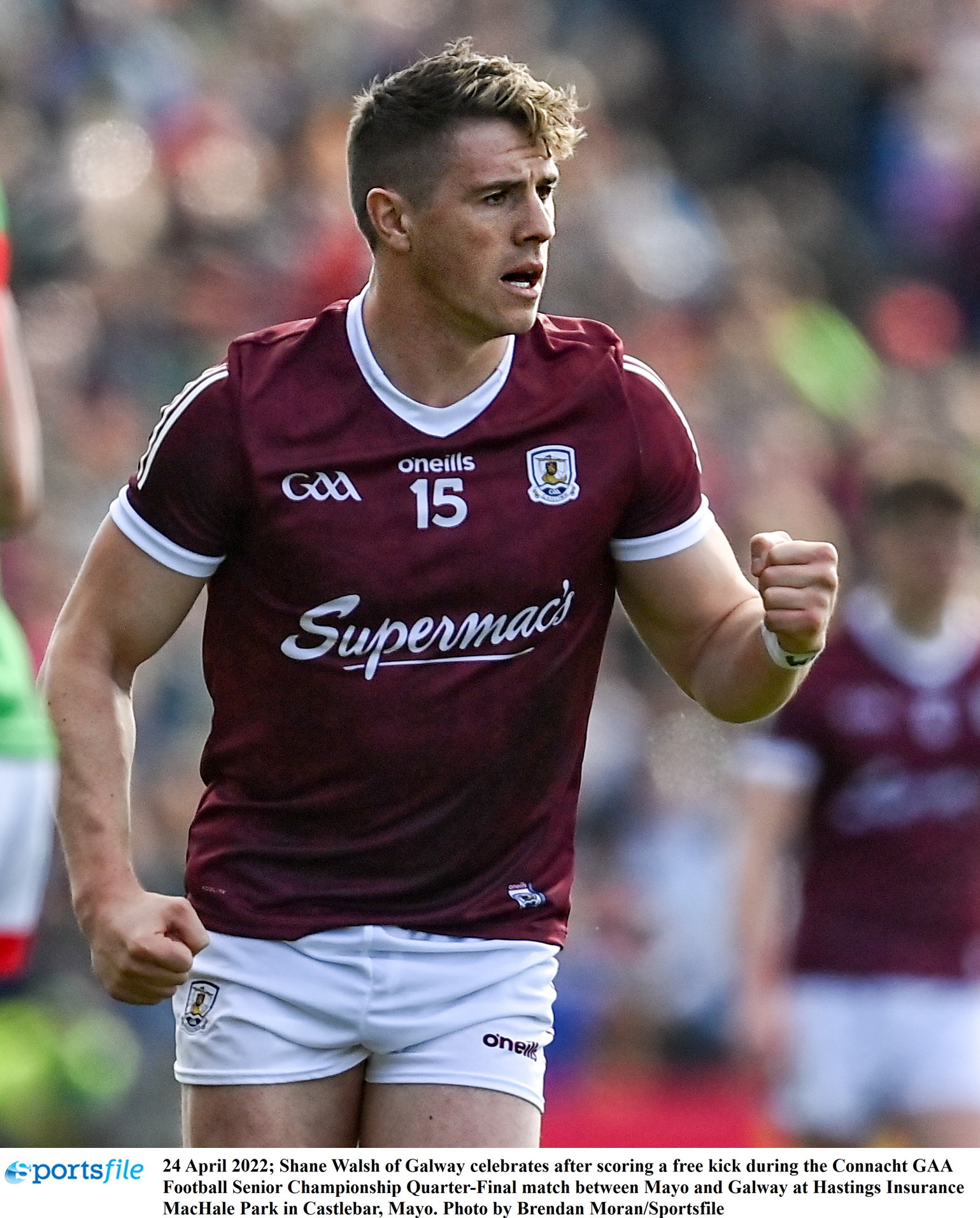 Neither O'Sullivan, or Coney said it - but the fact that Walsh and Grealish both have a fantastic head of hair is another, although probably less important, comparison.

You can listen to the full episode of the GAA Hour now.