Kerry fans licking their lips as newcomers do the business

It was a good day for Kerry.

Because only for him, the crowd in Fitzgerald Stadium may not have seen a score from play in the first half on Sunday and only for him, Kerry fans wouldn't have yet another young forward to bank on for the year ahead. 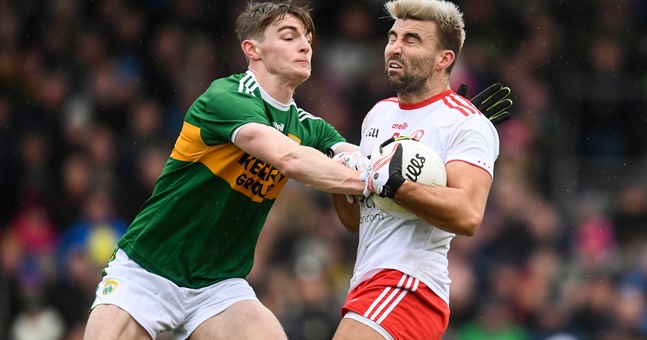 A good start in the League is half the battle for team and management and with a win like this under their belts, the Kerry lads can now kick on into the next few games with confidence and with the shackles off.

God knows they'll be a dangerous proposition then.

With David Clifford, James O'Donoghue, all the Dr Crokes boys, Killian Young and a few more unavailable for selection for this League pipe-opener, a host of newcomers were given their chances to impress.

And a few lads didn't just take the chance, they absolutely relished it.

One of those was Jack Sherwood at full back. The Firies club man has been knocking around the senior football set-up in the county for a number of years now never to nail down his position but with number three such a problem spot for them over the last few years, his assured, confident display at the edge of the square really bodes well for the year ahead and if he can keep up the type of form that saw him keep Mulgrew scoreless and Coney out of it for large parts, he'll be in with a shout for a place during the summer. 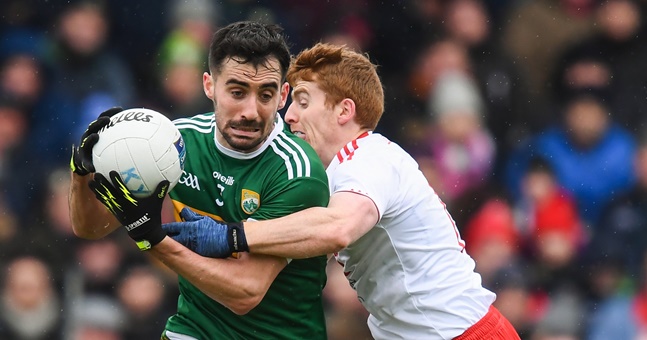 END_OF_DOCUMENT_TOKEN_TO_BE_REPLACED

Na Gaeil club man Diarmuid O'Connor was another who showed well on his senior debut but the real star of the show was one more of last year's under-20 batch in Spa club man Dara Moynihan.

Having ripped it up for Tralee IT in their Sigerson Cup battering of IT Sligo during the week, the half forward came into this game with plenty of confidence and he picked up from exactly where he left off.

With James O'Donoghue a late withdrawal, Peter Keane called on the man that won a minor All-Ireland under him in 2016 and he didn't let him down. After showing well in the early stages of the first half, he kicked two fine scores from open play late on to give Kerry a vital edge going into the second period.

He continued that lively, jinky form into the second half and he posed problems for the Tyrone back men all day long. 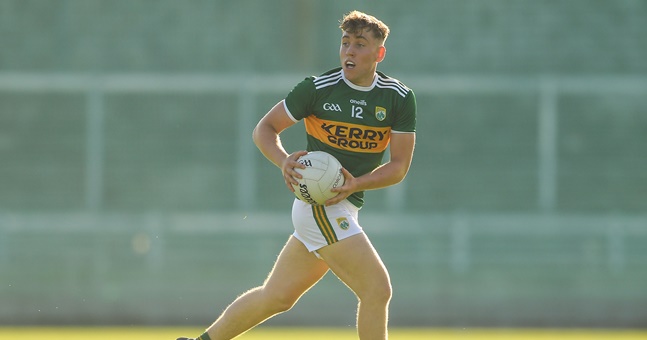 Expect to hear plenty of this lad in the next few months and when you combine his progress with Sean O'Shea's rapid ascendancy, it's clear as day that Kingdom are coming again.

Not one of the best games, but great to start with a win, a lot of positives, Dara Moynihan superb today, Tyrone were woeful tho #ComeOnYouKingdom

Dara Moynihan has been unreal for Kerry on his debut. Putrid enough game, first score from play by either team was after 33mins. 05 - 01 to Kerry. New rules confusing Tyrone yet they went through all the McKenna cup with them in place? #AllianzLeagues


popular
Shane Walsh provides one of the all-time great captain speeches as Tullaroan take a thriller
UFC 246 main card loses big fight after weigh-in fiasco
Maximum prison sentence now facing Conor McGregor is 11 years
UFC star Donald Cerrone is missing half his intestines due to an accident
"I probably should, but I don't think I will" - Cerrone vows to stand and scrap
This was the incredible weight difference between Conor McGregor and Nate Diaz at UFC 196
Conor McGregor prepared to risk it all on next fight
You may also like
1 month ago
GAA JOE football team of the weekend
1 month ago
From the greens of Bishopstown to the Premier League - John Egan's remarkable rise
2 months ago
David Clifford stars as East Kerry slay Dr Crokes in Tralee thrashing
2 months ago
From football fantasy to hurling final, Antrim dual club the story of scintillating weekend
2 months ago
GAA JOE club football team of the weekend
2 months ago
Shooting practice for east Kerry's gunslingers as Ó Sé talks up eldest Clifford's Kerry chances
Next Page