The minute we got up to the Crossmaglen Rangers clubhouse, Margaret McConville had a cup of tea in front of us.

And Margaret McShane brought the homemade buns. Joe and Aaron Kernan were soon to arrive and it wasn't long before the chat was flowing.

Crossmaglen Rangers is a football club, but it's the life and soul of this South Armagh community as well. Years separate Aaron Kernan and the two Margarets, but they get on like teammates.

McConville was keen to let us know that a cup of tea and some of these homemade buns make up the Friday night ritual before games.

"Only championship games," she says. "It's been going for nearly 25 years now."

There's magic in those cups of tea. In the last 25 years, Crossmaglen Rangers have been far and away the most successful club in this land.

Joe Kernan was the man who started it all, having managed his beloved Cross to three All-Irelands in four fantastic years. He's still involved, on the board, in the committee meetings. This place, St Oliver Plunkett Park, is still his second home. 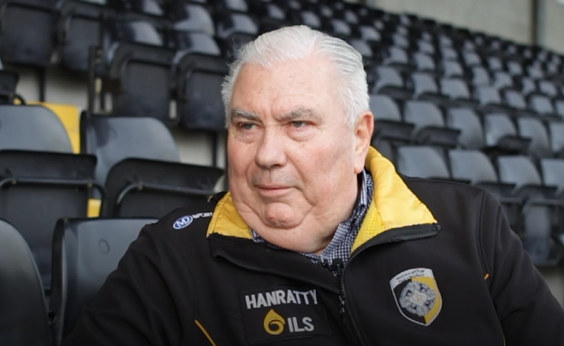 His son Aaron has been there all the way. Has 16 Armagh championships to his name and is club captain this year as they attempt to conquer Ulster again. He took a break from the family estate agents in Cross to have a chat with us. He's hungry as ever. 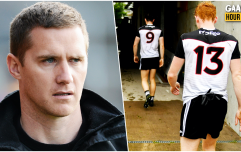 END_OF_DOCUMENT_TOKEN_TO_BE_REPLACED

It seems like Margaret McConville will always be there. She's the president, and the face of Crossmaglen Rangers GAC. She recalls watching the team win in 1947, when her brother captained Cross to Armagh glory. She watched on with pride as her son Oisin became one of Ireland's greatest ever club players.

She looks on nowadays too, with her three grandsons Rian, Oisin O'Neill and Cian McConville ripping defences to shreds in the famous black and amber jersey.

She's one of the warmest people you could hope to meet. Watch the great Crossmaglen Rangers story here, as told by Joe, Aaron and Margaret.

How @crossrangers rose above it all to become Ireland's most iconic GAA club. pic.twitter.com/A7gkWoSh0x


popular
The SportsJOE 12 o'clock quiz | Day 307
QUIZ: Identify the missing sponsors from these football jerseys
"People that get All-Stars aren't just a cog in the wheel. These are the special, outstanding players"
QUIZ: Name all 50 of these 2000s Champions League players – #4
Cristiano Ronaldo sets rough retirement date
"I was like, ‘My ear is hanging off my head. Can you not see that?!'"
Japanese rugby players living off the classic Irish school lunch for pre-match-meal

You may also like
2 weeks ago
"The best way I could go out and honour him was to go out and play, and to play the best that I could"
1 month ago
Armagh prodigy returns home after calling time on AFL career
2 months ago
Free-scoring Mackin lights up the ladies championship for Armagh
3 months ago
Ladies championship starts with fireworks as Armagh blitz Tyrone in nine goal thriller
4 months ago
QUIZ: Which is the correct GAA crest?
5 months ago
The Armagh club drawn from 200 homes that dethroned the mighty Crossmaglen
Next Page