Colm Parkinson was only joking.

But it tells a lot about Aaron Kernan's mentality and it says a lot about Crossmaglen that Kernan didn't really get the joke.

END_OF_DOCUMENT_TOKEN_TO_BE_REPLACED

For the first time since 1994, Crossmaglen went into the 2018 Armagh senior football championship having gone two years without contesting the county final, having spent two years in the doldrums.

For most clubs in Ireland, that's a harsh normality. For Crossmaglen, it's a full-on drought, a travesty.

"It felt like it was a lifetime...When you're growing up (having won 19 of the last 20 finals), you're just like 'we're there, we're in these finals, we win these finals," he said on Monday's GAA Hour podcast.

That's they type of place Crossmaglen is, that's the way these people think.

It was 2015 and Crossmaglen had won 19 of the last 20 Armagh titles. They'd won 11 Ulsters and they'd won six All-Irelands in that period too - the most fruitful period any Irish GAA club has ever achieved in such a short space of time.

They lost the 2015 All-Ireland club semi-final to Castlebar Mitchels and they didn't really return until last Sunday, when they defeated Ballymacnab to end the famine and win their first Armagh title in three years. 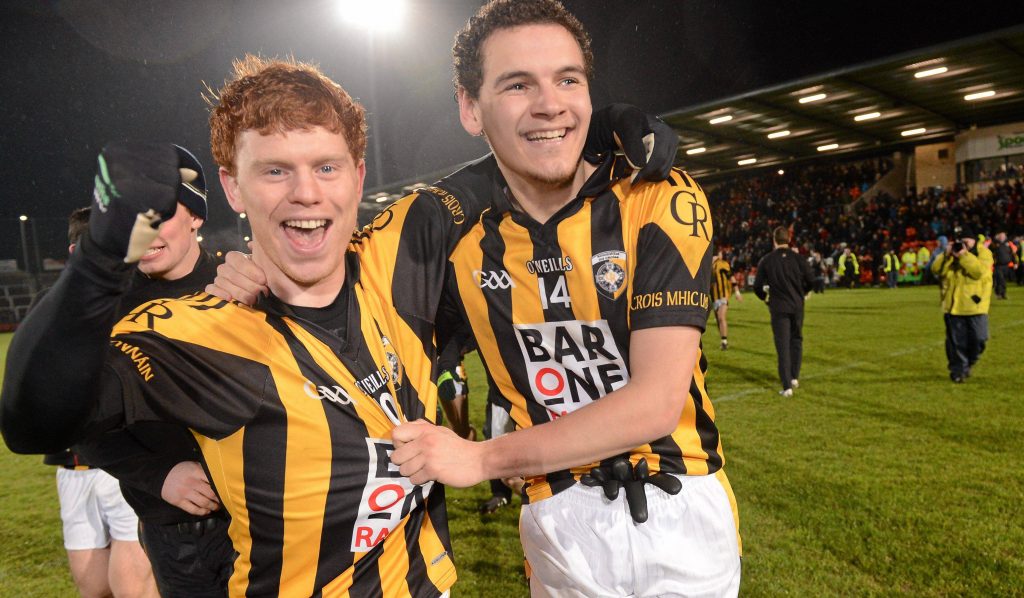 "It's years since I heard the Crossmaglen support go as mad as they did, they were beating the back of the stand," he said.

"The McEntees, Paul Hearty, Oisín McConville, were all there (in the clubhouse)...everyone was there, with all their children...It was brilliant to see these lads there enjoying it." END_OF_DOCUMENT_TOKEN_TO_BE_REPLACED

Now they are back and they're bounding into the Ulster quarter final Saturday week against Coalisland with that unshakeable belief in their heads again and that familiar certainty about themselves again.

Only difference is, it's a new Crossmaglen team now.

"These young lads. They found their feet in the championship and they've been getting better and better as the weeks progressed."

The young lads have taken over. Only seven of the team who started against Castlebar that fateful day in Croker are still between 1 and 15 now.

You can listen to the Kernan interview, the Odhran Mac Niallais love-in and much more from Monday's GAA Hour Show right here.


popular
Six All Blacks but no Ireland players in world's top 20 list headed by Antoine Dupont
Nigel Owens on most annoying players to referee (three of them are Irish)
"I asked one question and lads slagged the arse off me!" - Johnny Sexton on Roy Keane chat
Seamus Coleman gives brilliant post-match interview after Everton beat Arsenal
"Women's rugby deserves better and he's not the man for the job"
Tadhg Furlong gets some love as 2021 'Best XV' debate sparked
"My thoughts were with him initially and that's why I got emotional" - Mulcahy still the man for Kilmallock
You may also like
1 month ago
"I'll go back running the roads now and make sure my body doesn't get lazy"
1 month ago
"There are clubs in every county that you just know - they like fighting." - Fighting passes on through the generations
2 months ago
Wooly and McAvoy clash on the subject of Championship reform
2 months ago
"That's just sport. It made yesterday all the sweeter." - After the darkness comes light for Mahony
2 months ago
GAA could learn a thing or two from AFL's parade and self-promotion
2 months ago
"I am a very nervous person" - Morgan's pre-game routine shows that nerves are part of the journey
Next Page