It was business as usual for Jim Gavin's Dubs.

After disappointing against Monaghan last weekend, Cormac Costello turned on the style in Croke Park to fire Dublin to a comprehensive victory over Galway and to get their Allianz National League campaign back on track.

In fairness, Costello and co. weren't long back from a team holiday last weekend when they landed in Clones but if that was their pipe-opener, this was their marker.

Galway started well, with the rangy and skilful Peter Cooke kicking a pair of fine early scores to send Galway into an early lead but as soon as the second half began, Dublin kicked into gear.

Their Whitehall Colmcille star led the charge. He kicked a number of wonderful scores, none finer than a beauty off the turn in the 52nd minute after he'd been found by Dean Rock.

That put the Dubs four up and they really found their groove from there, Dean Rock dispossessing Maghnus Breathnach for a goal and with  Niall Scully coming into his own late on.

Diarmuid Connolly was watching the game from the stands in Mossy Quinn and Anton O'Toole's company.

What every Dublin fan and indeed every Gaelic football fan would give to see him back out there.

Donegal didn't do too much but they did enough to beat Meath in Mac Cumhail Park in their Divsion Two meeting. A lucky second half goal from midfielder Caolan McGonagle made all the difference as they came from behind to beat Andy McEntee's side.

Prior to that flicked-on goal, Declan Bonner's men were down by four and struggling but that got them going and they would kick three more points and hold Meath scoreless from there on in. 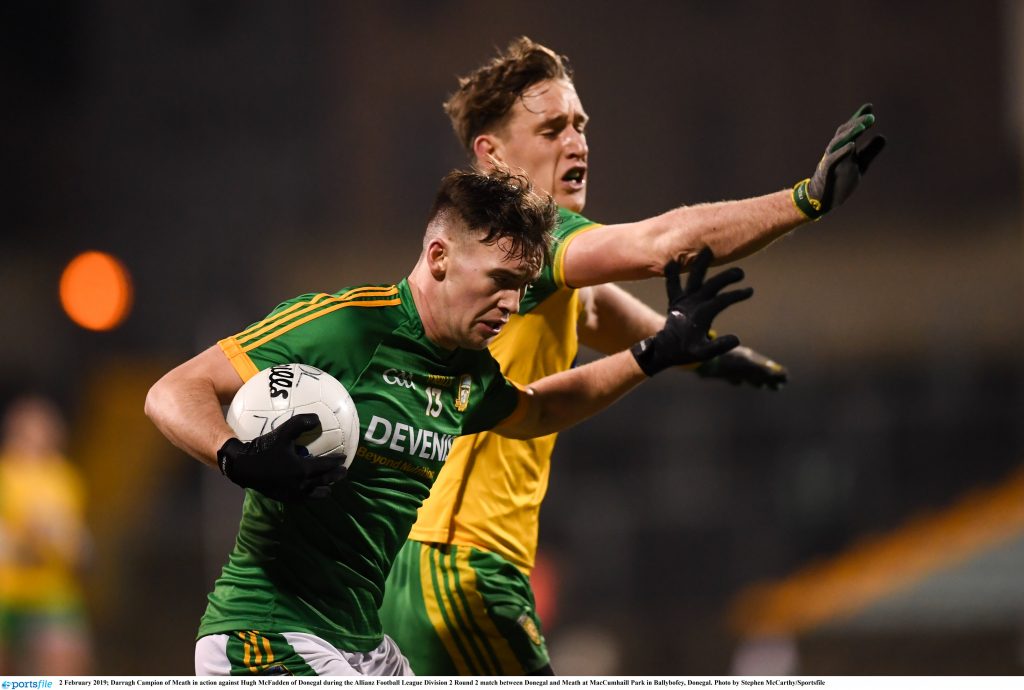 Up to that point, roving half backs James McEntee and Niall Kane were causing problems for Donegal but with the finishing line in sight, the home side kicked on.

Ciaran Thompson came into his own for the men from the hills and the left footer ended his day with five points, three of them from play while Michael Langan and Jamie Brennan also kicked late points.